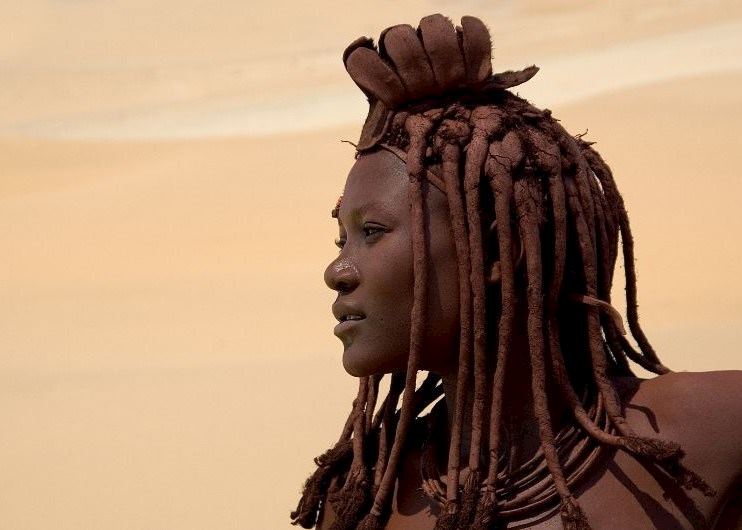 The Himba people are probably the most easily recognised of Namibia’s ethnic groups. Their images are widely used to advertise the country, but their numbers make up just one or two per cent of the population.

They are a semi-nomadic tribe whose existence centres on herding and breeding sheep, cattle and goats. The women are known for covering their bodies with otjize, a mixture of butter fat and ochre which gives their skin and plaited hair a reddish tinge. Traditionally both men and women go topless and wear skirts or loincloths made of animal skins. Modern clothes are scarce, but generally go to the men when available. 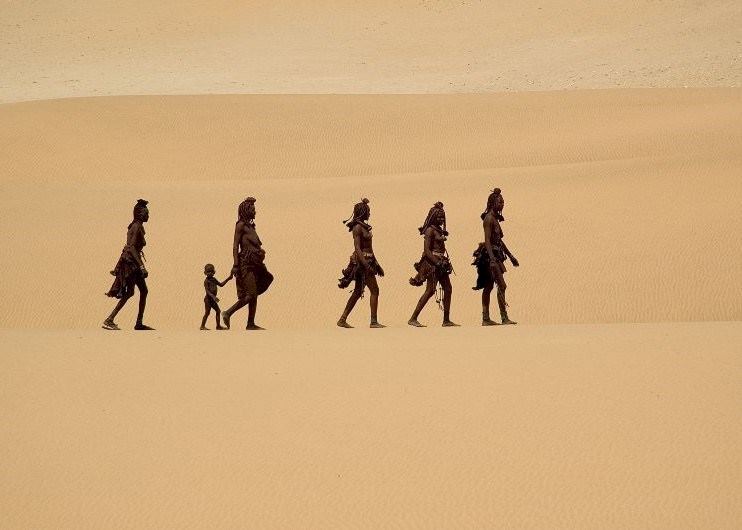 The Himba maintain their traditional beliefs including ancestor worship and rituals concerning okoruwo (a sacred fire) which is considered an important link between the living and the dead. Each settlement has an okoruwo which is always positioned between the entrance to the kraal (village) and the door of the main dwelling. This is used to light all fires in the settlement and it is the duty of the oldest member of the patriclan to ensure that it is kept smouldering and never goes out. Flames from the okoruwo are used for daily rituals and special ceremonies like births, deaths, marriages and circumcision, and it is through this medium that communication takes place with the ancestral spirits. 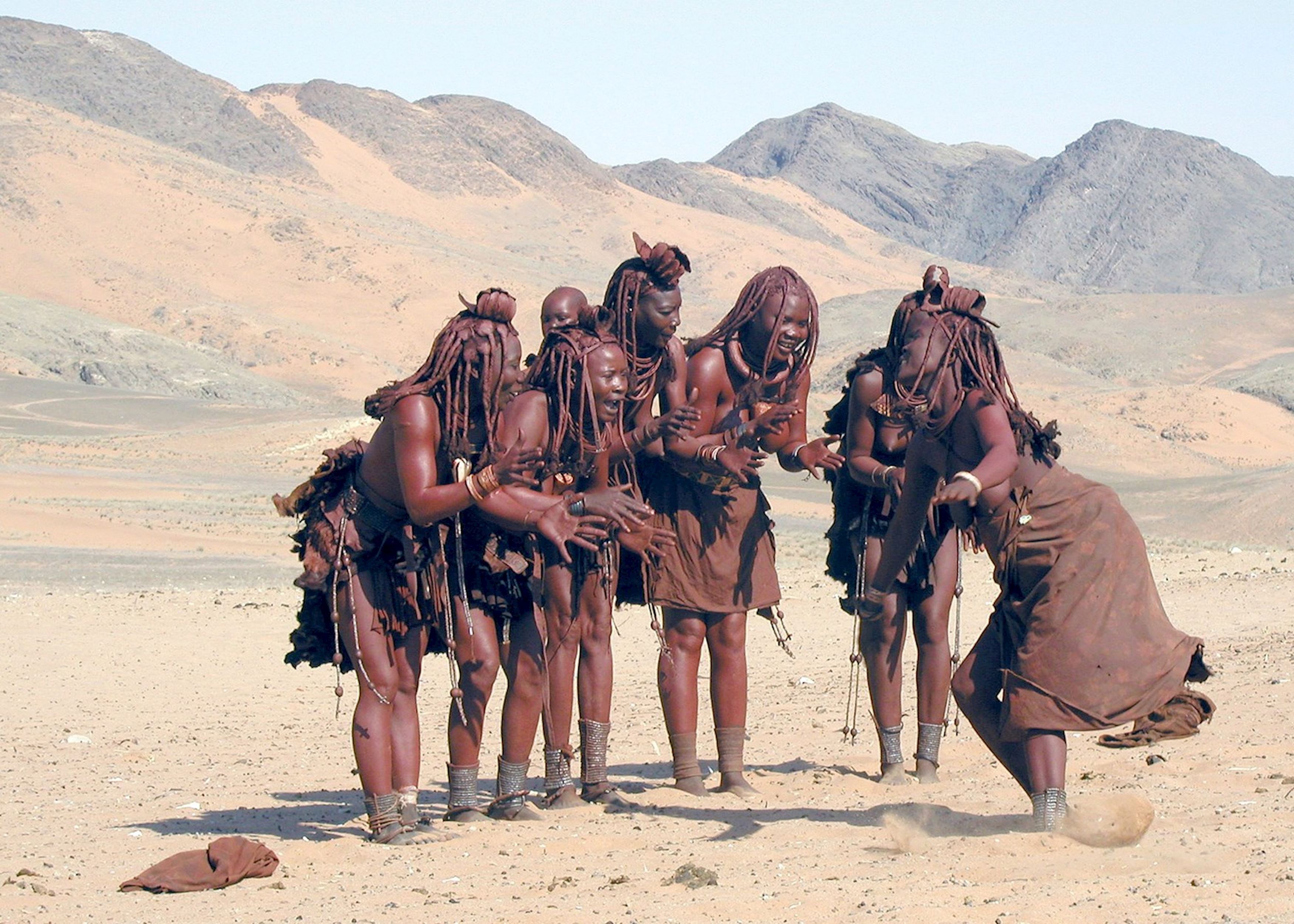 The Himba inhabit the Kunene Region (also known as Kaokoland) in north-western Namibia, a remote corner of the country that few tourists visit. This region is relatively unexplored and will appeal to the more adventurous traveller. To the north is the Kunene River, which separates Angola from Namibia, to the south is Damaraland and to the west is the incredible Skeleton Coast. 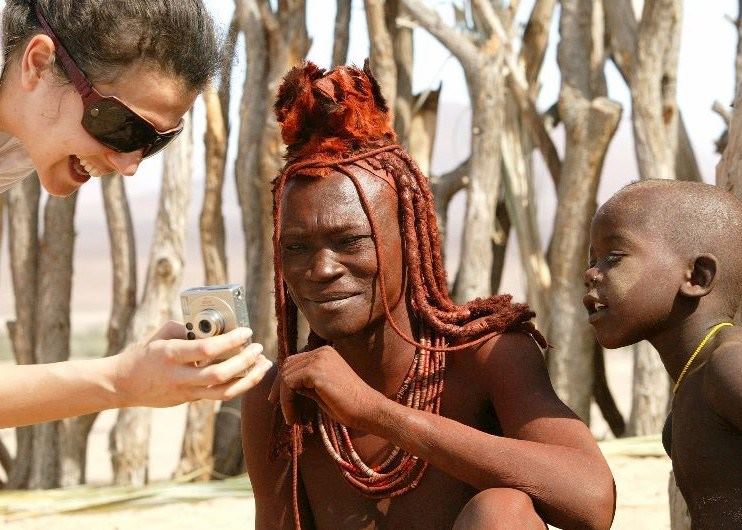 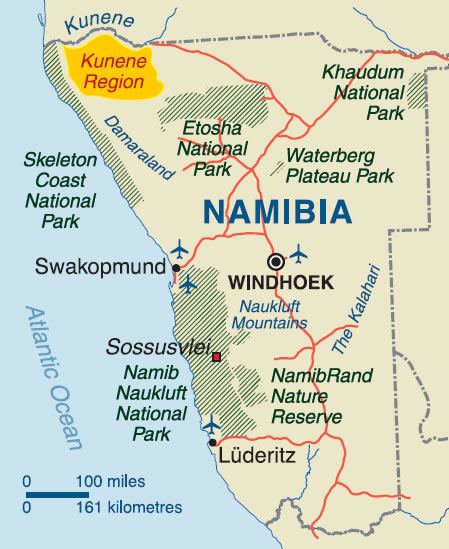 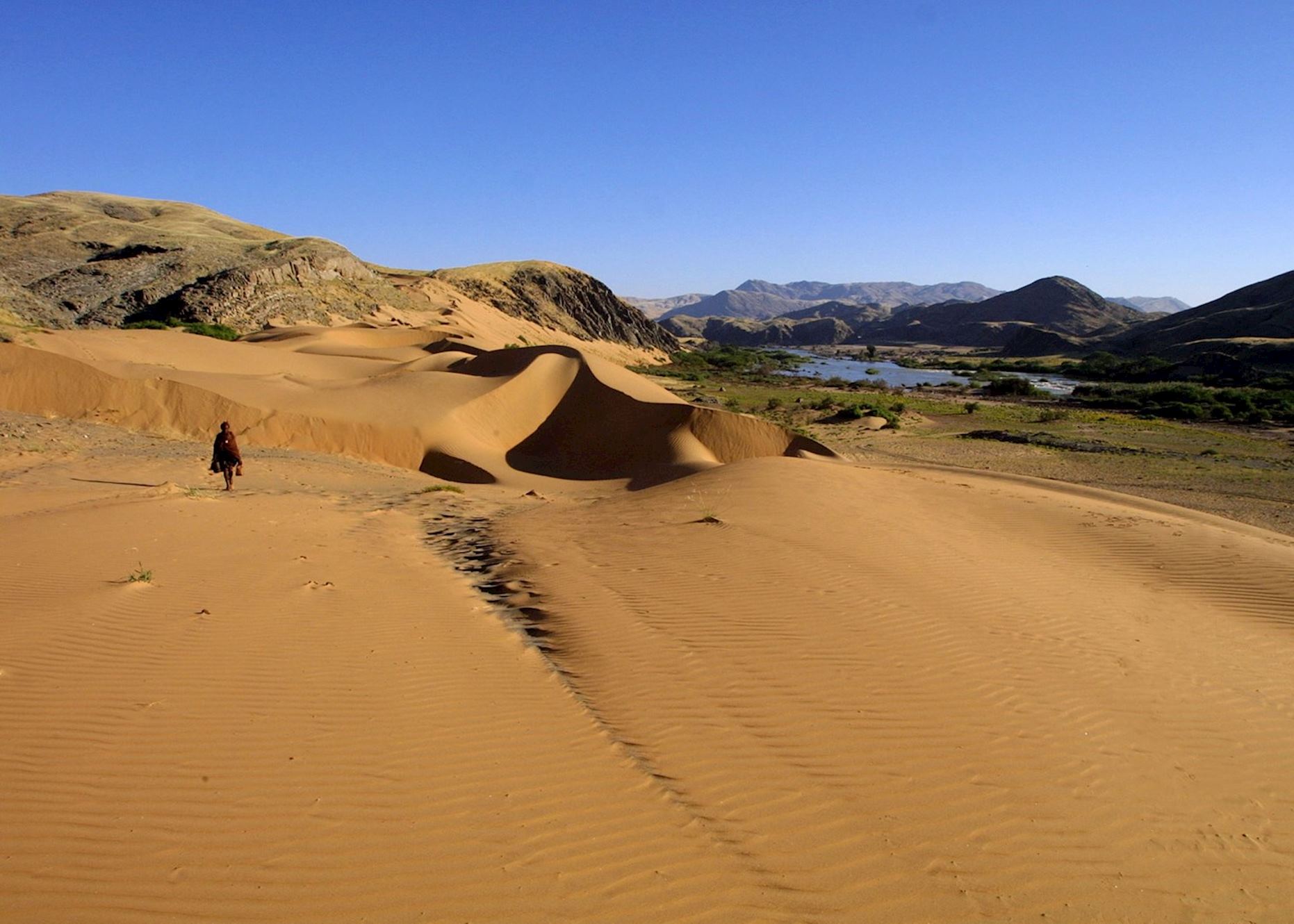 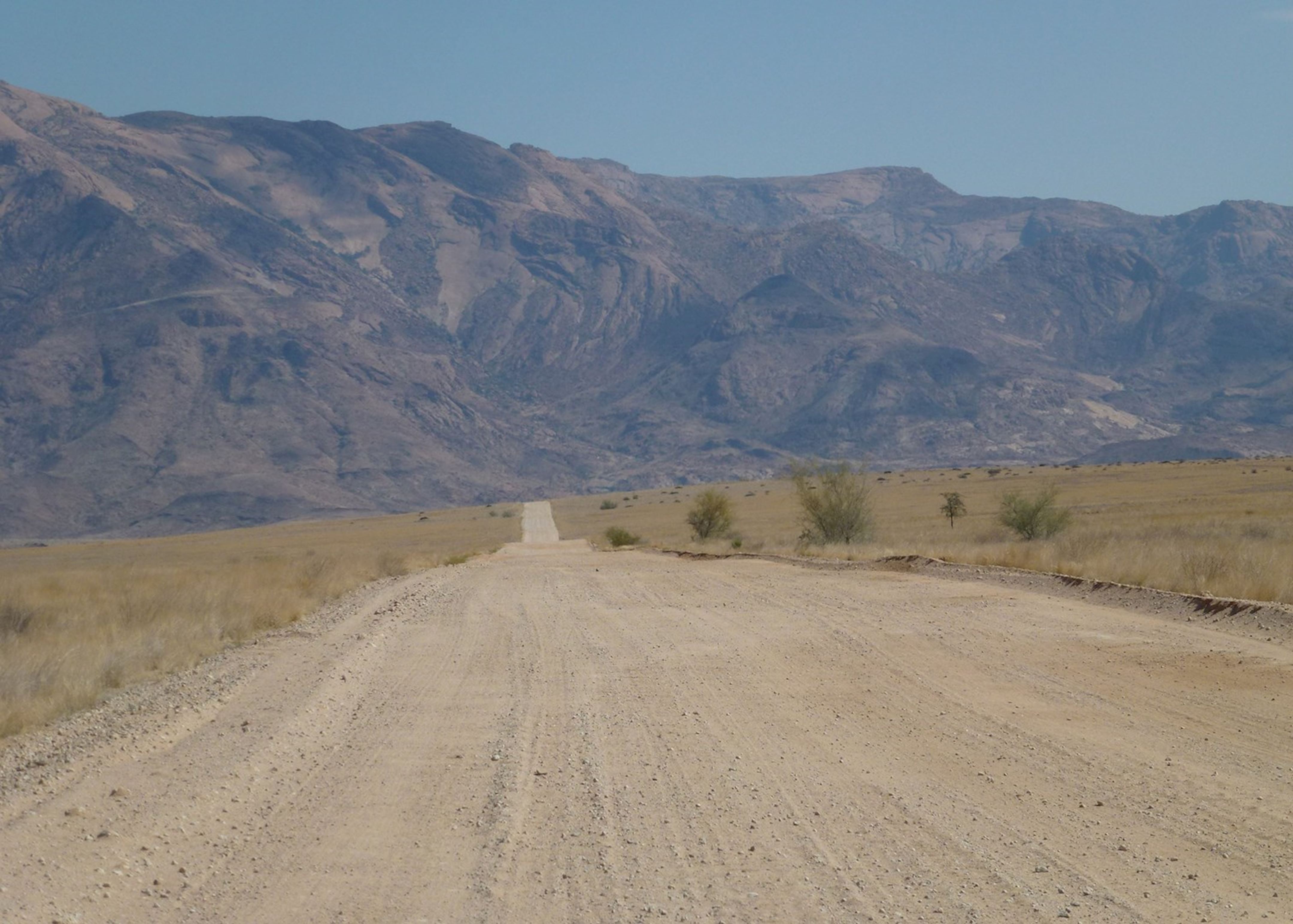