Despite being only a short hop from Honshu, the largest and most visited of Japan’s many islands, Kyushu is often bypassed when people visit Japan. However, as our Japan specialists will tell anyone who listens, Kyushu has just as much — if not more — to offer any traveller, whether they’re first-timers or return visitors.

Volcanic mountains, verdant gorges and forested hillsides dot Kyushu’s landscape, and Aso-Kuju National Park (1) in the northeast is the best place to see the island’s natural scenery. Active Mount Aso lies at the centre of this national park, which is the only place in Japan where visitors can explore a ‘live’ caldera. The area is replete with impressive mountains, the slopes of which vary from starkly volcanic to a blanket of forest that transforms into a magnificently vivid display of colour each autumn. 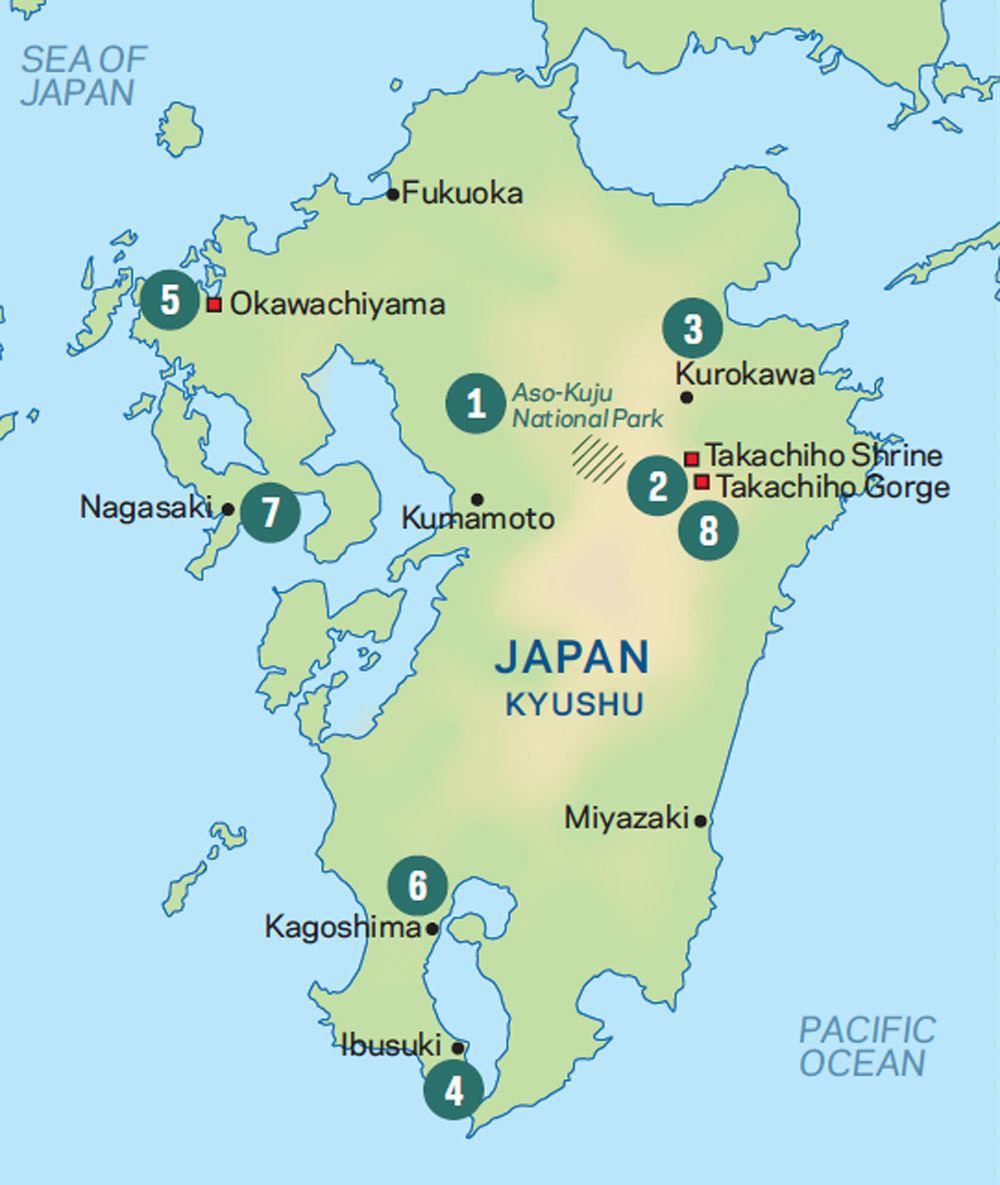 With so much else to focus on when travelling around Kyushu it would be quite easy to skip over the island’s historical side. However, that would be a mistake — it is truly fascinating and has been very well displayed in the various museums and monuments.

Kagura dancing is an ancient ceremonial art derived from god worshipping, which has evolved over the years to relate more closely to agriculture. Dancers wear costumes and masks, and performances are vibrant folk dances that have remained popular throughout the centuries. It’s the perfect way to end a day exploring the beautiful landscape of Takachiho Gorge.