Recovering from the earthquake: Nepal six months on

By Becky, from our Indian Subcontinent team.

It’s six months since a 7.8-magnitude earthquake struck Nepal, causing much destruction to this captivating country, its people and major sites of interest.

The loss of life was devastating - over 8,000 people - and the aftershocks that followed have left many travellers in doubt about whether to visit Nepal any time soon.

But, with the FCO recently changing its stance on travel to the country, I journeyed to Nepal to understand the realities of life and travel here.

Is Nepal open to travellers again?

In one word, yes. Within the last month, the FCO advice has changed quite significantly from half the country being off limits, to almost every region accessible again. Just a few small pockets in the very north of the country, along the border with Tibet, still hold the advice against “all but essential travel”. These areas are Gorka, Rasuwa, Sindhupalchok and Dolakha.

Will I experience the Nepal of old?

Thankfully, the reasons for travelling to Nepal are the same as they always were: Kathmandu with its tangle of narrow streets and pagodas draped in prayer flags, the backdrop of the world’s largest mountains, hill villages hugged by rice paddies, and a delightfully relaxed attitude to visitors.

I’ve been asked a lot about the state of the Nepal’s historic sites. One thing to remember is that nothing has been completely destroyed. The damage caused varies from cracks in stupas to fragile buildings in need of some reinforcement. Where structures have fallen, the rubble has been cleared and those sites still being repaired are now shrouded in bamboo scaffolding.

The top of Boudhanath Stupa in Kathmandu, for example, tilted to one side after the earthquake. It’s been removed and will be replaced once repaired. But, a visit to the stupa is just as much - if not more - about the human connection. I arrived with my guide at 5pm as the sun was drifting behind the city.

Incense swirled in the air as I watched a procession of monks, like-minded travellers and local people walking together while murmuring their own private prayers. The circle of pilgrims walked clockwise around the stupa, stopping to spin a prayer wheel or light a candle, collectively lost in meditation.

Life and worship is carrying on regardless. The stupas of Swayambhunath, which sits on a hill to the west of Kathmandu, remain largely intact. The majority of Patan’s Durbar Square (UNESCO-listed for its pagoda-style temples) has been reinforced, but is still standing.

Have trekking routes been affected?

The majority of the paths are open, although there can always be one or two that are temporarily closed due to landslides, which happen each year during the monsoon season. Slippages are soon cleared, but there's a chance your route might vary if you're trekking in September or early October, just after the rains.

Why wouldn't you visit now? You'll see local craftsmen working on restoration projects by hand, using trades and skills that have been passed on from generation to generation.

Are the Nepalese ready to welcome travellers again?

As I trekked through the foothills of the Annapurnas with my guide and porter, I had initial reservations about the possible insensitivity of intruding on a place where some of the people I was meeting had lost their homes - or worse - family and friends. In fact, the Nepalese people are actively encouraging people to return. They don’t crave material things but there’s an understanding of the importance of foreign visitors to the country’s economy.

My guide Santa put it perfectly when he asked me, “Why wouldn’t you visit now? You'll see local craftsmen working on restoration projects by hand, using trades and skills that have been passed on from generation to generation.” He was right. There are no big diggers or machinery in operation, just local people using long-held skills to return some of the country’s most impressive sites to their previous condition.

Hotels were up and running again quickly following the earthquakes, and the options for where to stay are as they were before the event. Any required repairs had been made by the time I visited.

Should I be worried about further earthquakes and landslides?

A common and understandable concern that I hear a lot is the risk of further earthquakes and landslides in Nepal. Its location is extraordinary. Nevertheless, sitting on a major fault line at the foot of the world’s highest mountain range brings with it a risk.

But, according to predictions, the country will only experience a large-scale earthquake, such as the one that struck in April, every 80 years. As one of my guides commented, “You can’t live in this landscape and not expect Mother Nature to do things like this every now and again.”

How can I continue to support the country once I return?

Something I can’t mention enough is the work of the Disasters Emergency Committee. This umbrella aid organisation is still out in Nepal supplying aid to the population, whether that’s organising temporary shelter, or providing transportation. You can sign up to donate to this organisation and receive updates on how the recovery is progressing. Donations will be split accordingly, whether to local villagers or to the restoration of Nepal’s UNESCO sites.

Will I be able to get travel insurance for Nepal?

Insurers will always base their decisions on the FCO advice. So, as long as you’re travelling to areas considered safe by the FCO, you shouldn’t face any issues getting cover. 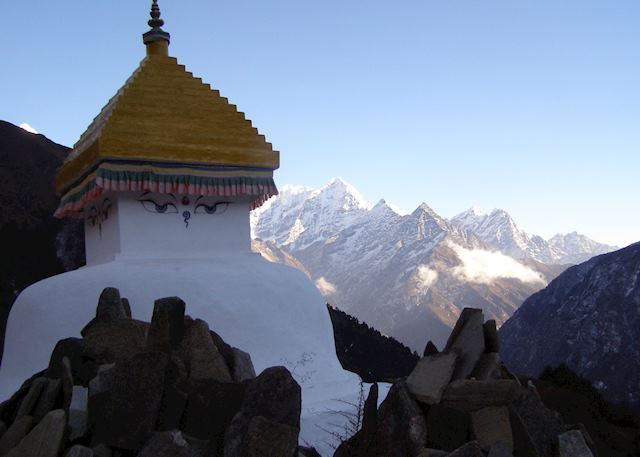