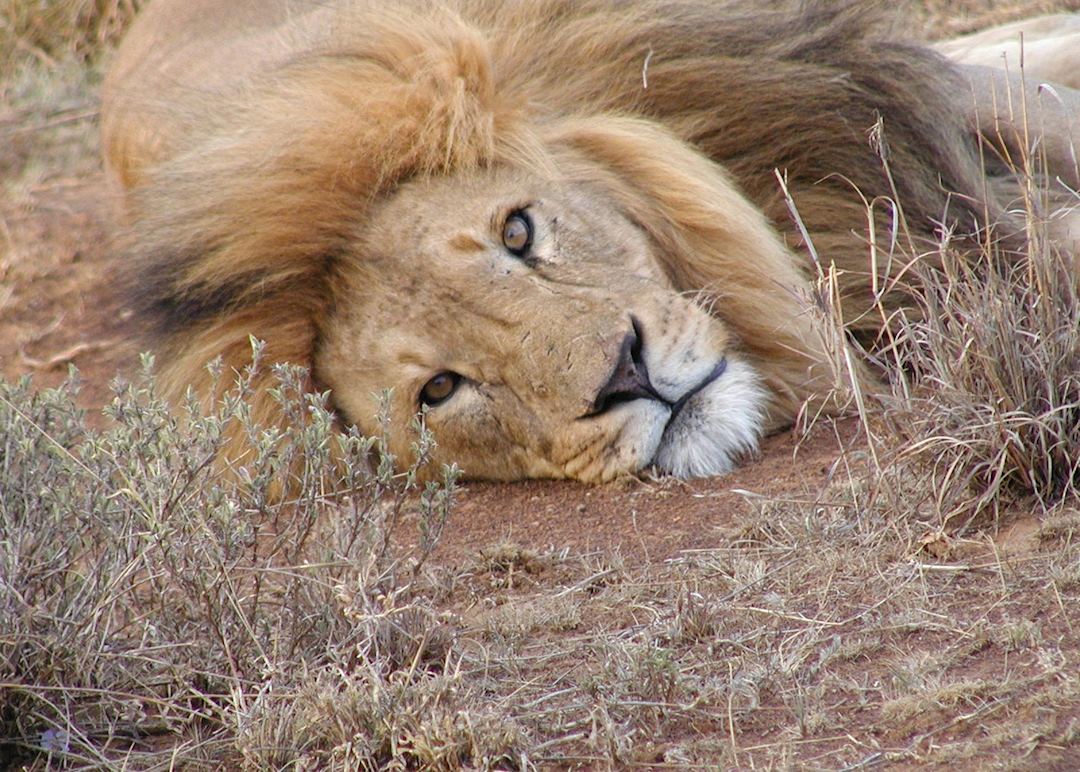 Kenya specialist, Donna, shares a tiny snapshot of the abundant wildlife she witnessed on her recent trip to Africa.

A pair of lionesses hunting in the Masai Mara National Reserve

1. The pelican, near Lake Naivasha

My first full day in Kenya was spent exploring the lakes of the Great Rift Valley, famed for the pink mass of flamingos that flock to their shores. They can be tricky to find, but luckily my guide caught wind that the graceful birds were feeding at a small lake close to Lake Naivasha that day, so we headed there and went out in a small boat. This shot is of a single pelican, which before I captured it on camera, had become caught up among thousands of lesser flamingos. Luckily I managed to take the photo just as it left in search of the other pelicans – which I later found in abundance at Lake Elementaita. 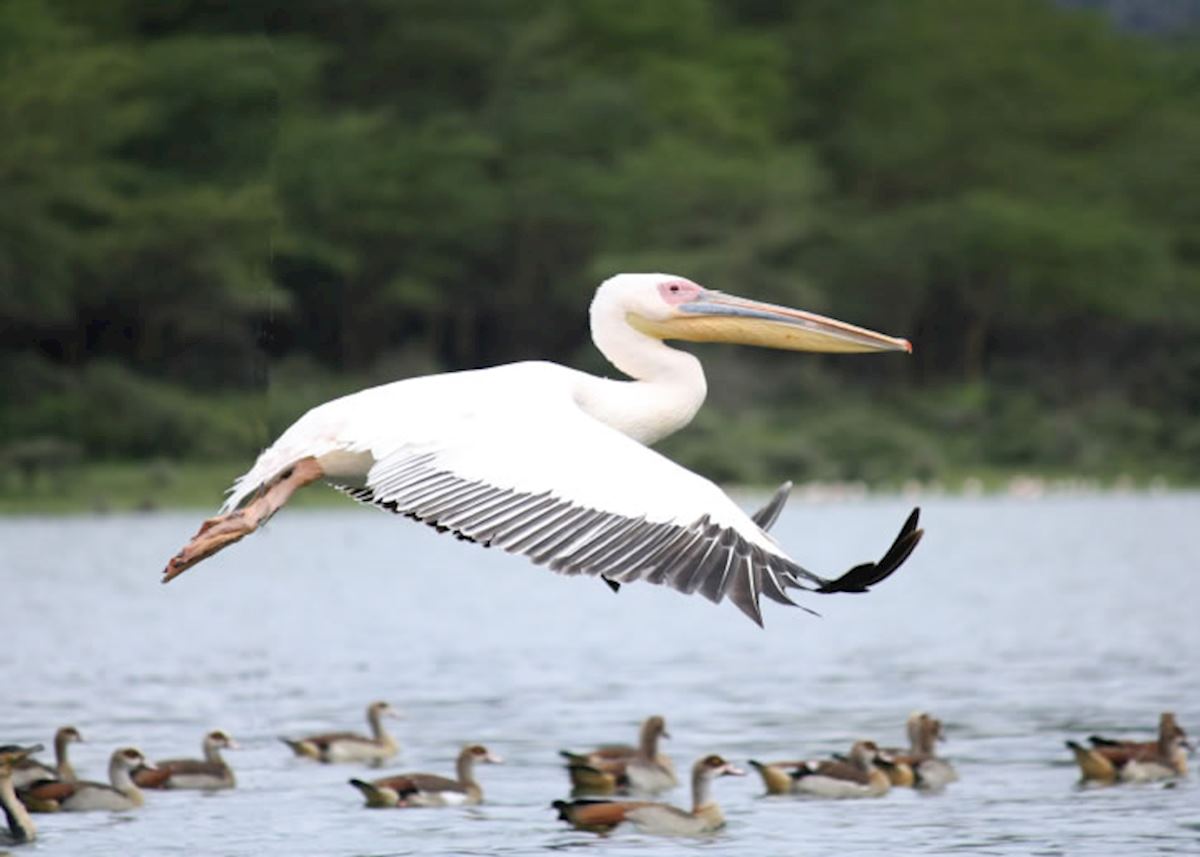 A pelican takes to the air near Lake Naivasha

North of Lake Naivasha lies Lake Nakuru National Park, which is named after its centrepiece, the beautiful Lake Nakuru. The park was once famed for the millions of flamingo that used to arrive and feed on the plentiful algae, but unfortunately both of these have declined. Now the park has become renowned for its growing population of rhino and its rare Rothschild giraffe. Pictured here are two white rhino feeding on the shores of the lake, which has a great mountainous backdrop. Having traveled out of peak season I sat and watched these two with no one else in sight. 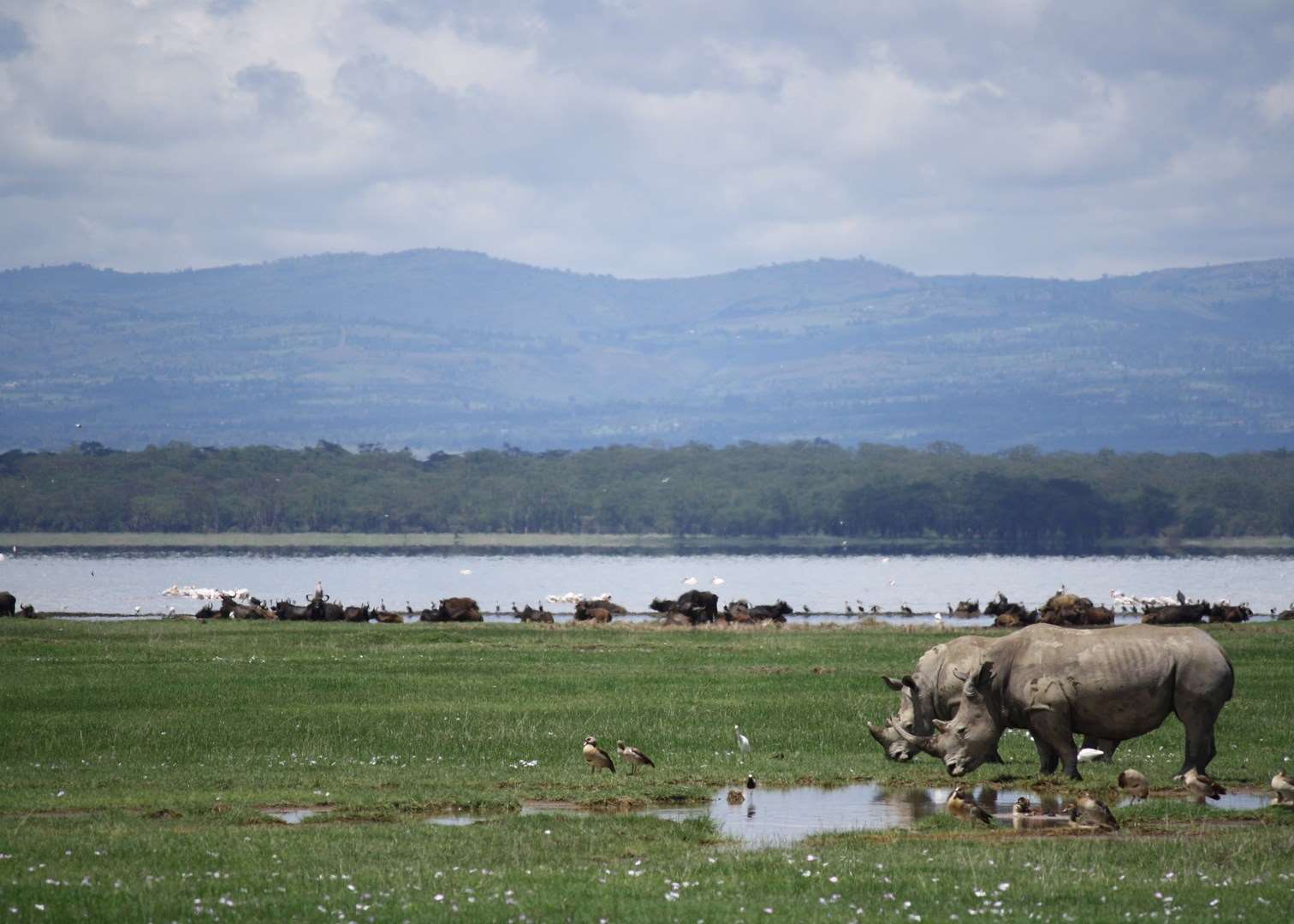 My last game drive of the trip was the most exhilarating. With only a few hours before I had to pack and come home, I was keen to head out into the Masai Mara as soon as light allowed. After an hour in the jeep we came across a large resident male lion that had been disturbed and was moving quickly through the bush. We decided to follow him as he darted between the trees, trying to keep a close eye on where he was heading. Suddenly we came across a huge number of hyena, jackal and – to our surprise – a group of eight nomadic male lion. This photo shows the moment just after a second resident lion arrived on the scene, when a huge fight broke out about a metre from our open jeep. 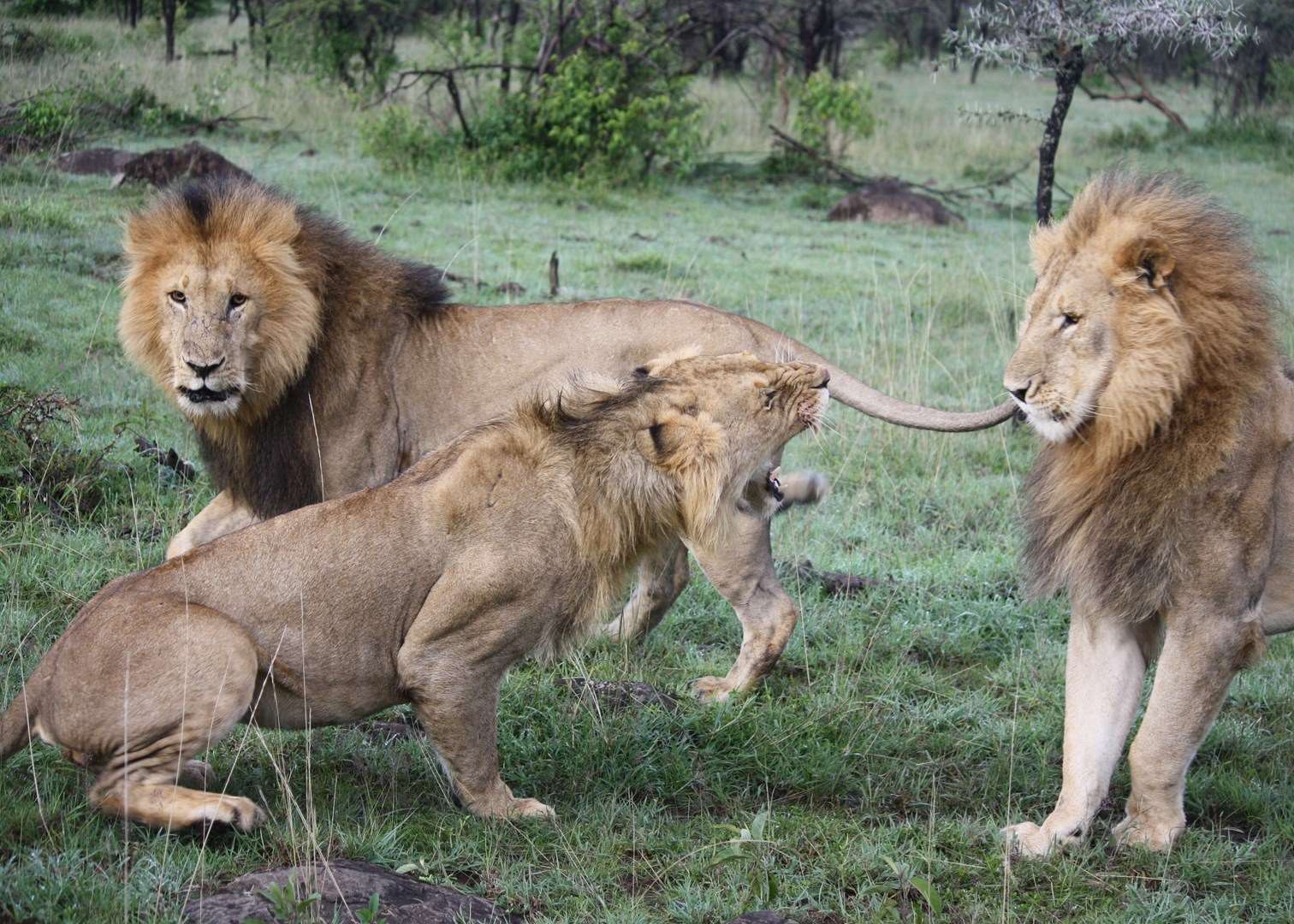 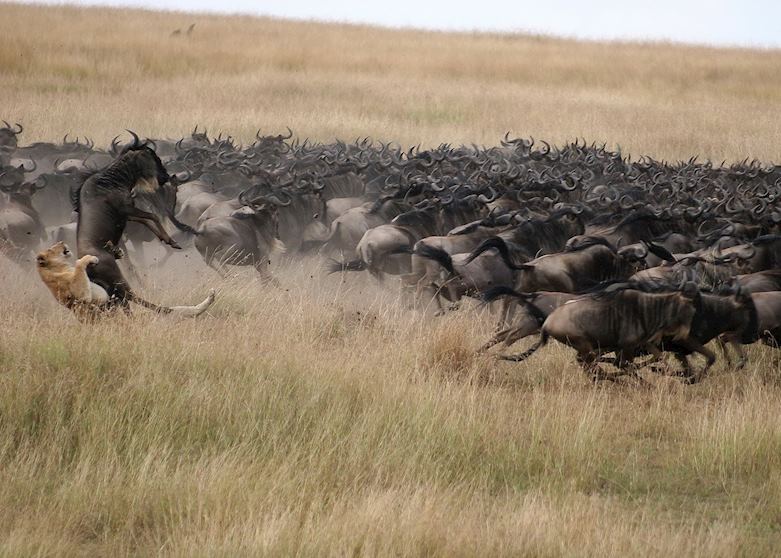 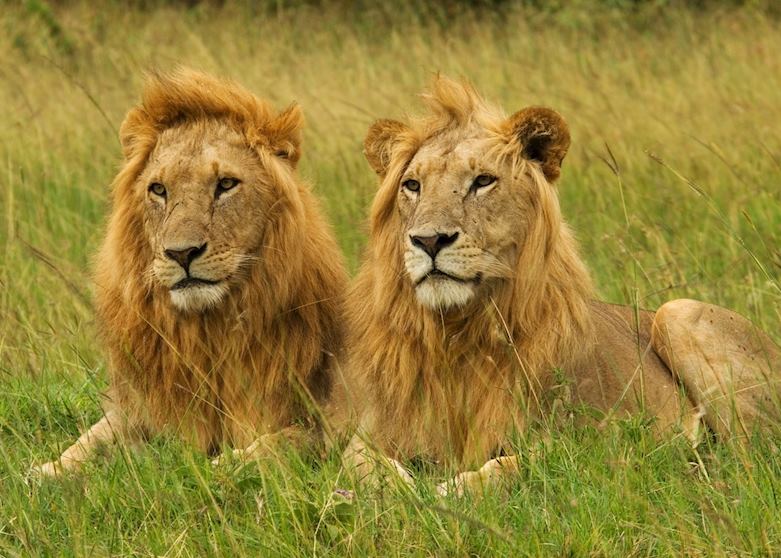 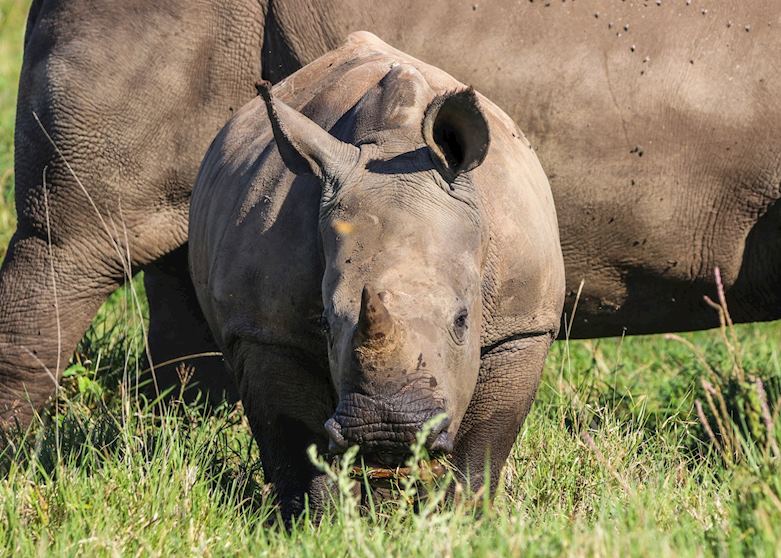 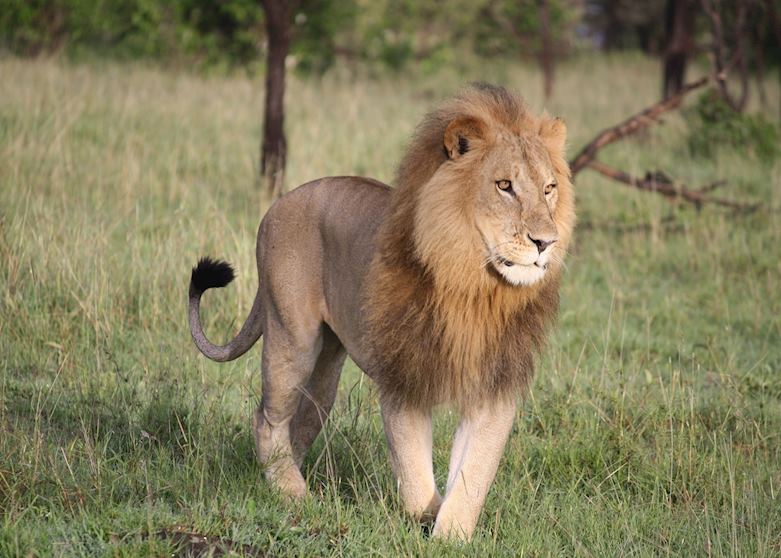