Few regions pack such a historical punch – as well as offering endless desert, deep canyons, bustling souks and warm hospitality. Here our specialists look how to get the best from Morocco, Tunisia, Egypt, Jordan and Oman.

Where to go for…

Drive on winding mountainous roads in Oman. Or stay in a riad overlooking olive groves and snow-peaked mountains in the High Atlas in Morocco.

The other-worldliness of Petra in Jordan, the size and majesty of the pyramids and temples in Egypt and the scope of Tunisia's Roman ruins cannot be beaten.

Snorkel and dive in the Red Sea, relax on the fine sandy beaches of Tunisia, float on Jordan's Dead Sea or watch turtles shuffle into the waves in Oman.

Morocco is incredibly diverse: it's got everything from the majestic High Atlas mountains to the sweeping Atlantic coast and the timeless Sahara. Add medieval cities with labyrinthine souks, Moorish architecture, picturesque mud villages and colourful Berber tribes, and you could be stepping into the pages of the 'Arabian Nights'. 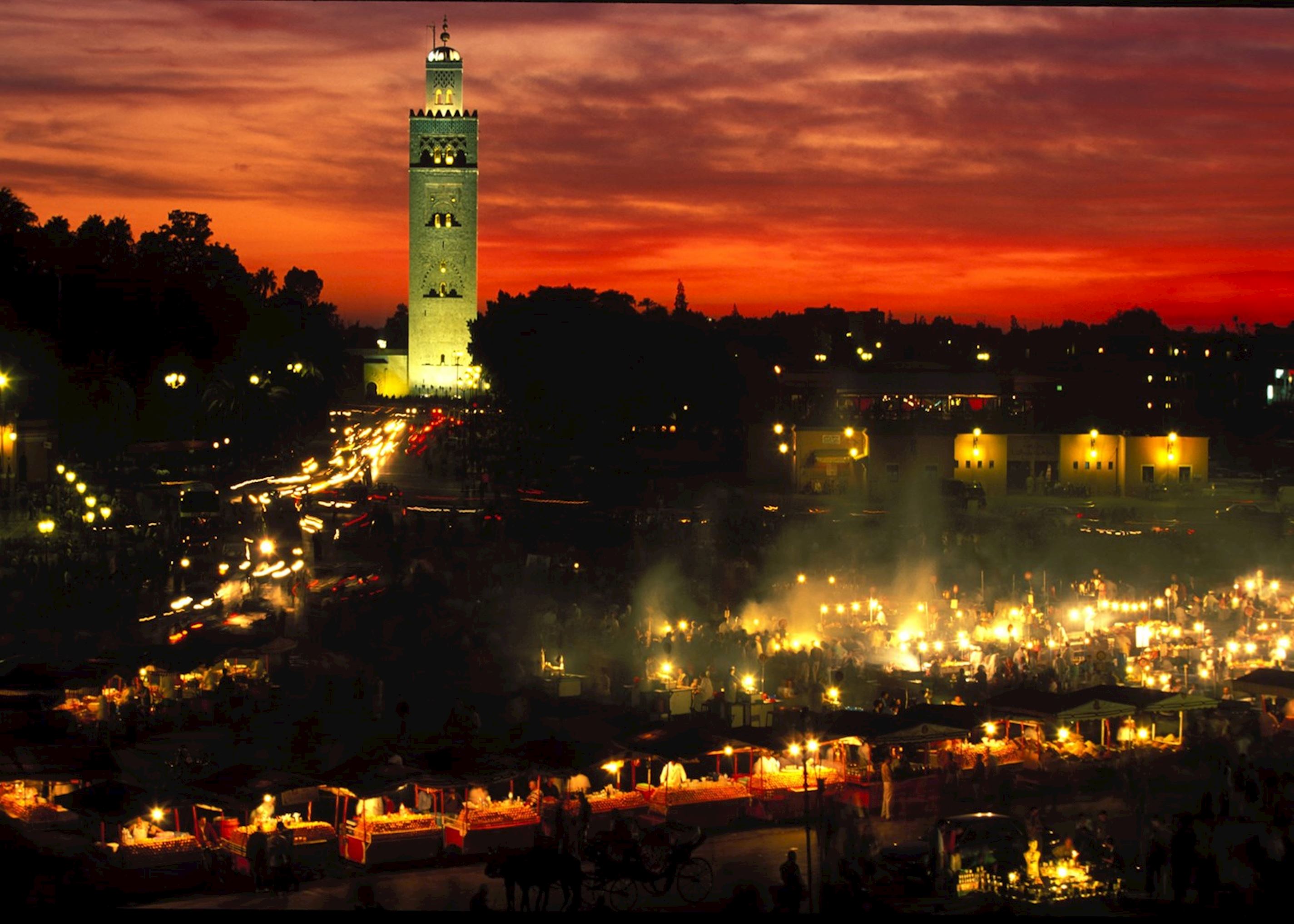 Marrakesh encapsulates the essence of Morocco. Start at the Djema el-Fna in the centre of the old medina, where you can see everything from acrobats to snake charmers. As the sun sets the itinerant chefs set up their stalls, best seen from one of the rooftop cafes: watch the smoke rising from their stoves as twinkling lights pepper the square.

Nothing beats the feel of a traditional hammam (steam bath). There are several Western-style ones in Marrakesh but if you are really brave, we can recommend some local ones.

From the bustling souks, mosques and churches that dot the narrow streets of Old Cairo to the wealth of outstanding historical sites, tombs and temples along the Nile, Egypt is a culture-lover's dream. The sandy beaches and the colourful reefs of the Red Sea are the perfect place to relax. 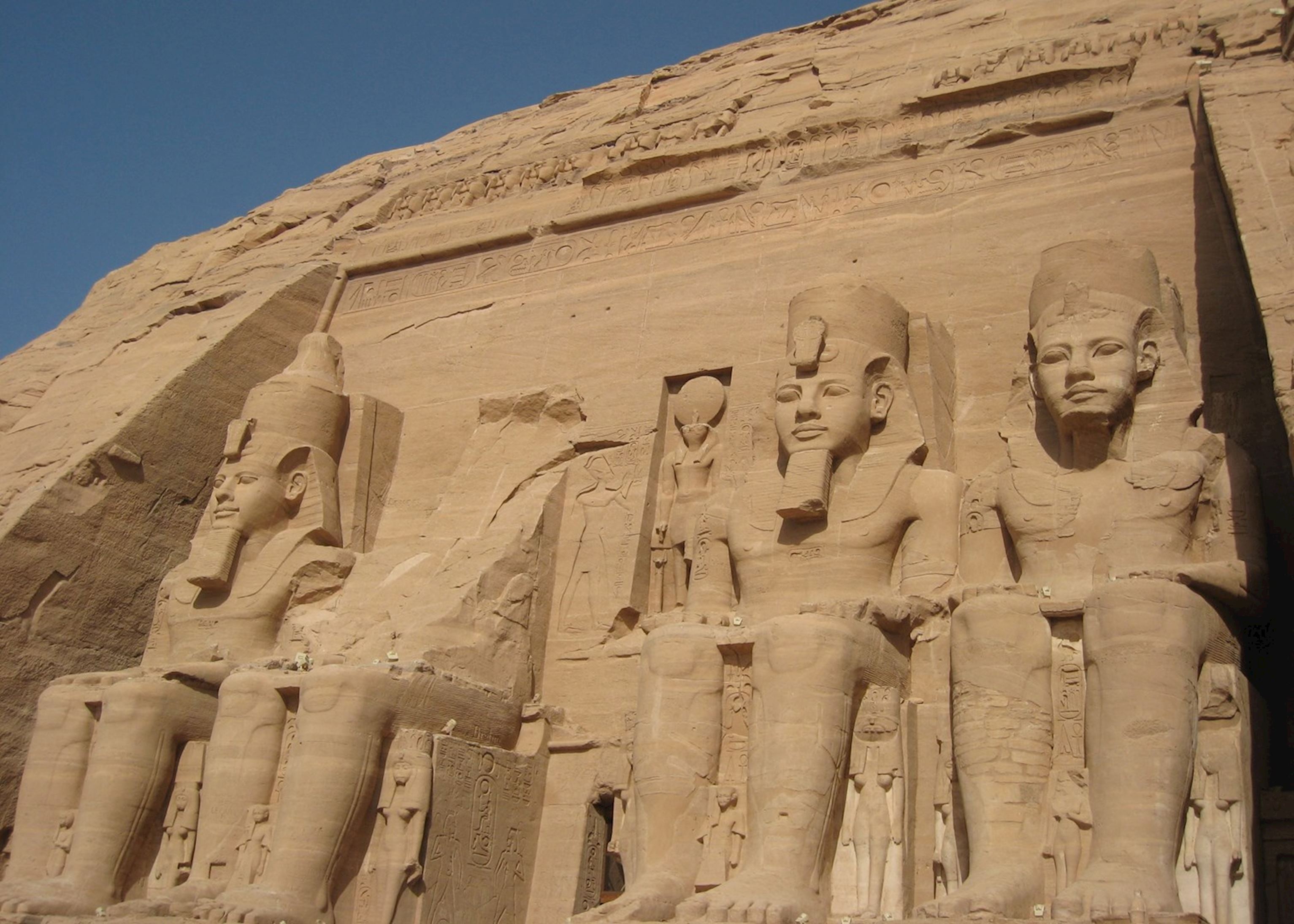 In the south of Egypt, at Abu Simbel, stand the magnificent temples of Ramses II and Queen Nefertari. These colossal temples were rescued from the rising waters of Lake Nasser after the construction of the High Dam. Standing before the majesty of these ancient monuments makes it easy to see why they were worth saving.

Exploring the lesser-known pyramids of Saqqara and Dashur on the outskirts of Cairo was unforgettable. There are fewer visitors, which gave me the chance to feel like a real explorer and gain an intriguing perspective on how pyramid-building developed through the dynasties.

Oman, bordered by the UAE, Saudi Arabia and Yemen, is the Arabian peninsula's sleepy backwater. Its coast is rich in wildlife (from dolphins to turtles), and there are magnificent mountains, beautiful wadis (dry riverbeds), old forts and desert dunes, making it endlessly fascinating to explore. 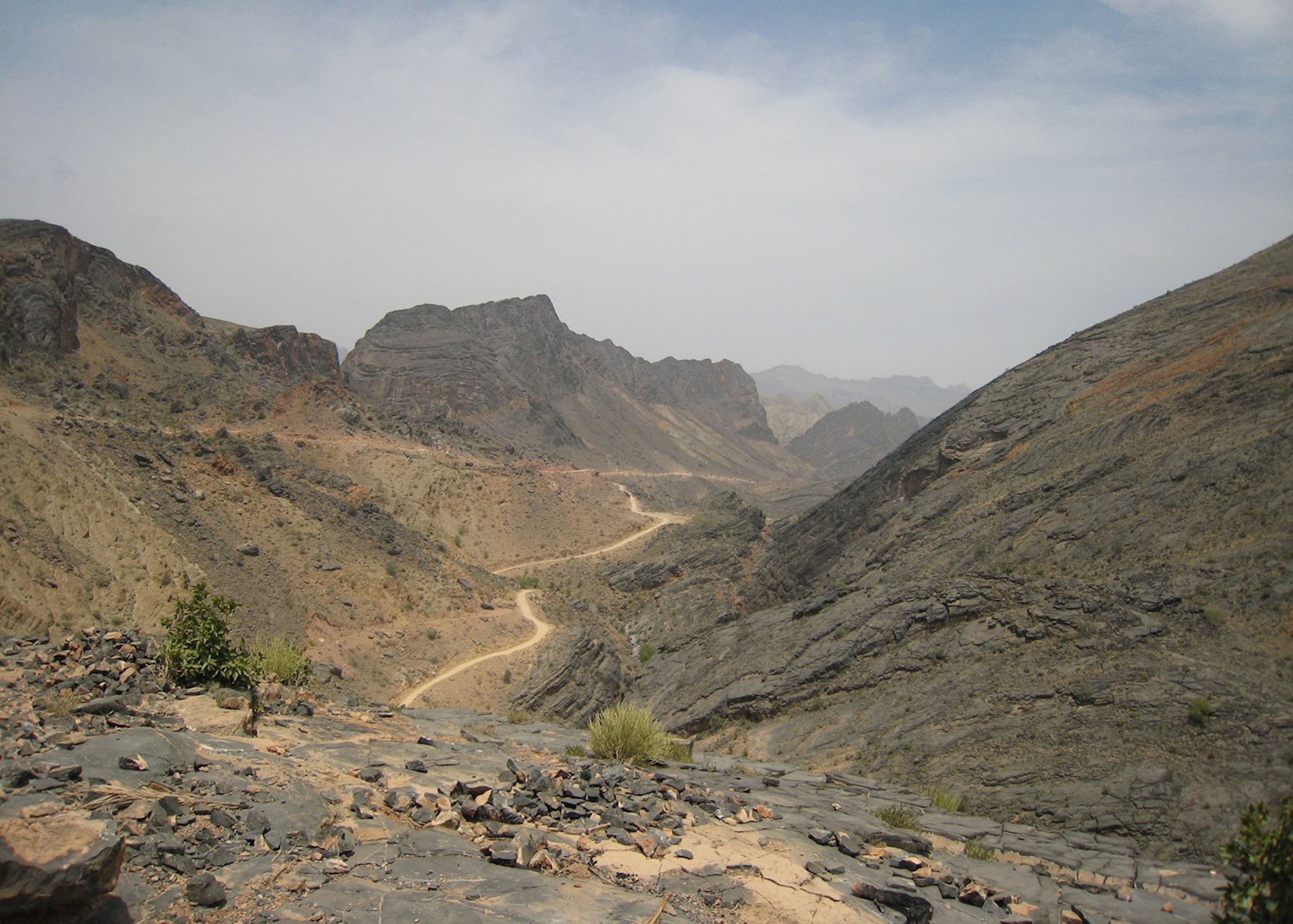 Wadi Bani Auf is a river system cutting through the limestone gorges in the Ad Dakhiliyah Region, creating stunning scenery strangely at odds with this desert peninsula. Its picturebook oasis villages, huge river canyons and breathtaking vistas make it a treat. Keep your eyes out for Egyptian vultures soaring above!

There is nothing like visiting a livestock market in the interior of Oman. Whether it be goats, sheep or camels on sale, it is well worth rising early to see the action. While local men jostle for places, the animals are paraded round the centre and the bidding begins. Keep your eyes out for the Bedouin men who enter from the desert to buy and sell; the women stay in the background wearing pointy leather masks and white make-up.

Tunisia boasts some of the best Roman ruins in the world as well as the most diverse landscapes: from luscious green in the north, the white salt plains and golden desert sands of the south, to the warm, clear-blue waters of the Mediterranean Sea. 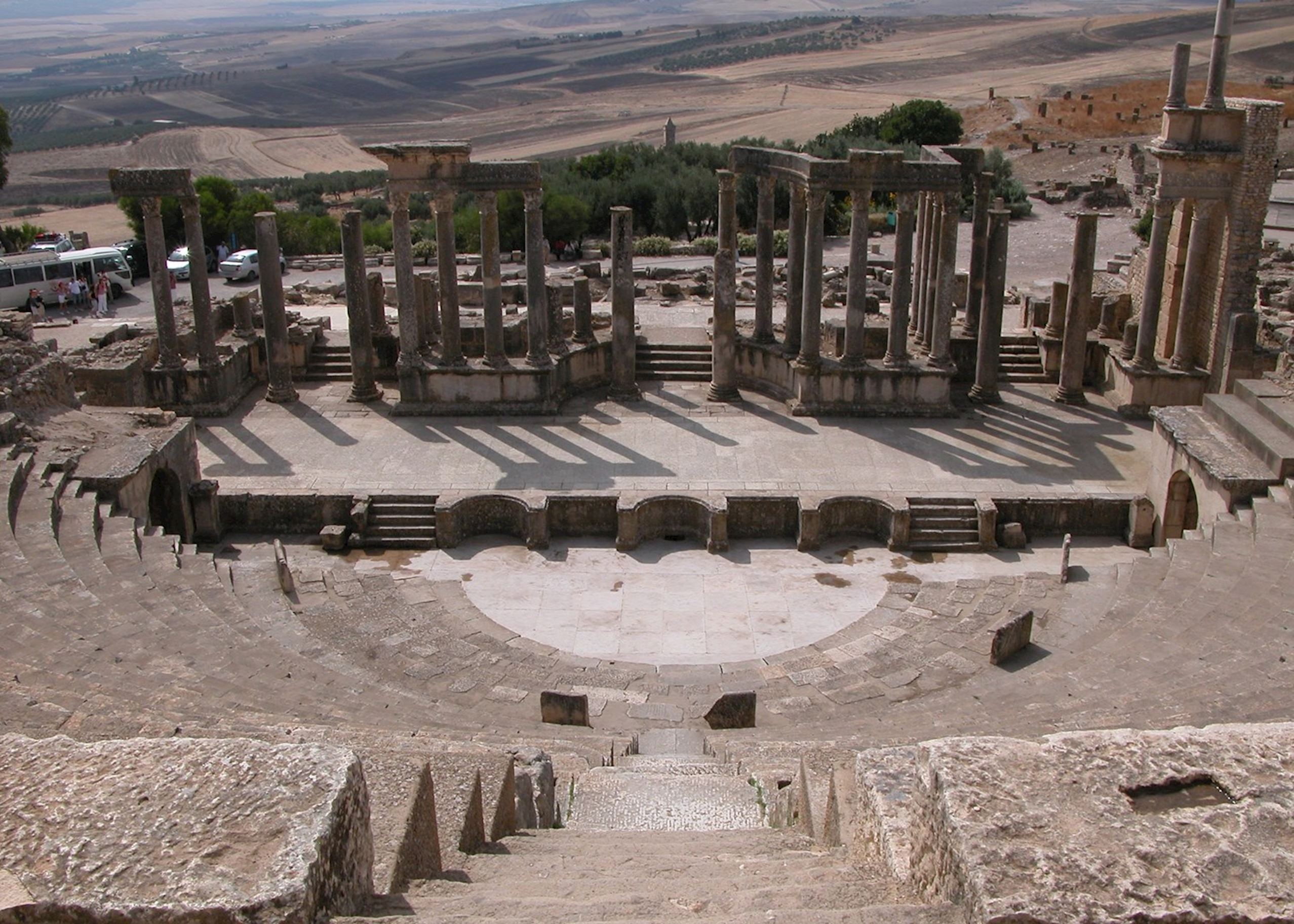 A visit to Tunisia is not complete without taking in some of the incredible Roman ruins. Set majestically on the side of a hill overlooking the surrounding plains, UNESCO-listed Dougga is a vast ancient site, and has a well-preserved and photogenic amphitheatre, mausoleum and baths. What's more, the site is rich in 17 centuries of history, spanning Punic, Byzantine and ancient Roman eras.

Being driven through the south of Tunisia, passing traditional cave dwellings in Matmata and crossing the bright-white Chott El Jerid salt plains while watching herds of camel meander carefree across the barren landscape.

Whether you're interested in discovering the history of the Nabataeans and Ottomans, in getting active (from Wadi Rum jeep tours to walks through nature reserves) or simply relaxing on the edge of the Red Sea, Jordan has something for every traveler. 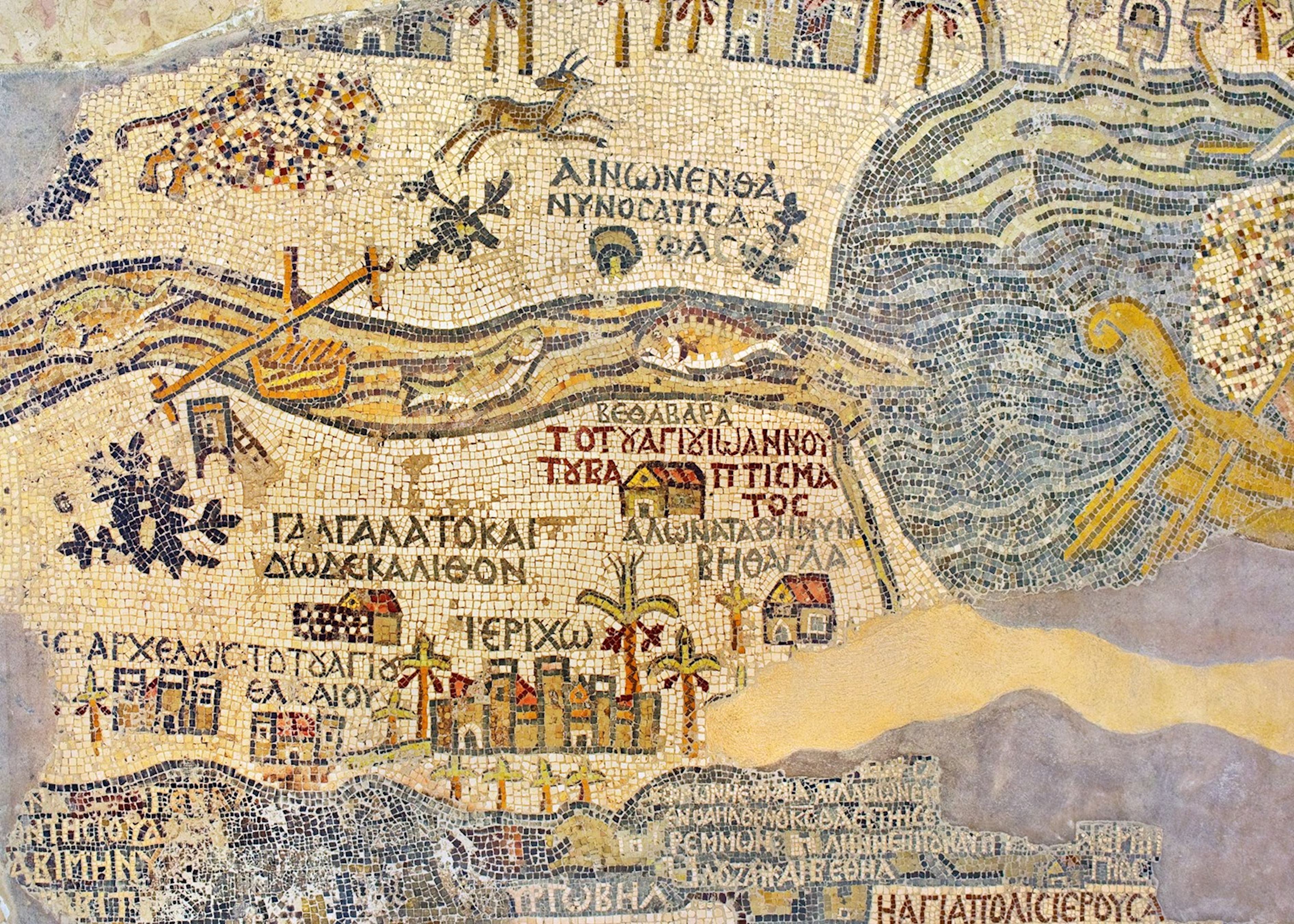 The ancient town of Madaba can be visited en route while driving down the King's Highway from capital city Amman to Petra, and it is a must for any first-time visitor to Jordan. The real highlight is the detailed mosaic map of Jerusalem and the Holy Land, found on the floor of the Greek Orthodox Basilica of Saint George. Discovered in 1896, the information detailed in the map has proven crucial in the preservation proposals of modern-day Jerusalem. It also serves as a valuable visit, particularly for those travelers whose itinerary will end in Israel.

One of my favorite experiences has to be listening to the call to prayer echoing round Amman from the Citadel Hill at sunset.

Many travelers choose to end a trip spent exploring Oman's interior by hopping over the border to relax amid the vast sky-rise hotels, shops and restaurants in the modern metropolis of Dubai – a fascinating contrast. 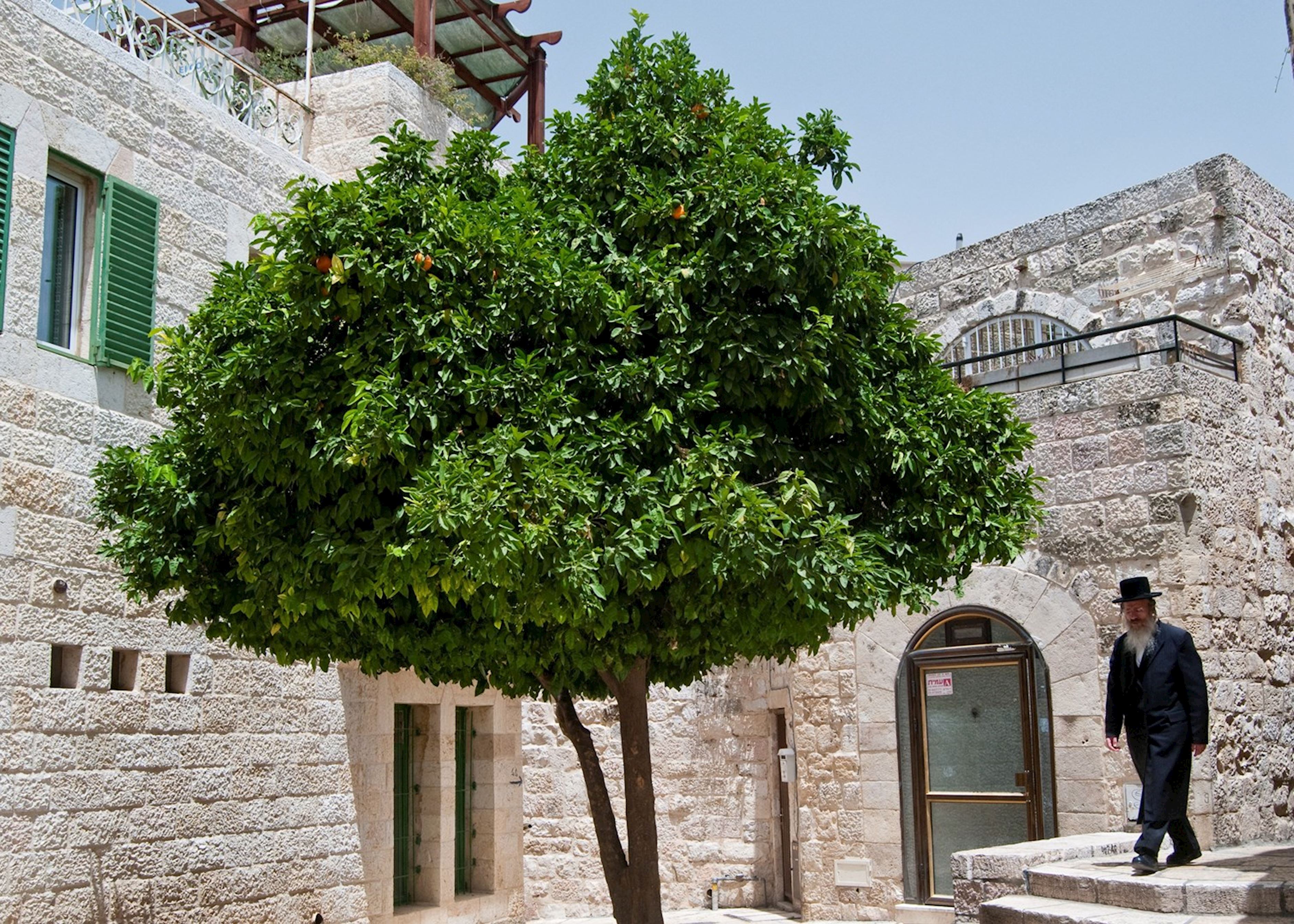 Continuing on from Jordan into Israel is a natural progression if you are interested in the history and architecture of the area, as well as giving you a chance to explore Jerusalem, a spiritual centre for three of the world's major religions.

Extending your trip to encompass both Egypt and Jordan is a fantastic way of seeing two real wonders of the world in one go: the Pyramids at Giza and the stunning city of Petra.