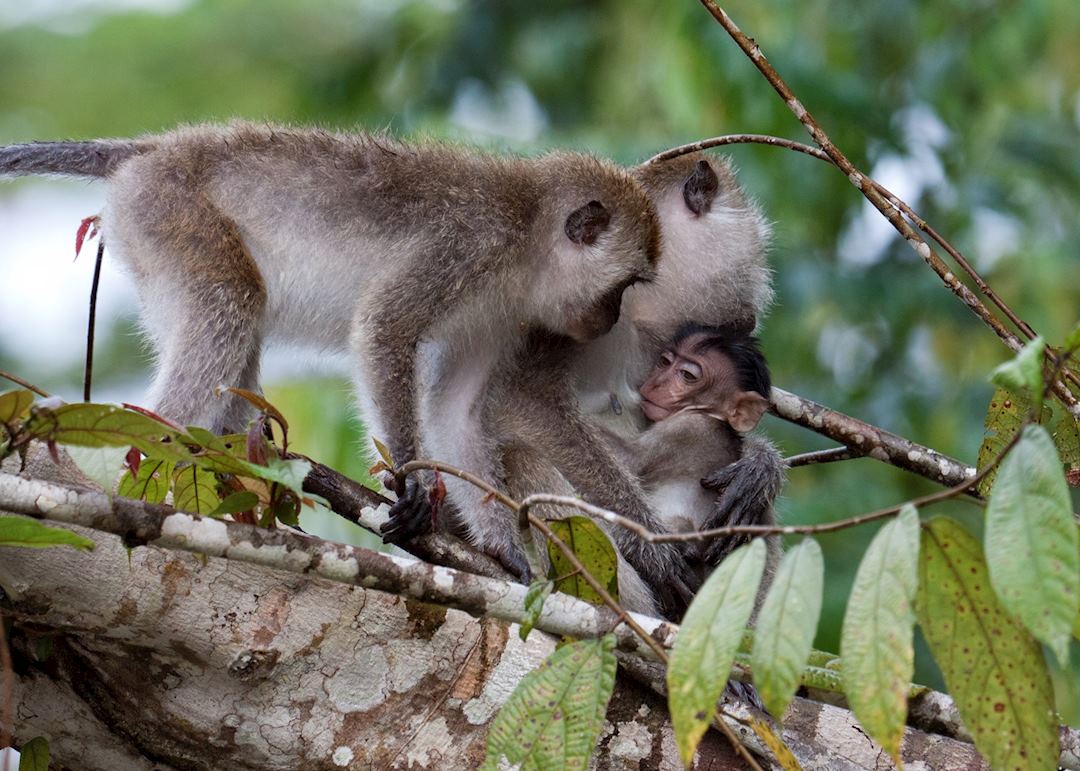 Bobby and David Bishop traveled to Borneo with Audley. 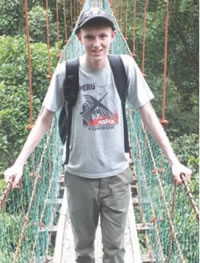 However, for me this was the dark horse of the trip. Although the island is known for the presence of nesting green turtles and excellent diving, I remained pessimistic as to whether we would be lucky enough to see one of the world’s most acclaimed wildlife spectacles. And yet we saw more than just a nesting turtle – though that night in particular was incredibly special: watching a female laying her eggs on the beach and then using her last remaining energy to cover the nest with sand before dragging herself back into the open ocean was unforgettable. But it was seeing turtles straight off the beach on the first morning, from our chalet’s well-designed balcony, that was the most amazing sighting.

We had only just arrived at our beachside accommodation when, after venturing out, I found myself shouting excitedly that there was a turtle in sight – within five minutes! After three days the emergence of a turtle head bobbing up on the surface of the sea became a common occurrence. This turtle excitement reached a crescendo on the second and third day when we managed to snorkel with three different juvenile green turtles just off the pristine white beach. It was just us and the turtles in the water, showing the peaceful, tranquil nature of the island. I swam with one turtle for around an hour, marvelling at its majestic swimming technique as it nibbled on sea grass, completely oblivious to my presence. 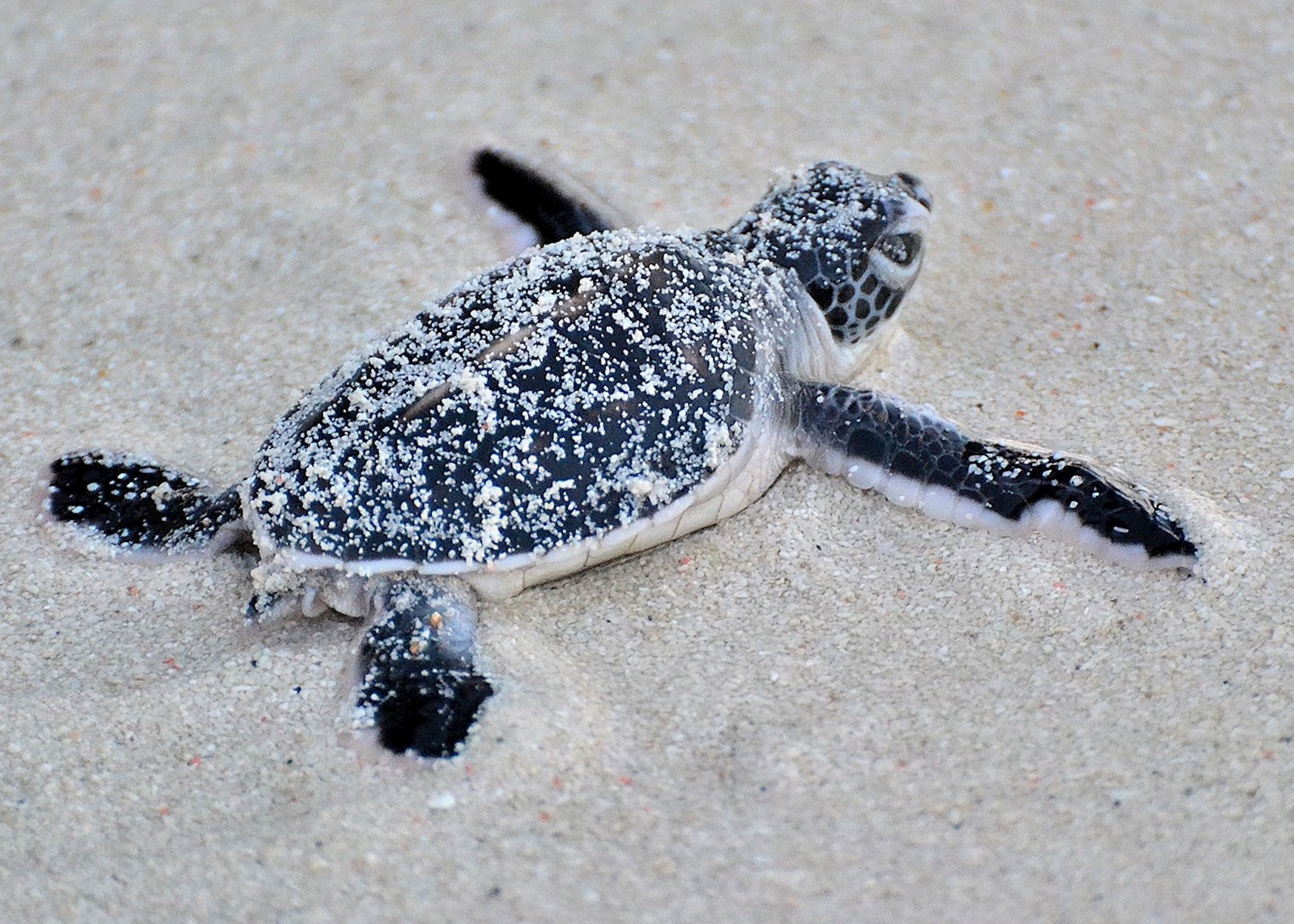 After this we stopped briefly at Sepilok Orang-utan Rehabilitation Centre to watch the orang-utans being fed. This is a really worthwhile project that is vital for maintaining stable orang-utan populations through the reintroduction and rehabilitation of individuals, and one that should be wholeheartedly supported. Our next wildlife stop was amid the secondary rainforest along the Kinabatangan River, where we stayed at the Abai Jungle Lodge. 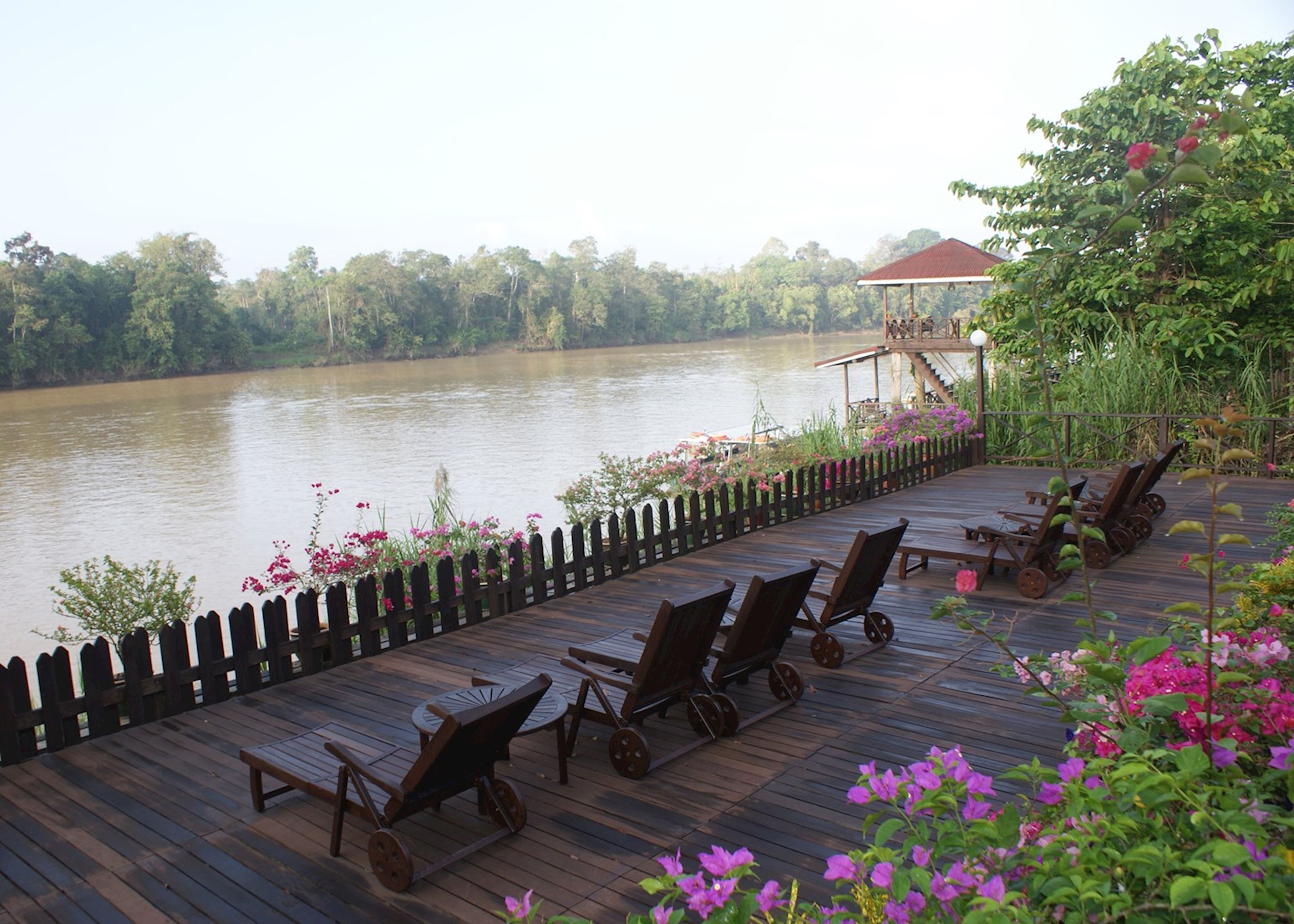 During our two nights at Abai we took part in a number of boat trips down the river with our excellent guide, Yahiri, and his trusty boatmen, in search of the endemic, riverine wildlife. We also took a night walk around the boardwalks that surround the lodge. Yahiri managed to connect with each member of our group and catered for all our individual areas of interest. For example, Yahiri tried to get the best shot of a sleeping kingfisher for one of the twitchers in our group, and he gave me a torch so that I could see the bright, reflecting eyes of a saltwater crocodile, with its head just showing above the water. His genuine interest in wildlife led to him taking us on longer boat trips to maximise wildlife sightings. On the final day we spent the afternoon in search of pygmy elephants – “mission impossible!” Yahiri joked.

Following the trend of our trip though, we were very lucky and managed to see a family of pygmy elephants come up to the riverbank, pushing their trunks through the long grass to face our boat and the smiling passengers. Other highlights included spotting an orang-utan mother and baby building a nest, rhinoceros hornbills and numerous sightings of proboscis monkeys leaping clumsily through the trees. 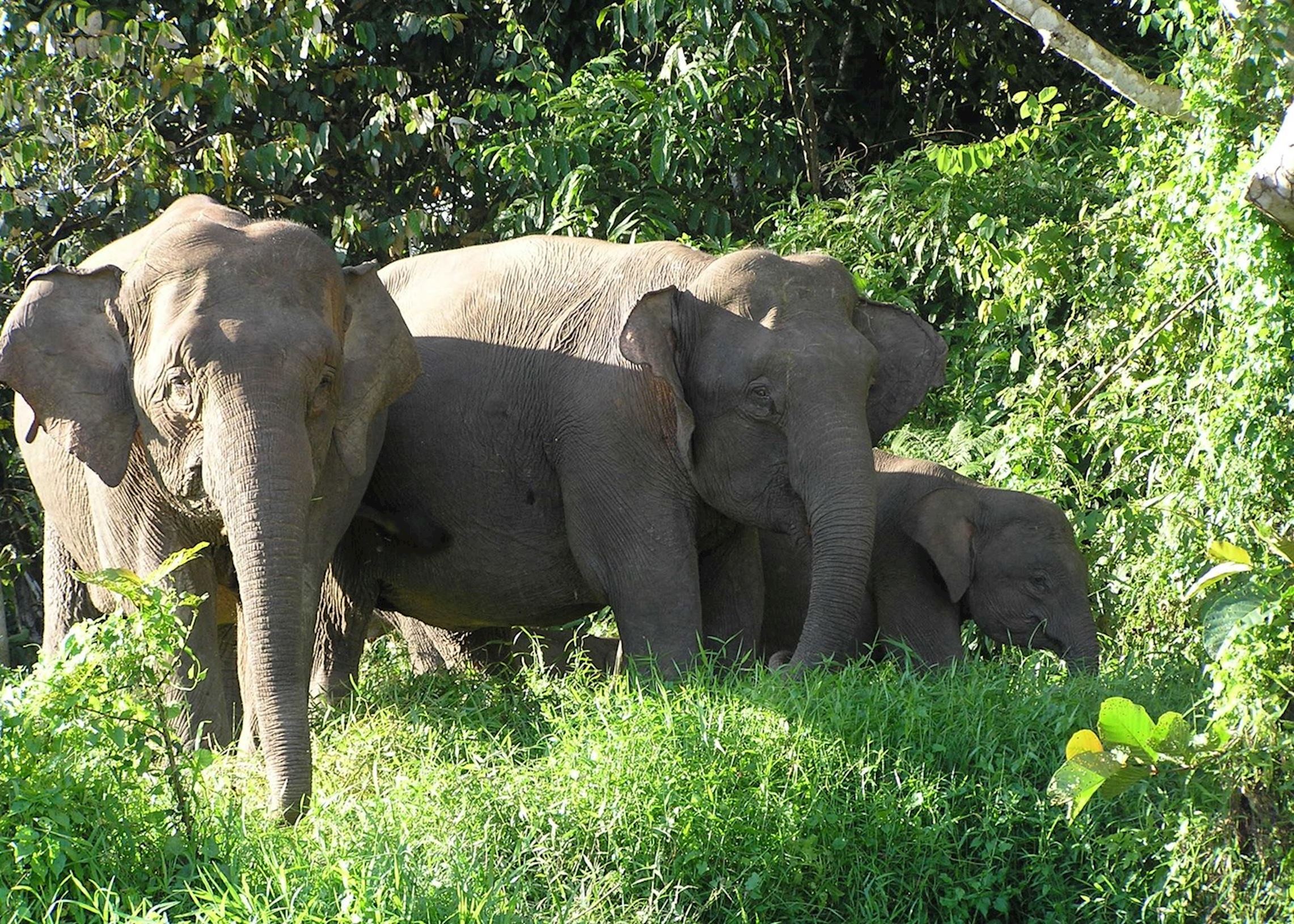 It wasn’t the accommodation or the food that made our time at Danum special, but – as at Abai – it was the excellence of our guide. His name was Denny and like myself he was nuts about wildlife, to the extent that when he wasn’t guiding he still went looking for animals in his spare time! It’s harder to see wildlife on jungle treks than on boat trips along the Kinabatangan River, but the great thing is that you experience the environment from a different perspective and see types of animals that you wouldn’t see at Abai. If you want to see wild orang-utans I would 100% recommend the Danum Valley. 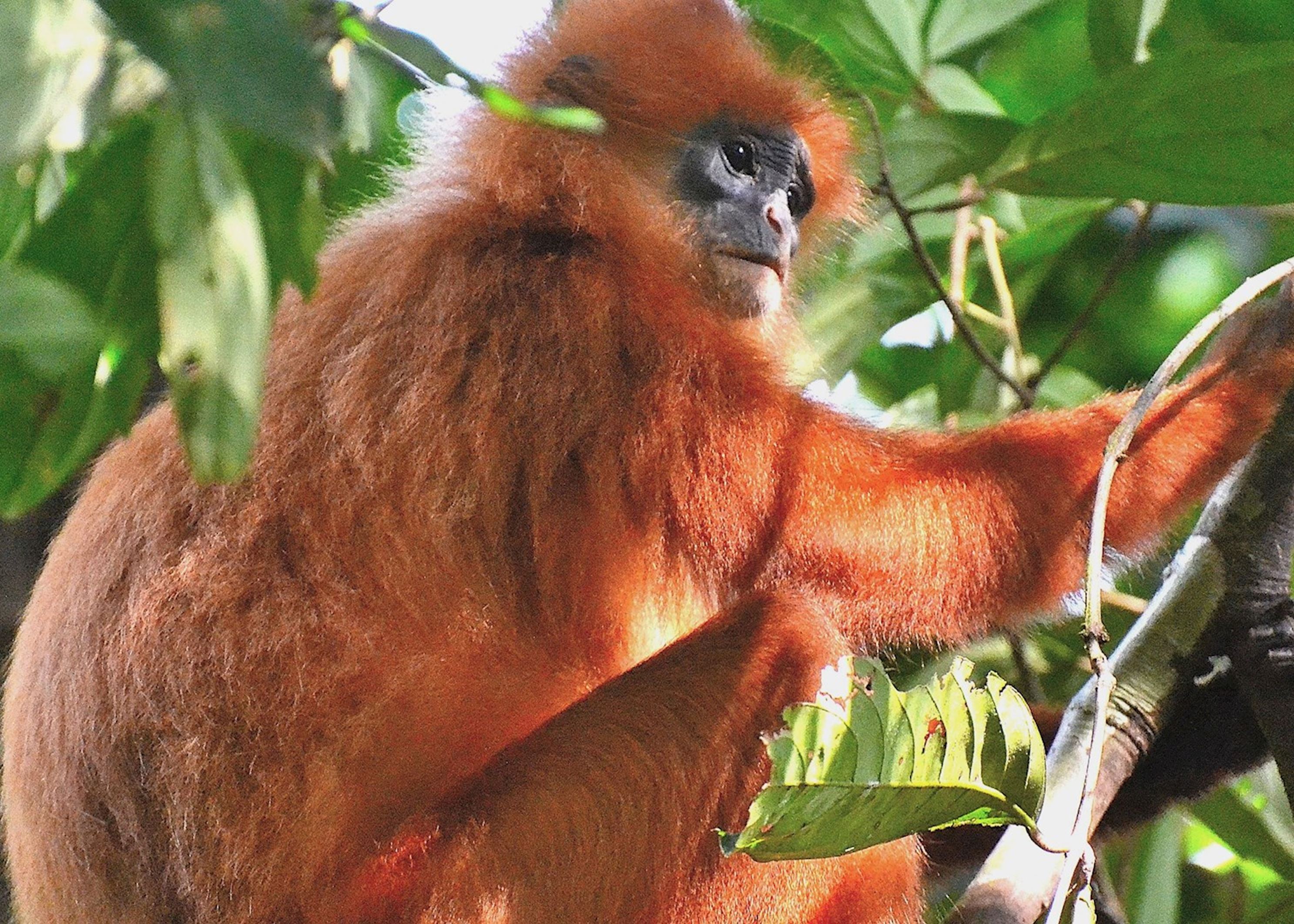 Almost every time we ventured out we saw orang-utans, often different individuals exhibiting different behaviours and characteristics. Other wildlife included the strikingly beautiful red leaf monkeys, numerous macaques and an argus pheasant, which is better than it sounds – a very large and strangelooking bird! On night walks and a night drive we came across Malay civets and numerous species of frogs and lizards. We told Denny that we were interested in gibbons and asked whether it was possible to view them. After a lot of patience and hard work by Denny we found them! Wild gibbons are a sight to behold, very fast and majestic with their long legs and arms, not to mention their whooping territorial calls. The sighting of gibbons on two occasions in the Danum Valley was, for me, the ultimate wildlife sighting of the entire holiday. 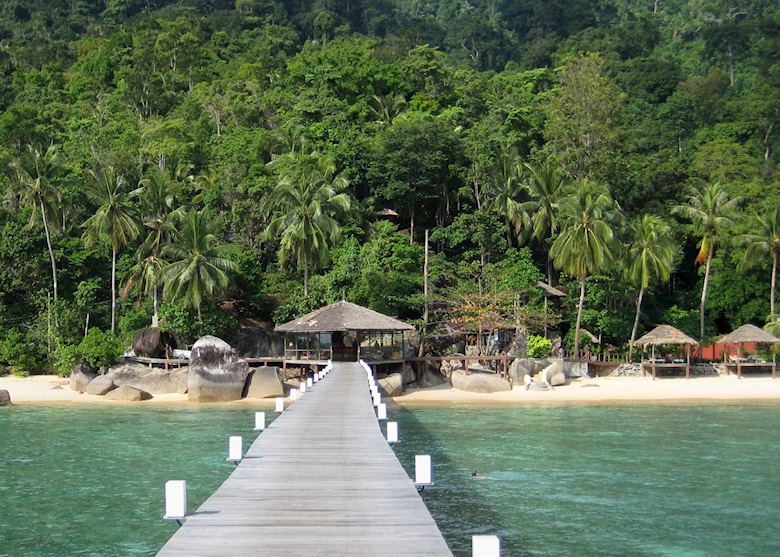 Jungles & beaches of Malaysia and Borneo

Peninsular Malaysia and Malaysian Borneo combine easily together. On this trip, you can take in some of the wildlife and culture of Borneo along with a stay in a beautiful beach property on Tioman Island in Peninsular Malaysia. 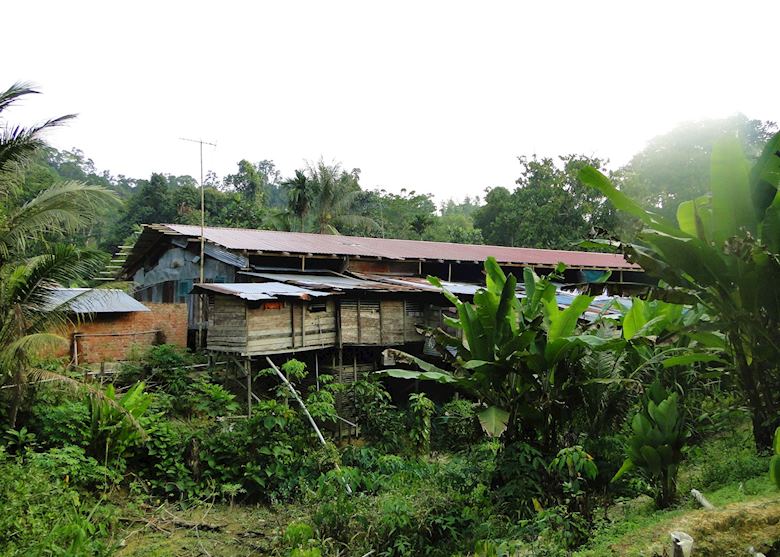 Borneo: On the Trail of the Headhunters

This is a great trip for those wanting to get off the beaten track. A mix of history, culture, wildlife and jungle, there is also plenty of trekking to be done for the more active traveller. Starting in the colonial city of Kuching, you will then be thrown into the heart of the jungle and the legendary ‘Headhunter’ territory before relaxing on a beautiful island for a well earned rest! 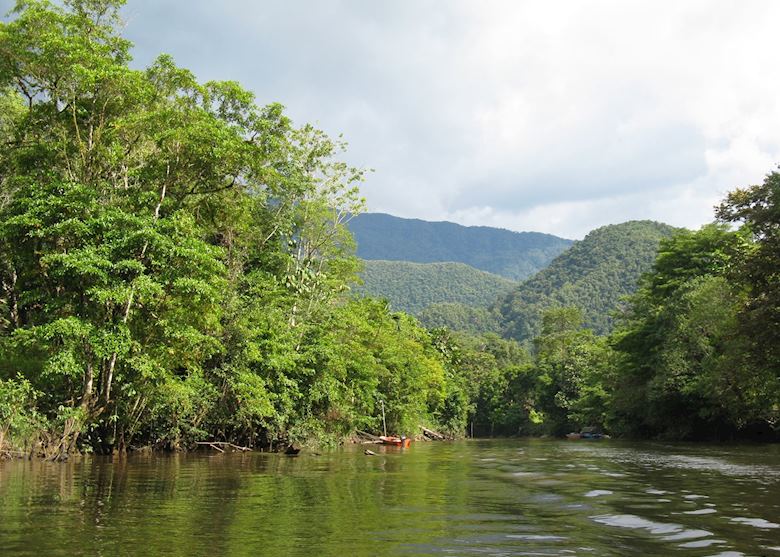 This comprehensive itinerary will take you through the best of Sarawak and Sabah, exploring tribal heartlands, jungle regions, and remote rivers, travelling by boat and exploring on foot. Highlights include Batang Ai with its headhunter tribes, Mulu’s underground cave systems, the orang-utan of Sepilok, and the hornbills of Danum Valley. Finish all this with a relaxing stay at the exclusive Ocean Wing at the Shangri-La Rasa Ria.