Foodie tour of Vietnam in the footsteps of Anthony Bourdain

No television show better epitomizes a love of food and travel than Anthony Bourdian's Parts Unknown. One of Bourdain's favorite countries to visit on his foodie adventures is also one of ours; Vietnam. Inspired by his journeys, we've followed in his footsteps to outline the ultimate food guide to Vietnam, touching on Bourdain's favorite local haunts as well as some of our own.

Anthony Bourdain will be the first to say that any food sampling in Vietnam must begin with the national dish, Pho. This noodle soup has a different flavor in every region of the country, and the debate over where Pho is best prepared is widespread. Some find the pho in Hanoi too salty, while others think Saigon makes it too sweet. There's no such thing as too much pho, so sample it wherever possible to decide for yourself.

Bourdain's favorite Pho comes from the famous Pho Bat Dan in Hanoi’s Old Quarter, a restaurant often lauded for the best pho in all of Vietnam. Pho can also be sampled on a street food tour of Vietnam, where a local food blogger will help you navigate some of Vietnam’s traditional treats.

While in Hanoi, you should be sure to try Banh Mi, the French influenced sandwich served on a fresh baguette with pork and fresh herbs, and the delicious rice noodle dumpling dish Ban Cuon; another one of Bourdain’s favorites. 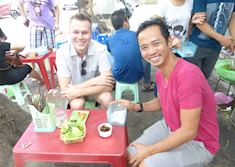 Set off on a street food tour of Hanoi's best culinary spots with a food blogger. 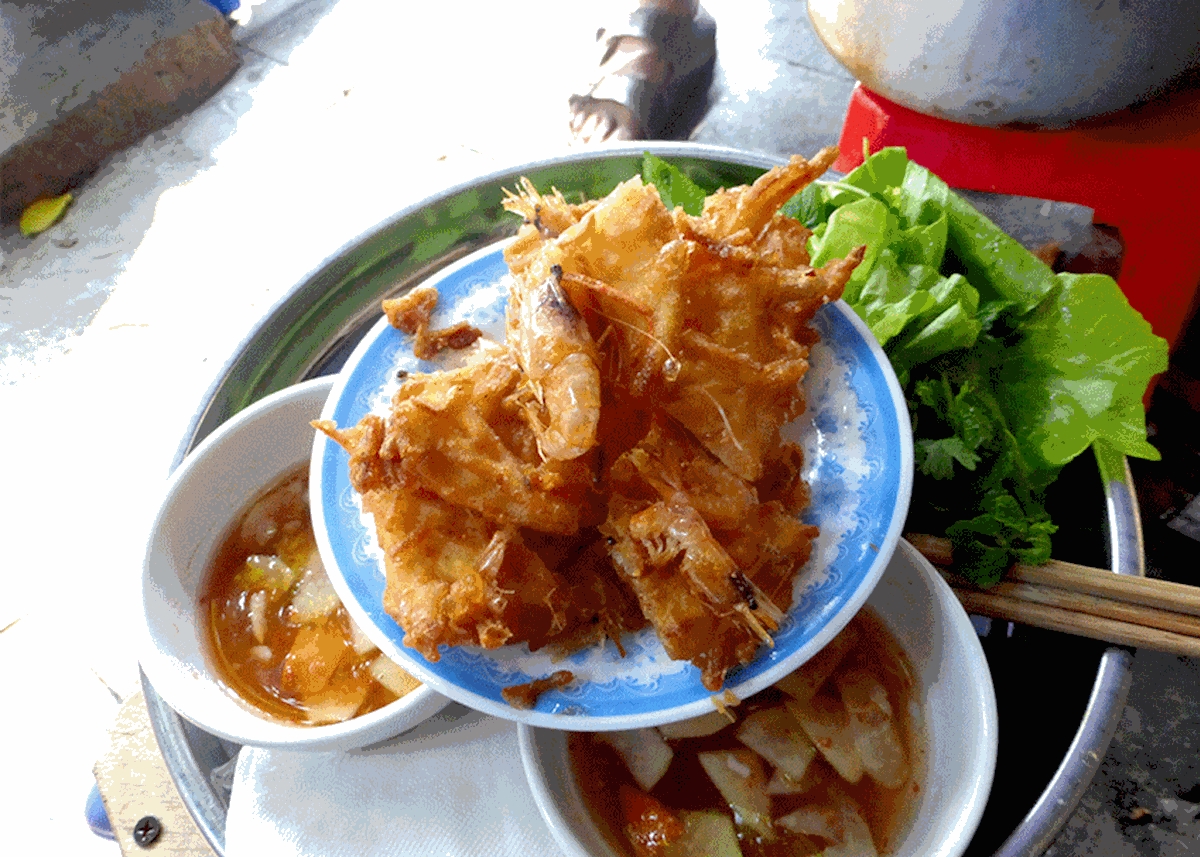 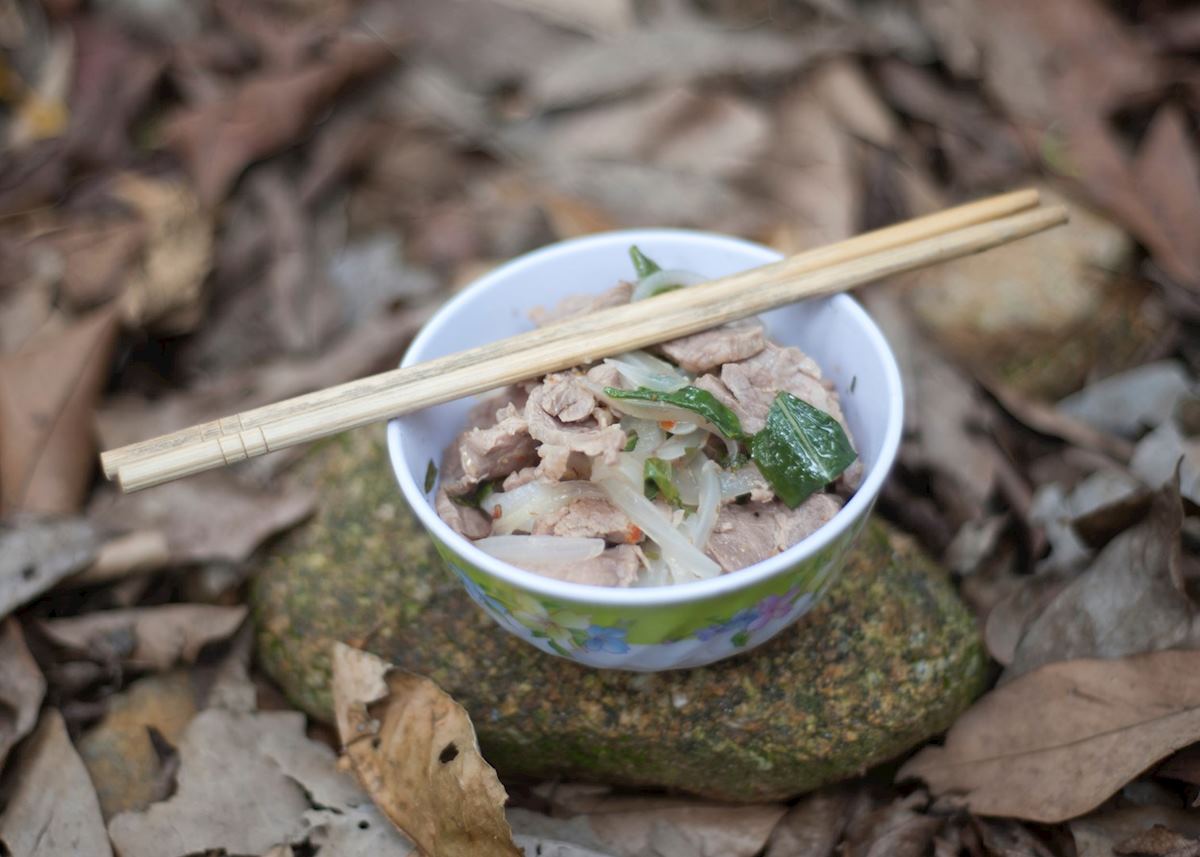 Seafood in Hoi An

For a true seafood experience, head out on a tour with a local Vietnamese fisherman and enjoy freshly caught seafood on board the boat.

Should you prefer to stray away from seafood, Hoi An is also well known for its Cau Lau noodle dish. Only found in Central Vietnam, Cau Lau is a rice noodle dish with thick noodles topped with bean sprouts, croutons, greens and roast pork. 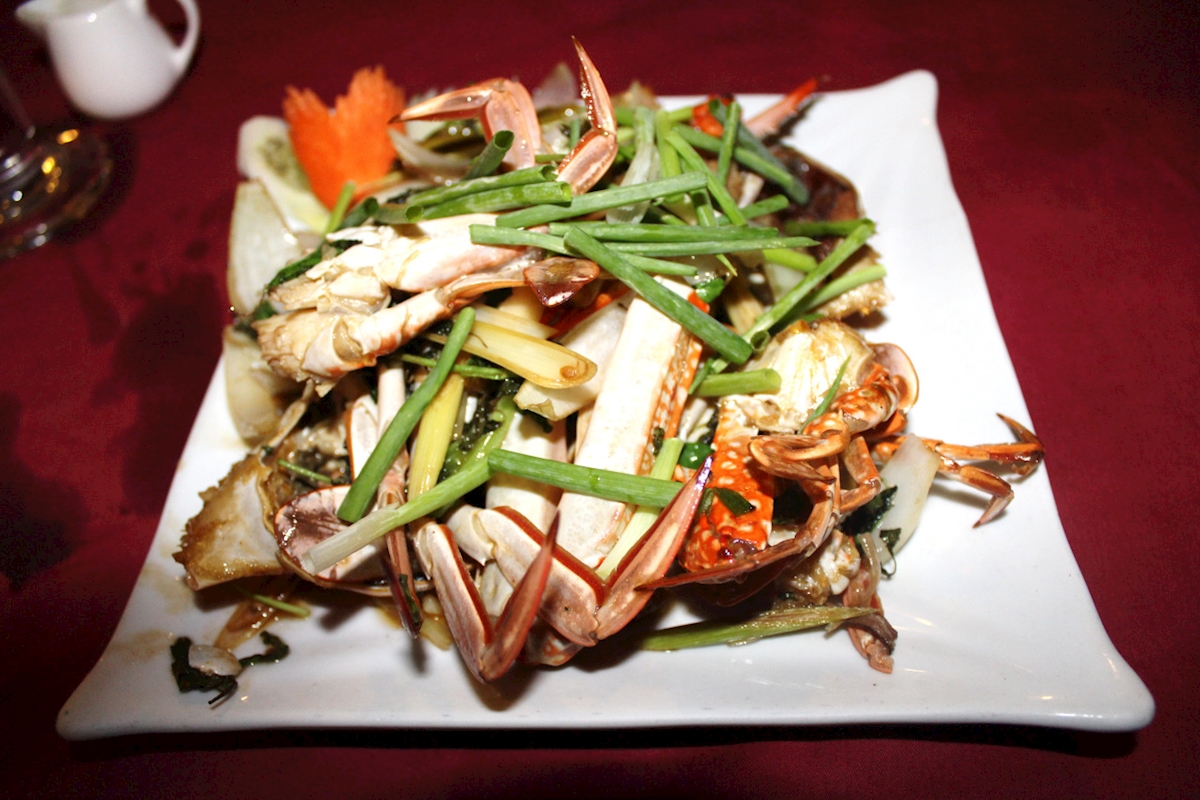 Huge fresh crab is a must-have in Hoi An

Anthony Bourdain is a firm believer that the best way to experience Vietnam is by riding around on a scooter. Combine this with your love of food on a Saigon after dark Vespa food tour. This experience will allow you to try food you would likely not find on your own in the tucked away corners of the city.

Be sure to add Vietnamese pancakes to your list of must try foods in Saigon. Made either with fresh herbs and prawn or vegetables, some of the best renditions of this dish can be found at the Banh Xeo Vietnamese Pancake restaurant.

While in Saigon, you should also give the pho another try to see which region's rendition of the soup you prefer. You'll find the pho in Saigon to be much sweeter and spicier than in other regions. 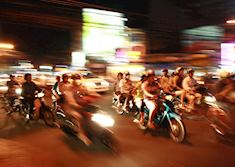 This is a fun and authentic way of discovering Saigon, and although you will have your own driver, we ask that you are confident at riding pillion on a Vespa scooter. 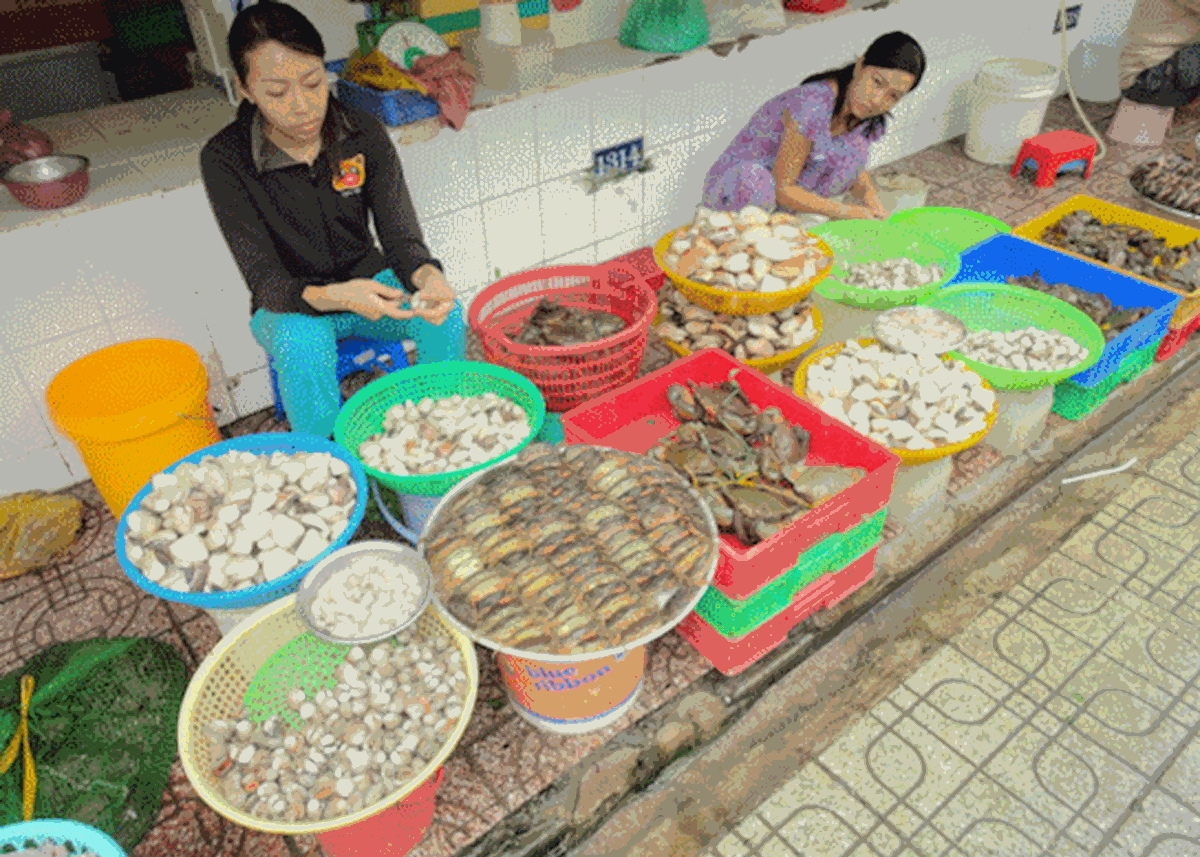 Seafood markets are a common sight in Hoi An 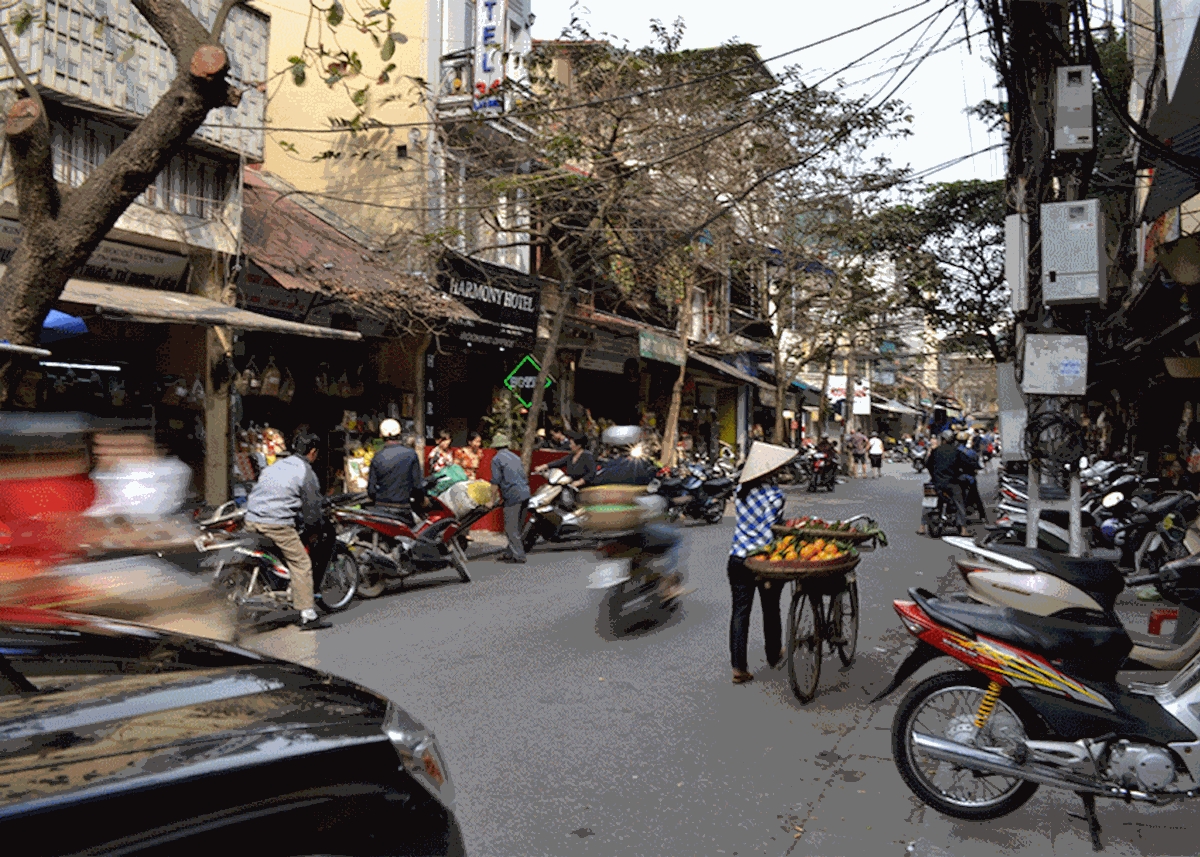 A Vespa tour is a great way to see Saigon

While in Hue, Anthony Bourdain spent a great deal of time searching for the acclaimed bun bo Hue. This pork and beef bone soup is a local delicacy that originated in the area and consists of chili, shrimp paste and long noodles. True bun bo Hue will also contain congealed pork blood cubes which add incredible flavor.

No matter the dish you try, Bon Ha Market is a cultural and foodie experience not to be missed. 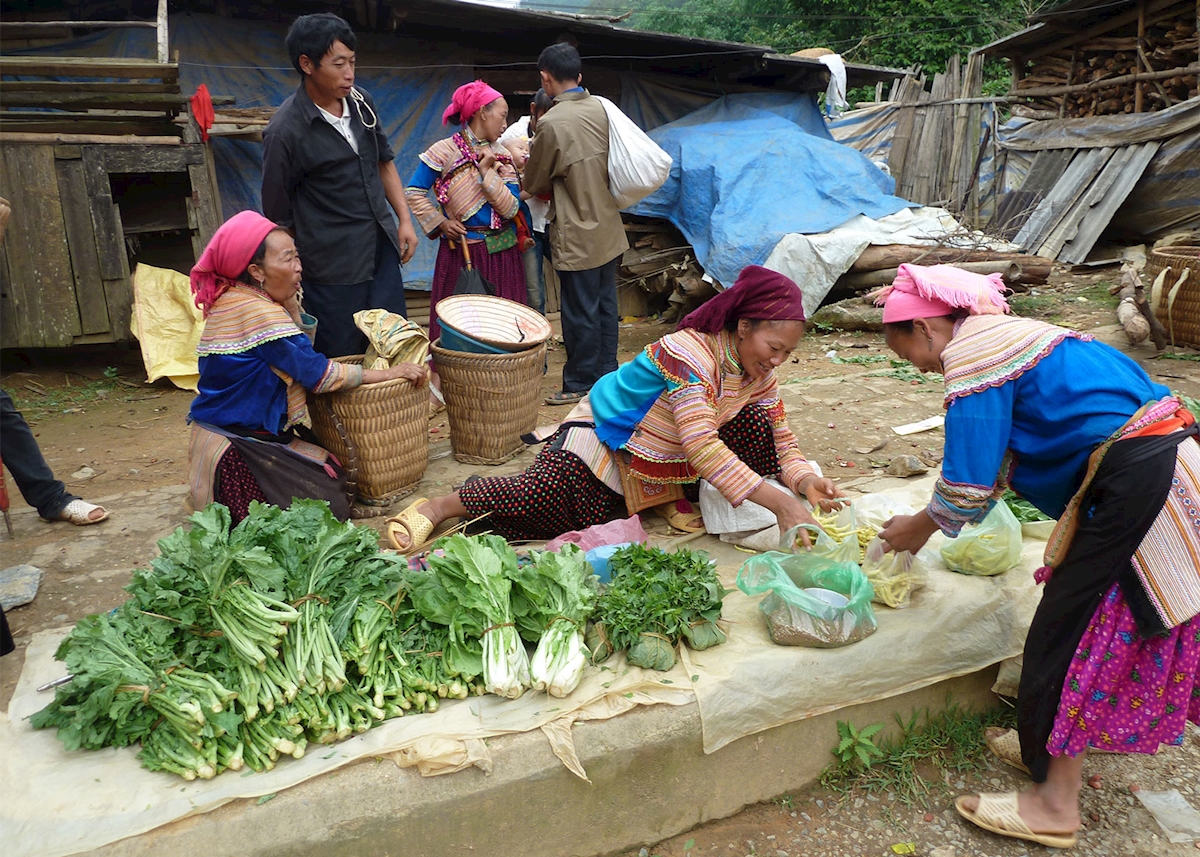 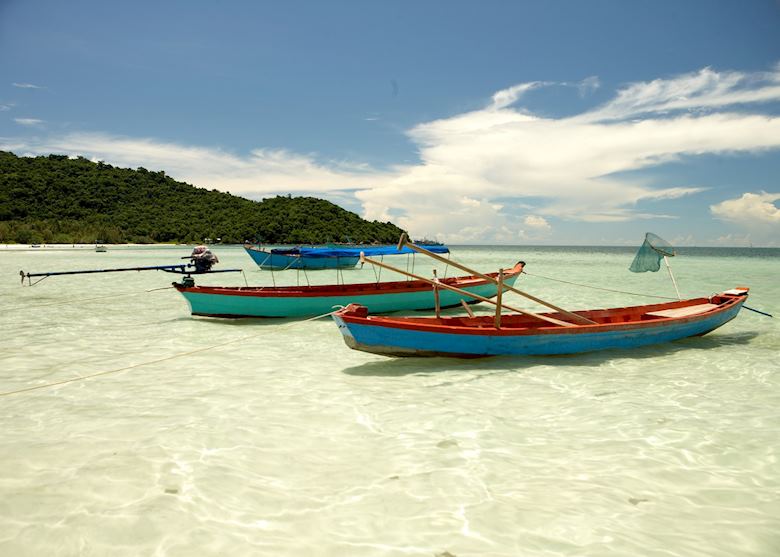 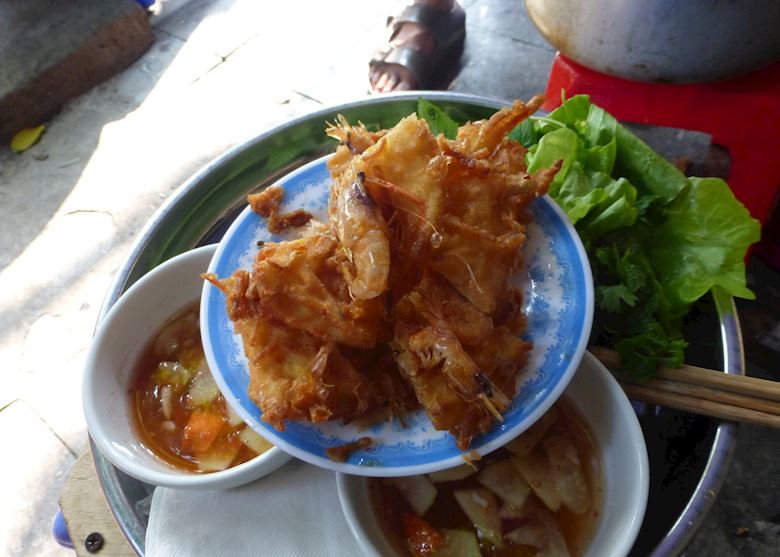