First opened in 1916, the Buco di Bacco is considered by many to be a historic landmark of Positano. It sits right on the beach, just a moment’s walk to the water or to the middle of town. From the road, you will need to wind down several steps to access the hotel, such is the nature of Positano’s hillside structure. But, as soon as you reach the property, everything is within close walking distance. Many rooms have balconies or terraces with outdoor seating, while others open onto the communal gardens and the sea beyond, which makes up for the lack of a swimming pool. 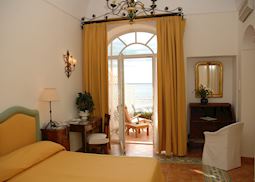 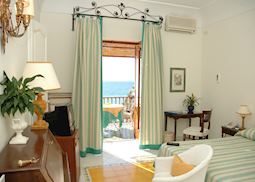 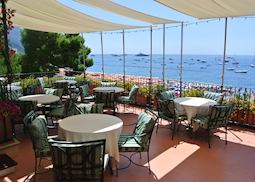 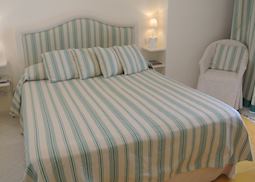 Rooms at the Buca di Bacco are calming, with local, historical touches. The vast majority of the rooms and suites have views of the sea. The balconies are a lovely touch and the rooms are a good size with air-conditioning and bright marble bathrooms. As the property is built over different levels, all the rooms have their distinct shape and character; some offer views of the Church’s golden dome, and others look out on to the quaint communal gardens, dotted with banana plants and bougainvillea.

Steps from the beach and under five minutes’ walk to the central church of Santa Maria Assunta, Hotel Buca di Bacco hits the mark in terms of location. On arrival, car access stops half way up the hill. So, you’ll need to meander down steps to the hotel but you’ll soon get used to these pleasant winding routes that lead you to the best restaurants and shops.

The Buca di Bacco restaurant is almost as well known as the hotel, and is one of only a few restaurants right on the beach. It serves fresh, delicious seafood as well as meat dishes and local specialities and is open for breakfast, lunch and dinner. There is also a second restaurant beneath called The Veranda, run by the same chef.

Although this hotel does not have a swimming pool, it is very close to the water if you want to cool off in the sea. Cooking classes are offered in the afternoons for adults and children aged ten and upwards. They last two hours.

Full of character and history, the Hotel Buca di Bacco is a great option for those who value views and location above all else. The rooms can be a little simple, so we recommend opting for a higher category with a balcony or terrace. You need to be comfortable climbing steps to access your room.

Start planning your tailor-made vacation by contacting ​one of our certified Amalfi Coast Region specialists... 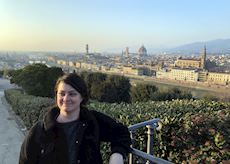 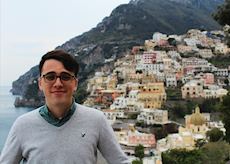