The Izu Peninsula juts into the ocean around 100 km west of Tokyo and is home to spectacular, rugged coastline, abundant hot spring baths and some lovely ryokan accommodation.

At the weekend and during national holidays the towns to the north of the peninsula can become very crowded with domestic tourists, but head inland and to the smaller coastal towns to the south and you will be rewarded with beautiful views and a quieter environment in which to enjoy them.

The hub in and out of Izu is the built-up and unattractive town of Atami, but this really is just the gateway to more interesting areas.

Particularly worth a visit are Shimoda, for its scattering of temples, western heritage (it was the home of the first western diplomat in Japan) and pleasant beaches, with Shirahama being the loveliest, Rendaiji Onsen for its hot springs and Shuzenji, a quaint town nestled in a lush valley.

Trains access most of the towns but a hire car is also a good option in the area, as there is plenty to see dotted along the coastline, including a spectacular clifftop hot spring bath. 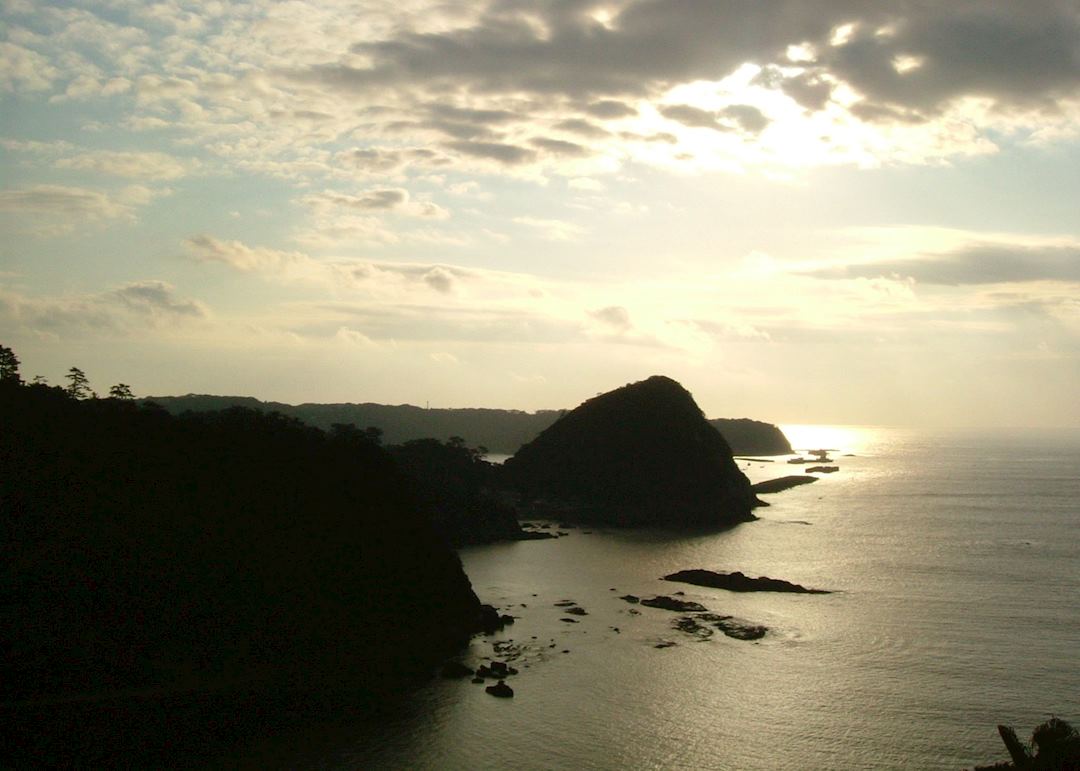