Kenya is widely perceived as being full of tourists, with hundreds of mini-buses and not a patch of untouched wilderness.

Off the beaten track

People imagine the coast as a hot bed of beach-hawkers and large hotels. In fact, the busy parts of the country are few and the mass market tends to stick to the same routes and hotels without venturing off the beaten track.

At Audley we know Kenya inside out, and it is a beautiful, wild and superb place with huge tracts of wilderness where you will not see another soul. These are the areas that we like, and we are sure you will too.

To access these areas, we'll fly you in light aircraft. Once there, we'll have guides on hand to ensure you get the most out of your safari.

The official language of Kenya is English and Kiswahili (also known as Swahili) is the National Language. There are also various tribal languages spoken throughout the country. Almost everybody involved in the tourism industry, either directly or indirectly, will be able to speak some English.

The traditional gratuity to safari guides or camp staff is not included in the price of your tour but is completely discretionary. If you want to tip because you have received good service, a brief guideline is as follows:

Where restaurant meals are involved, the tipping standard is usually 10% of the bill.

A few restaurants and shops in the tourist areas may also accept payment in US$.

Credit cards are accepted at some of the major hotels but a 5-10% surcharge will usually be added. There are ATM's in most banks in Kenya from which you can withdraw cash, however, pin fraud is relatively common so we don't recommend this. The best way to take money is in US$ cash.

Conservative casual wear is generally acceptable everywhere, but revealing clothes should be avoided since they may cause offence. When on the coast it is fine to wear your swimsuits around the hotel and private beaches, however you should cover up if going into villages and towns. Do not take pictures of people without asking permission.

When to go to Kenya

You'll find temperature and rainfall information, together with a month-by-month guide on visiting, on our guide for when to go to Kenya. 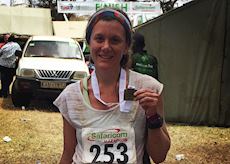