This dramatic example of Khmer architecture stands majestically on the summit of an inactive volcano with views toward Angkor Wat and the Dangrek mountains in Cambodia.

There are many impressive design features including a spectacular approach along a 200-meter avenue of pink sandstone pillars capped with lotus-buds to an ornate five-headed naga bridge and an ascent of many steps to the main sanctuary. 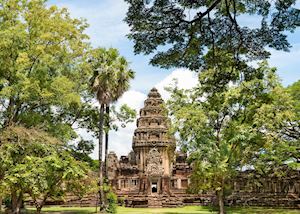 The exquisitely carved buildings are aligned so that on the days of the Full Moon in April you can stand at the western entrance and see the rising sun through all 15 doors. 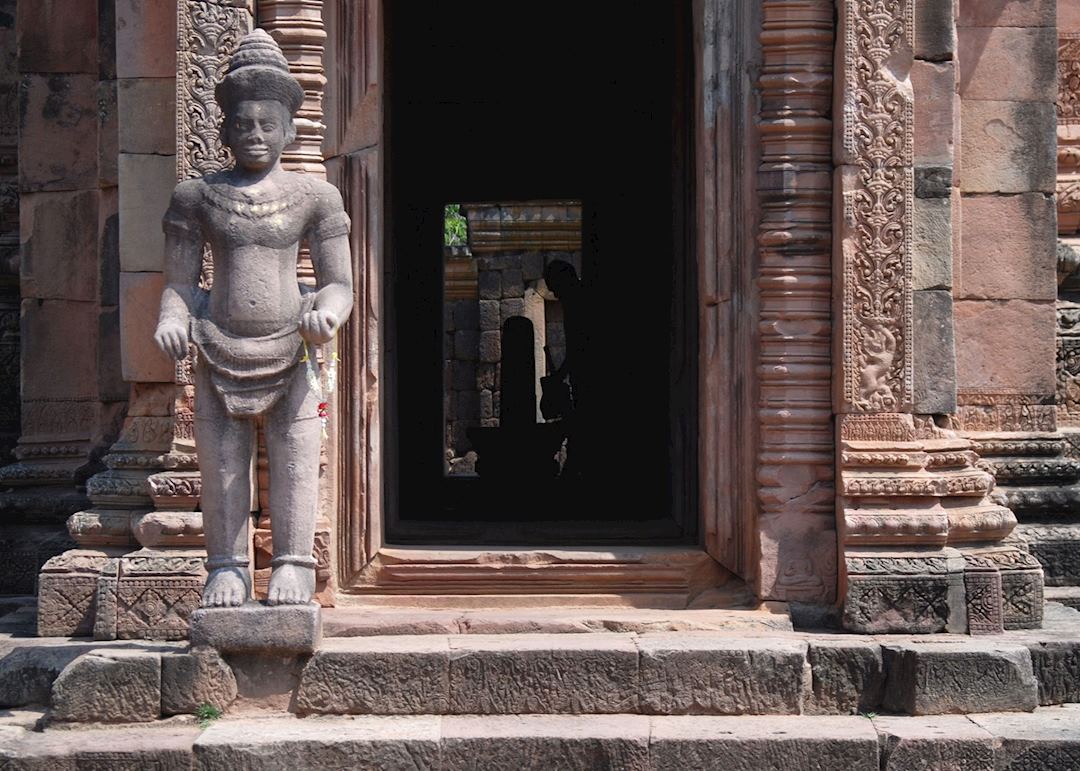 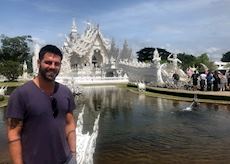