The little town of Kayenta is ideally situated between magnificent Monument Valley and the Navajo National Monument. Monument Valley itself encompasses the classic Wild West scenery of sandstone buttes, forbidding pinnacles of rock and an endless expanse of drifting red sands that have been immortalized in the early Wild West films. Such scenery exists elsewhere but nowhere is it so perfectly distilled, and the sheer majesty of the place is breathtaking.

The region also remains the stronghold of the Navajo culture and is little affected by tourism, making a visit here a highlight of a trip to the southwest. The most impressive monoliths are a pair called the Mittens, the taller of which rises 1,000 feet above the valley floor. Other highlights include ancient native rock art panels and Ancestral Puebloan ruins. It is possible to drive along a bumpy unsurfaced road through the valley, but the Navajo-led jeep or horse riding trips are very much recommended.

Start planning your tailor-made trip to Kayenta, Monument Valley by contacting one of our US specialists 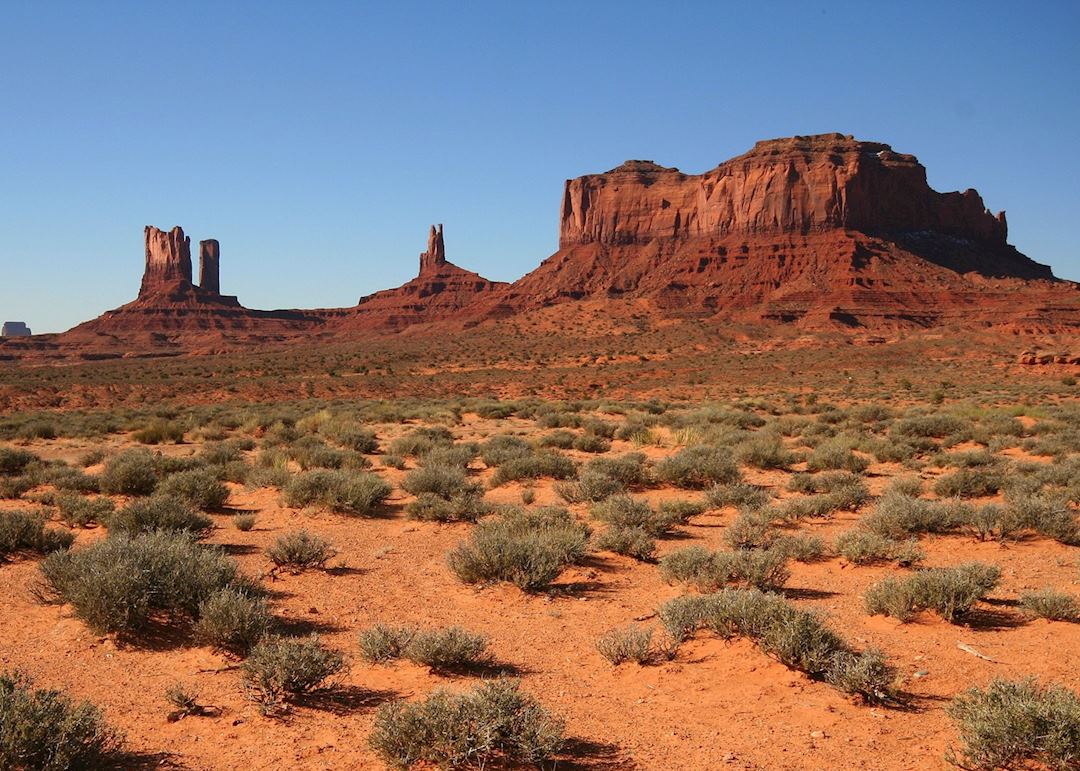