Shanghai is a bullish China for the 21st century and beyond, a city buttressed by both European colonial relics and futuristic skyscrapers. Its calling card is the spiky skyline of the Pudong district. At night, this waterfront assortment of angular glass-and-steel oblongs lights up in bright cobalts, reds, purples and greens.

Patterns snake and flash up the buildings’ sides. The Oriental Pearl Tower’s trademark sphere glitters like a disco ball. Opposite lies the Bund, a promenade overlooking the Huangpu River, and a corridor for no less than 22 heritage buildings, including neoclassical former custom houses and Art Deco banks.

Branching off from the Bund are streets replete with fine restaurants, bars and international hotels — opportunity aplenty for China’s nouveau riche and millennials to show off their purchasing power.

Heading downriver, you reach the first real pocket of pre-20th-century Shanghai. Yuyuan Garden, a restored Ming-era walled retreat, offers some respite from its surrounding bazaar, which teems with souvenir sellers and snack stalls.

The garden is an enclave of rockeries, koi-filled ponds, wooden halls, 300-year-old wisteria, moon gates, and little pagodas. High-rises peek out from behind the magnolia, maple and ginkgo trees. 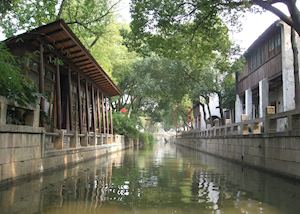 But, a meeker, more low-key Shanghai still exists in the rabbit warren of the old town, and the lilongs (alleyways) and traditional shikumen (stonegate) housing of the French Concession. They’re best explored via a guided cycling tour.

This is where old-world Shanghai clings on, impervious to the galloping development engulfing the city. Washing is strung up along the roadsides, mo-bikes (motor-driven tuk-tuks) squeeze past you down impossibly slender backstreets.

Through open doorways, you’ll glimpse groups huddled around mahjong tables in small, darkened rooms. Pyjama-clad residents glide past on bicycles, or sit outside their doorways, knitting, chatting, smoking, absorbed in a game of chess, or playing with babes-in-arms.

Some of the lilongs have a village-like atmosphere. Fruit and vegetable stalls, and little wet markets (full of trays swimming with live fish) congregate on tiny crossroads. And, old customs live on. You needn’t hand over money for spring onions (scallions) when buying your wares from a vegetable cart — they’re still dished out for free, just as they were during wartime.

Many of the ramshackle lanehouses lining the lilongs were once owned by White Russian émigrés and now house several families living cheek-by-jowl. Some houses bear stone carvings of flowers or the fleur-de-lys, copied from the Art Deco villas of the leafier areas of the French Concession. (Shanghai has the highest number of Art Deco buildings of any city in the world — you can even take a private tour focused on exploring its most arresting examples).

The French Concession is also home to a small museum dedicated to Maoist propaganda poster art, some out-of-the-way Buddhist temples, and parks with topiary hedging and lawns. Here, you’ll see residents gathering to take part in any number of activities, from diabolo spinning to t’ai chi, from water calligraphy to partnered folk dancing.

Moving back toward the riverfront, commerce and modernity takes over. Neon-lit Nanjing Road is crammed with shops and global chains, while the districts of Tianzifang and Xintiandi contain bijou stores and galleries in recreated back lanes masquerading as an older Shanghai.

But, you can find an altogether edgier side to contemporary Shanghai in M50, a former industrial quarter of disused factories taken over by young, independent artists and designers.

Avoid the first days of May and October, which coincide with busy public holidays in China. Aim instead for late March to May or late September to October, when the weather is warm and rain rare. 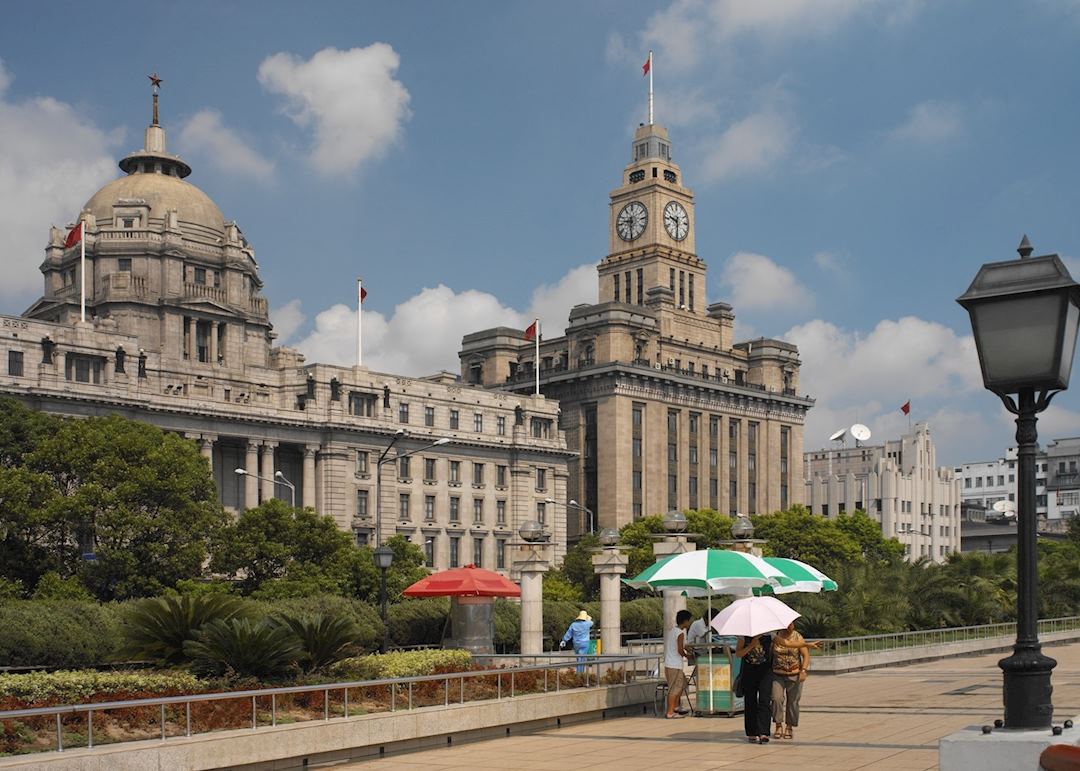 Start planning your trip to Shanghai

Our expert guides to exploring Shanghai

Written by our specialists from their own experiences of visiting Shanghai, these guides will help you make the most of your time there. We share both our practical recommendations and the best ways to appreciate Shanghai at its best.

We’ve selected a range of accommodation options for when you visit Shanghai. Our choices usually come recommended for their character, facilities and service or location. Our specialists always aim to suggest properties that match your preferences.

Our specialists seek out authentic ways to get to know the places that could feature in your trip. These activities reflect some of the experiences they've most enjoyed while visiting Shanghai, and which use the best local guides.