A guided tour of the beautiful archaeological site of Copán, marking the most southerly point of the Maya Empire. Discovered in 1570 by Diego García de Palacio, the ruins of Copán were not excavated until the 19th century. The ruined citadel and imposing public squares reveal the three main stages of development before the city was abandoned in the early 10th century.

Designated as a UNESCO World Heritage Site in 1980, it is known for its intricate stone sculptures in particular the enormous and impressively carved stelae representing the 17 Mayan leaders. Set among the forest you come across clearings of exposed ruins including the carved stelae and an amazing hieroglyphic stairway.

One of the main highlights is the subterranean tunnels dug by archaeologists under the acropolis to expose earlier stages of Copán civilisation, some of which are now accessible for visitors. These underground tunnels reveal the façade of the Rosalila temple buried by the Maya underneath Temple 16.

There is an excellent museum at the site, which you can visit with your guide. The guides are not permitted to enter the museum to provide a tour but there are comprehensive explanations of the artefacts on display for your reference. This museum of Mayan Sculpture is particularly worth seeing as it houses a real size replica of the Rosalila Temple, a series of reconstructed temple façades with fine sculptures, and some original sculptures, including Altar Q which shows the royal lineage of Copán.

Other experiences in Copán 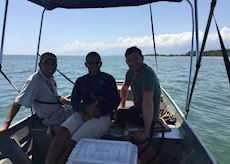