Exploring countries through their food and drink

Eating and drinking local fare is one of the best ways to get an insight into a country’s culture. Our specialists have distilled some of the best food experiences from their recent travels, from cookery courses and street food tours to al fresco fine dining, here are their highlights.

A street food tour of Calcutta, India by Graham 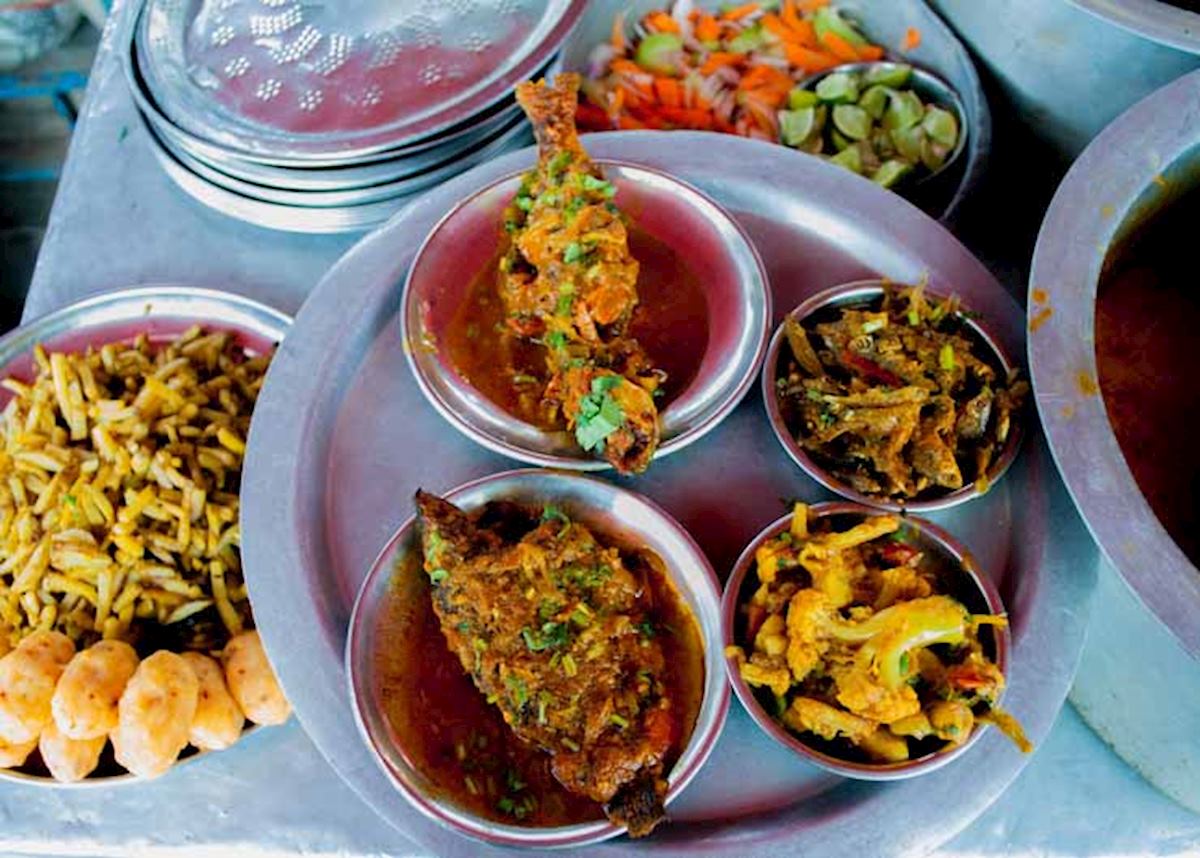 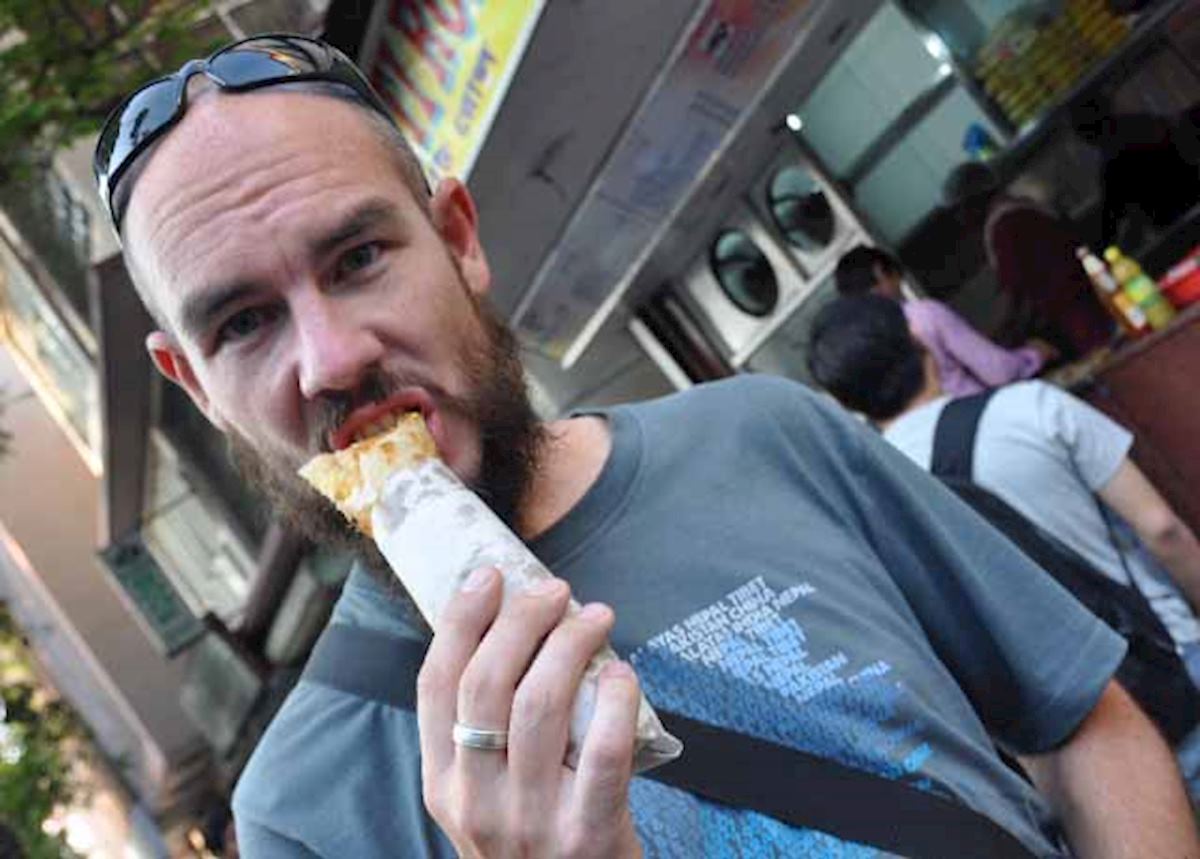 We began our tour in the late afternoon, cooling off with a glass of falooda. This is a rose-syrup drink mixed with milk, first brought to India by Muslim traders. Moving into the markets, I tried some delicious chhaana (soft, Portuguese-style cheese), and freshly baked biscuits. Locals are known for having a sweet tooth so a lot of the street food on offer is generously coated with sugary syrup.

Nipping across to India’s only Chinatown, I tried a crispy fried dumpling before we tackled the most popular food in Calcutta, the kati roll. A rolled chapatti smothered with egg and spices, it’s unique to the city. As the sun began to set, we joined locals perched on pavements enjoying a cup of chai: spiced Indian tea served in a small clay cup. 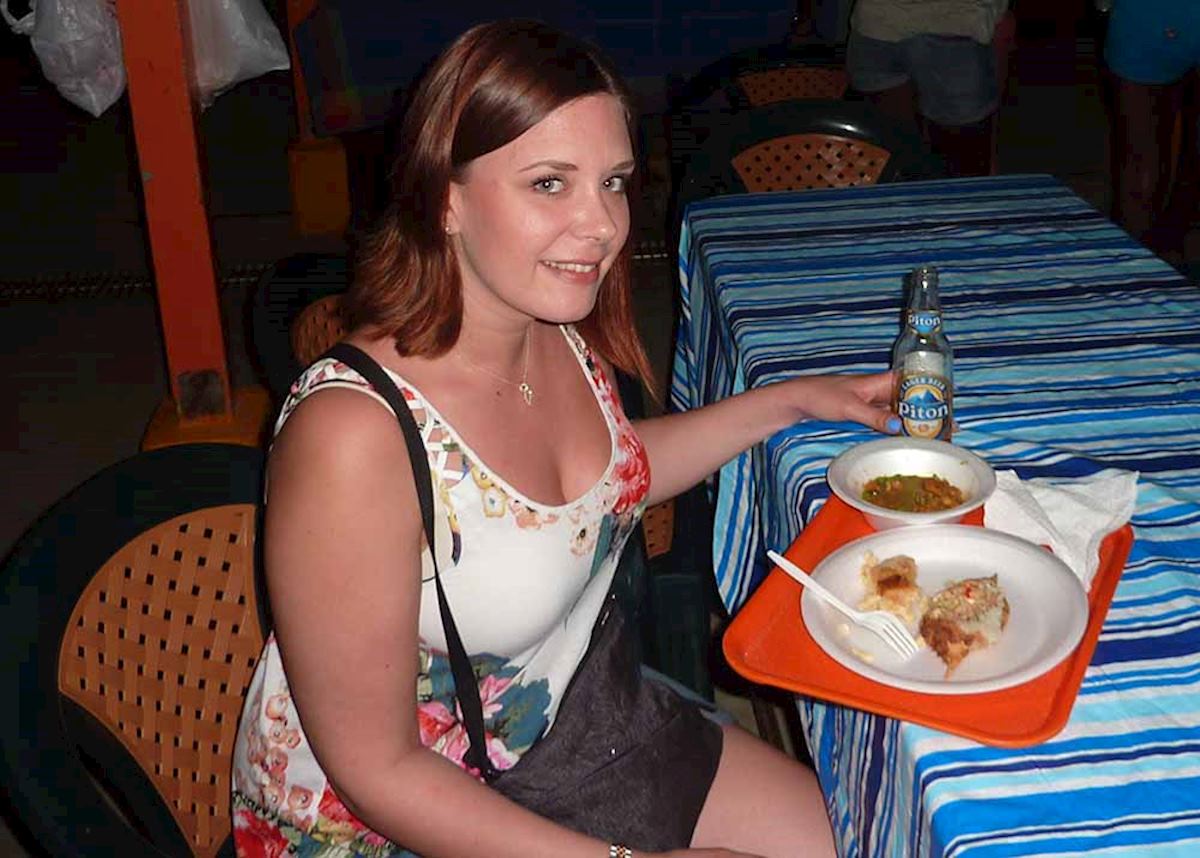 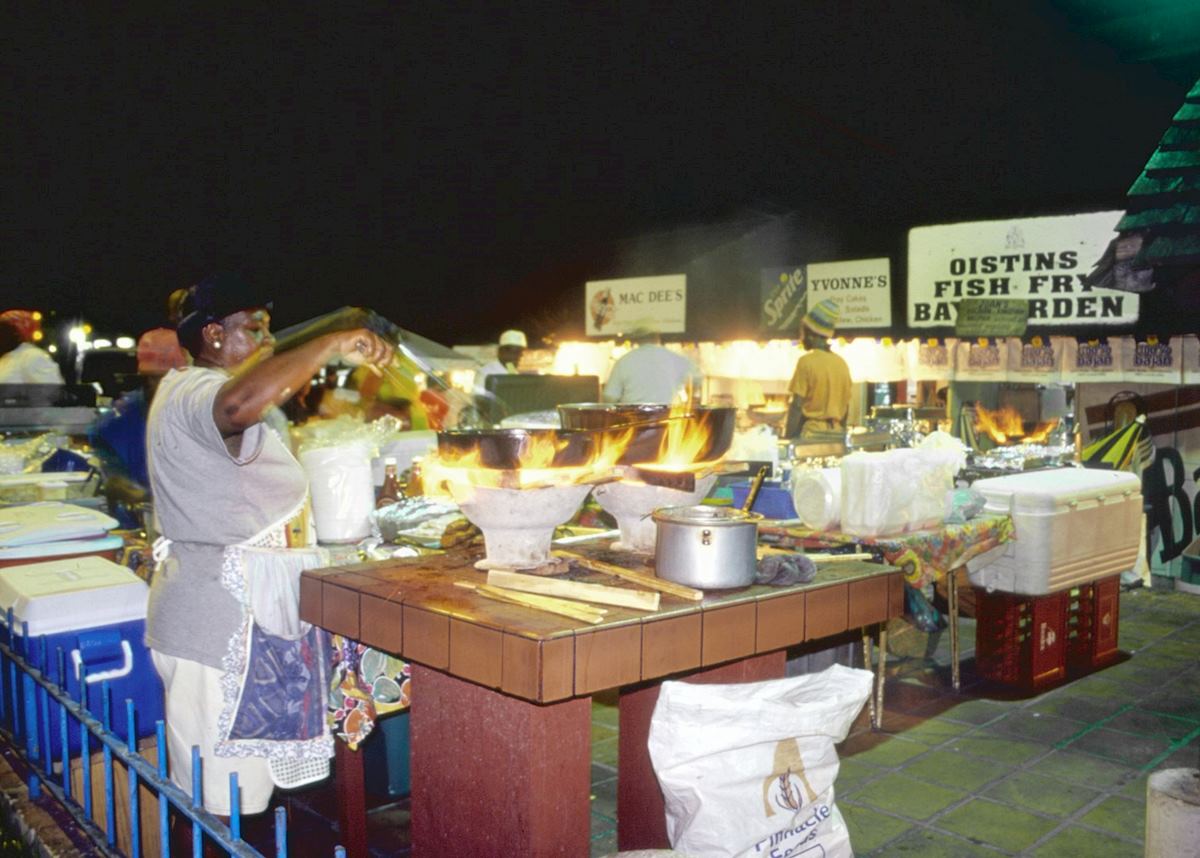 Michelin-starred chefs from all over the world come to the Caribbean to set up à la carte restaurants, but I prefer to head to a local fish fry. Held across the Caribbean, I particularly like the fry in the small fishing village of Gros Islet on Saint Lucia.

Every Friday, local fishermen set up street stalls lined with their morning’s catch. Crab, lobster, salt fish and snapper are common, grilled on barbecues. Try accompanying your fish with grilled corn and a chilled rum punch, or a local Piton beer.

Sitting to eat at one of the tables scattered along the roadside, you’re surrounded by local families discussing the week’s events and young children dancing to the live music. 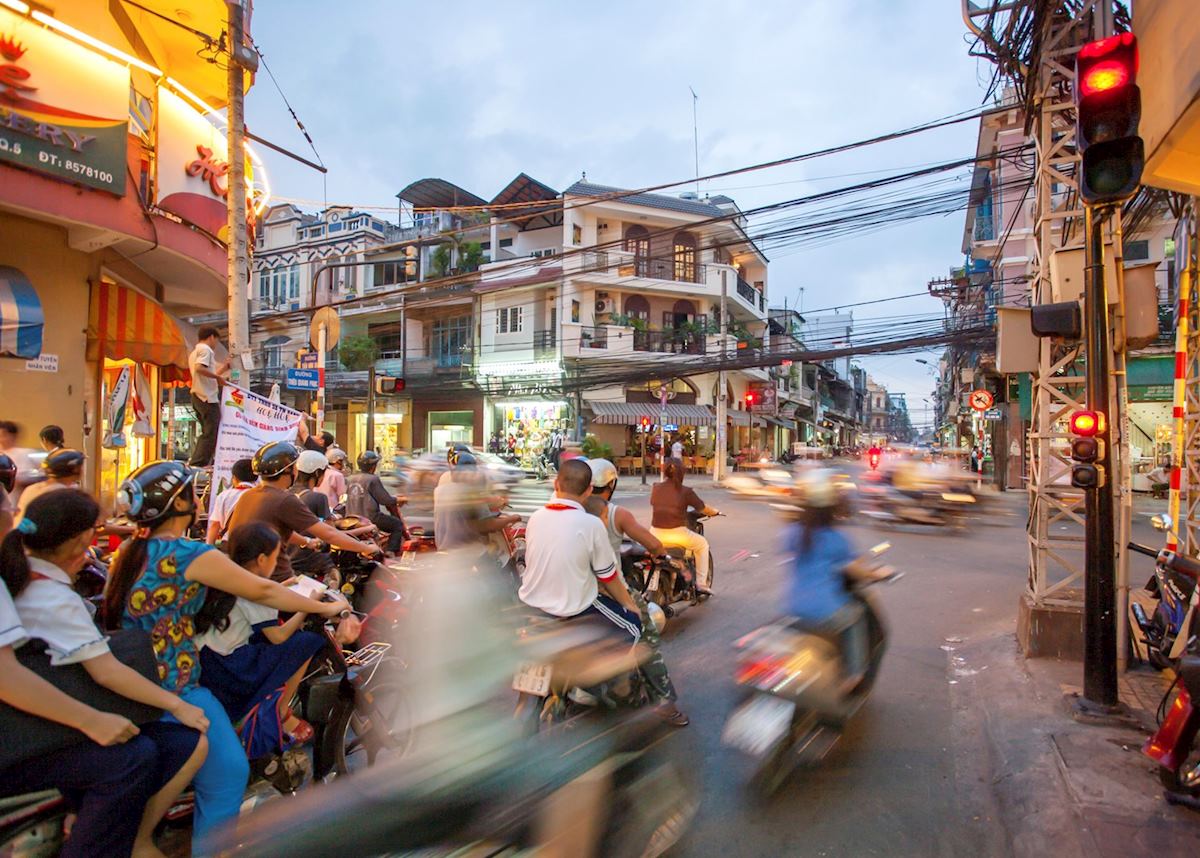 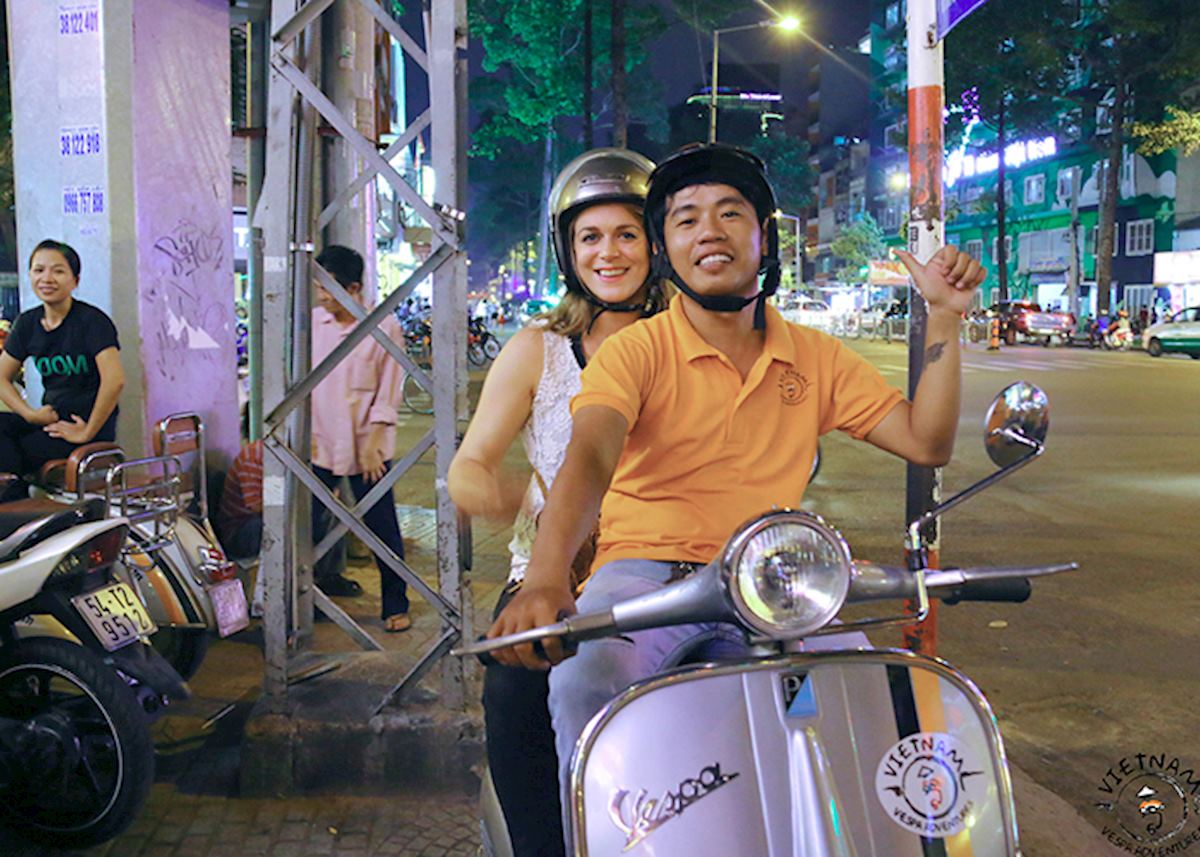 Eleanor on a vespa, Saigon

Although Vietnam’s cuisine is widely celebrated, Saigon in particular is not well known for its food – unless you know where to go. One night during my stay there, I hopped on the back of a Vespa and joined a ‘Saigon After Dark’ tour. It’s a great way of getting out of the busy, commercial areas and meeting and eating with local people.

Over the course of the evening, I rode pillion through Saigon’s winding streets, taking pit stops at my guide’s recommended eateries and tiny, unassuming restaurants.

Out of everything I ate that evening, Banh bo (neat steamed pork buns) dipped in an orange sauce were particularly delicious. A more unusual highlight were crispy frogs’ legs, nicknamed ‘Vietnamese KFC’. Surprisingly, they tasted just like chicken wings. 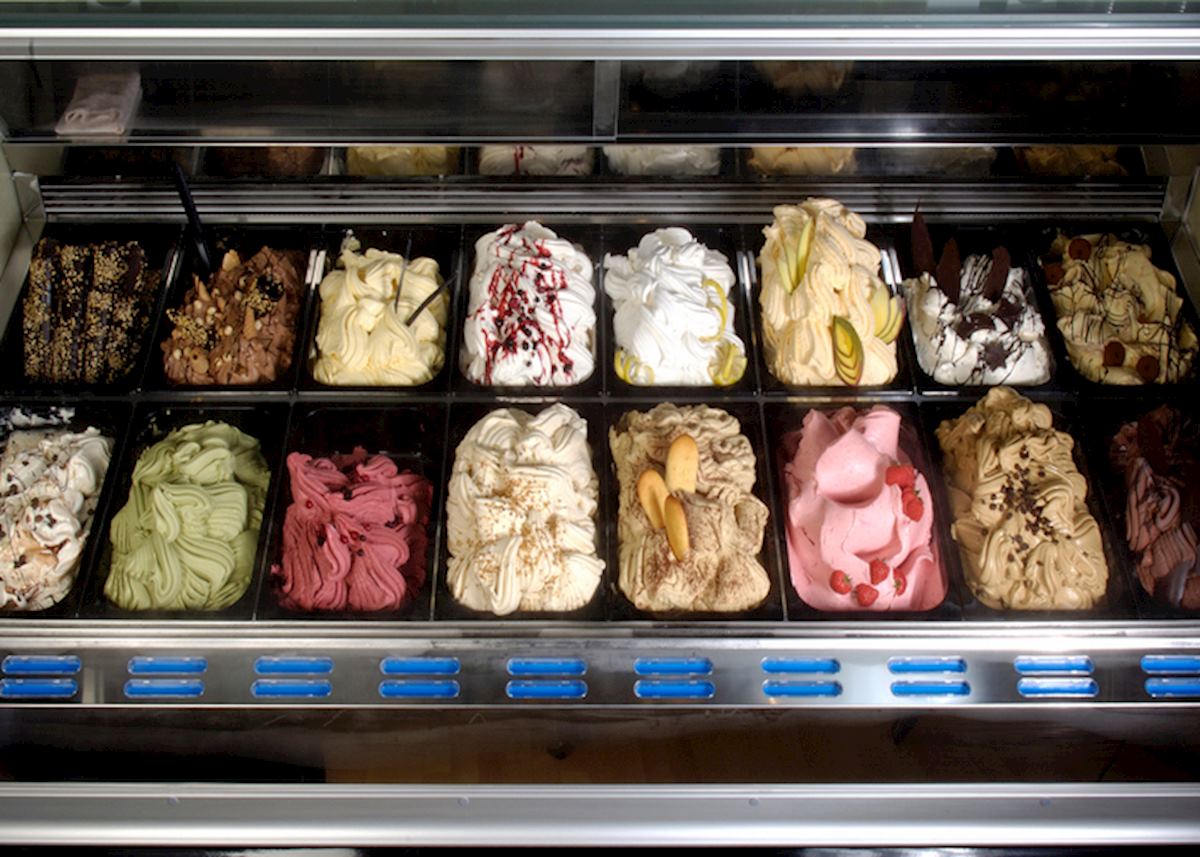 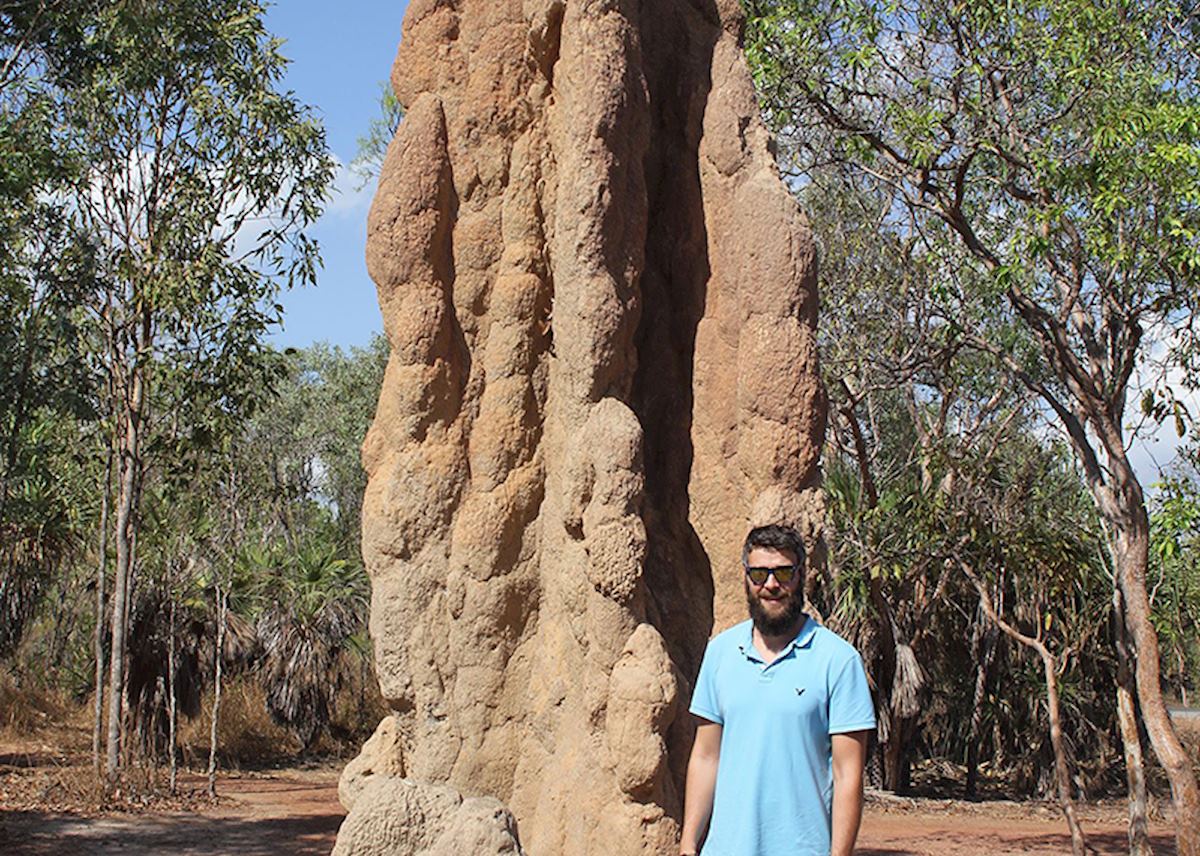 Ross next to a giant termite mound

The Australian food scene is vibrant and experimental, blissfully free of the culinary conventions that hold sway in some other countries. When I lived in Sydney, I discovered how the country is reinventing Italy’s version of ice cream – gelato.

Walking through Chinatown one day, I noticed a large crowd staring into a shop. Inside, people in lab coats were pouring what looked like clouds into silver bowls with mixers spinning in them.

But it wasn't just for show. One of the ‘lab assistants’ explained that this was liquid nitrogen, which, at minus 196C (320.8F), freezes the crème anglaise mixture instantly, avoiding micro ice crystals. It makes for the smoothest gelato I’ve ever tried. My top pick? Crème brûlée: the sugar topping is browned with a blow torch, just like the French dessert.

Cooking Sancocho in Colombia, by Kate 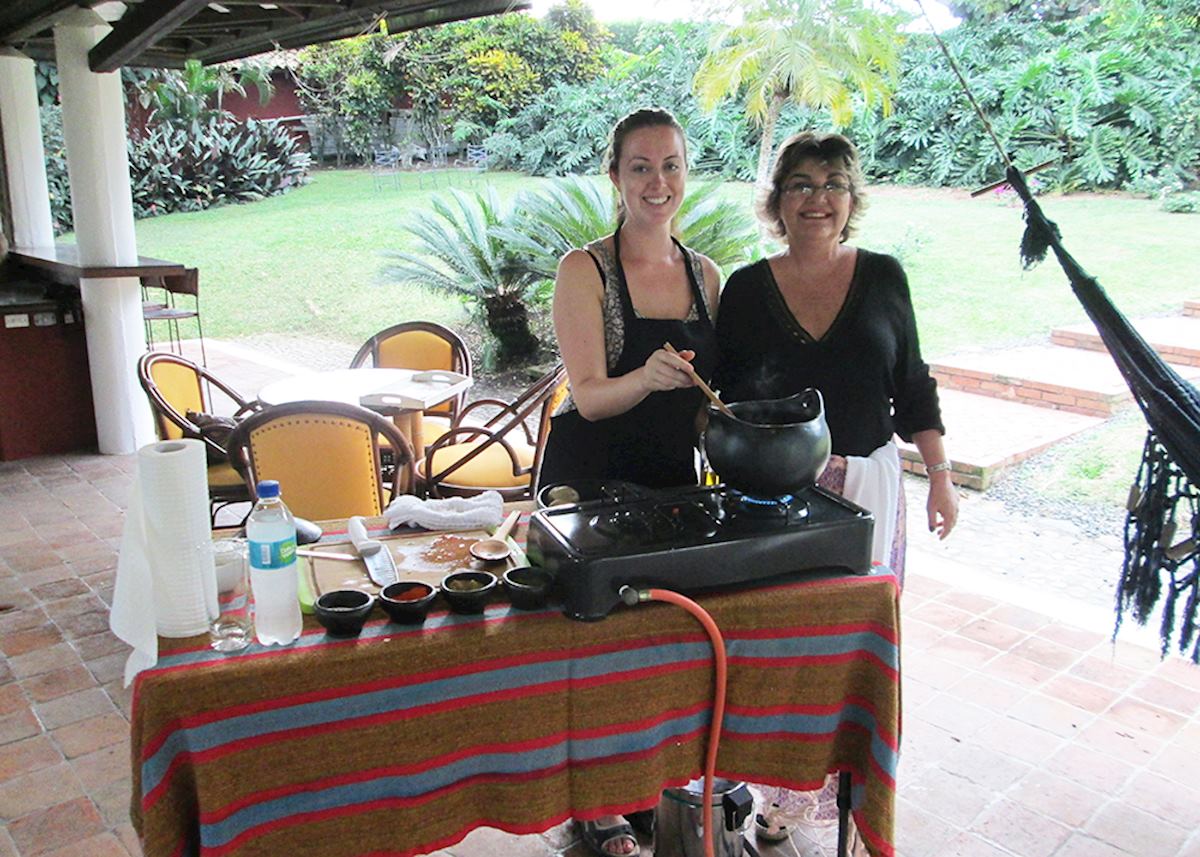 Kate with the chef at Boutique Hotel Sazagua 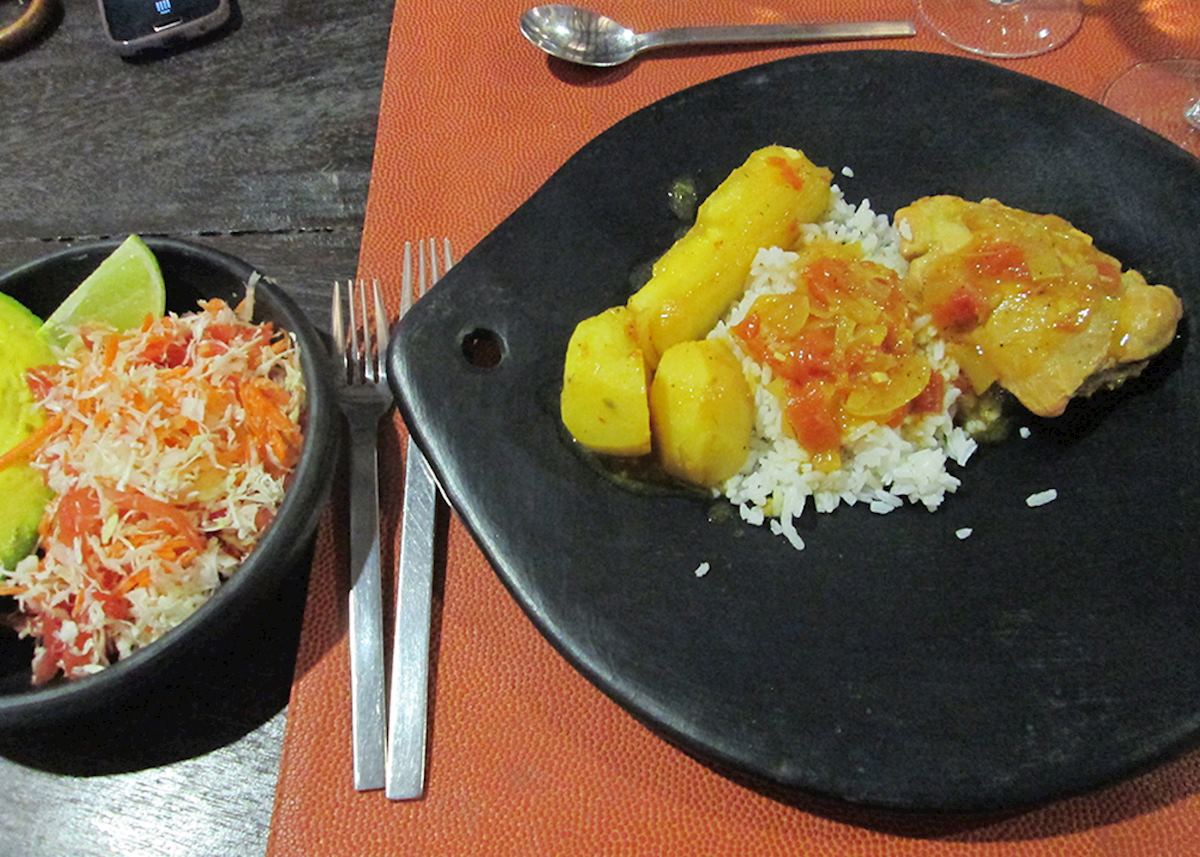 A charismatic professional cook led the class – she was refreshingly hands-on, and I found out that she was once a celebrity chef on Colombian TV.

The whole process took about 30 minutes, then we sat down to eat our creations with a glass of chilled wine. I’ve since recreated the recipe many times at home. 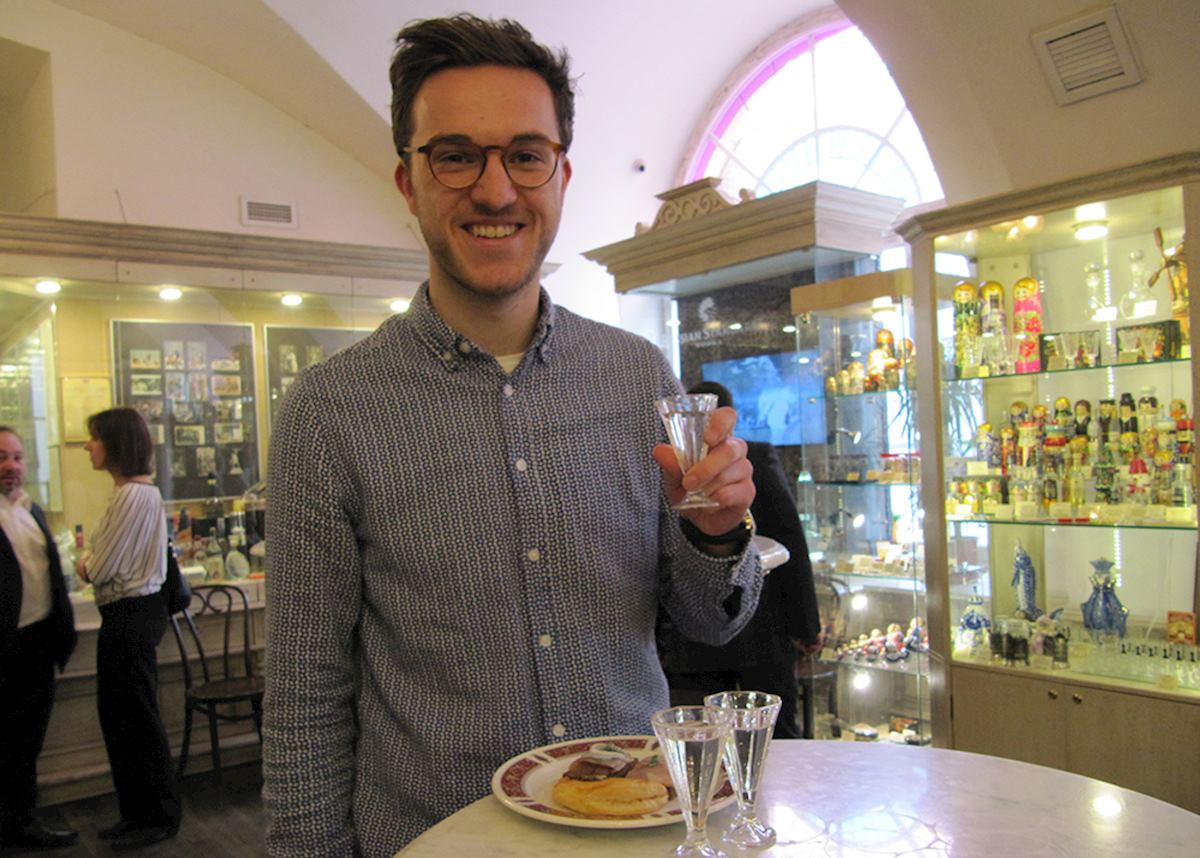 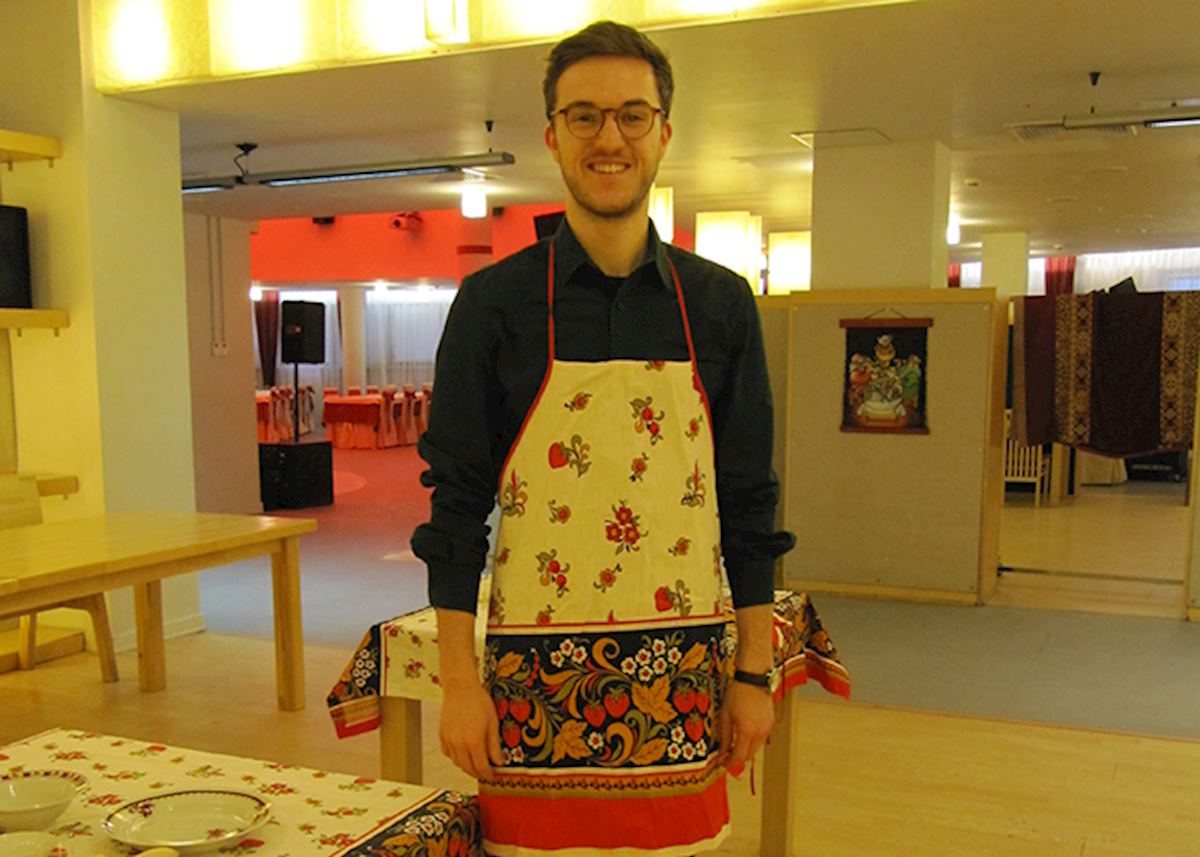 Nick getting ready for his cookery class

When I visited, I especially enjoyed learning about the Soviet-era prohibition of vodka. I was also offered three shots of the spirit, each one varying in strength, accompanied by some classic Russian snacks such as pickled herring, cucumbers and dill.

No tasting should be done on an empty stomach – a good excuse to treat yourself to a hearty lunch beforehand. There’s borscht (beetroot soup), but as an alternative, try one of St Petersburg’s many Georgian restaurants. Meals typically consist of spinach and nut-based starters, followed by meat or beans. Khachapuri would be my top recommendation – a tasty cheese-filled bread, served with an egg cracked on top. 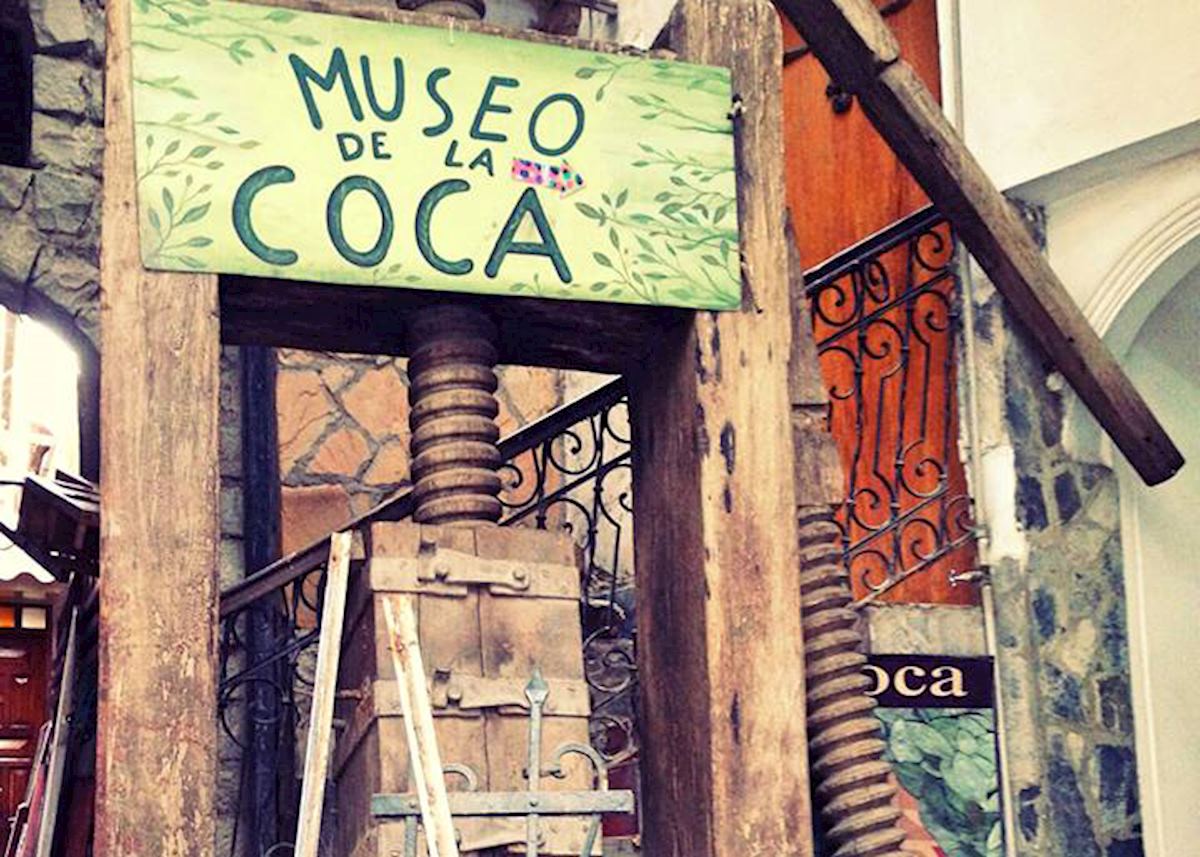 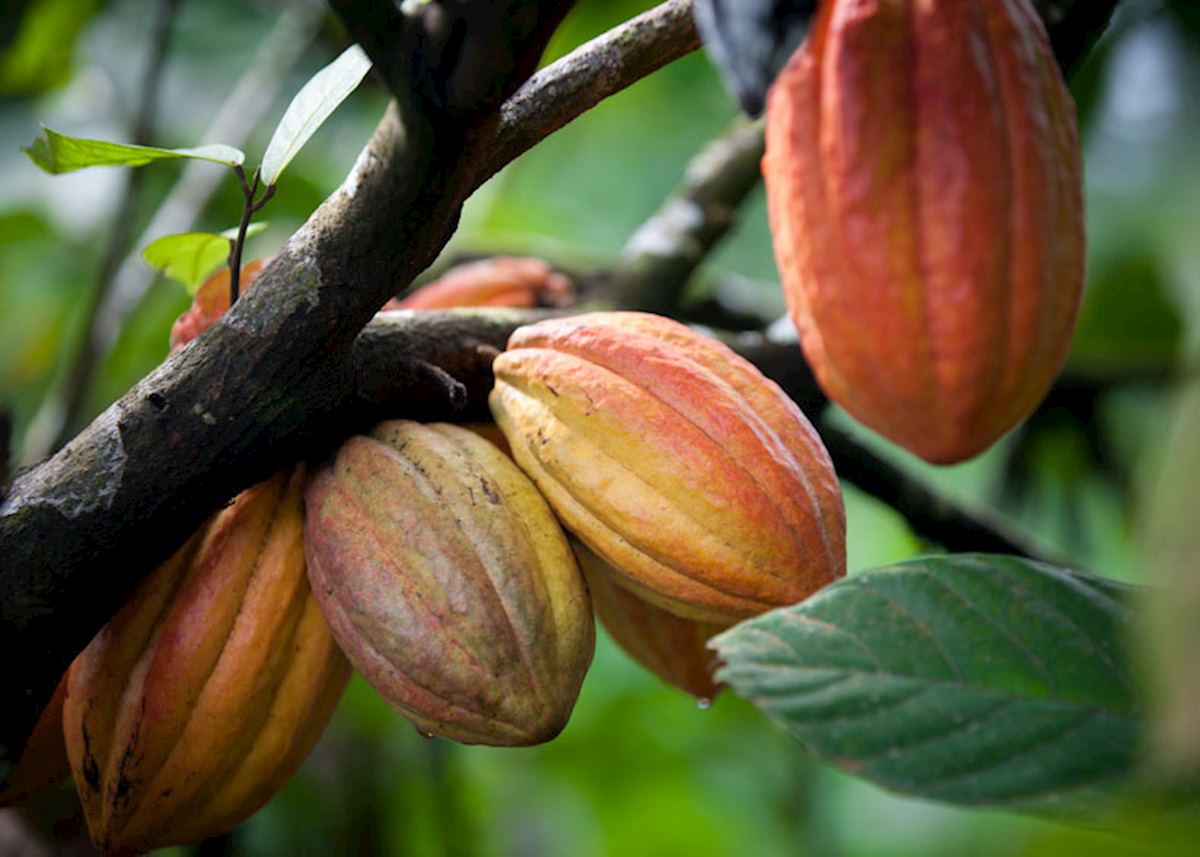 Pods on a cacao tree

On arrival in Cuzco, most people will need to spend a day or two slowly exploring the city in order to get accustomed to the altitude. It’s a great opportunity to visit the Museo del Chocolate. Peru may not be a country you’d associate with chocolate, but this South American nation has been cultivating cocoa for years.

At this quirky, light-hearted museum, you can sample the many types of cacao grown locally. You can even take part in a workshop that takes you through the chocolate-making process, starting with the raw material: cacao beans.

With guidance, I made my own chocolate from scratch, using extra ingredients such as coca leaves and flecks of gold leaf. It was the darkest, richest chocolate I’ve ever tasted.

A cookery course in Yunnan, China, by Sophie 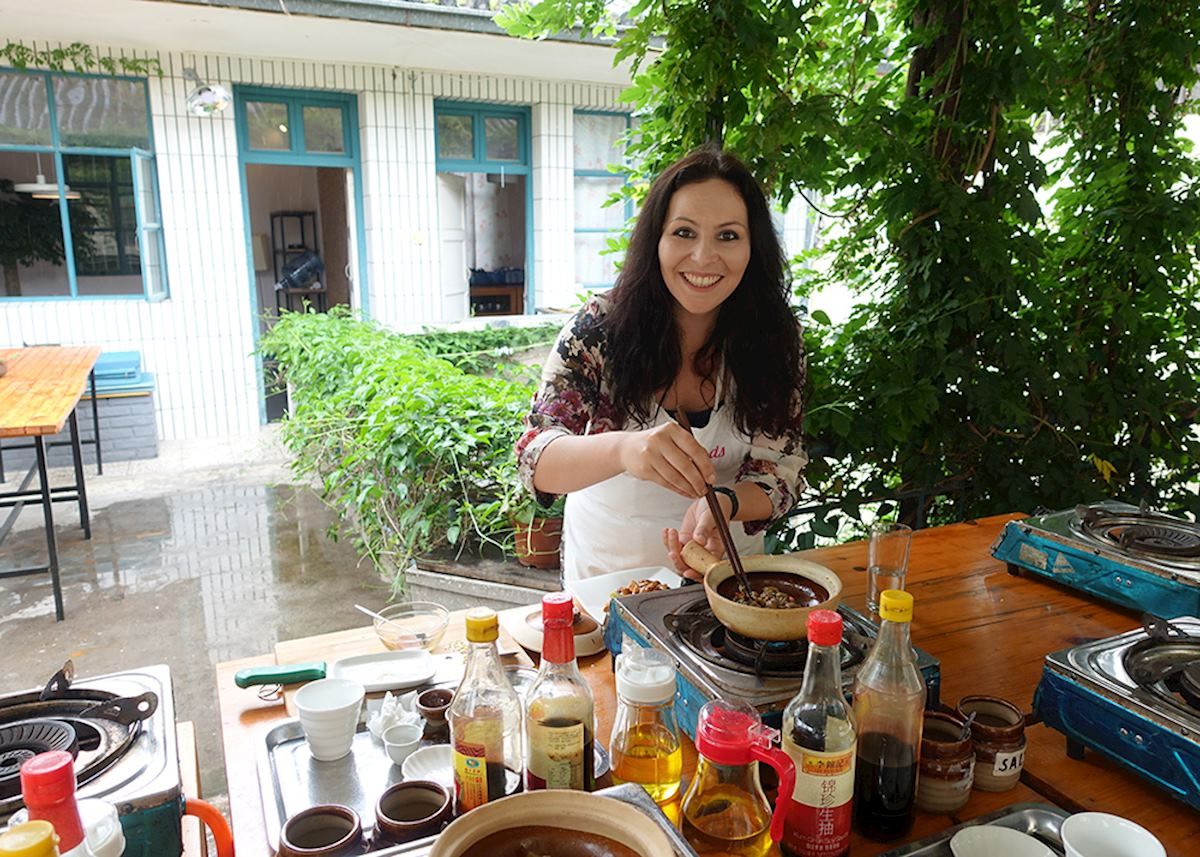 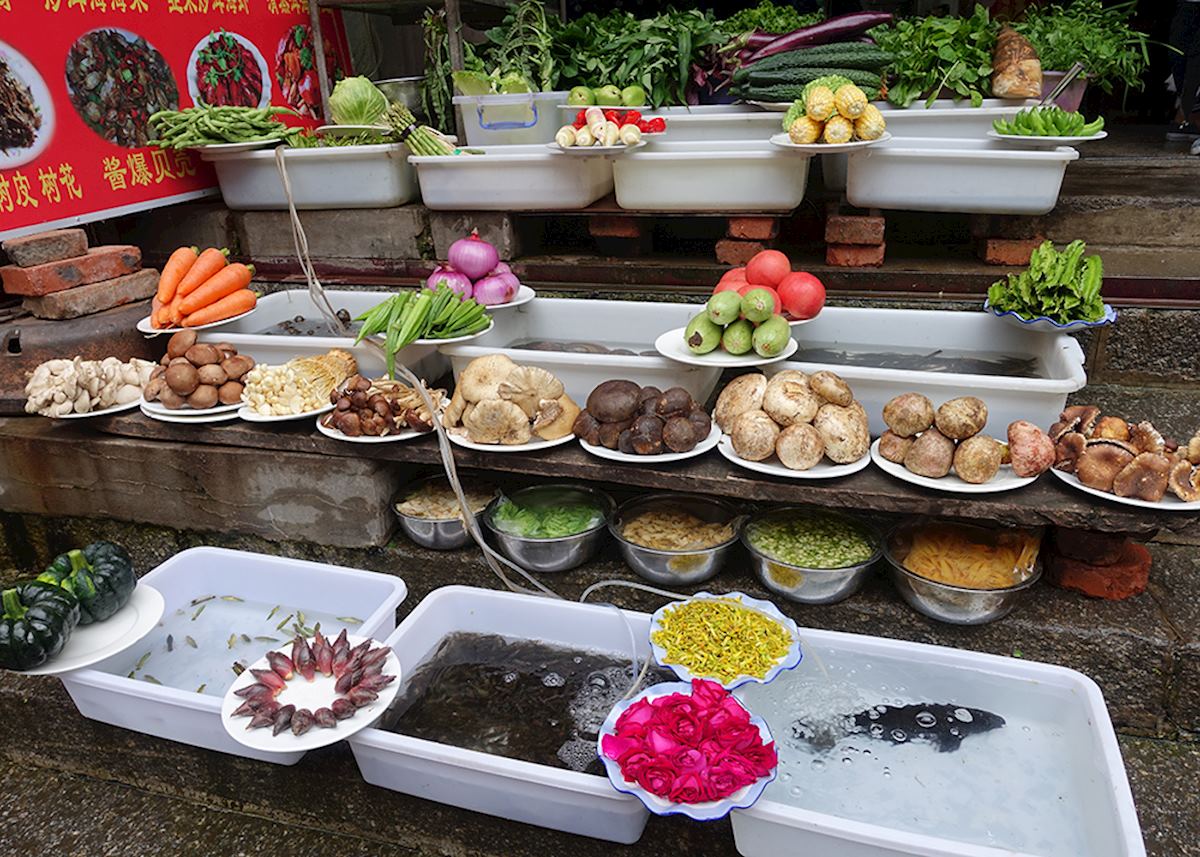 China’s huge size gives it an advantage when it comes to food. Each region has developed its distinct specialities, from Beijing’s Peking duck and spicy Sichuan hotpot, to the Burmese and Tibetan-influenced cuisine of Yunnan Province.

In Dali, a lakeside city in the province, I joined a cookery class run by local resident Luxi Yuan. After she’d talked us through the use of spices in Chinese cuisine, we made classic Chinese dishes such as spicy kung pao chicken and tofu. 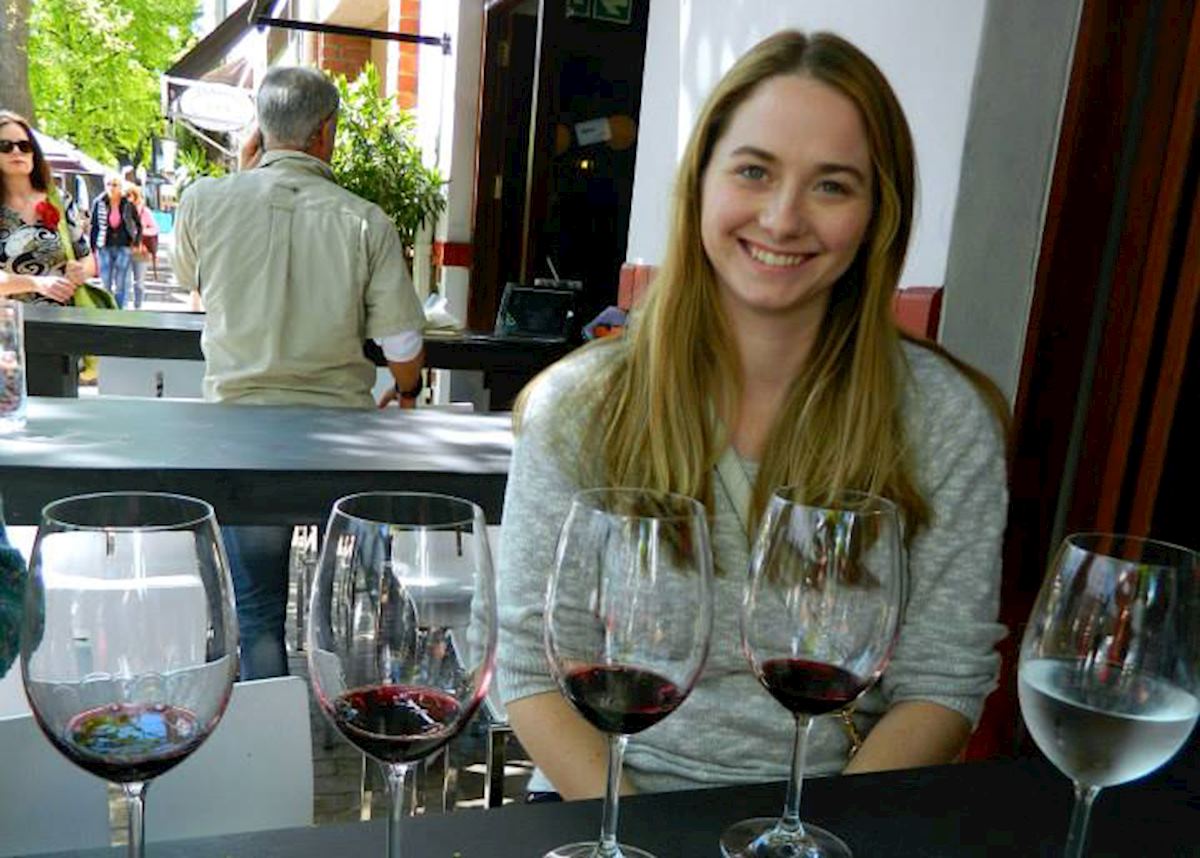 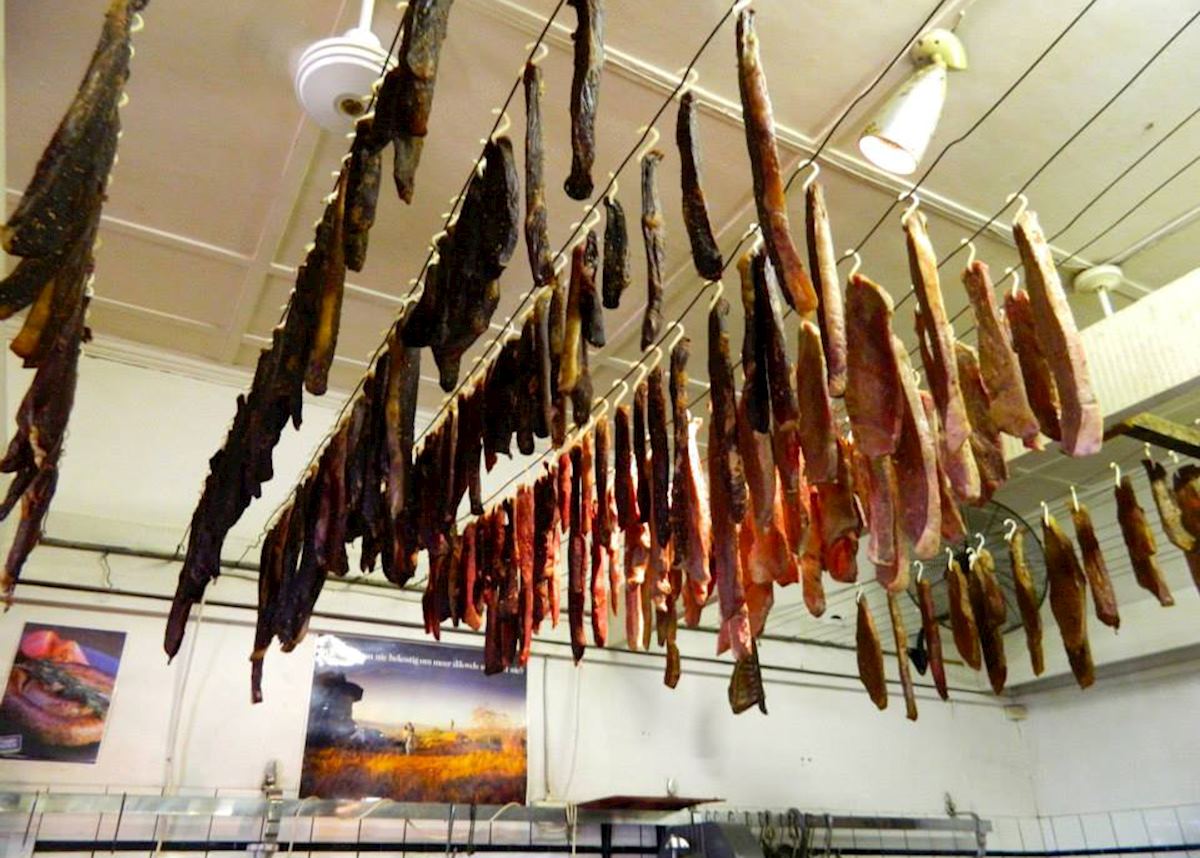 The oldest butchery in South Africa

During my time in South Africa’s Winelands, I tried some of the country’s finest produce on a food-themed walking tour of Stellenbosch (the second-oldest European settlement in the Western Cape).

We stopped at a local tea shop, where I tried varieties of rooibos tea. This berry-red beverage was introduced to colonial settlers by local people, who’d scale mountains in order to bring back rooibos leaves. Believed to help cure headaches, insomnia and asthma, the refreshing taste has led to it becoming my tea of choice. 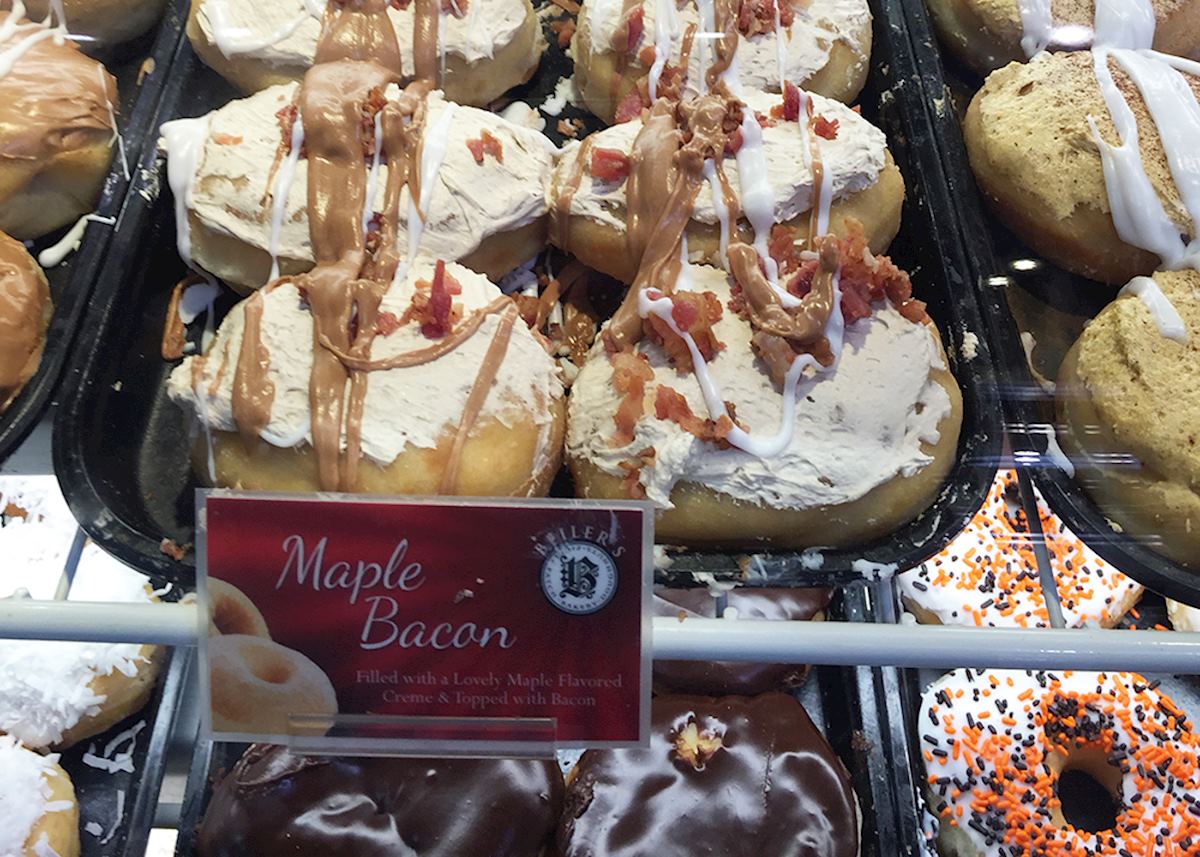 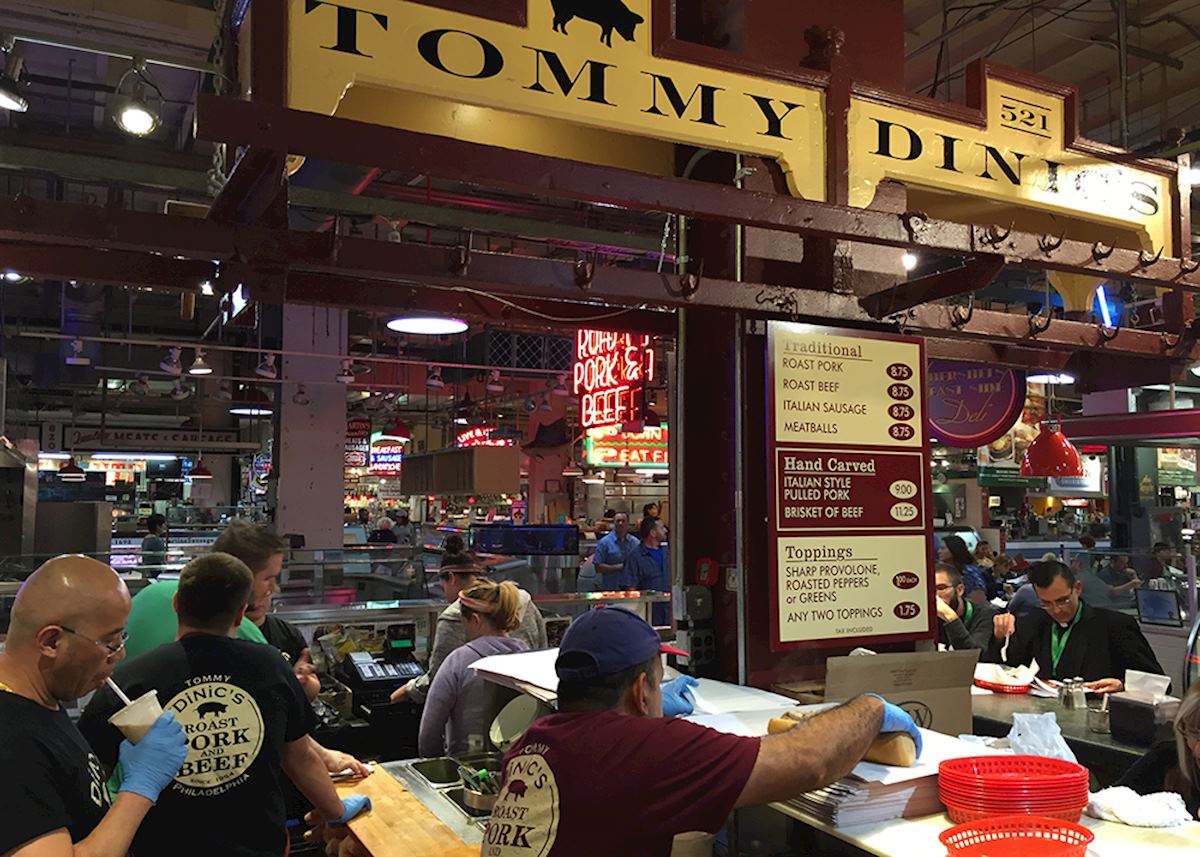 The Reading Terminal Market in central Philadelphia has been open for business since 1892 and is home to almost 100 food merchants selling local artisanal produce, freshly baked goods, multicultural delicacies and hand-made confections. Relatively unknown outside of the city, the stallholders are happy to talk to you about their particular specialities.

Browsing the many different stalls, smelling the food sizzling in front of me and sampling things I’d never tasted before, such as maple bacon doughnuts, the market soon exceeded my expectations. I was overwhelmed by the selection of food on offer, from classic Philly cheese steaks to Pennsylvanian-Dutch cinnamon buns and DiNic’s roast pork and broccoli rabe sandwich, dubbed the ‘best sandwich in America’.