Coffee around the world

For many, coffee bookends every day, starting with that first steaming cup when you shuffle into the kitchen and ending with a final demitasse that you sip slowly after dinner, lingering over good conversation and the few last crumbs of dessert.

The first day of October is officially International Coffee Day. To celebrate one of our most beloved drinks, we’ve rounded up coffee-related destinations and activities around the world. Visit a working coffee plantation in Thailand or Tanzania, sip white coffee in Malaysia, hike through Colombia’s coffee zone or discover Australia’s cafe culture.

When in Rome, drink coffee like the Romans do 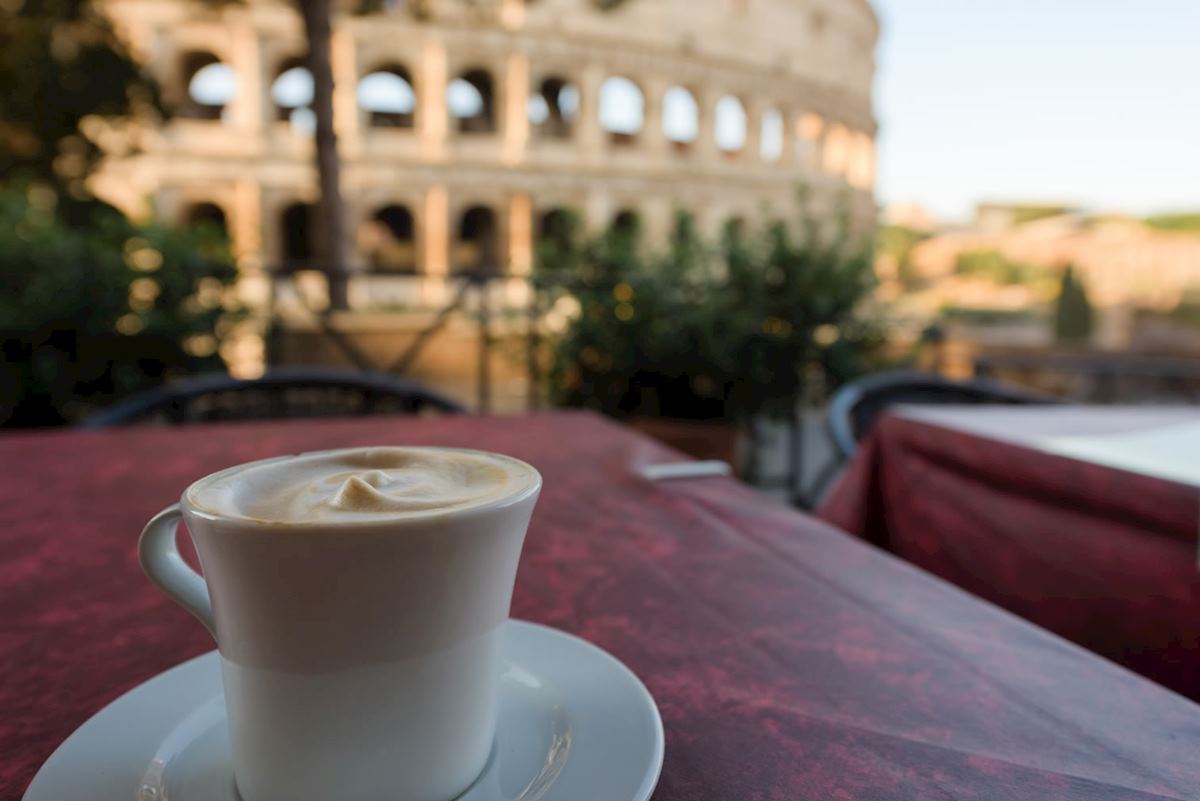 Italian entrepreneur Angelo Moriondo invented the espresso machine (or at least its forerunner) in 1884 and it left an indelible mark on Southern Italy’s drinking habits, particularly in Rome.

Usually consumed standing at a cafe, a typical Roman breakfast includes an espresso drink and a cornetti, Italy’s sweet version of a croissant. Order at the cash register and pay right away, then take your receipt to the bar (bancone) and wait patiently for a spot. Once you’ve secured a place at the bancone, put your receipt on the bar, greet the barista and repeat your order.

‘Un caffè, per favore’ will get you a half a shot glass of concentrated caffeine, served bracingly strong and at a manageable drinking temperature. It’s unsweetened, though, and quite bitter, so most people add sweetener. If you need even more caffeine, a double is a caffè doppio.

Once you’ve drunk your breakfast, move along briskly to let the next person have a spot. 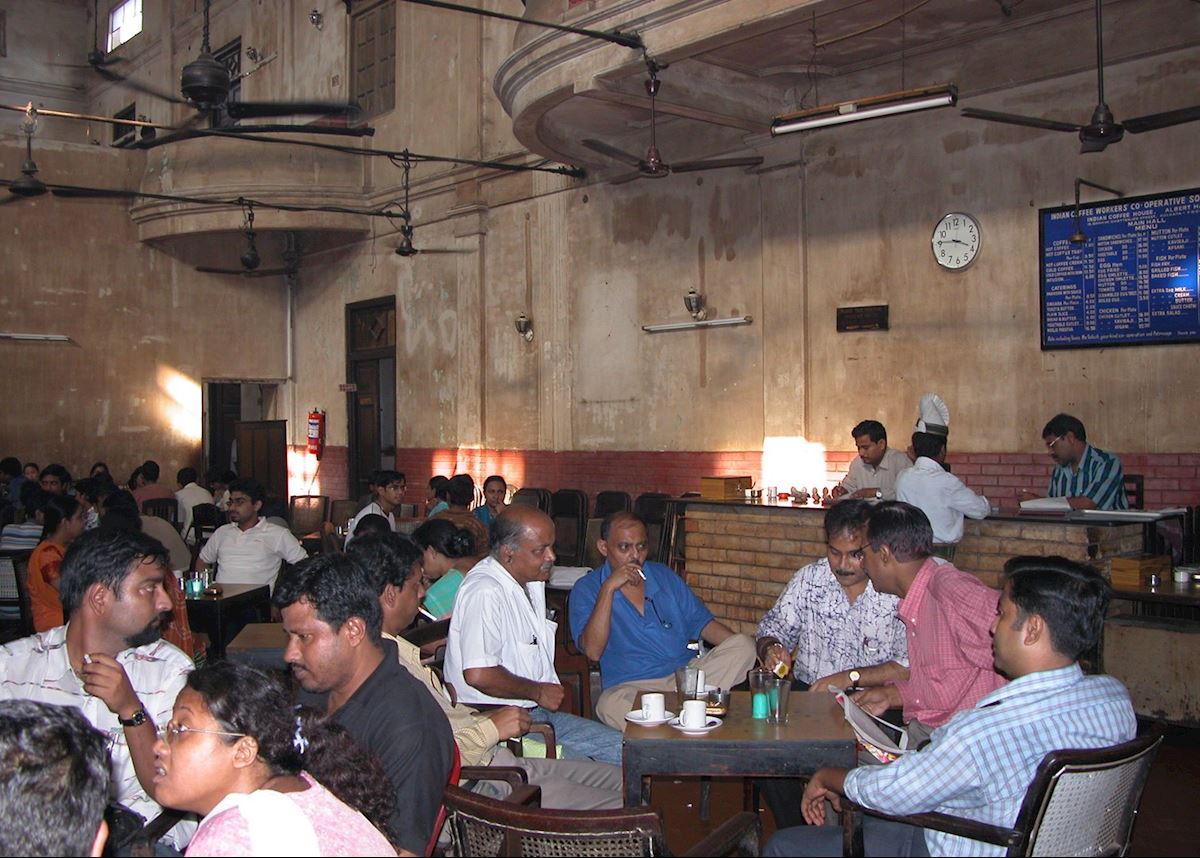 India may be known for its tea production, but coffee has been grown in the fertile southern states since beans were smuggled out of Arabia in the 17th century. During British rule, Indian coffee houses became gentlemen’s clubs for the colonial elite, but after independence, workers began to reclaim these spaces. The most prominent of these is the College Street Coffee House in Calcutta, where some of India’s noted intellectuals met to adda (debate).

You can take a guided walking tour of College Street, where students come from the surrounding education establishments (some of the finest colleges in Asia) to purchase tomes from the booksellers that line the streets. The largest boi para (book market) in India, here you’ll find rare book collectors, academic textbooks and speciality publishers. Finish in the coffee house’s lofty hall with a hot, sweet coffee that’s usually made with boiled milk and enjoyed with buttered toast.

If you add enough sugar to your brew to solicit disapproving looks, you might like Malaysia. Late 19th-century Hainanese immigrants arrived in the tin-mining town of Ipoh to find that, if they wanted to mingle with local residents or do business with Western traders, they’d need to join them for coffee. The popular drink was too bitter for the Chinese palate, so it was gradually modified to make the sweet, caramel-like Ipoh white coffee that is now the go-to brew across Malaysia.

A carefully chosen blend of beans are roasted in margarine, before being finely ground, brewed and served with sweetened condensed milk. The result is a glossy, sweet drink with a toasted caramel aroma. The residents of Ipoh are fiercely proud of their coffee and each morning you’ll find the town’s kopitiams (coffee houses) busy. A traditional breakfast is coffee with buttered toast and so-called half-cooked eggs, though you might find that these runny, gelatinous eggs served with a dash of soy sauce may better be described as hardly cooked. An alternative is toast with kaya, a coconut-milk jam which has the consistency of thick peanut butter. 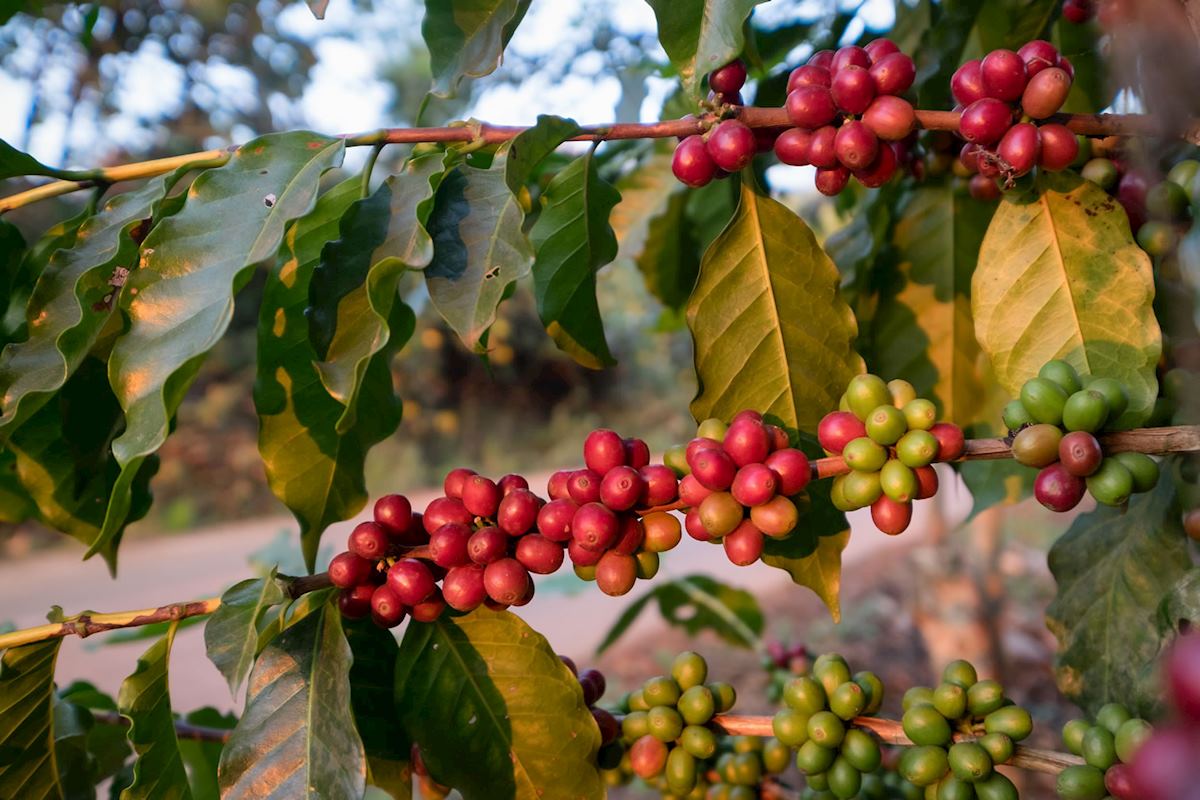 Thailand’s rich soil, heavy rainfall and warm climate have helped it become the third largest coffee-producing country in the world. This may not seem surprising, but it hasn’t held this mantle long. The Akha and Lisu hill tribes around the northern town of Chiang Rai grew domestic amounts of the plant, but their main crop has long been the far more profitable opium poppy. In 1976, King Rama IX determined to halt his country’s dependency on narcotics sales, funded a series of initiatives to replace the crop with tea, coffee, fruit and vegetables.

From Chiang Rai, you can take a guided tour around the village of Doi Chang, which has become renowned for its organic, Fair Trade Certified coffee. Started by elders of the Akha hill tribe, Doi Chaang Coffee Farm (that’s not a typo, they trademarked Chaang to differentiate themselves from other farms in the region) now has 300 coffee houses across Thailand.

Visit the farm and you’ll be shown how the coffee cherries are picked, the beans graded and the plants themselves nurtured — and served a fresh brew. Your guide will also accompany you on a walk through the Akha and Lisu hill tribe communities who live in Doi Chang. Some of the elder women still wear traditional hand-spun clothing which hangs heavy with embroidery, beading and silver coins. 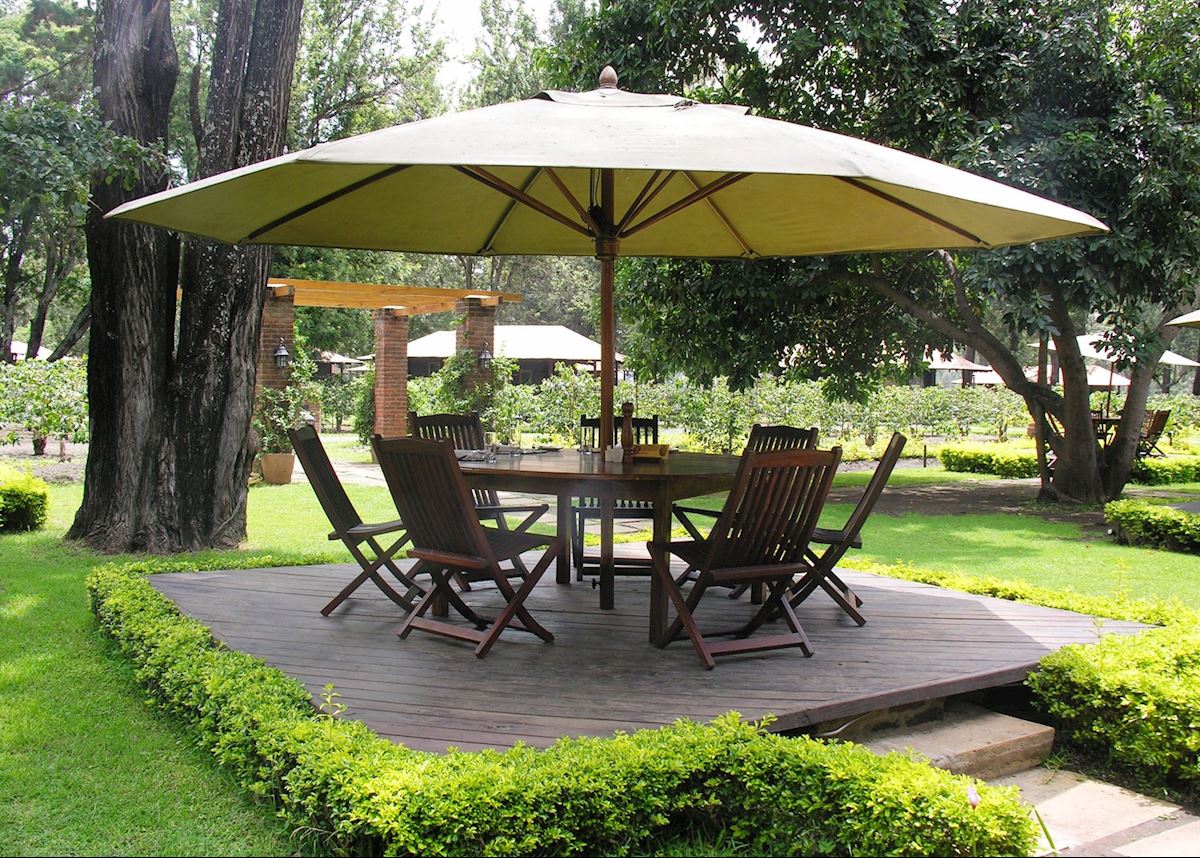 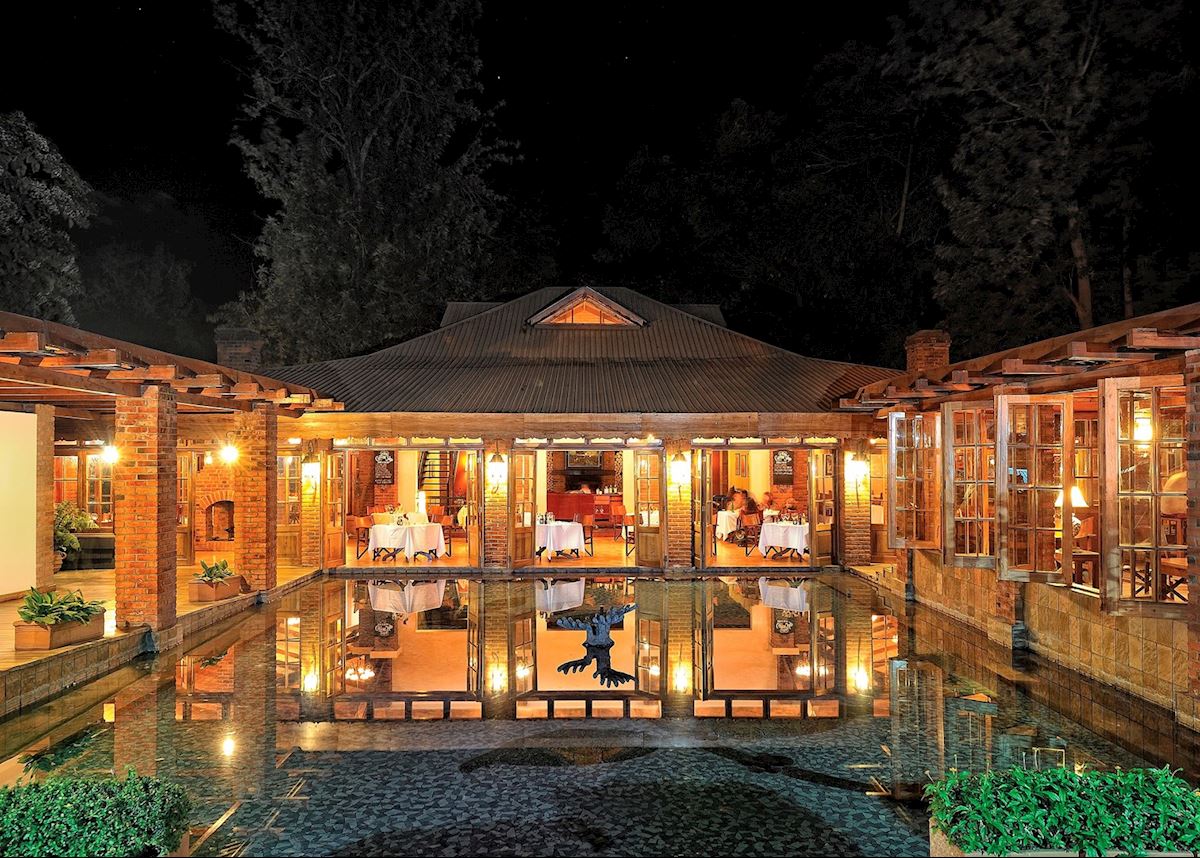 Before or after a safari in northern Tanzania, you’re likely to pass through Arusha, a 45-minute drive from Kilimanjaro Airport. Around the city, the gently sloping foothills of Mount Meru are carpeted in coffee plantations, the beans gradually ripening under the African sun.

Set within one of the country’s largest plantations is Elewana Arusha Coffee Lodge. Here, you’ll be greeted with a refreshing glass of Arabica iced coffee produced on site. And, the theme of coffee stays with you throughout your stay — the guest rooms dotted around the grounds have coffee-themed decor, and even the toiletries in your en suite bathroom are coffee-scented.

We recommend joining the lodge’s one-hour Bean to Cup tour. For the first half-hour you’re led through the plantation itself, weaving between the neat rows of green bushes and visiting the nurseries where the whole cycle begins. Your guide points out coffee ‘cherries’ at different stages of the ripening process, explaining that once they turn from green to red, they’re ready to be picked, which is done by hand here.

Next, you’ll engage in the roasting process to observe dried beans being roasted, ground and added to hot water in front of you. It creates a dark, silky drink whose rich aroma fills the room. Then, you get to taste it.

Stay on a sustainable coffee plantation in Costa Rica 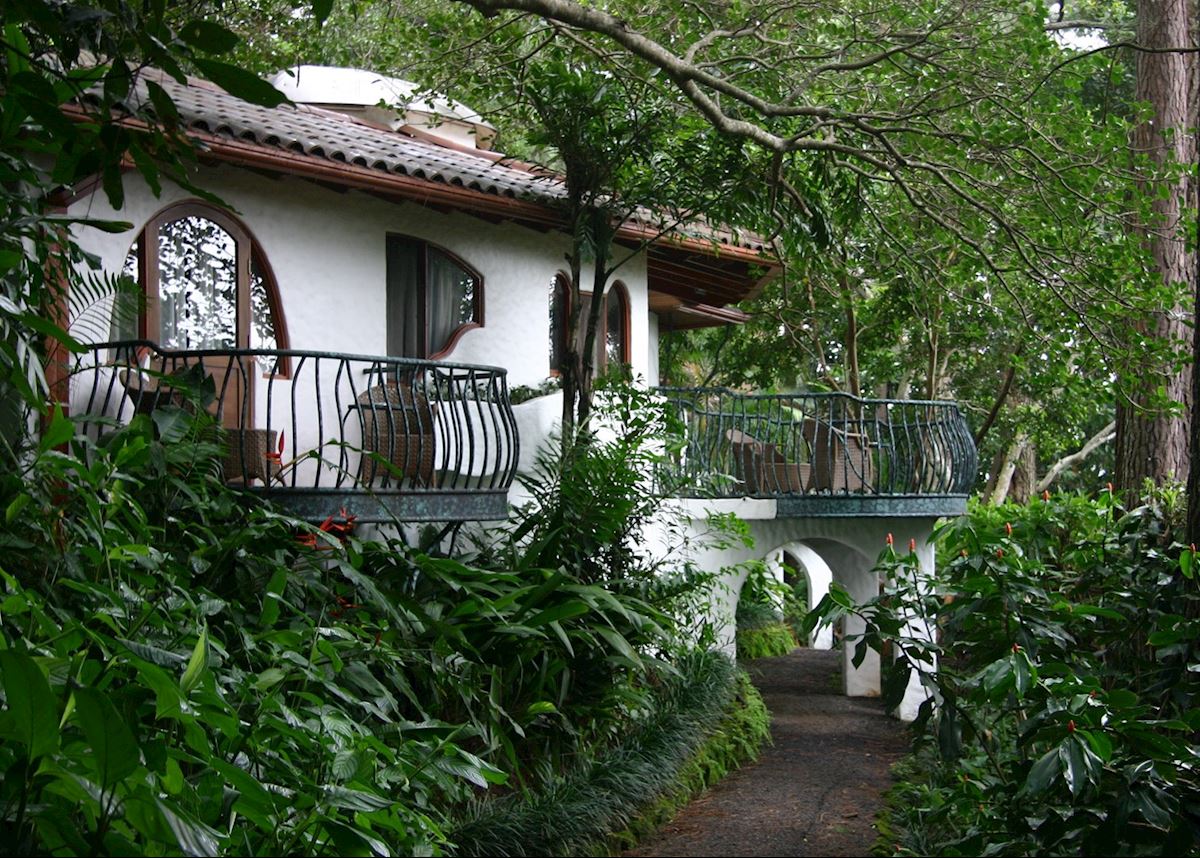 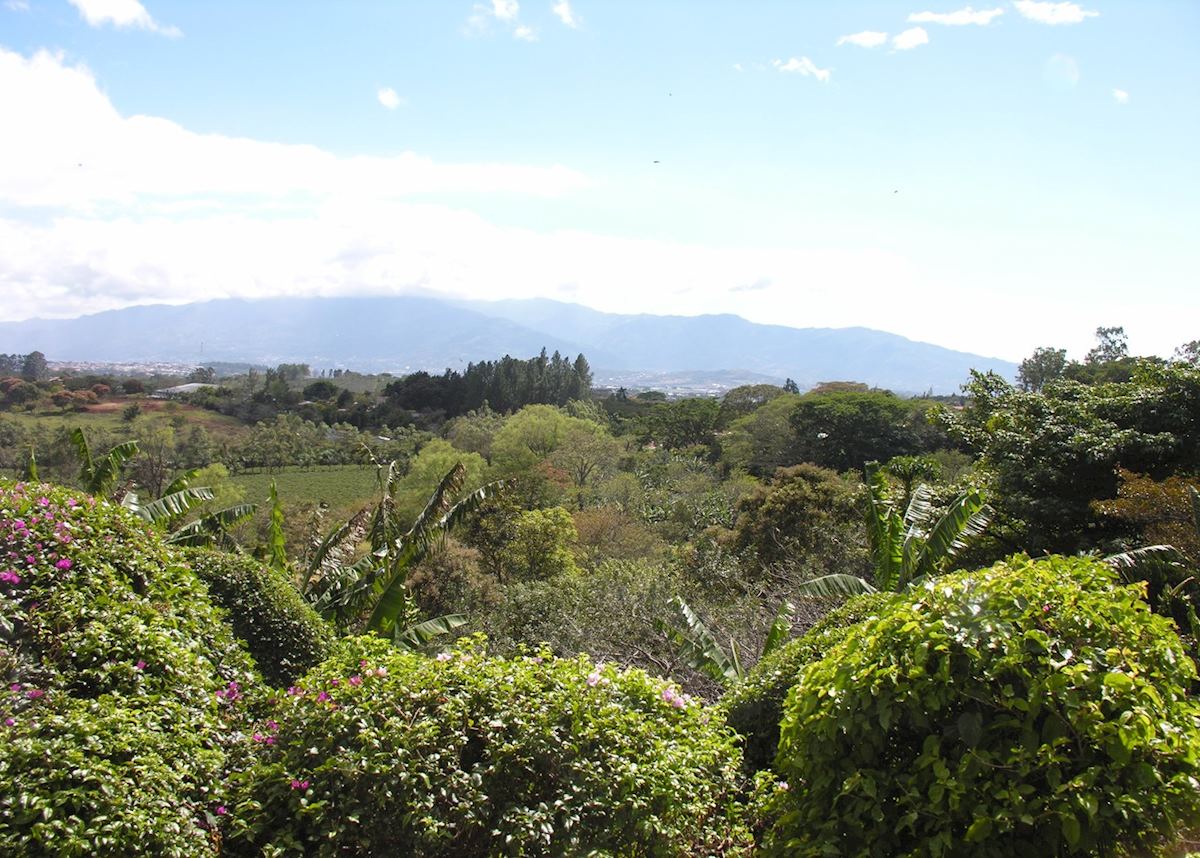 An elegant whitewashed property snuggled in the cloudforest of Costa Rica’s central mountain range, Finca Rosa Blanca is one good-looking place. Its gardens are frothy with tropical foliage and busy magenta bougainvillea, and it has a spring-fed swimming pool tucked among the trees. You can easily spend a couple of days unwinding here at the end of a busy trip, but it’s an especially satisfying stay for coffee aficionados.

The property sits on its own working coffee farm, and you can take a tour of the organic coffee fields and facilities. Guides will talk you through you the harvesting process, and you can even have a go at roasting your own beans before taking part in a coffee cupping (tasting) session with the finca’s barista.

The whole property is a temple to coffee: you’ll find murals depicting coffee farming decorating the common areas and (unusually for Costa Rica) a cafetière in your room. The restaurant serves many different types of coffee, and in our experience it’s some of the best in country. There’s sometimes a tendency in Costa Rica for coffee to come over-roasted, but the stuff we’ve drank here is a much nicer blend, and very smooth. 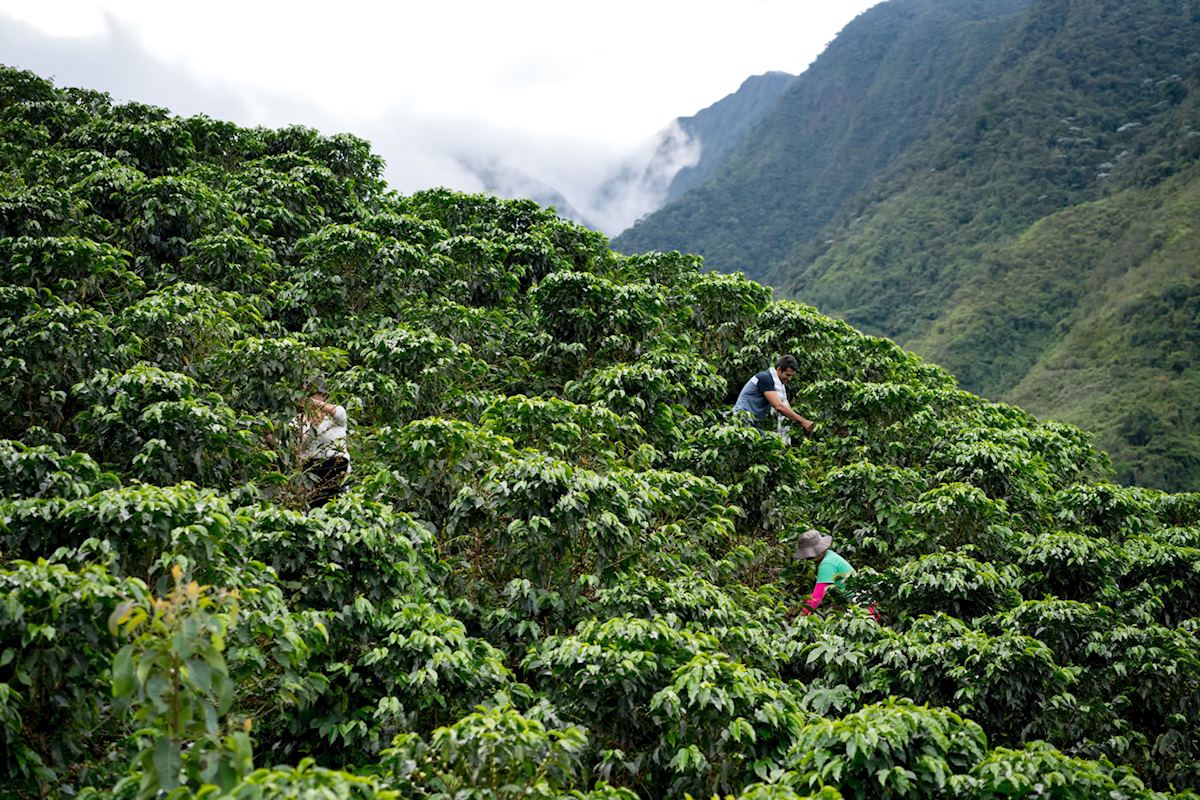 First, there’s the chance to taste the brew itself. We recommend heading to San Alberto, a family-owned coffee farm overlooking thickly forested valleys. Guides will take you on a holistic ‘coffee baptism,’ leading you on a short walk along neat rows of arabica plants before ducking inside a lab room and deconstructing their coffee’s various aromas for you with the aid of the official Coffee Taster’s Flavor Wheel. You’ll end your tour with a cup of coffee on the farm’s outdoor terrace cafe.

Then, you can visit some of the coffee zone towns (such as Salento and Filandia). Amble around with a guide and admire the rainbow façades of their buildings (and learn the story behind them). You can stop for a coffee in one of the town’s trendy upstart coffee bars, or a more workaday cafe in a square. You’ll see how coffee drinking in Colombia is refreshingly informal, a simple everyday ritual, and menus are short. 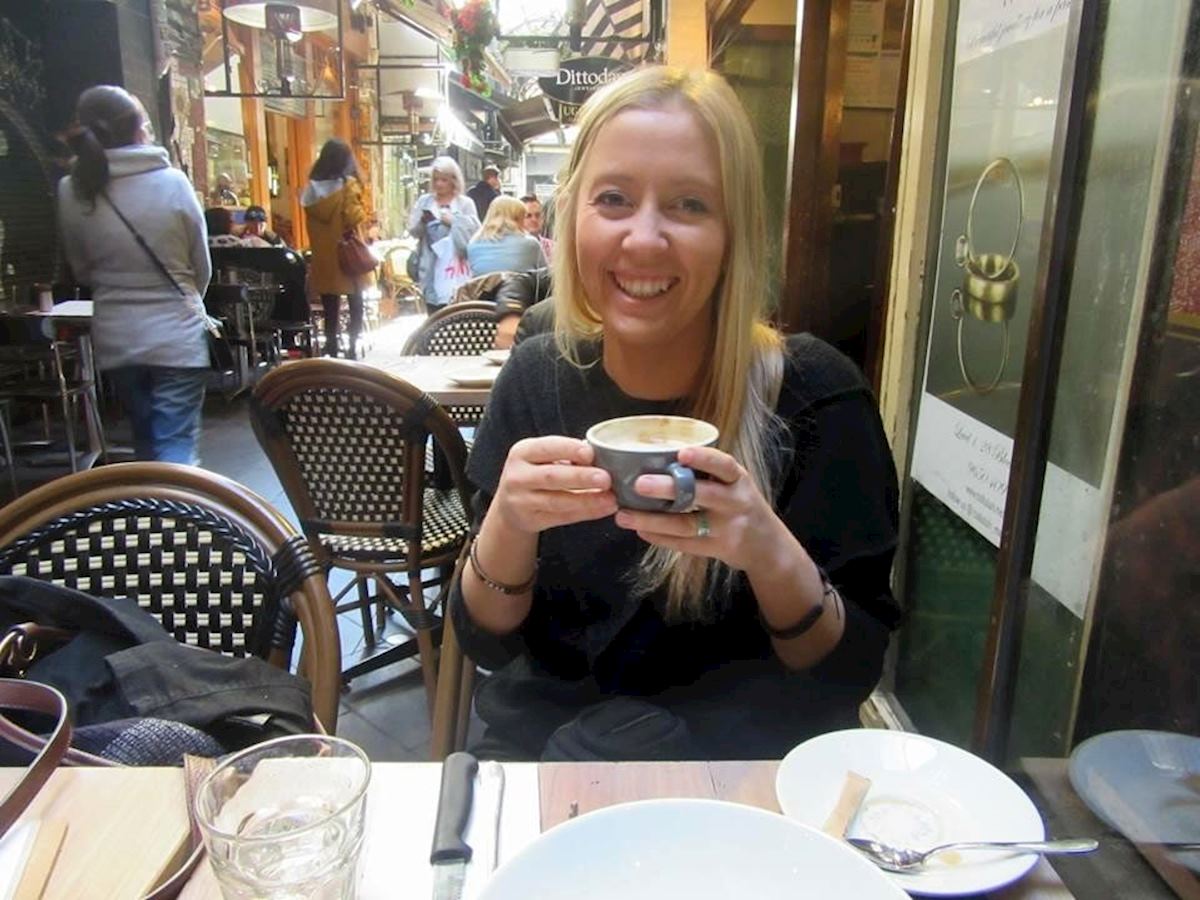 What’s yours — a skinny magic? Or how about a piccolo latte? Or a rainbow coffee? In Melbourne, coffee is religion, and over the years it has given the world a litany of new concoctions. Espresso machines were first introduced to the city in 1930, and its coffee scene soon took on a life of its own, boosted by migrants in the 60s for whom coffee bars were key meeting places. The momentum continues, especially in Melbourne’s laneways.

A grid of alleyways once used as dumping grounds between buildings, the laneways brim with personality. Splashed with murals which can change weekly, they’re lined with independent boutiques, standing-room-only bars, restaurants and hole-in-the-wall food vendors. And, of course, coffee shops, many with tiny entrances which then open out into airier spaces. One of the best is DeGraves Street, with its Parisian-esque alfresco tables shaded by parasols.

Go with a private guide, who lives locally, and who’ll take you on a behind-the-scenes tour of different coffee joints. You might see coffee being roasted and receive a hands-on impromptu lesson from a barista. Your guides will encourage you to try a different caffeinated creation at each stop. Impossible to predict exactly what, though, and that’s the beauty of Melbourne: you’re never sure what it’ll come up with next.