Renowned as one of the most stylish cities in the world, Milan is a shopper’s paradise. The city has been a fashion powerhouse since the Middle Ages, although the modern-day fashion industry only truly took off here in the late 19th century. Originally taking influence from the ‘haute couture’ of Paris, Milan gradually moved away from this and instead focused on the 'prêt-à-porter' style.

This attracted designers who wished to offer a variety of options, from affordable high street fashion right up to beautiful exclusive garments made of luxurious fabrics. This has developed continuously through the 20th century, with Prada founding their leather good shop in Milan in 1913, followed by Armani in 1975, Versace in 1978 and Dolce and Gabbana in 1985. By the new millennium, Milan had firmly planted itself on the global fashion scene and is now known as one of the ‘Big Four’ fashion cities alongside New York, London and Paris. If you've come to Italy to shop, you're certainly in the right place.

Whether you're looking to frequent the major fashion emporiums of Gucci, Armani, Prada et al or search for up-and-coming new designers among the city’s trendy boutiques, we can offer a professional and informative personal shopper to lend some expert assistance. Having previously worked within the Milan fashion scene, our personal shopper knows the streets of Milan like the back of their hand and will be able to escort you to the best shops and boutiques, no matter if you're looking for clothing, art or antiques.

They can take you to intimate workshops where you’ll find the finest leather work, or help you to track down a particular designer piece you’ve been searching for. The whole experience is tailored around your preferences so you can make the most of your time in this wonderful city.

Other experiences in Milan 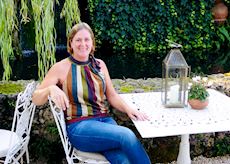