Designated a UNESCO World Heritage Site in 1987, the forests and salt flats are nourished annually by the monsoon that washes nutrients from the distant Himalaya. Aside from tigers this fragile environment supports an astonishing variety of other fauna including estuarine crocodiles who feed on the multitude of fish, spotted deer and an array of birdlife. More than 220 species have been spotted with the colourful kingfishers perhaps the most obvious indication of the region's rich ecology. 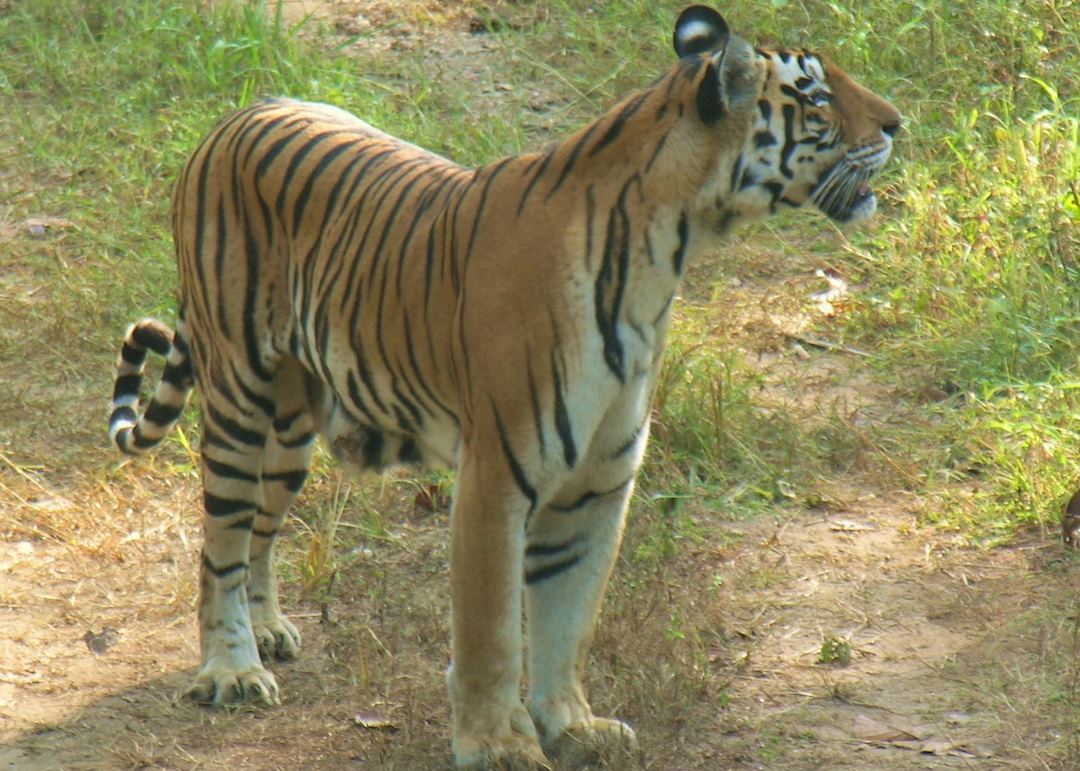