No one quite knows how many temples once graced Bhubaneswar’s streets, but a conservative estimate is over 1,000. While the modern city wasn’t established until 1948, this patch of India’s east coastal plains has been a confluence of Hindu, Buddhist and Jain worship since the 1st century BC.

If the city was in Rajasthan or Kerala it would be a must-see attraction — Mark Twain named it one of the wonders of the world. Instead, Bhubaneswar quietly plods along as the capital of the northeastern Orissa state, a little-visited coastal region with an architectural legacy to rival some of India’s major fortress cities.

The original temple-strewn settlement here (its name now lost) grew to become capital of the Kalinga Empire, a prominent east Indian kingdom. After the empire fell in the 3rd century, the dynasties that followed continued to build temples, shrines and monuments.

The modern name Bhubaneswar references Lord Shiva (in Odia, Orissa’s official language) to whom many of the city’s temples are dedicated. Out of the estimated 1,000 temples that originally lined the streets, around 50 still stand — they’re considered some of the finest examples of Indian temple architecture thanks to their finely-detailed stone carvings. 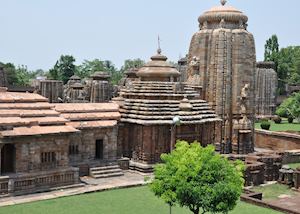 Most of the temples are set around Bindu Sarovar, a sacred lake believed to contain water from every holy river, pool and water tank in India. A walk around its shores is a good place to start exploring the city, but you’re best in the company of a guide who can focus your attention to some of the most notable temples.

The best-preserved temple is Parasurameswara, a 7th-century shrine dedicated to Shiva. The carvings are so detailed that you can still see the fingernails and anklet beads of the deities that dance around its sanctum.

Mukteswara temple is typical of the Kalinga Empire, with a pinecone-like spire affronted by a pyramid-shaped prayer hall. You might see families looking at the stone carvings together here — many depict the tales of Panchatantra, a series of 3rd-century fables that have become popular children’s stories.

For a deeper insight into Bhubaneswar’s history, the Odisha State Museum has a collection of rare manuscripts, paintings, musical instruments and sculptures. This pairs well with a visit to the Museum of Tribal Art and Artefacts, which brings to light the 62 tribes that live in Orissa’s rural regions, who you might share a roadside cup of chai with as you travel through the region.

A short flight south of Calcutta, Bhubaneswar is the gateway for exploring the wider region. Around 8 km (5 miles) west of the city, two hills rise abruptly from the plains. Around the same time Hadrian’s Wall was being completed in the UK, a number of finely detailed cave temples were being carved into these twin peaks.

Many of the caves were carved out as quarters for the Jain monks who lived here, with multiple storeys and windows. You can step into most of the caves, and stroll along the colonnaded corridors which join them together, passing detailed reliefs and statues. 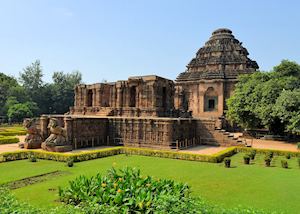 The grandest of Orissa’s temples is Konark Sun Temple. The UNESCO World Heritage Site is 66 km (41 miles) from Bhubaneswar and best visited en route to the nearby town of Puri, on the east coast.

Set on a tree-lined lawn, the temple represents a chariot of the sun god, complete with 24 carved wheels. Every visible surface is sculpted, telling a complex narrative of the religious, political and social life of the people who lived in 13th-century Orissa.

The craftsmanship of the temple is so impressive — the usually reserved UNESCO board called it ‘a masterpiece of creative genius’ — that stories of its master builder, Bisu Moharana have gone down in local legend.

Compared to other architectural highlights of India, Konark might not be the most visually arresting at first, particularly as it’s often partially covered in scaffolding as part of continuous restoration efforts. The eye of a good guide is essential to help translate the importance behind the carvings.

The city is at its best from November to March when it's comfortably warm and dry. From April the temperatures soar, and it can be quite humid, while seasonal rains hit from July to October. 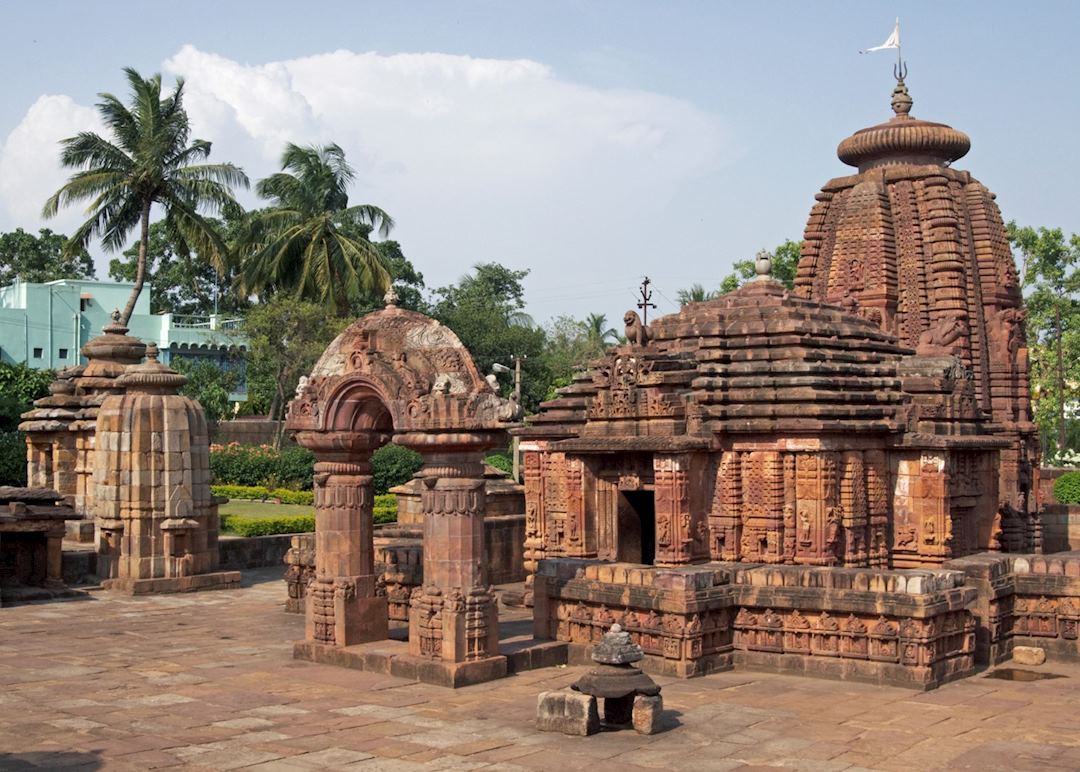 Start planning your trip to Bhubaneswar