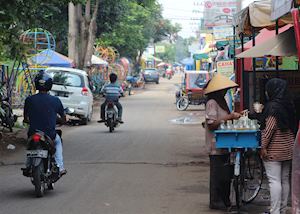 The city of Medan is the third largest city in Indonesia and is the capital of the most westerly island of Sumatra. It is a city usually only passed through for people on the way to either Lake Toba, a volcanic crater lake; or Gunung Leuser National Park, a vast expanse of primary rainforest home to a variety of flora and fauna — most famously orangutan.

The city does have several impressive buildings including the Maimoon Palace and some interesting museums depicting the troublesome history between the Aceh and Deli people.

Our itineraries will give you suggestions for what is possible when you travel in Medan, and they showcase routes we know work particularly well. Treat them as inspiration, because your trip will be created uniquely by one of our specialists.