We are currently undergoing a review of our content on these pages relating to the Occupied Palestinian Territories to update information to reflect UK government advice.

The West Bank city of Jericho was first settled 11,000 years ago. Drawn by the presence of numerous natural springs in the area, successive generations of small-scale farmers contributed to the modern-day claim that Jericho is the oldest continuously inhabited city in the world. Referred to as the ‘city of the palms’ in the Bible, Jericho is laden with history, its very walls witness to successive waves of invasion and domination, its ruins a testament to a complex backstory. Along with archaeological and biblical sites, Jericho offers sweeping views and a timeless feel.

Located northeast of Jerusalem, Jericho is quieter and less visited. It can be visited on a day trip from Jerusalem and provides a contrast to the latter’s bustling streets. The route between the two is the setting for the parable of the Good Samaritan.

The oldest remains in the city date back to the Stone Age and are located at Tell es-Sultan (Sultan’s Hill). The mounds here were built up over time and excavations have revealed layer after layer of evidence of human habitation, the oldest and deepest remains dating back some 10,000 years. The site has only been partially excavated but major finds include the remains of a round tower thought to date from 8,000 BC.

According to the Bible, the Mount of Temptation is the spot where Jesus resisted Satan after his 40-day fast in the desert. Cut into its cliff face is the Monastery of the Qurantul, a popular Christian pilgrimage site occupying a dramatic position overlooking the Jordan Valley and the Dead Sea. This Greek Orthodox monastery is accessed by cable car followed by a ten-minute uphill walk, but its panoramic views make it worth the effort. Although most of the complex dates from the Ottoman era, the earliest sections of the monastery date from the 6th century, while the Crusaders built two churches here in the 11th century.

Sitting just north of Tell es-Sultan, Hisham’s Palace is the 8th-century residence of Caliph Hisham Ibn Abd al-Malik. Known for its elaborate decoration, baths, halls and intricate mosaics, it was destroyed by an earthquake soon after it was built, however the site is still interesting to explore.

Jericho can be visited year round but the best time to come is in April or May or between September and November as you’ll avoid the hot and humid summer months and peak visitor numbers. On a summer visit, it’s best to arrive early or late to avoid the midday heat and large tour groups. 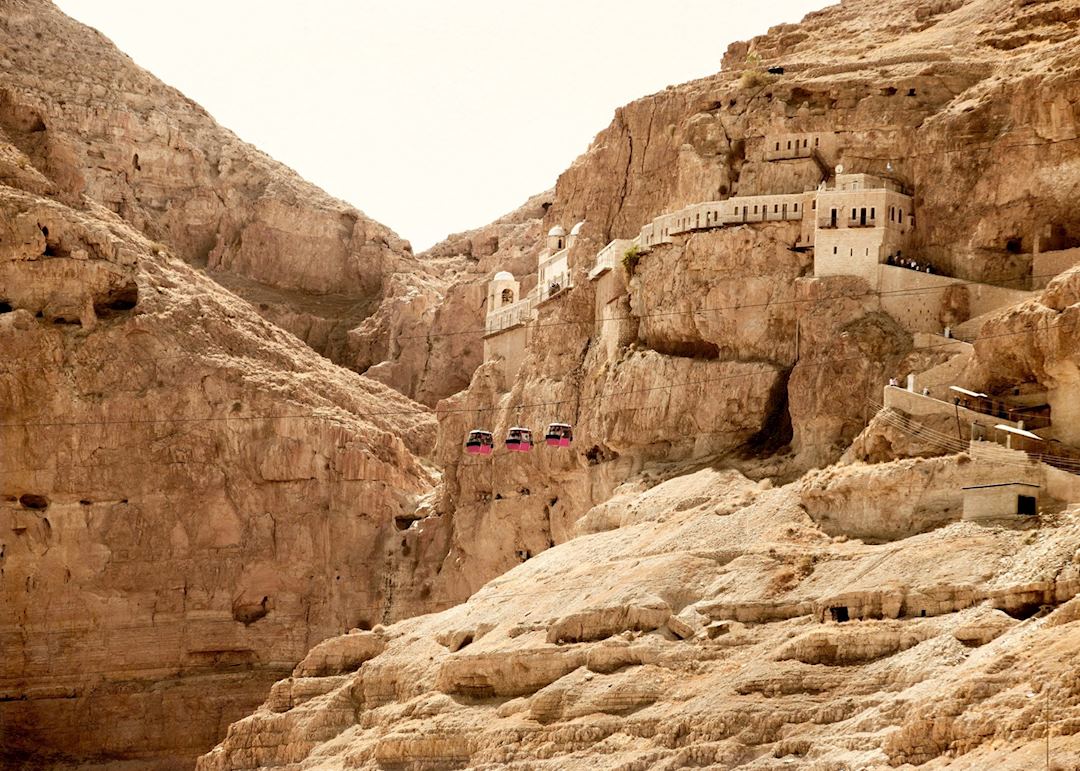 Start planning your trip to Jericho