The roots of Tunis are said to date back as far as the second millennium BC, although the town was destroyed along with Carthage by the Romans in 146BC.

It was eventually rebuilt, but only rose to prominence with the arrival of the Muslims in the seventh century, at which time its medina was built.

Standing as a relatively opulent city in the Middle East for centuries, boosted by its Mediterranean location, Tunis sat in the hands of many rulers, and was exposed to some diverse influences.

Various Muslim dynasties governed Tunis, and it became a part of the Ottoman Empire in the sixteenth century.

In 1881, control was then assumed by the French, the effects of whose colonial rule can be seen in some of the architecture, particularly around Avenue Habib Bourguiba, where the theatre and the Embassy buildings are a reminder of the times before Tunisian independence.

Modern day Tunis embraces a clutch of styles, and its people reflect this in equal measure.

On the main boulevard sit numerous cafés with outdoor seating from which locals often while away time watching the world pass, while just half a mile from this Parisian part of the city one encounters the Medina of Tunis, wherein many live their lives similar to the ways their ancestors might have done over a thousand years before.

Our itineraries will give you suggestions for what is possible when you travel in Tunis, and they showcase routes we know work particularly well. Treat them as inspiration, because your trip will be created uniquely by one of our specialists. 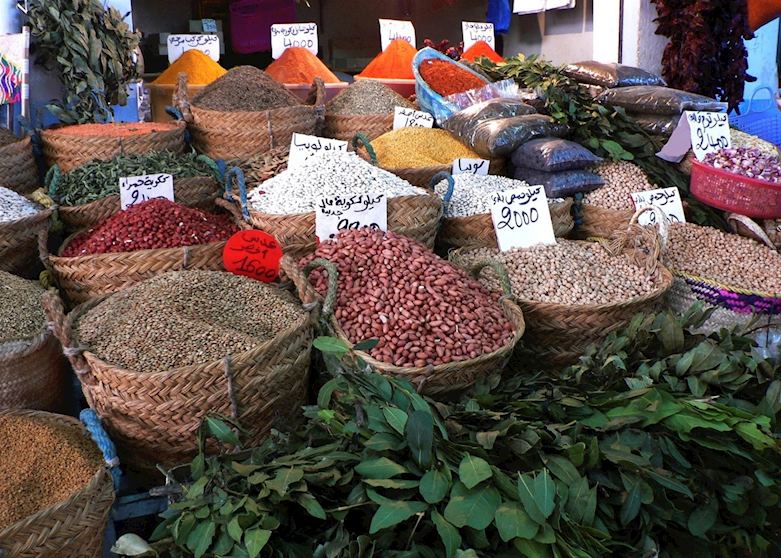 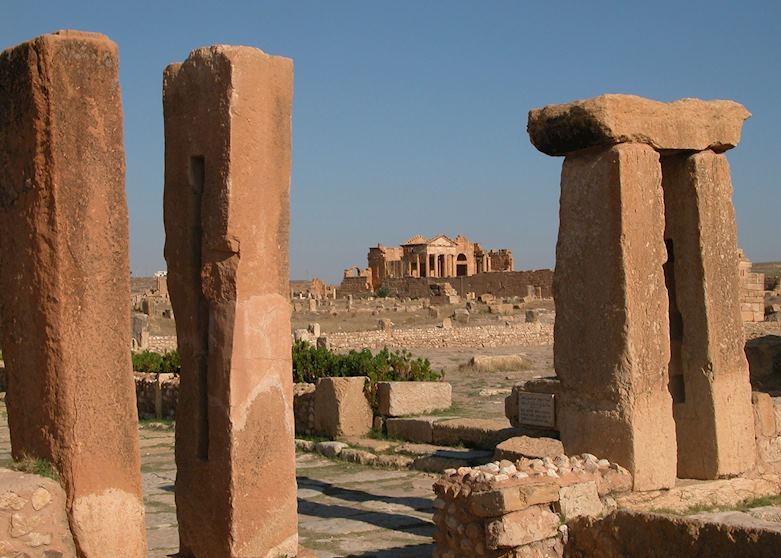 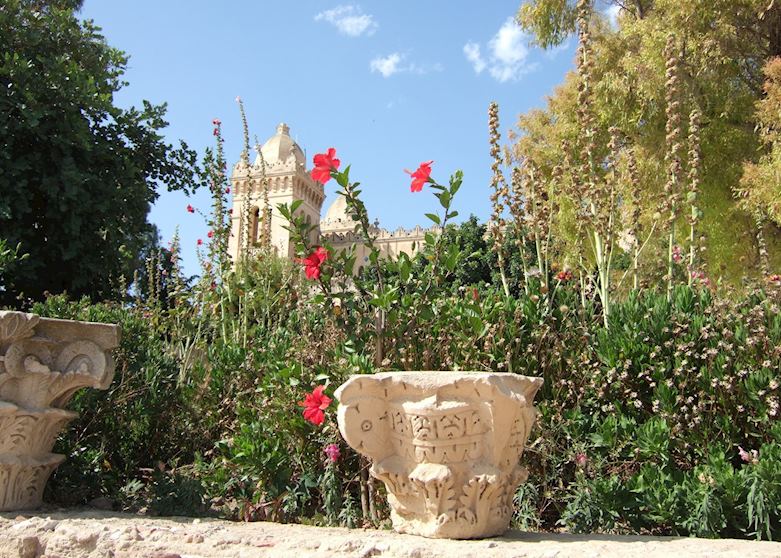 We’ve selected a range of accommodation options for when you visit Tunis. Our choices usually come recommended for their character, facilities and service or location. Our specialists always aim to suggest properties that match your preferences. 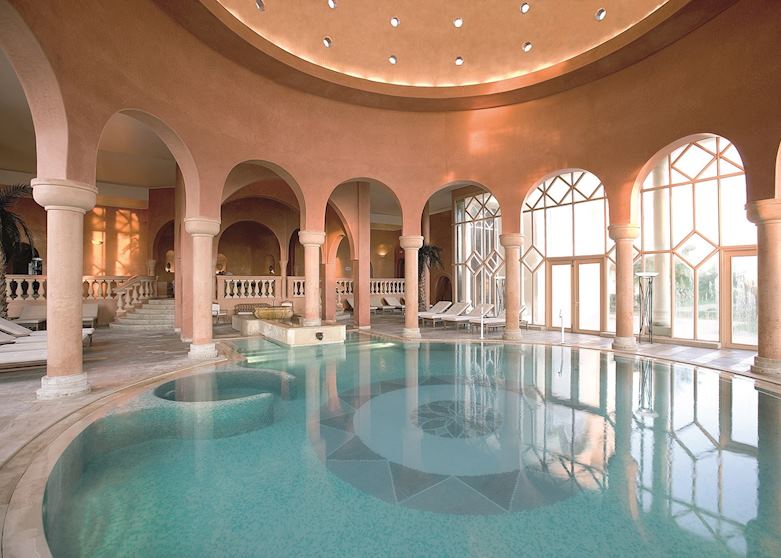 Located just outside Tunis, The Residence hotel offers luxury accommodation and a perfect base for exploring the north of the country. 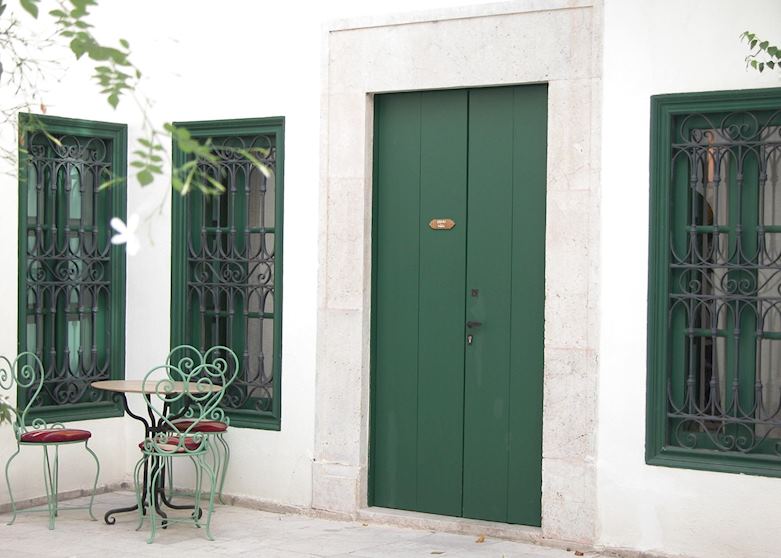 The Dar El Medina is situated at the heart of the old city of Tunis. Refurbished from an old family home, it offers simple but comfortable accommodation.

Our specialists seek out authentic ways to get to know the places that could feature in your trip. These activities reflect some of the experiences they've most enjoyed while visiting Tunis, and which use the best local guides. 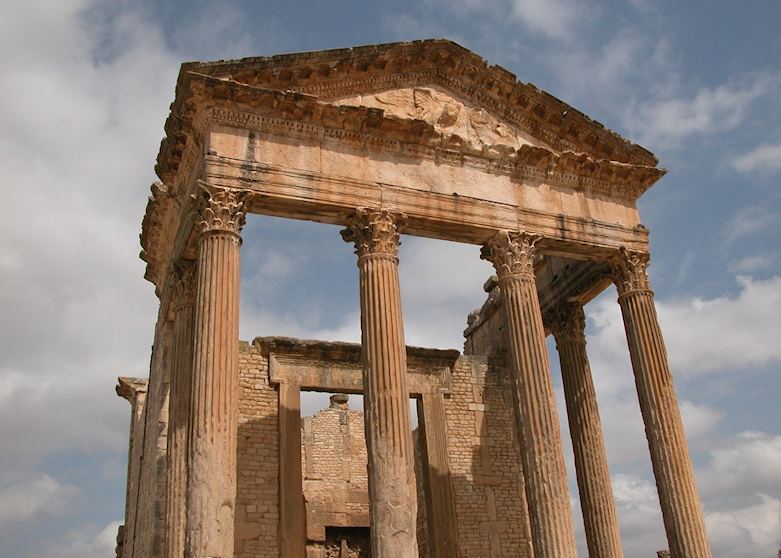 While some might argue that Tunisia does not possess a stunning draw, such as the Pyramids of Giza, or the ancient city of Petra, there is little doubt that Dougga is the pinnacle of the Roman presence in Tunisia, and looks out majestically over the hills.

One of the best ways to begin a visit to Carthage is to take a view of it from on high. The Byrsa Hill looks out over the whole city and the vista extends to the mountains of the Cap Bon beyond the Gulf of Tunis. 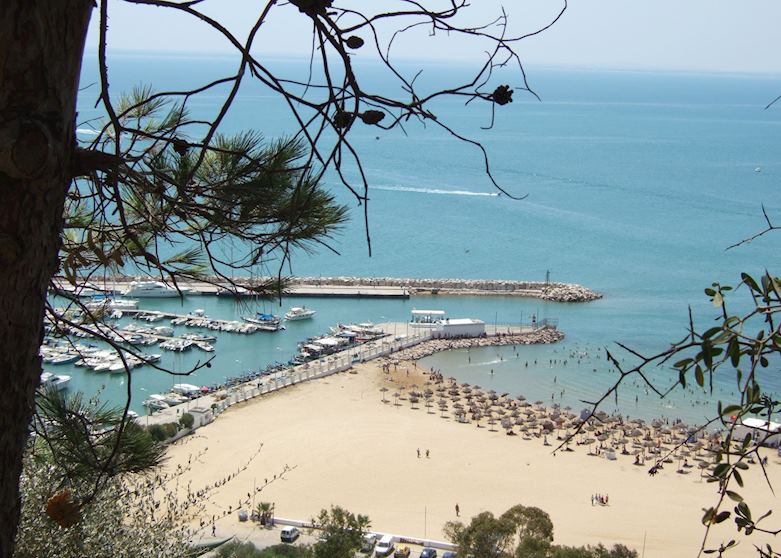 The strong and consistent colours of the buildings, pure whites and blues complemented by the turquoise sea, are simply beautiful, while the narrow, winding cobbled streets all add to the charm of the village. 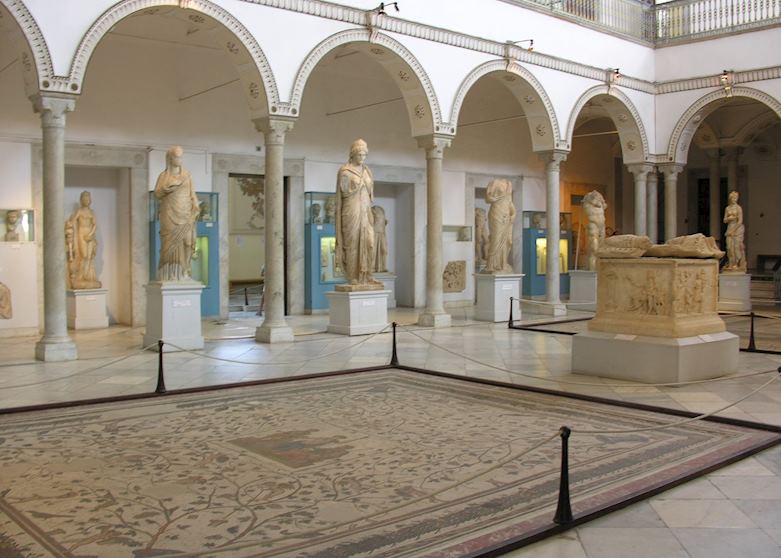 Tunisia's most celebrated museum exudes history throughout. The inside of the museum is famous primarily for its vast and unparalleled collection of mosaics, gathered from the floors of Tunisia's Roman sites and carefully arranged in the rooms. 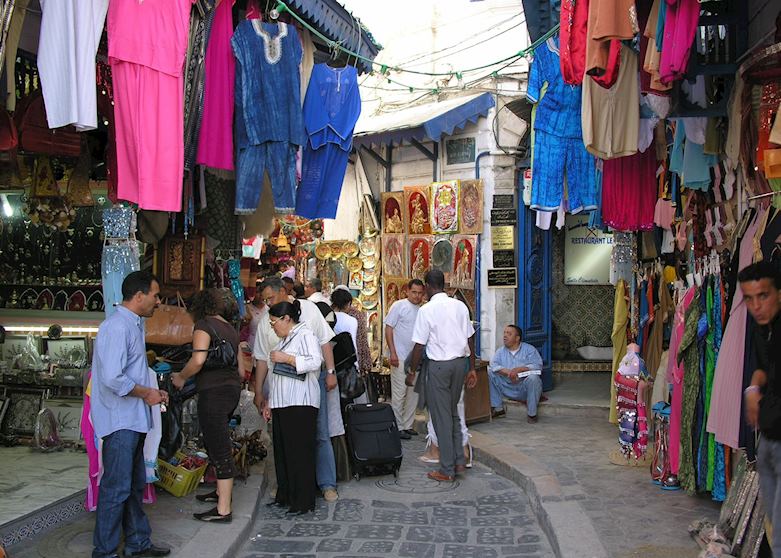 Medina comes from the Arabic word for city, and it refers to the old quarter of Tunis. Your first entry to the Medina of Tunis will most likely come through the Bab Bahr at Place de la Victoire, the Gate into the medina from Avenue Bourguiba.