Kay and Richard Tremellen-Frost traveled to Madagascar with Audley

We had chosen to restrict our three week visit to five different parts of the country: Andasibe and Mantadia, Pangalanes Canal, Masoala, Majunga and Manafiafy in order to see different environs but to have sufficient time to fully appreciate each. This was like five vacations in one. 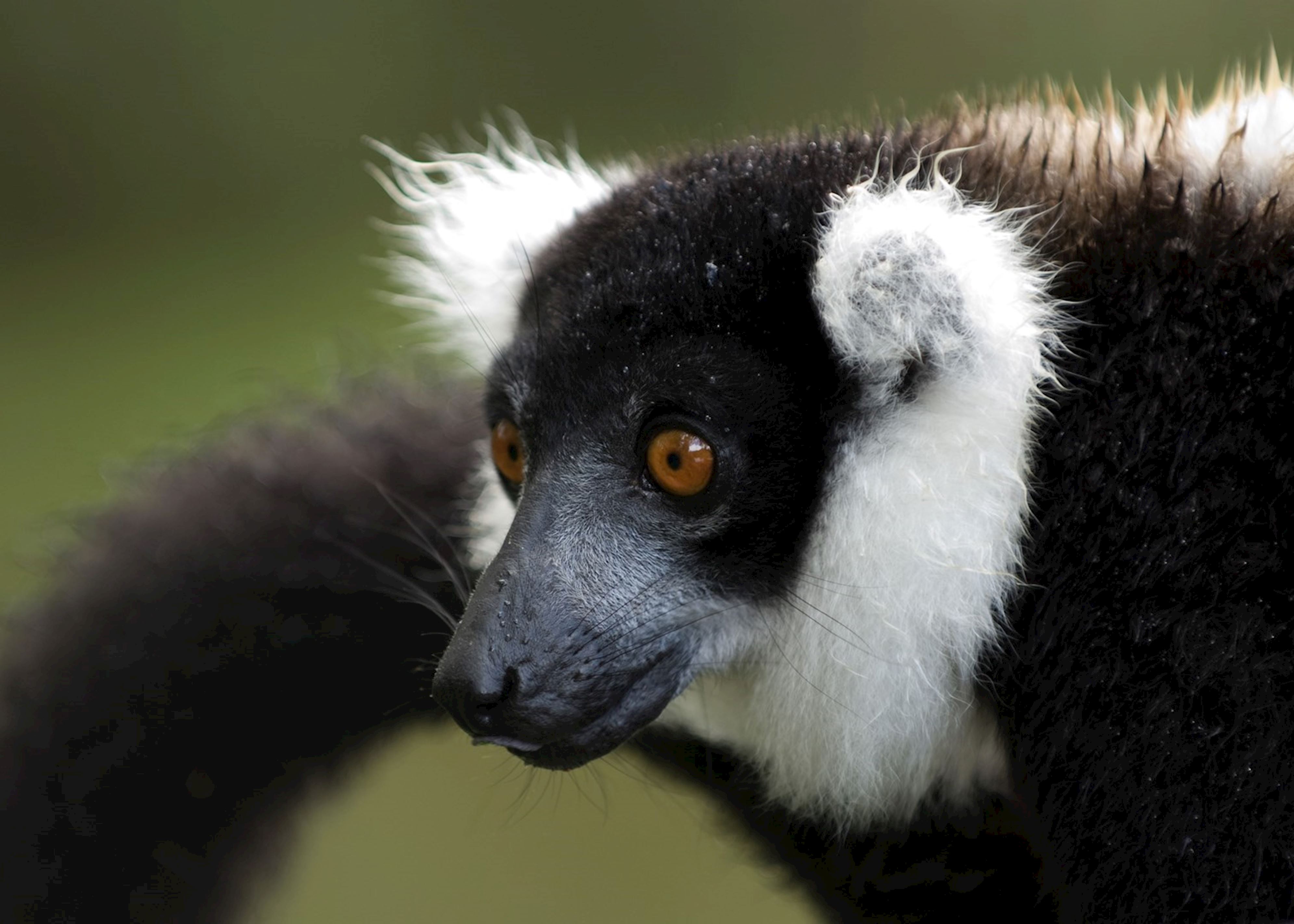 Our main reason for deciding to go to Madagascar was, like many, to see at first hand the curious and unique species which are endemic to the island. We saw so much it’s difficult to know where to start. The call of the indri which can travel over three kilometers is amazing and has to be heard to be appreciated. It makes you shudder. But that was nothing like arriving in the forest to be greeted by their iconic cries. There was just us, our guide and the forest guide; the noise of the indri was getting increasingly louder to the point of deafening.

The forest guide hurried us up, breaking through deep foliage and trees to all sides. And then right above us were three large black-and-white fluffy creatures munching on the leaves. The first time you see any animal in the wild is breathtaking and this certainly was. We spent a lot of time throughout the trip just watching in sheer wonder. Diademed sifaka, Coquerel's sifaka, brown lemurs, black and white-ruffed lemurs, red-ruffed lemurs, woolly lemurs, bamboo lemurs, Western Milne Edward’s sportive lemurs, and the nocturnal Goodman’s mouse lemur kept us occupied and amused for hours. 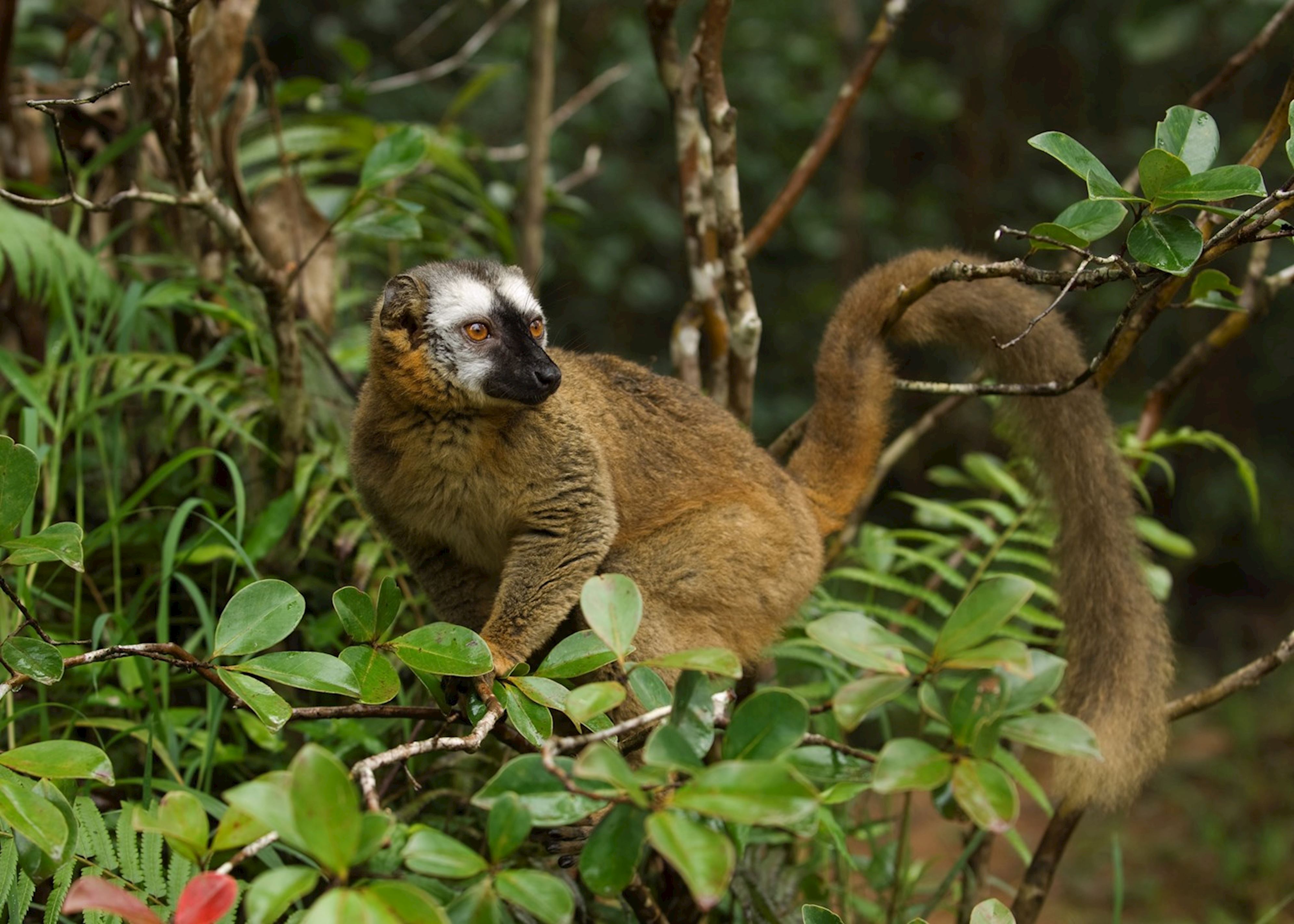 Equally fascinating were the insects: the huge spiders, millipedes, centipedes and in particular the endearing giraffe-necked weevil (Trachelophorus giraffa), which counted as one of our favorites. Its name is appropriate as it has an extended neck much like that of a giraffe. The female rolls a leaf of a plant to lay an egg inside it. She then cuts the roll away from the rest of the leaf for the egg to hatch. 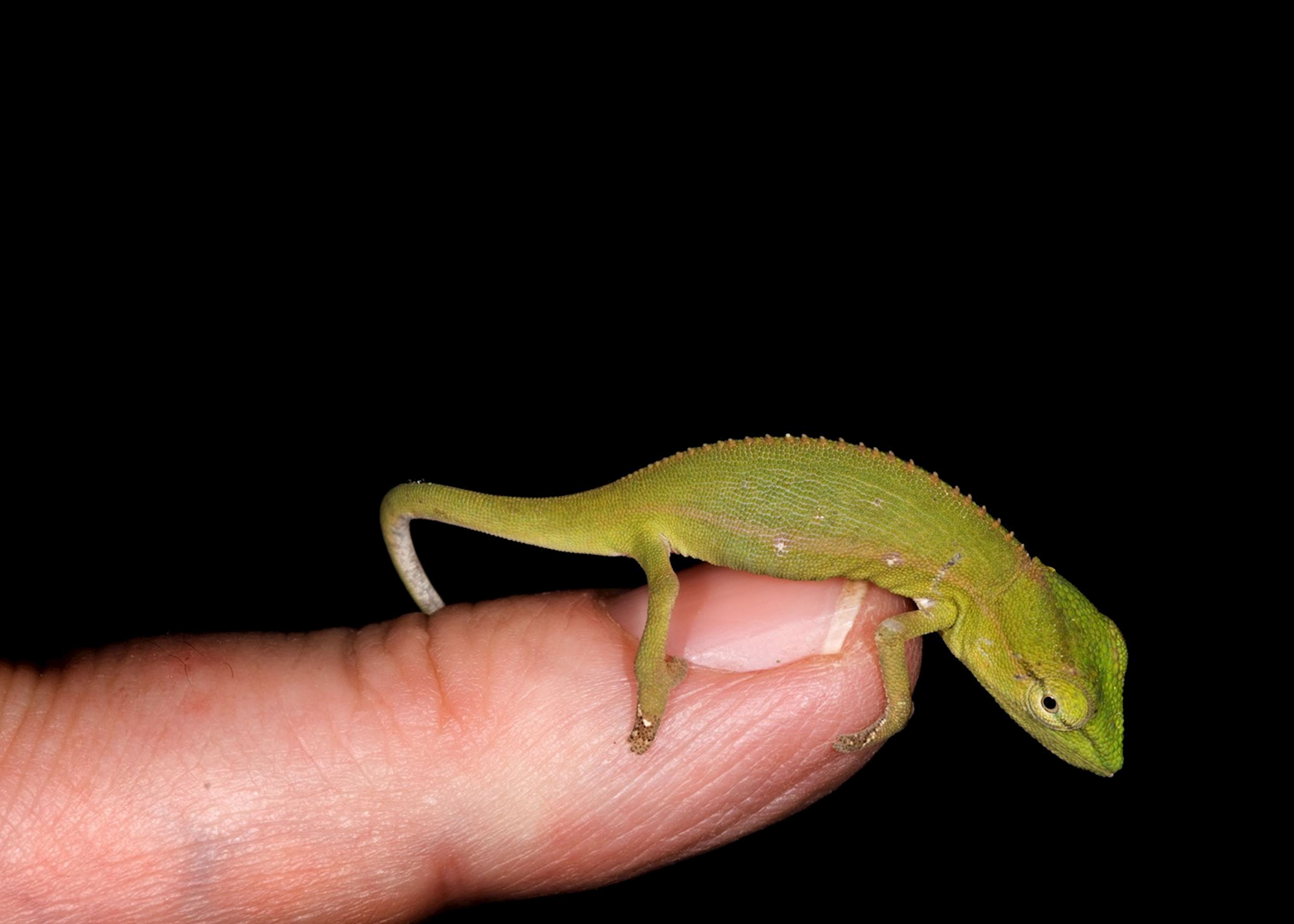 We lost count of how many different lizards, geckos, iguanas and chameleons we saw of a variety of sizes from the smallest chameleon in the world to the large Parson’s chameleon. The birds too were plentiful and stunning: bright colored bee-eaters, pygmy kingfishers, various species of vanga, sunbirds, collared nightjars, Madagascar scops owls, paradise flycatchers to name just a few.

However, the grass only re-grows once and then it turns into ‘bad lands’. We traveled through kilometer after kilometer of land that had been burnt and was fit for nothing, As far as the eye could see was a vast plain, peppered with satrana, which are fire-retardant palm trees. With increased population (there is no birth control) there is a constant need for wood and food and this has led to severe habitat destruction and hunting. 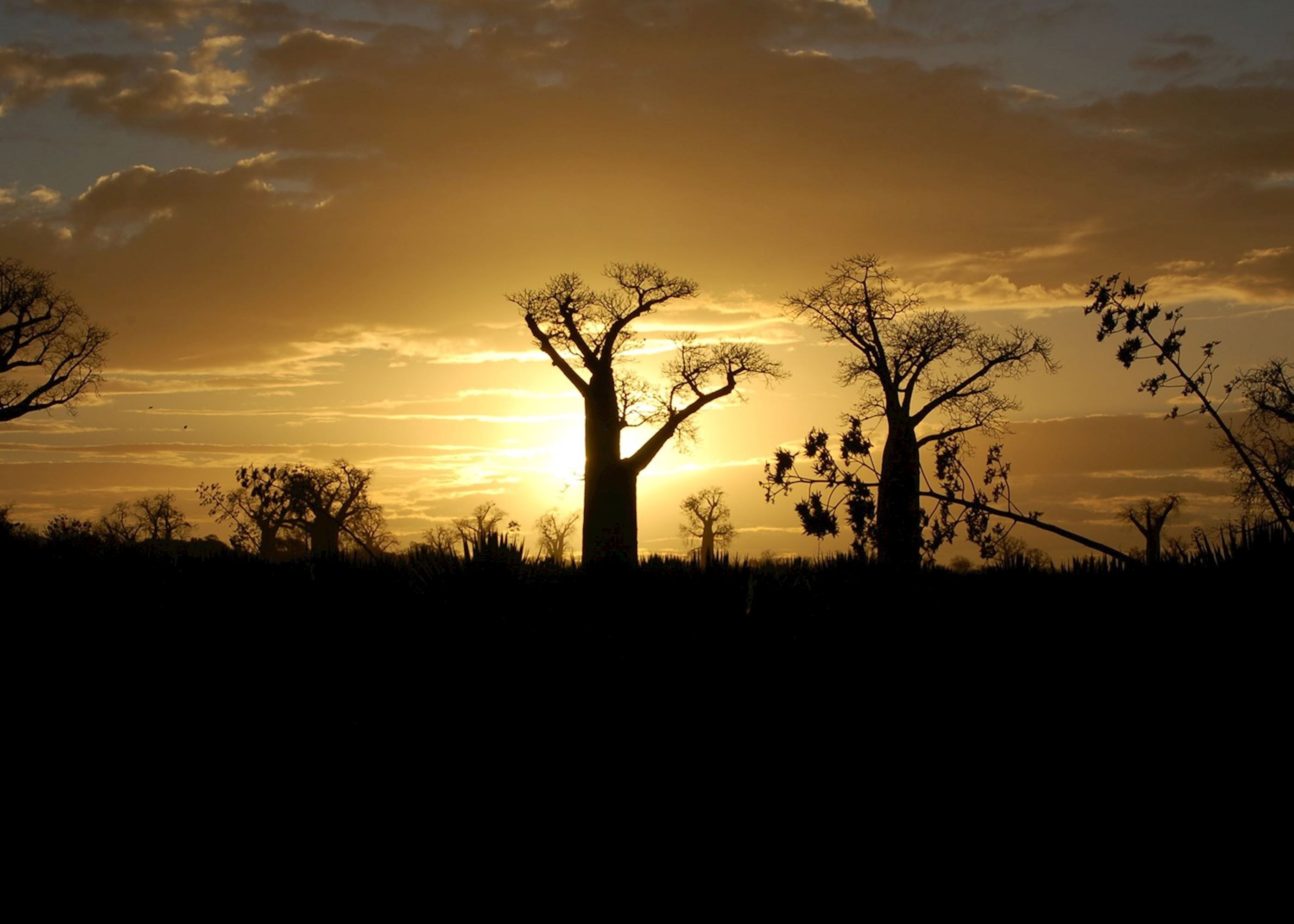 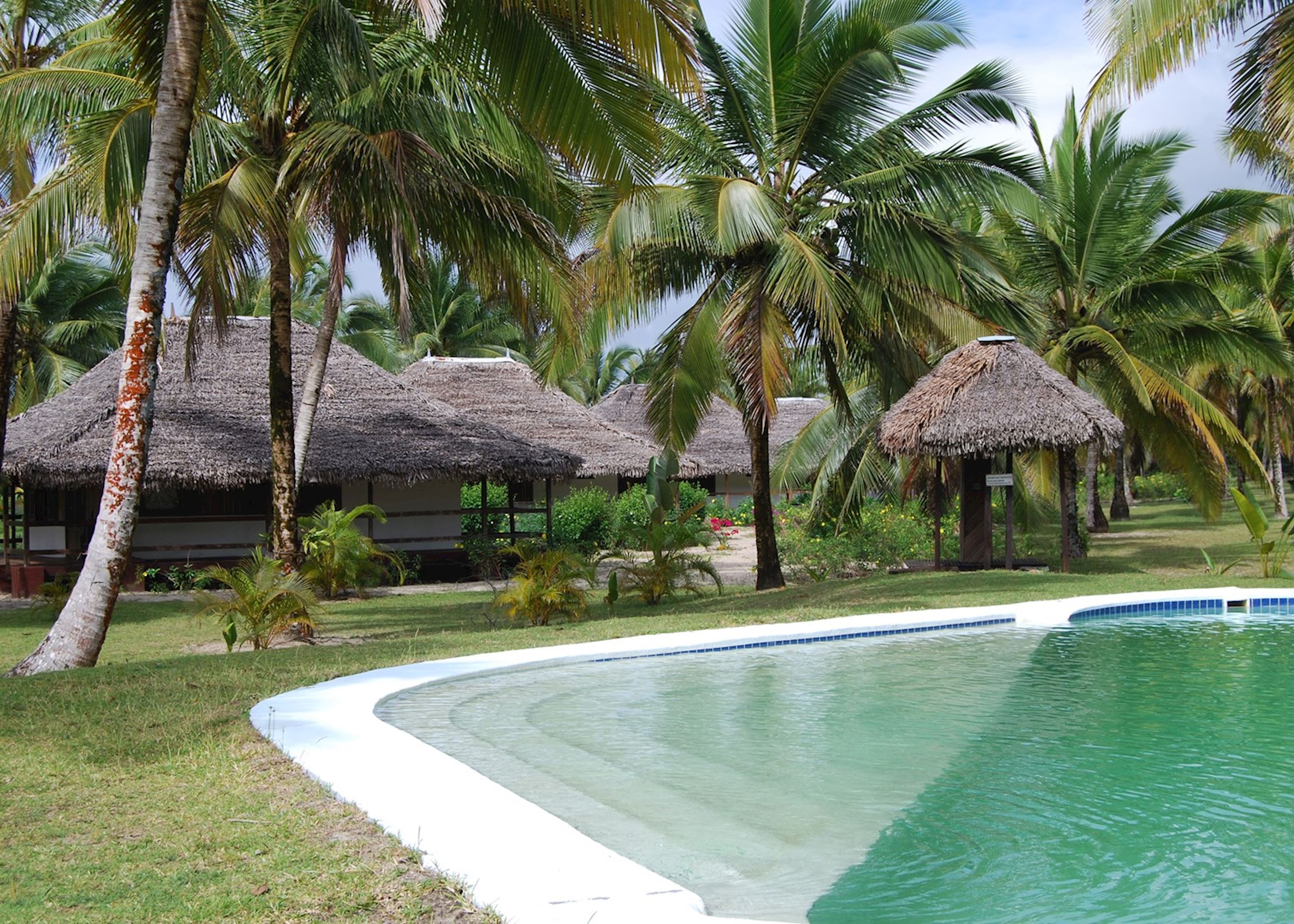 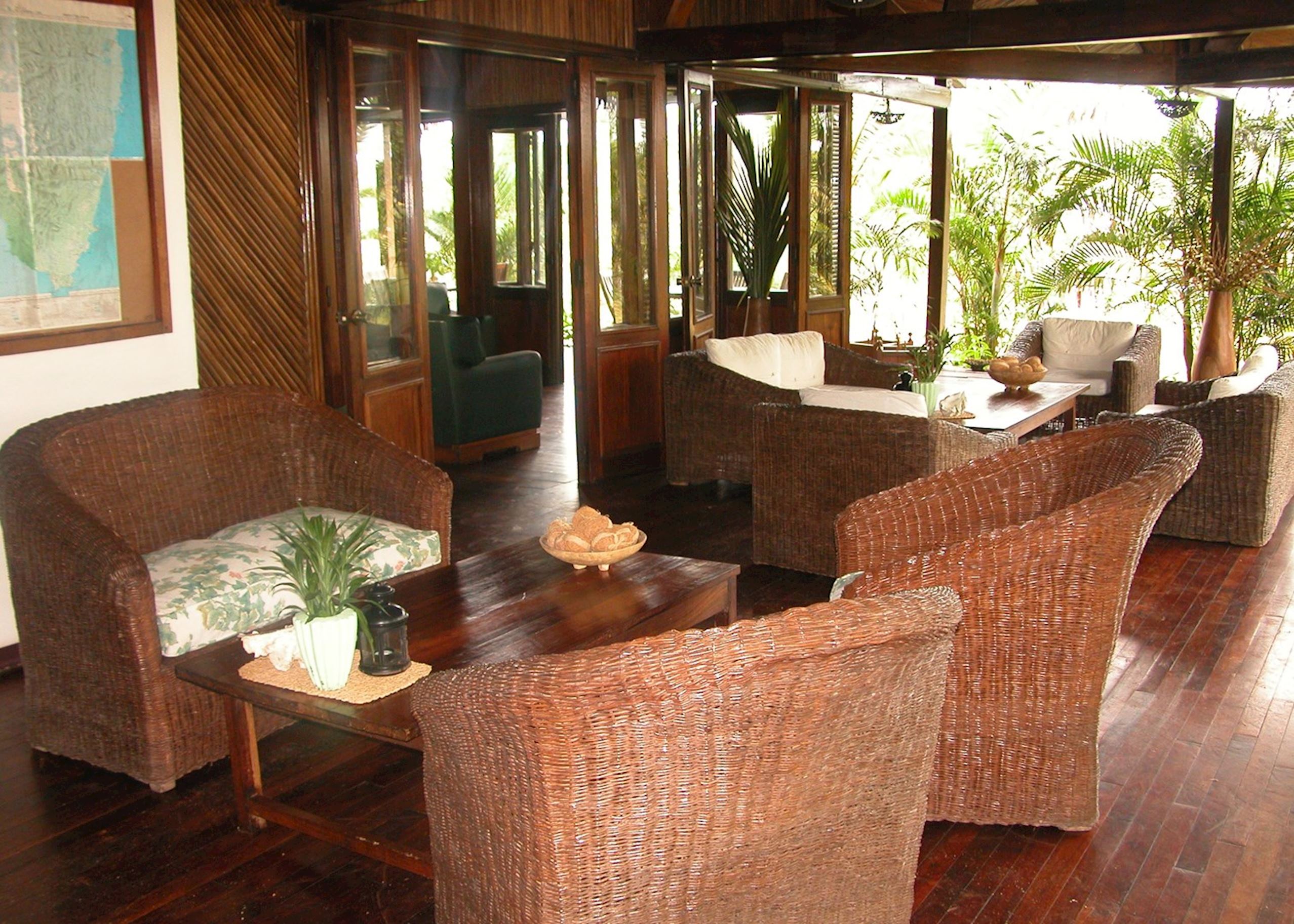 Approaching by boat, all that can be seen is six wooden bungalows nestled at the foot of a most amazing primary forest but on their own private beach. The bungalows are made of mahogany that had already been cut and then saved to use to build the bungalows. It was sheer luxury — the only place we came across that offered hairdryers and a kettle in the rooms. The views from the cabins were just stunning and although we didn’t eat there, the chef is French and if the cuisine at the main Relais was anything to go by, its little sister will be outstanding, despite its remote location. A real bonus is that it is the only lodge located right at the foot of the primary forest. From other nearby lodges it is quite a walk to reach the access point to this forest and, given the heat we experienced, this is a serious consideration. This place really is Malagasy Magic. 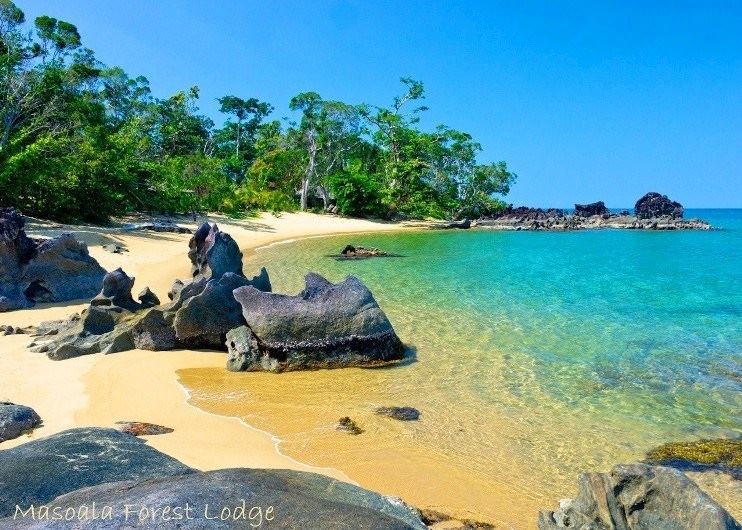 Also worthy of a mention is Manafiafy where we spent the last few nights. This was incredible accommodation; spacious, private and set right on a beautiful beach with only a local village nearby. Given that it was a strenuous three hour journey on a very rough road, we never ceased to be amazed at how they managed to provide such wonderful food. If you should think of staying there, bear in mind the three hour transfer — we’ve traveled some rough roads in the past but this one is not for the faint hearted.