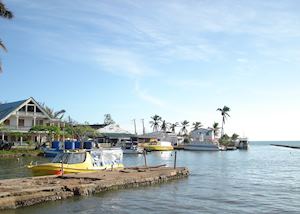 Your lodge can usually provide you with snorkeling equipment so you can observe life beneath the waves. If you’re an experienced diver, head out on a diving session to the coral reefs, while beginners can opt to take a diving course to obtain an international PADI certificate.

Back on dry land, most lodges have bicycles for hire. You could spend a morning or afternoon pedaling along (poorly maintained) roads lined with mango, clove, cinnamon and breadfruit trees, pausing at fishing villages dotted with bamboo houses. As you pass beaches, you’ll notice traditional wooden pirogue boats moored in the shallows. 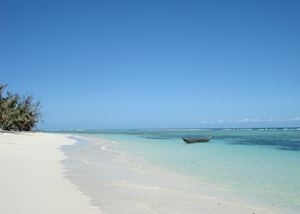 You can visit Île Sainte-Marie from April to December, with only the cyclone-prone months of January to March worth avoiding. To time with whale-watching season, visit between June and September.

Our itineraries will give you suggestions for what is possible when you travel in Île Sainte-Marie, and they showcase routes we know work particularly well. Treat them as inspiration, because your trip will be created uniquely by one of our specialists.