Running parallel to the Indian Ocean the Pangalanes Canal forms a network of man-made channels connecting freshwater lakes and lagoons.

Life around the Pangalanes Canal

Stretching 600 kilometers from the bustling port of Tamatave to Farafangana along the south east coast, the Pangalanes is the longest canal in the world. Though overgrown with aquatic plants the canal still dominates daily life in this region as it provides the main source of trade and transport. Plans are in place to clear the weed and upgrade the canal once more to the busy commercial waterway that it once was. Cruising by boat on the calm waters of Pangalanes is fascinating.

This area is the stronghold of the Betsimisaraka people and their villages can be seen along the banks. On the waterways themselves you see pirogues, local fishermen, rafts carrying timber and over-crowded ferries with names such as 'Great Hopes' and 'Malagasy Fish'. 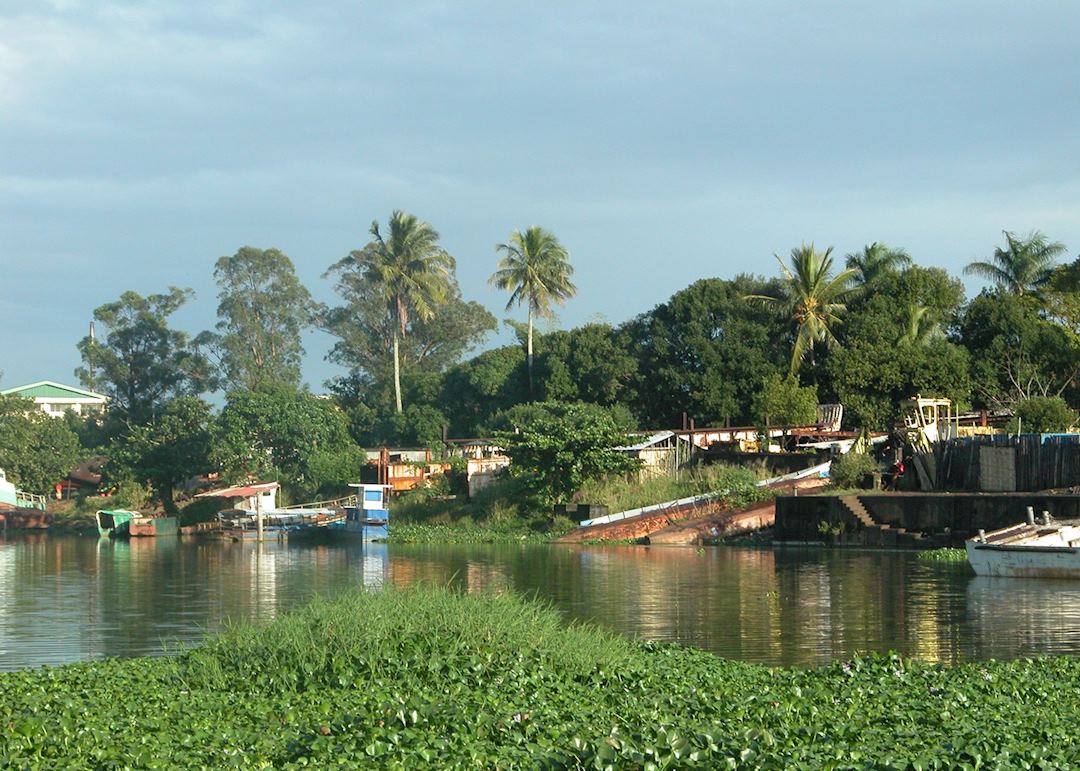 Start planning your trip to The Pangalanes Canal

Request a Quote
Map view Places near the Pangalanes Canal

Map of the Pangalanes Canal

Places near the Pangalanes Canal

Photos of the Pangalanes Canal

Accommodation choices for the Pangalanes Canal

We’ve selected a range of accommodation options for when you visit the Pangalanes Canal. Our choices usually come recommended for their character, facilities and service or location. Our specialists always aim to suggest properties that match your preferences.