Saint Fin Barre founded a monastery in Cork in the 7th century and, since then, the settlement has grown into the Republic of Ireland's second largest city. Its setting, by one of the world's largest natural ports, brought it great wealth in the 18th century, when grand Georgian terraces sprung up between the narrow 17th-century laneways.

Central Cork is a compact but cosmopolitan place, cradled by two channels of the River Lee and awash with modern bars and restaurants, tantalizing food markets, art galleries and live music venues. The city has a palpable energy with live music every night of the week and over 20 art festivals.

Cork has such a welcoming ambiance about it — I quickly felt at home here. Filled with good shops and restaurants, it’s extremely walkable. It also makes a good base to explore the surrounding areas of Cobh and Kinsale.

Things to see and do in Cork 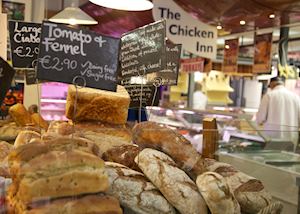 Surrounded by countryside and blessed with temperate weather, Cork has long been a thriving agricultural hub. In the 18th century its huge natural port allowed local merchants to export salted beef, pork and butter as far as the West Indies. By the 1860s, Cork had the largest butter market in the world.

This affinity for fine food and high production values lives on in the city's many restaurants and in the organic and artisan produce available in its markets. With all the prime cuts being sold for export, Cork became renowned for its love of crubeens (boiled pigs' feet), tripe and drisheen (a sausage of beef and sheep's blood) that you can still order in eateries today.

An ornate Victorian covered market with an elaborate vaulted ceiling and slender columns, Cork's bustling English Market has been a trading and social hub of the city since 1788. With some stalls run by the same family for generations and an array of small traders, it's the kind of place where you can be sure of both the quality of the produce and the personal service on offer.

There's a huge array of stalls selling everything from organic vegetables to hand-crafted cheeses, rare-breed meats, freshly caught fish and seafood, and local specialities such as spiced beef and crubeens.

The Huguenots, Protestants who fled religious persecution in France during the late 17th century, had a significant influence on commercial and civic life in Cork. A group of about 300 settled here, built their own church and quickly assimilated into local society with many serving as sheriffs or mayors of Cork between the 17th and 19th centuries.

Noted goldsmiths, silversmiths and textile manufacturers, they brought innovations to the linen industry and the making of sailcloth. The area around French Church Street is now known as the Huguenot Quarter, and its narrow laneways are lined with small businesses and cafés.

The restored Huguenot Burial Ground on Carey's Lane has information panels on the area's history and displays a map of Cork as it was in 1759.

Home to some of Ireland's most famous whiskeys, including Jameson, Paddy and Powers, the Old Midleton Distillery was founded in the early 19th century and was in service for 150 years.

Production of these prestigious blended whiskeys now takes place in a more modern plant nearby, which produces 24 million bottles a year, but you can tour the historic buildings of the old distillery to learn about the traditional processes used here and see the world's largest pot still.

You'll also get to see the original waterwheel, malting houses, corn stores and still houses, and finally sample a local whiskey in the Jameson Bar. Midleton is 20 km (12 miles) from Cork.

A grand neo-Gothic structure, set just south of the city on the site of Saint Fin Barre's original 7th-century monastery, this elaborate cathedral was designed by William Burges in 1863.

Burges, an exponent of the Gothic Revival architecture movement emerging out of England at the time, won a competition for its design. He then went on to elaborate vastly on the plans he had submitted, blowing the original budget to pieces.

The result is a lavish mix of spires, sculptures and gargoyles that shows an unusual uniformity of style. Burges designed everything, from the furniture and stained glass to the sumptuous mosaic work.

Perhaps the cathedral’s most unlikely treasure is a cannonball that hit the spire of a former church on this site during the Siege of Cork in 1690.

Our itineraries will give you suggestions for what is possible when you travel in Cork, and they showcase routes we know work particularly well. Treat them as inspiration, because your trip will be created uniquely by one of our specialists.

We’ve selected a range of accommodation options for when you visit Cork. Our choices usually come recommended for their character, facilities and service or location. Our specialists always aim to suggest properties that match your preferences.

Our specialists seek out authentic ways to get to know the places that could feature in your trip. These activities reflect some of the experiences they've most enjoyed while visiting Cork, and which use the best local guides. 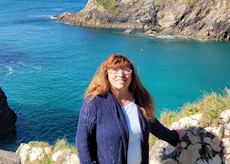