Beloved by locals and visitors alike, Dingle town is renowned for its live music, quaint character and pubs that once multi-tasked as stores. Its vibrant atmosphere and cosmopolitan collection of cafés, restaurants and art galleries belies its small size and gives it a distinctive charm. 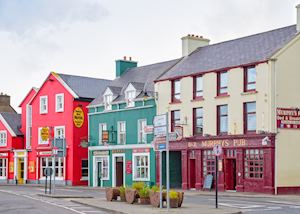 This sample itinerary will give you an idea of what is possible when you travel in Dingle Peninsula, and showcases routes we know work particularly well. Treat this as inspiration, because your trip will be created uniquely by one of our specialists.