Israel’s largest freshwater lake, the Sea of Galilee is also known as Lake Tiberias or Lake Kinnaret and is the place where Jesus is said to have walked on water. According to the Bible, much of his ministry was carried out around the lake, and today, it’s an important Christian pilgrimage site. The lake is one of Israel’s prime water sources and a popular place for relaxing on its beaches, cycling or walking. Many sites connected with biblical stories are in the surrounding region as well as Israel’s first kibbutz, making it an ideal place to learn about the history of the region and its people. 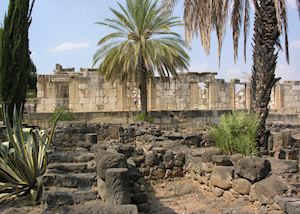 Believed to be the spot where Jesus first met Peter, Andrew, James, John and Matthew, the first of his disciples, and where he preached in the synagogue and healed the sick, Capernaum is a significant biblical site. Here you’ll find the well-preserved remains of a 4th-century synagogue built in white limestone which sits above the ruins of an earlier Roman synagogue. Around it lie the ruins of a village where Simon Peter, a humble fisherman later beatified as Saint Peter, is thought to have lived. Jesus came to stay with him here and a modern church with a glass viewing panel in the floor extends over his house and the ruins of the 5th-century church which surround it.

At Tabgha on the northwestern lake shore is the Church of the Multiplication of the Loaves and Fishes. This Benedictine church was built in 1982 to protect the remains of a 5th-century church, its floor of 4th-century mosaics and the earlier foundations of a 3rd-century church. The hub of it all is a rock which protrudes from the floor below the altar, the spot where Jesus is said to have laid the five loaves and two fishes that went on to feed 5,000 people.

Nearby is the Church of the Primacy of Saint Peter, a Franciscan chapel built in 1933 with a set of vivid stained-glass windows. Another rock here stands in front of the altar and is believed to be where Jesus sat and ate with his disciples.

Uphill from Tabgha’s Church of the Multiplication of the Loaves and Fishes is the Mount of the Beatitudes, the place where Jesus is believed to have delivered the Sermon on the Mount. The spot is marked by an octagonal Italianate church built in the early 20th century. Stained glass below the dome depicts the beatitudes, with the seven virtues (faith, hope, charity, fortitude, justice, temperance and prudence) depicted around the altar. Don’t miss the sweeping views of the Sea of Galilee from the balcony and the tranquil gardens.

At the southern end of the lake you’ll find the Deganya Alef and Deganya Beth kibbutz. Deganya Alef was the first of Israel’s collective farms, founded in 1910 by a group of young people eager to create a just society. This was Israel’s first kibbutz and the success of the commune saw countless others established across the country, including Deganya Bet in 1920.

You can visit Deganya Bet to gain insight into the history and present-day reality of kibbutz life. A guide from the kibbutz will explain the theoretical foundations of the kibbutz movement and important role the kibbutzim played in the history and defense of the early state of Israel.

They will also speak about what life is like on a kibbutz today and current challenges faced by modern life. As part of the tour you’ll see the archives, located in the converted home of Levi Eshkol, a former prime minister of Israel, that contain fascinating material on the early days of the pioneer movement.

Although Galilee is considered a year-round destination, April or May or between September and November are the best times to visit as you’ll avoid the heat and humidity of the summer months. Winters are cool and can be wet, but are often the most tranquil time to visit rural Israel. 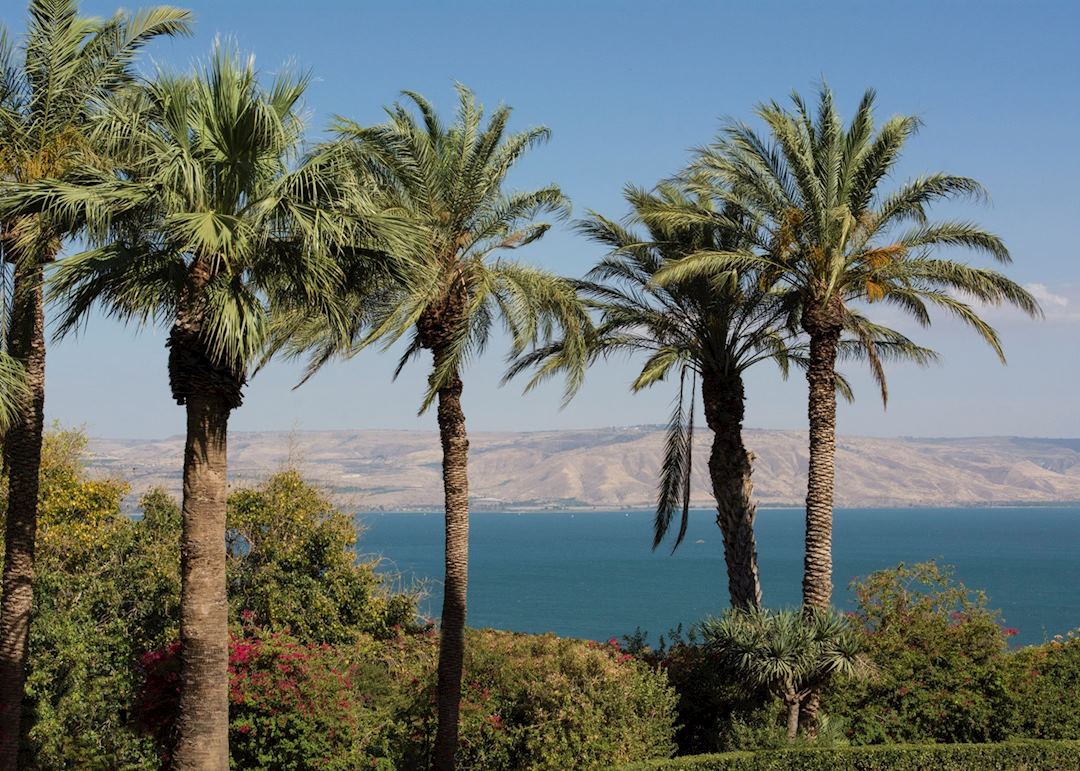 Start planning your trip to Galilee

Our specialists seek out authentic ways to get to know the places that could feature in your trip. These activities reflect some of the experiences they've most enjoyed while visiting Galilee, and which use the best local guides.