Huatulco consists of nine bays and is located on Oaxaca's Coast, at the end of the Southern Sierra Madre.

Its topography is populated by mountains, valleys and hillsides, irrigated by the Coyula, San Agustin and Copalita rivers. Huatulco was the 5th and latest development by the Mexican Federal Government through the National Tourism Fund, and it encompasses about 9 square miles of territory and includes 22 miles of the Mexican Pacific coastline.

The vegetation is exuberant to say the least. There are tree species such as tepguanje, cazarate, poppy, fichus, mecianos, colorin, as well as thorny low forest, thorny scrub, gallery forest and mangle in the coastal corridor. The fauna is typical of the neo-tropical zones where there are few big mammals and predators; rabbits, squirrels and white tailed deer can be found. There is also a wide variety of reptiles and amphibians like salamanders, frogs, toads, iguanas, turtles and snakes, as well as a wide variety of birds such as hawks, sparrow hawks, owls, doves, pelicans, gulls and sparrows.

Huatulco can be reached in 30 minutes by plane from Oaxaca making it an up and coming beach destination for those who don't want to fly all the way over to the Yucatán and who are looking to get a little off the beaten path. 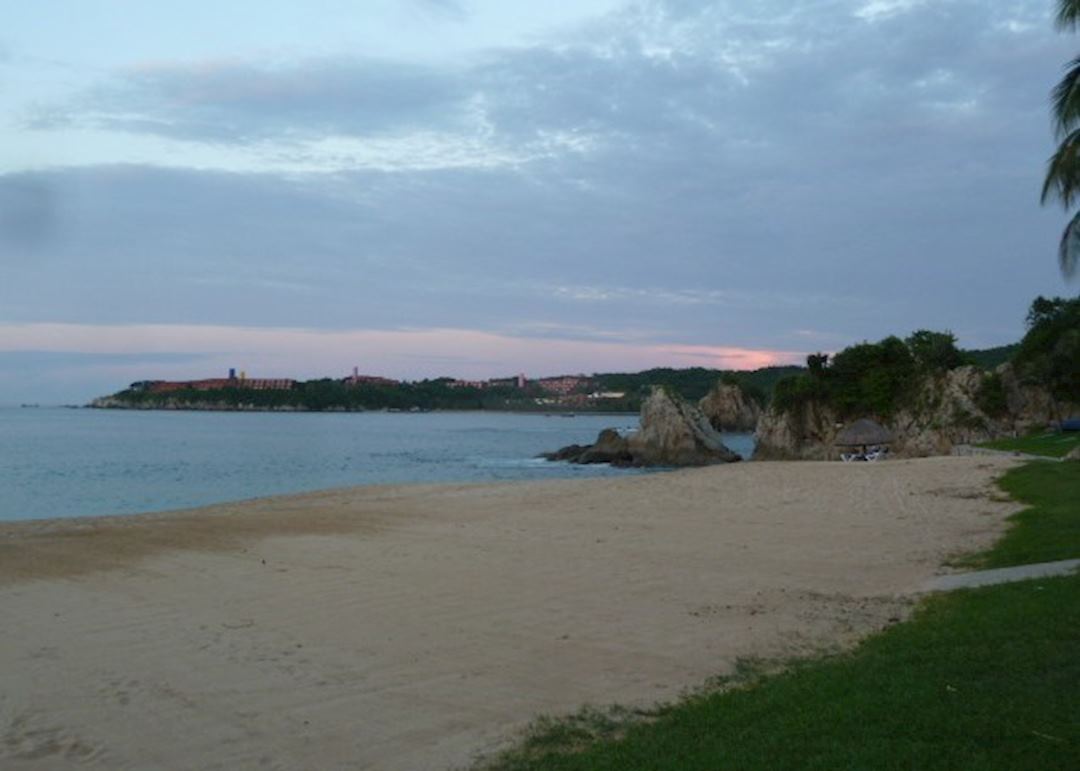 Start planning your trip to Huatulco

We’ve selected a range of accommodation options for when you visit Huatulco. Our choices usually come recommended for their character, facilities and service or location. Our specialists always aim to suggest properties that match your preferences.