In order to reach the canyon, visitors must pass through the little village of Grant Grove. Here the short Big Stump Trail winds past the enormous stumps of trees felled in the late 19th century. 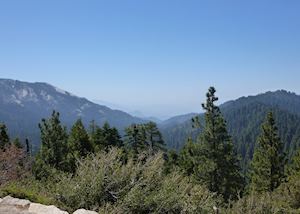 Close by, in a large stand of sequoias, stand the General Grant and the Robert E. Lee trees which both rival the 275-feet-tall General Sherman tree of Sequoia National Park in size. Highway 180, the Kings Canyon Highway, descends into the steep-sided Kings Canyon, cut by the furious waters of the Kings River. Here, immense walls of blue marble and granite contrast with the clear river water and verdant green yucca plants.

Within the national park lies Cedar Grove Village, set amidst a wonderful proliferation of cedar trees. There are some very scenic walking trails here, some following the creeks and others encompassing the Zumwalt Meadows, and all overshadowed by the forbidding mass of the Grand Sentinel and North Dome peaks. 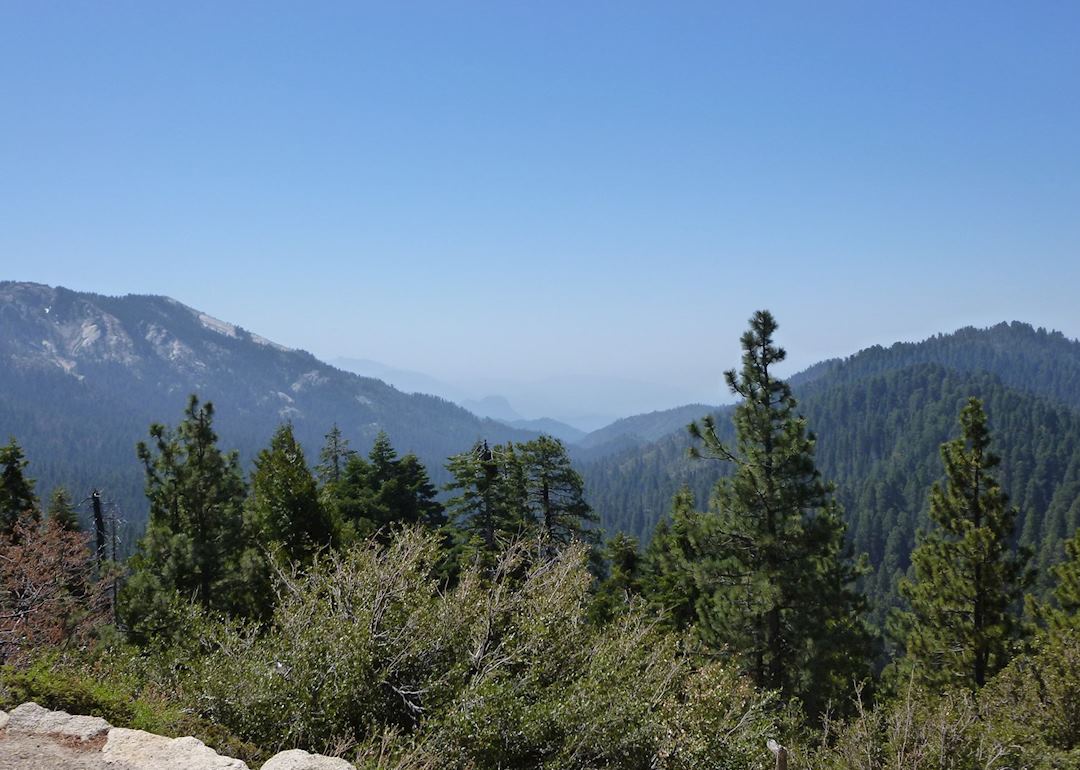