Chongwe River House is built on the banks of tranquil Chongwe River, a tributary of the Zambezi, which acts as the boundary of the Lower Zambezi National Park. The house looks up the river and on to the dramatic Zambezi escarpment, where the light on the hills changes mesmerisingly, minute by minute. The river is a constant source of water for game, which can often be seen from the house itself.

The house itself is luxurious and peaceful, with unique and interesting architecture making this a visually stunning option, quite unlike any other 'typical' safari house. There are four open-fronted en suite bedrooms, each with a terrace which opens up to spectacular views over the confluence of the two rivers.

The open dining and sitting-room area overlooks the river, while the natural grassy terrace leading to the river will be the site for moonlit dinners. Activities from the house include game drives in open 4x4s, walking safaris, boating and canoeing on the Zambezi, and fishing.

Our itineraries are there to spark ideas for how you could include a stay at Chongwe River House as part of your trip. Treat them simply as suggestions, because every aspect of the trip we create for you will be yours to define.

View all accommodation in The Lower Zambezi National Park 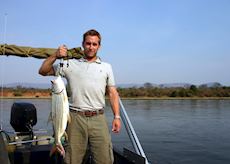 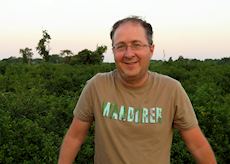 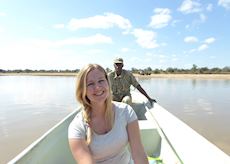