Reaching out from Antarctica like a beckoning hand, the Antarctic Peninsula is a spectacular range of jagged mountain peaks, draped in glaciers that calve icebergs into the sea.

Part of the peninsula is sub-Antarctic: the true Antarctic begins at the 66˚ 32’ S parallel of latitude, where for one day or more each year the sun doesn’t rise or set. Most ships cross this parallel, if just so their passengers can toast the occasion. 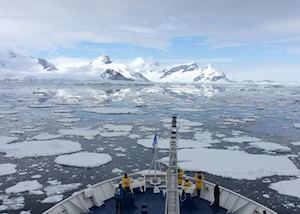 Among the highlights of the peninsula are Port Lockroy, the British Antarctic Survey base situated in a natural harbour reached through the spectacular cliffs of the Neumayer Channel. With its own post office and museum this is one of the most visited parts of the peninsula, but it also has some unusual sights, including the skeleton of a fin whale left over from its whaling station past, which is blown around through the austral winter but painstakingly re-assembled each spring. Hope Bay is home to the Argentinean Esperanza Base, which is a year-round settlement, with a mayor, post office and school. It is also where the Antarctic continent’s first baby was born in 1978.

The Lemaire Channel is one of the most stunning and photogenic sights of Antarctica — running between the Antarctic Peninsula and Booth Island, its convoluted passage is navigable but only just, with sheer cliffs on every side.

Wildlife of the Antarctic Peninsula

At Paradise Harbour petrels, cormorants, seals, penguins and sometimes whales are extras to a breathtaking and stunning landscape, a dramatic and iconic image of Antarctica at its most beautiful. A zodiac cruise here is one of the highlights of a trip to Antarctica. Petermann Island is home to thousands of blue-eyed shags, raucous birds well worth a closer look. Babies are born bald, but when they fledge they club together on the surface of the sea to fish in rafts, diving more than 100 metres in focused, relentless hunts for fish.

Our itineraries will give you suggestions for what is possible when you travel in Antarctic Peninsula, and they showcase routes we know work particularly well. Treat them as inspiration, because your trip will be created uniquely by one of our specialists. 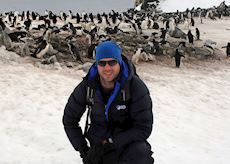 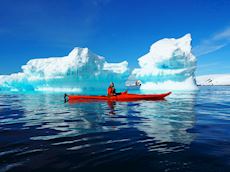