If wildlife spotting is a passion, we can tailor-make your holiday in Australia to give you the best possible chances of encountering Australia's must-see species. Our specialists can plan your trip to make wildlife the main focus, or so it plays a part in a wider experience.

Dugongs are marine mammals that grow up to 3 m long and weigh up to 400 kg. Very docile creatures, they drift around in family groups, surfacing to breathe. Affectionately known as sea cows because they graze on seagrass, dugongs are among 16 endangered species that live in the Shark Bay World Heritage Area and Marine Park in Western Australia.

The cassowary is the third tallest bird in the world behind family members the ostrich and emu. A flightless bird, the cassowary lives in the rainforests of Northern Queensland. The female cassowary is larger than the male and weighs 47 kg on average, with the males weighing an average of 38 kg.

Most at home in the arid desert scrub, you'll find thorny devils across the sand plains of central and western Australia. They're covered in cone-shaped spines, which both protect them and help to collect water that is channelled through grooves to their mouth. For food, the thorny devils feast on ants, eating up to 1,000 in one sitting. Despite their ferocious spines they are hunted by bustards and goannas so their camouflage colouring and false head on the back of their necks are essential for survival. 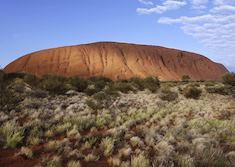 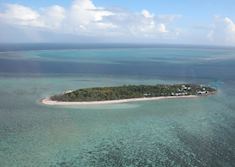 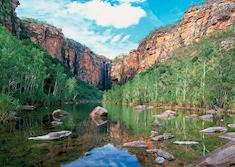 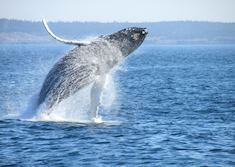 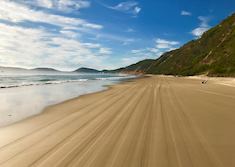 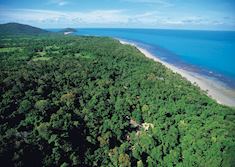 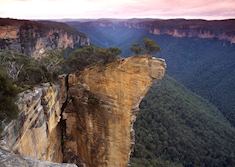