The USA and Canada

The areas either side of the US and Canada border are home to a multitude of fantastic spots. Our specialists share their favourite trips, which allow you to see the best of both countries.

There are some wonderful experiences to be had around the border between the USA and Canada. Our USA and Canada teams work closely together when planning these cross-border trips meaning you get the benefit of two specialists' knowledge. From national parks galore for mountain lovers to the best places to see autumn colours.

For Spectacular Coastline (A)

Explore San Francisco's many attractions then head into the countryside, taking in the Napa Valley and the striking Cascade Mountains. Cross into British Columbia for whale watching in Victoria as well as exploring the coastal city of Vancouver. 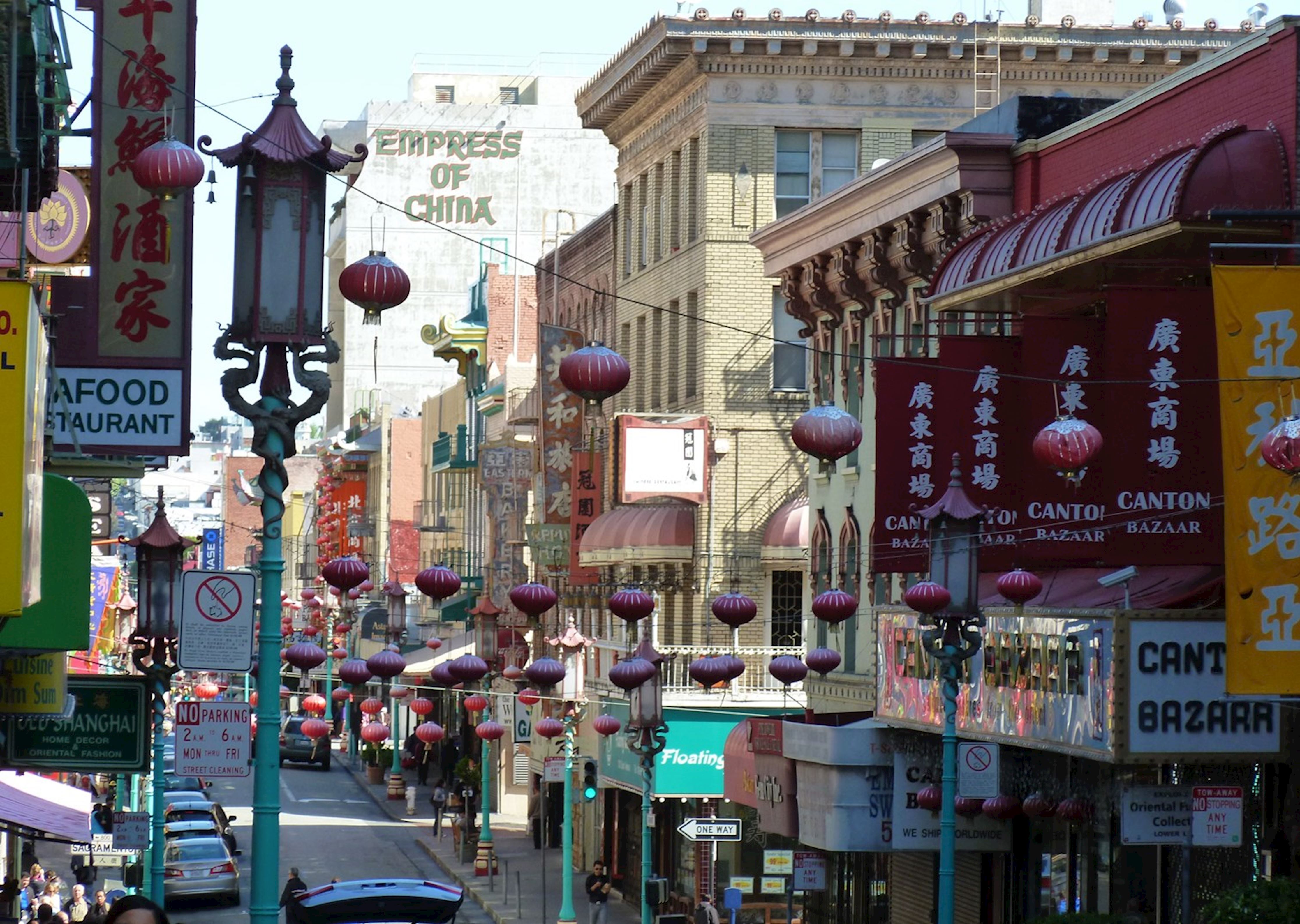 The iconic city of San Francisco, with its hilly streets, cable cars and the Golden Gate Bridge, is a great start to a trip. Just a short drive north lie the gently undulating vineyards of the Napa Valley and Sonoma County. Magnificent stands of giant redwood trees line your drive along the northern California coast and breathtaking coastal scenery continues as you enter the state of Oregon.

Heading inland you will then visit one of my favourite places, Crater Lake National Park in the Cascade Mountains. This vivid-blue lake has been sacred for the local Klamath Native Americans for millennia and today is a haven for wildlife and walking enthusiasts. Continuing your drive into the Cascade Mountains, you will stay for a few nights in the little mountain town of Bend, with magnificent vistas in all directions and white-water rafting, mountain biking, rock climbing and fishing on offer. Just a two-hour drive north is bohemian Portland, where a largely free public transportation system makes getting around very easy and where there is a vibrant live music scene. 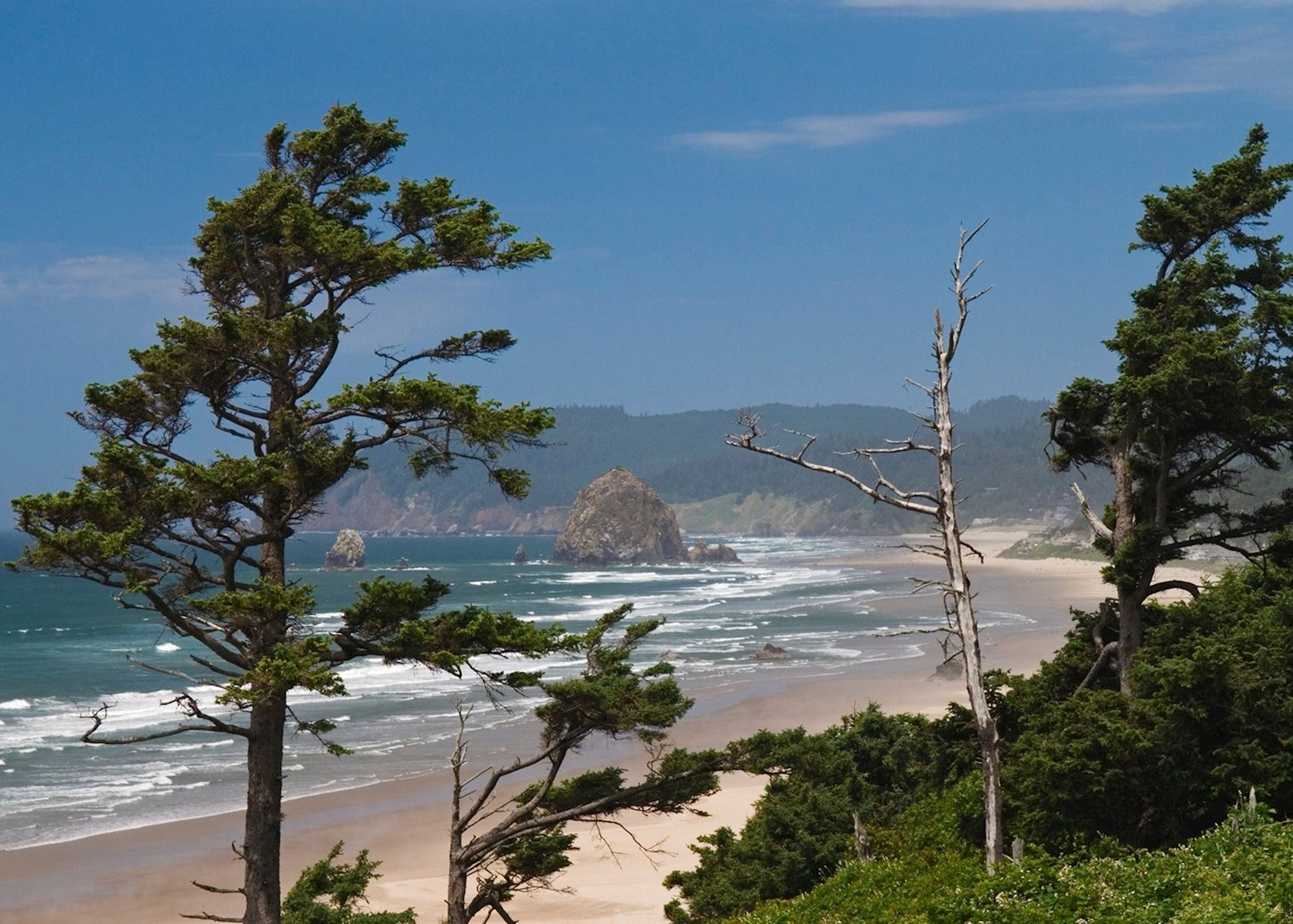 You then head back to the coast for a stay at Cannon Beach, one of the most scenic beaches in western USA. The magnificent scenery continues as you drive north to Olympic National Park in northwest Washington state. Here, temperate rainforests shelter enormous herds of Roosevelt elk and deserted beaches are piled high with driftwood.

It is then a quick and easy ferry trip from Port Angeles on the Olympic Peninsula to Victoria, the capital of the Canadian province of British Columbia. Don't miss taking a whale-watching trip here — there are resident pods of orca during summer months. A two-hour ferry trip takes you to Vancouver on the British Columbia mainland where my highlights are the totem poles of Stanley Park, Chinatown and historic Gastown.

From Vancouver, drive south, crossing the border back into the USA and arriving in the city of Seattle.

For Maritime Enthusiasts (B)

Enjoy the USA's historic city of Boston, and the wonderful coastal scenery of Kennebunkport and Bar Harbor as well as visiting fishing ports such as Lunenburg in Canada and exploring the dramatic Fundy National Park. 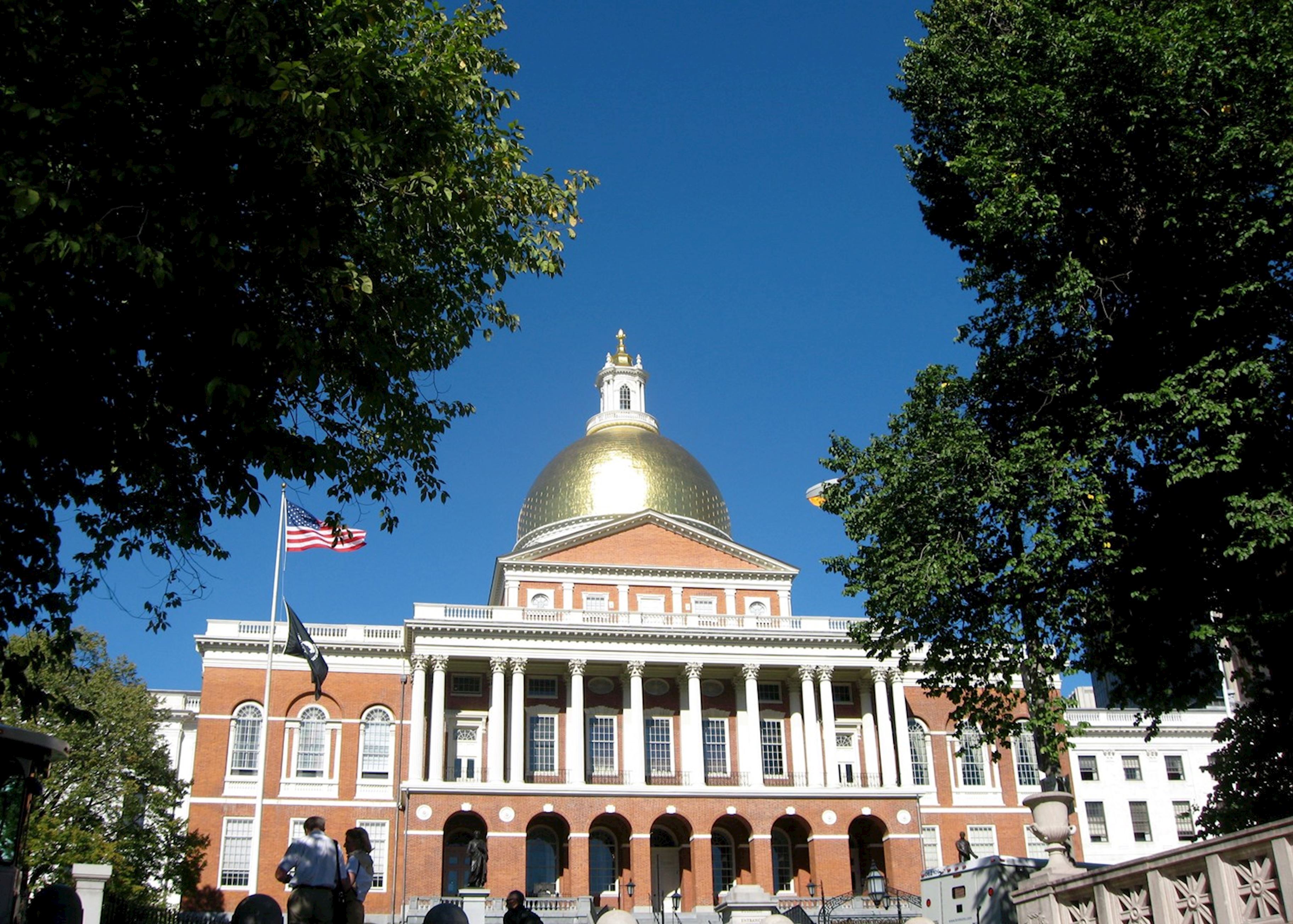 Start in the historic city of Boston, where I'd recommend joining the Freedom Trail walking tour to learn about the city's rich history and explore sights such as Faneuil Hall, Boston Common and the gold-domed State House. With a hire car it is just a two-hour drive along the coast to the pretty beach resort of Kennebunkport, where you may rub shoulders with the Bush family who holiday here.

There is rugged coastal scenery to explore as you wend north-eastwards to Bar Harbor near Acadia National Park. This is a perfect spot for invigorating coastal walks, whale-watching trips and for indulging in scrumptious clam chowders. One of my favourite little restaurants is Café This is Way in Bar Harbor — try the steamed lobster, it's delicious!

After a drive of an hour and a half you will leave Maine behind as you cross over into the Canadian province of New Brunswick. Stay for a couple of nights in the town of St Andrew's by-the-Sea and explore the historic streets and the town's magnificent Kingsbrae Garden.

Bidding adieu to the coast, travel to New Brunswick's capital, Fredericton — don't miss the Beaverbrook art gallery. Your next destination is Fundy National Park: home to the highest tides in the world, this is a great place to walk on the ocean floor or perhaps take a thrilling boat ride on the tidal bore as it races into the bay — prepare to get very wet! Fundy also has fantastic walking trails and prolific birdlife. 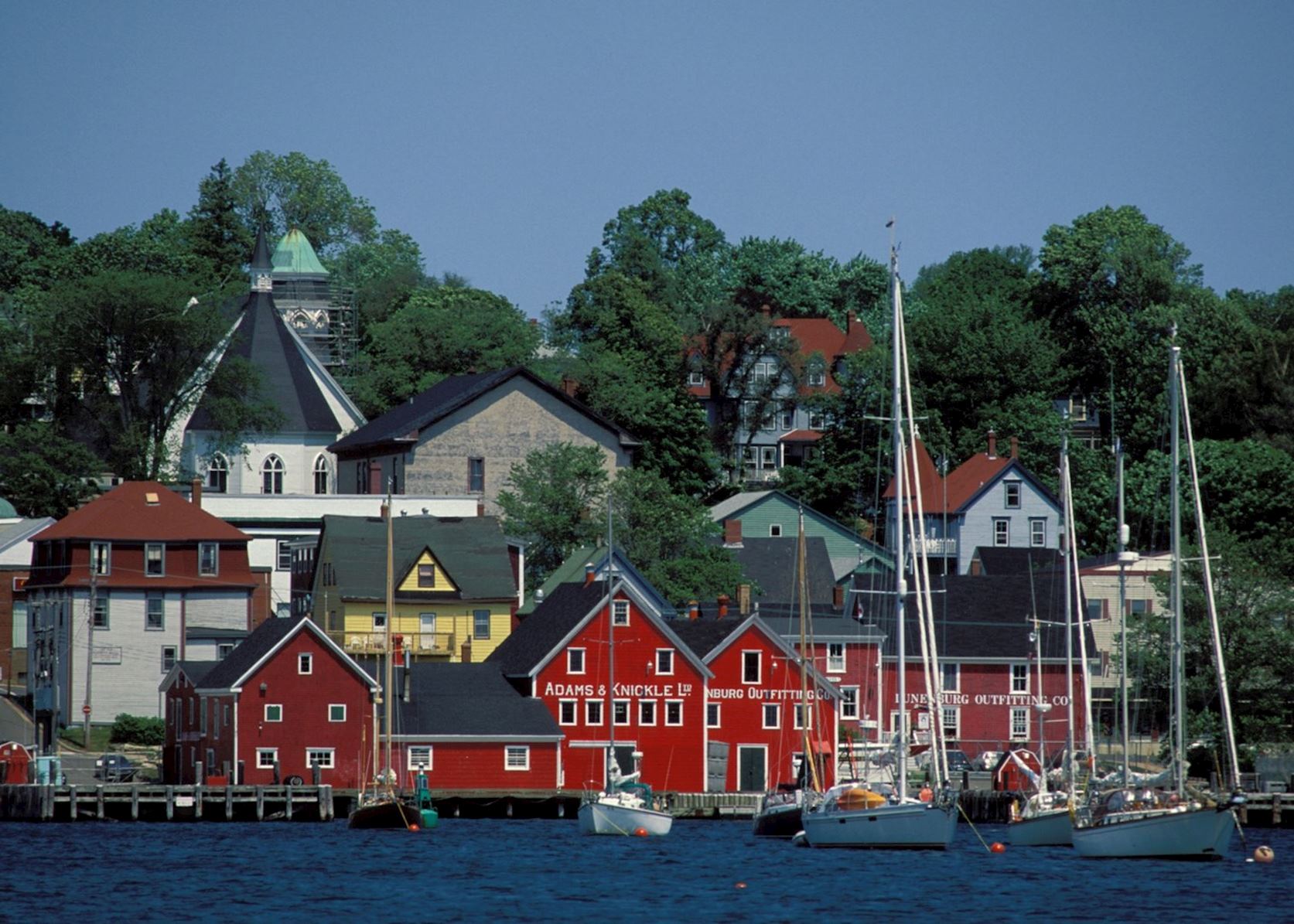 Having crossed the Bay of Fundy by ferry you will arrive in the province of Nova Scotia, and travel to the nearby town of Annapolis Royal. Here, historic houses, gardens and the orchards of the fertile Annapolis Valley await. From Annapolis your drive takes you to the UNESCO World Heritage town of Lunenburg. This fishing port is crammed with quaint, gaily painted clapboard houses; the Fisheries Museum of the Atlantic, with its historic ships, is well worth a visit.

On the coastal drive north, stop at the much-photographed lighthouse at Peggy's Cove before arriving in Nova Scotia's capital, Halifax — a delightful place to end your trip.

Starting in the buzzing waterfront city of Seattle, be sure to visit Pike Place Market, the Space Needle, the first ever branch of Starbucks and the Museum of Flight. 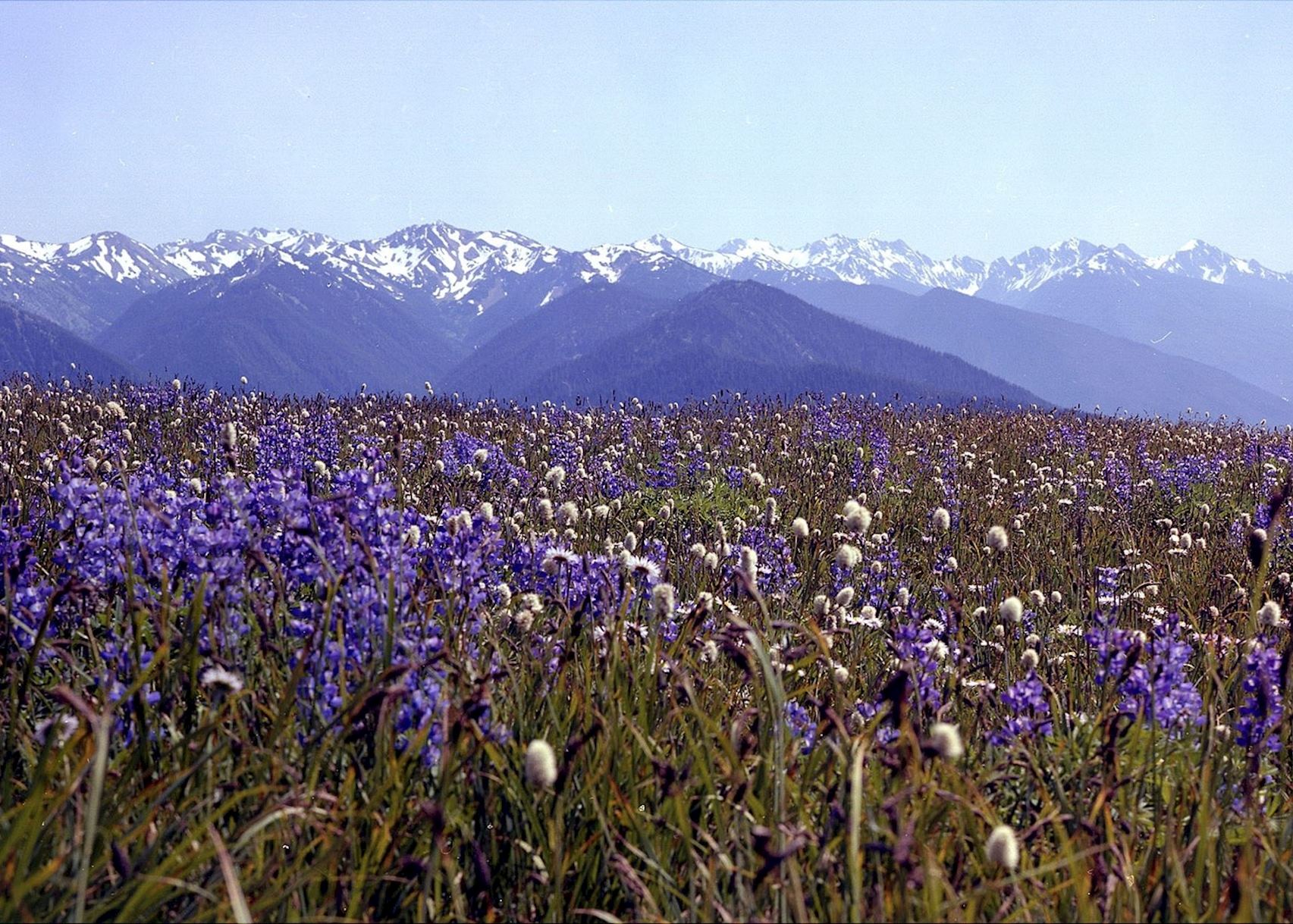 Drive to Olympic National Park where there are delightful lakes to visit and lovely walking trails through the park's temperate rainforests.

Take the short ferry journey from the Olympic Peninsula to Victoria at the southern tip of Canada's Vancouver Island. From Victoria you can board the scenic two-hour ferry to Vancouver, nestled in a spectacular setting between mountains and ocean, and with an enormous natural park at the city's heart.

From Vancouver, drive east through the heart of interior British Columbia passing the mighty Fraser River and Hells Gate Canyon. The mountain scenery gets ever more spectacular as you cross into the province of Alberta and arrive in the magnificent Rocky Mountains.

The towns of Jasper, Lake Louise and Banff are perfect bases from which to explore. There's wildlife in abundance here: black bears, elk, bighorn sheep and deer are just some of the animals frequently seen.

There are also plenty of activities: walking, fishing, horse riding, white-water rafting and mountain biking. I never tire of driving the breathtaking Icefields Parkway between Jasper and Banff, which weaves between glacier-strewn mountains and iridescent blue lakes such as glittering Moraine Lake and Lake Louise. 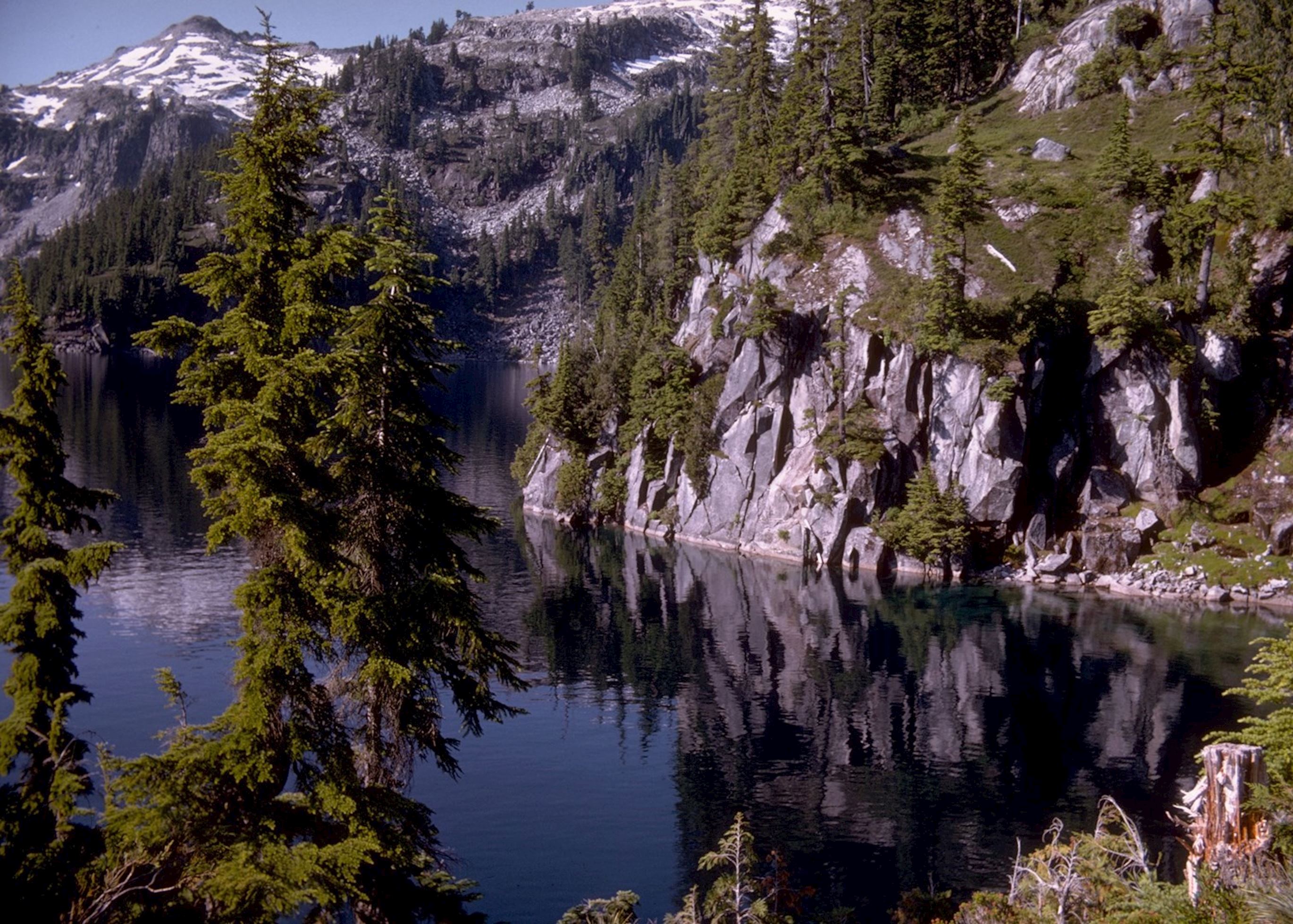 From Banff it is just a two-hour drive to the cowboy city of Calgary. From here, head south and cross the border back into the USA to admire the mountain scenery in Montana's Glacier National Park. Travelling west, head through the remote regions of northern Idaho and eastern Washington to the beautiful North Cascades National Park where there are more monumental mountains to marvel at. Finally, Mount Rainier National Park beckons, before returning to Seattle at the end of your trip. 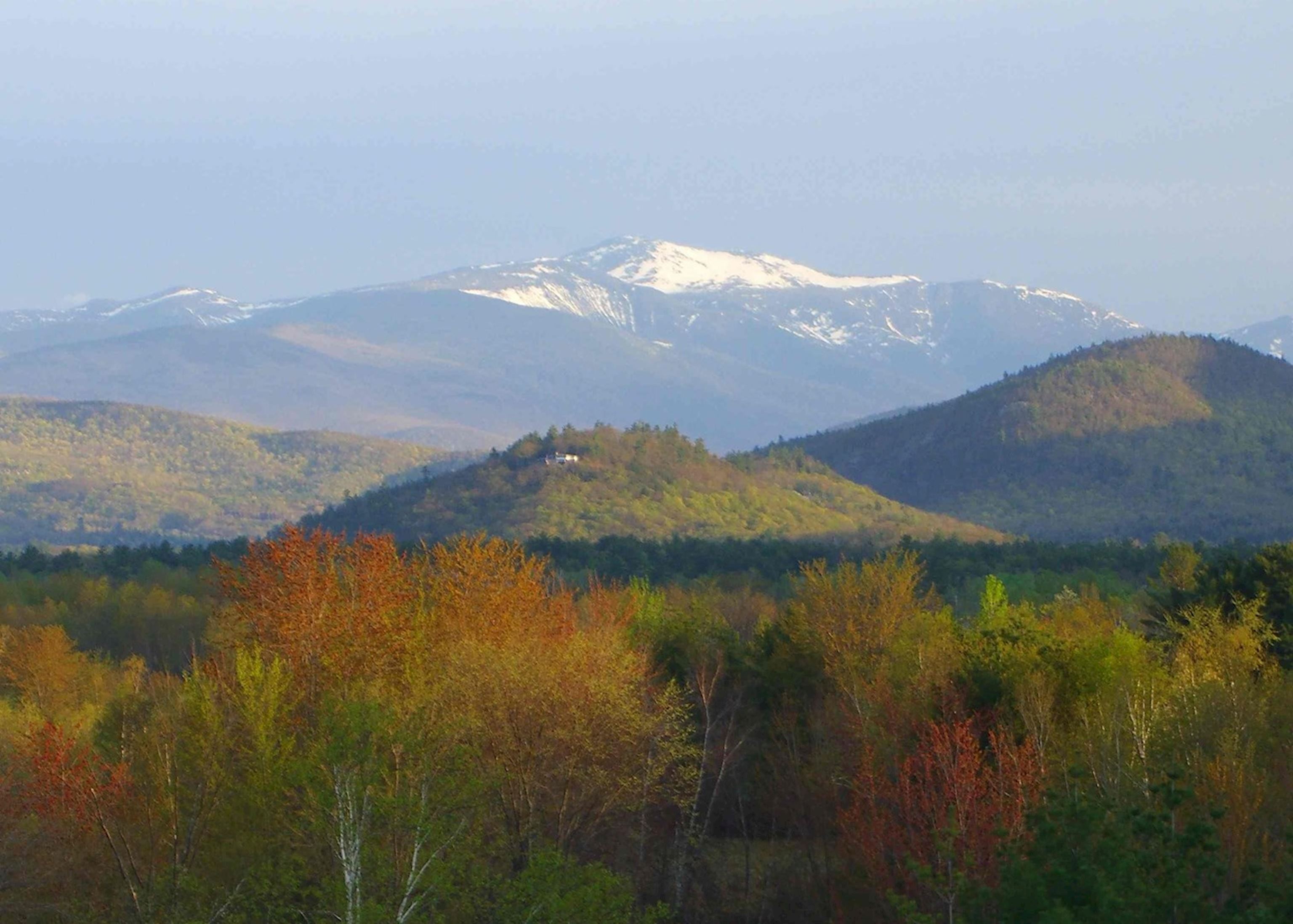 After a few days in the vibrant city of Boston there's nothing better than hiring a car to escape to New Hampshire's nearby White Mountains, breathe in pure mountain air and look for moose.

Driving north, you cross the border from New Hampshire into the Canadian province of Québec and encounter the affluent lake-studded region known as the Eastern Townships.

Québec City lies a couple of hours' drive further north. The city evokes reminders of the 1759 Battle of Québec, which changed the history of North America forever.

Nothing is nicer than ambling through the cobbled streets, exploring the many excellent art galleries and pavement cafés. One of my favourite restaurants is Le Lapin Sauté in the Petit Champlain district, where you can watch street entertainers while enjoying the delicious grills and gratins. 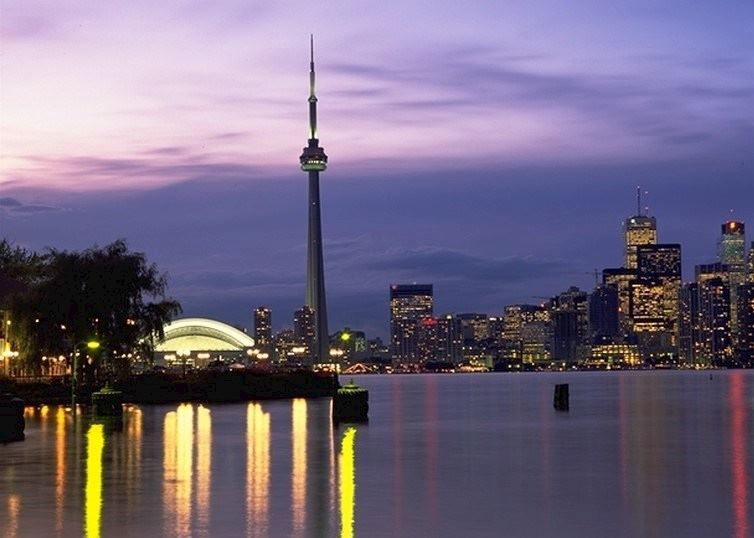 Your route then follows the mighty St Lawrence River south to Montréal, the second-largest French-speaking city in the world. Continuing your journey south, cross into the province of Ontario for a stay in Canada's largest city, Toronto. The city's excellent theatres, shopping and ethnic neighbourhoods are a joy to discover.

Skirting Lake Ontario, drive through the vineyards of the Niagara Escarpment to Niagara Falls. Our favourite ways to see the falls are on board the Maid of the Mist boat or by taking a helicopter flight.

From Niagara, cross back into the USA and, driving past Buffalo, arrive in New York State's pretty Finger Lakes region, maybe enjoying a few of the excellent local wines. It is then a scenic full-day drive through up-state New York to the great city itself.