There's so much more to India than the Taj. Here our India specialists guide you off the beaten track - to Gujarat, Ladakh and the vast Deccan Plateau - for an authentic experience filled with colour, cuisine and culture.

Ladakh offers an incredible combination of culture and scenery that is not found elsewhere in India – it’s simply unique, explains James Carpenter.

Ladakh cannot help but leave visitors utterly amazed. Fed by glacial melt, its pretty green valleys and rolling rivers are surrounded by stark, cold desert plains rising to immense snow-capped peaks. Ladakh derives from the Tibetan phrase La Dags, which translates as ‘land of mountain passes’ – a name truly reflective of the scenery that awed me upon arrival. After taking time to acclimatise (most of Ladakh is above 3,500m), it was time to explore Leh’s surroundings.

Clearly steeped in a rich history, with its intricately painted courtyard and fluttering prayer flags, Thikse Monastery made for a perfect introduction to Buddhist culture – something I’d never experienced before. After exploring Leh, I was driven across the desert plains to Lamayuru. On arrival, I was lucky enough to catch the Yuru-Kabgyat festival that sees Buddhist monks dress up to perform a dance known as the ‘Chham’. The dance dates back to the eighth century and is performed to seek divine grace and ward off evil spirits. The festival was beautifully colourful in the bright sun with the most amazing traditional costumes.

On the way back to Leh, I visited Alchi. Containing the oldest monastery in the area, I was very lucky to hear the monks at prayer – a skill that can take years to master. The soothing, continuous chanting of the monks, along with the steady beat of the drum and the ringing of bells was extremely easy to relax to. Alchi also has a fantastic market right by the monastery. It was a pleasure to browse, and I ended up buying a ferocious-looking metal mask of a tamed demon to put on my wall. Apparently my house is now secure against burglars! After returning to Leh, I was then driven to the Nubra Valley over the world’s highest motorable pass. At over 5,600m, the pass offered some of the most spectacular scenery from above the snowline. Indeed, the peaks that had towered over me on arrival were soon reduced to mere bumps far below. The journey took several hours but did include a hearty meal and many photo stops as we passed the glaciers.

The Nubra Valley is a particularly beautiful part of Ladakh and well worth visiting. One day after walking on glaciers, I was taking a camel ride through sand dunes in the hot sun, followed by a beautiful walk through a lush green village. Upon my return to Leh, I was saddened to leave these welcoming, friendly people. Although filling my days with as much as possible during the last couple of weeks, it was obvious that Ladakh still had a lot more to offer.

Home to the friendliest and most hospitable people in India, Gujarat is the land of smiles. It’s also a great alternative for those returning to India wanting to experience something different. Gujarat was one of the few Indian states I had not visited before and nothing disappointed from the moment I arrived.

It’s a charming mixture of its surrounding states, combining Maharashtra’s magnificent temples and thriving cities with the traditional charm of Rajasthan’s tribal camel herdsman. Its geographic location also means it sits firmly on excellent transport links, so getting there couldn’t be easier. The roads are the finest in India and often better than those in the UK! The modern and ancient lifestyles coincide brilliantly together – where else can you be waiting to pay a highway toll next to a camel train herded by tribal people in traditional dress?

The Gujaratis are rightly proud of their heritage and unique language, although English is spoken in most areas. Its artisans create some of the most exquisite textiles in the country; from ancient methods they produce mirror-work embroidery, block-printed fabrics and hand-woven tapestries. Many of the former palaces have been converted into boutique hotels offering a true Gujarati experience; being predominately vegetarian its appeal spreads even further.

So why visit? Ahmedabad’s old city is full of colourful bazaars, unusual mosques and vivid temples; you can join a fascinating walk through the small passageways and alleys of the heritage area. Mahatma Gandhi once lived in Ahmedabad; his houses here, and in Rajkot, can be visited.

In Gujarat’s south is the former Portuguese colony island of Diu. Although the beaches cannot rival Goa’s, its quirky multicoloured houses are reminiscent of Brazil. Gujarat’s north is quite tribal, centred on the small town of Poshina – where I finally learned how to properly tie a turban. Elsewhere there are ancient temples in Patan and vast national parks; it’s also the only place in the world to see the Asiatic lion.

A highlight for me was the Kutch area. Scattered around the region, and all easily visited from the vibrant capital Bhuj, are tribal villages where fantastic textiles are made and the women wear decorative silver jewellery. The landscape is flat and the vast Rann of Kutch is a white desert shimmering in the distance as far as the eye can see.

Although Gujarat is a ‘dry’ state this was one non-alcoholic cocktail definitely worth waiting for.

With forts and monuments to rival those in Rajasthan, the Deccan Plateau allows you to find cultural gems away from the mainstream with the added warmth and culture of the South Indian people, believes James Carpenter.

The Deccan Plateau mixes Hindu temples and South Indian culture with forts and mausoleums that are as impressive as those found in the North. Add some unique Hoysala architecture, the thrill of getting off the commonly trodden path, its connectivity with Mysore, Coorg and the coast, and you have an area that offers rich culture and terrific variety. The area encompassed by the ‘Southern Plateau’ – the word deccan literally means south – covers an expansive stretch of land between the Western Ghats near Kerala, the Eastern Ghats in Tamil Nadu and as far north as Maharashtra. This means the area covers a large part of Karnataka, Andhra Pradesh, Maharashtra and some of Tamil Nadu. It also includes two of my favourite destinations, Hyderabad and Hampi (above).

Andhra Pradesh’s capital, Hyderabad has an exciting historical-meets-modern­aesthetic vibe. Nicknamed ‘Cyberbad’ for its growing technology industries, it was historically important as a foothold in the south for early invading Muslim Kings. Later it was captured by the Great Mughal Aurangzeb. When we talk about Hyderabad in a historical sense we tend to be referring to Golconda Fort, which is a must see.

This was my third visit to Hampi and this trip really brought home the importance of a quality guide. My previous trips had been nothing more than aesthetic appreciation but the guide really brought the area to life with his knowledge of the Hindu Vijayanagar Empire. They ruled this area for 200 years from 1336 before they were defeated by a conglomeration of five Muslim dynasties.

In between Hyderabad and Hampi you have a number of lesser-explored gems. Bidar has a beautiful fort and some very impressive tombs. Gulbarga is the site of the first successful invasion by the Muslim Bahamani Kings. Bijapur showcases the gigantic Gol Gumbaz and beautiful Ibrahim Roza mausoleums while the nearby Badami Caves are filled with impressive carvings. Further south from Hampi you can find the unique star-shaped Hoysala Temples.

As well as this wealth of culture, wildlife excursions can be easily included from Hyderabad and Hampi, to explore another side of the Deccan Plateau. There are some brilliant walks around Hassan and Coorg, and a trip here can be connected to Kerala or coastal Karnataka for some relaxing beach time at the end of your trip. My recommendation is to get there before it becomes as busy as some other parts of India in the peak season. The best time of year to visit is between October and March. 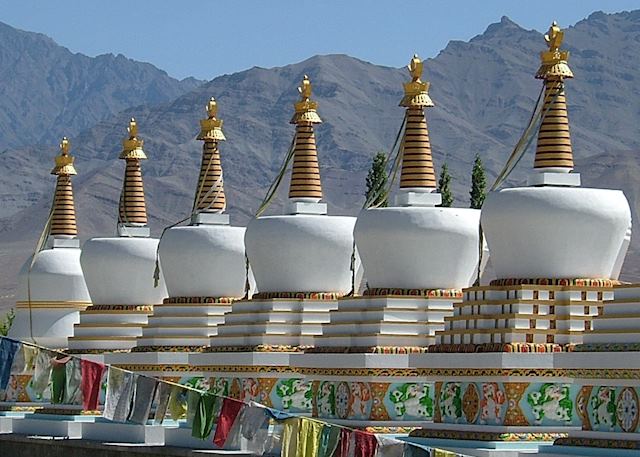