In the footsteps of the Real Marigold Hotel

Inspired by the highlights featured in the recent BBC series The Real Marigold Hotel, we’ve put together a collection of our suggestions for experiencing similar adventures on a trip to India.

The 'Pink City' of Jaipur

A beautifully traditional haveli within the pink walls of Jaipur is the base for the celebrities in the series. Home to endless markets, intricate historical buildings and an impressive city palace, Jaipur has a bustling and lively atmosphere. Known as the ‘Pink City’, it is the brightly painted, ancient stone buildings that gave Jaipur this name. 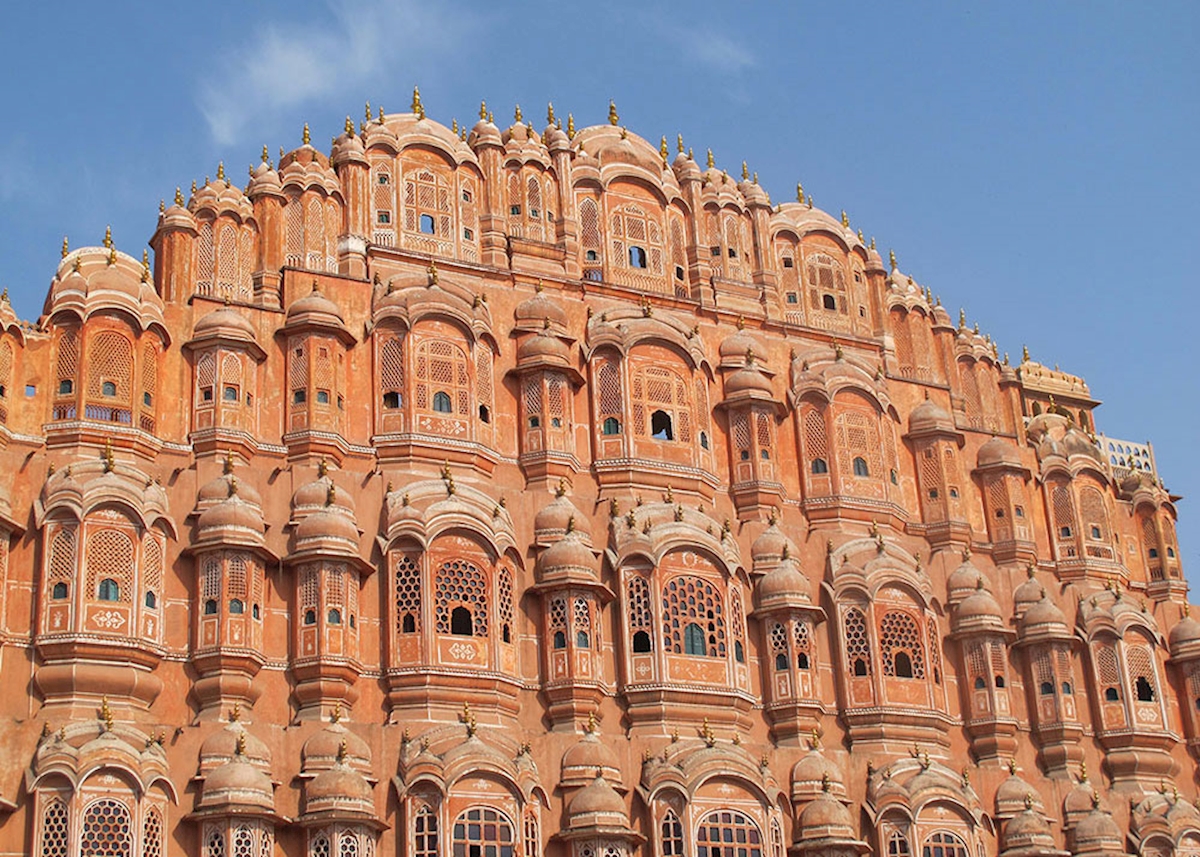 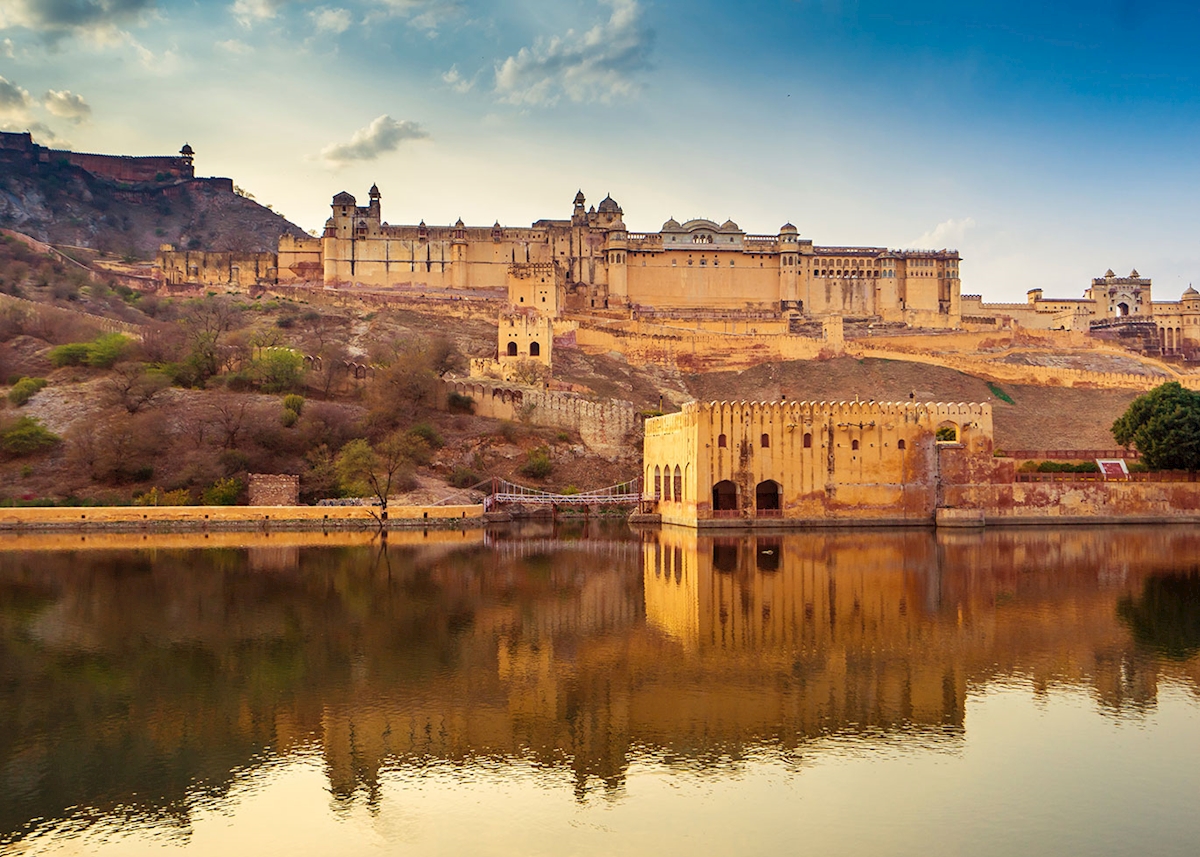 One of the unforgettable sights in Jaipur is the Palace of the Winds (Hawa Mahal), built in 1799 so that royal women could observe festivities without being seen by the public. Another site not to be missed is the remarkable 17th-century Amber Fort Palace that lies on top of a hill just outside the city. The group visited this majestic fort in the series, and its winding walkways are often likened to the Great Wall of China. The spectacular sights of Jaipur are best visited between October and March to enjoy the Pink City in the long, cool evenings.

After an entertaining five hour train journey from Jaipur to Agra, the group were rewarded with their first glimpse of one of the world’s most beautiful buildings, the Taj Mahal. The group are overcome with emotion, only proving that the stunning monument exceeds anything you could possibly expect. The majestic domes and beautifully carved columns of the Taj Mahal are reflected in the landscaped pools to create one of the world’s most iconic views. 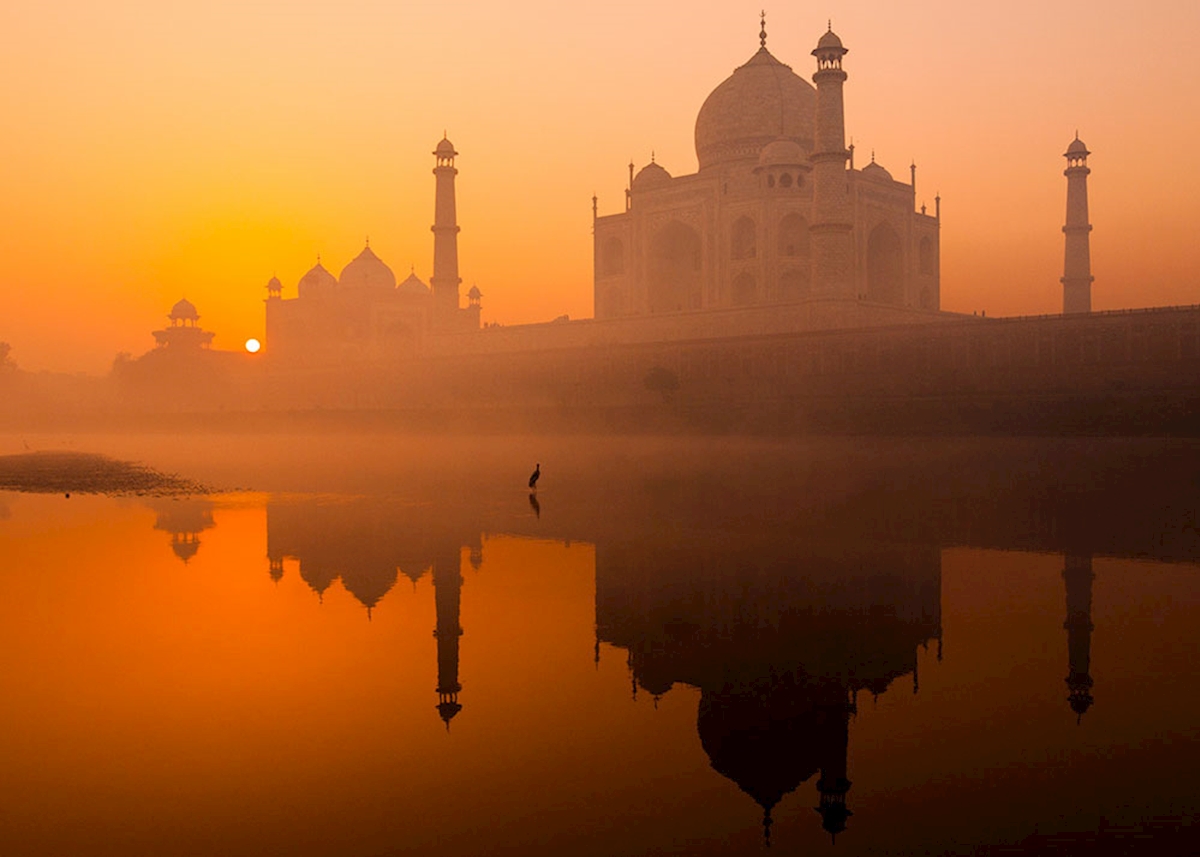 The Taj Mahal at sunrise 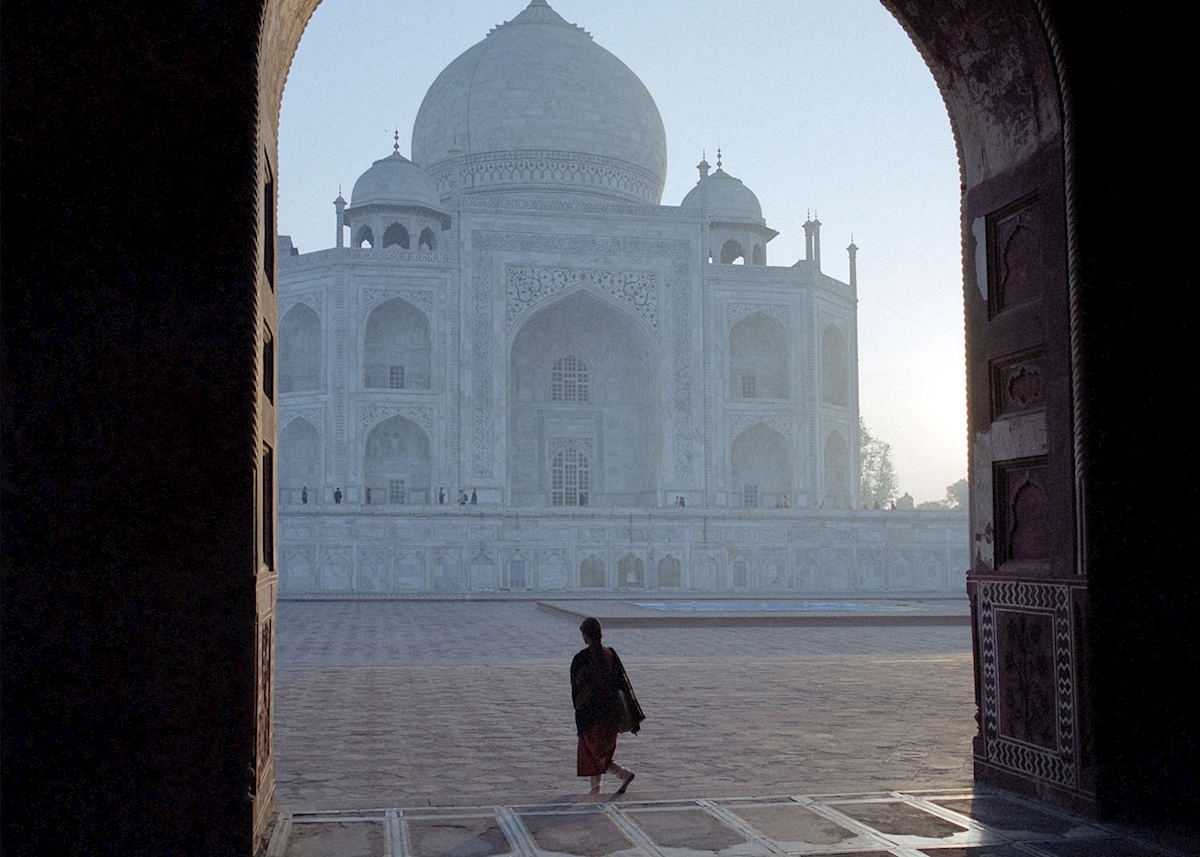 The Taj Mahal through an archway

You can understand why millions of visitors make this journey each year to see if the magnificent mausoleum is as impressive as its reputation suggests. While the Taj Mahal is breathtaking at any time of the day, the true magic happens as the sun rises and casts a soft pink light across its elegant façade.

A great way to get under the skin of India is through its incredible railway system. There are two main ways to do this, which prove drastically different experiences. The hustle and bustle of the suburban trains are exactly what you’d expect and more. If you thought the London tube at peak times was busy, Indian trains take this to a whole new level. The stations and carriages are incredibly crowded and present a tiring and sometimes stressful journey. As such, we recommend embracing the chaos once but relying on other forms of transport to get around. 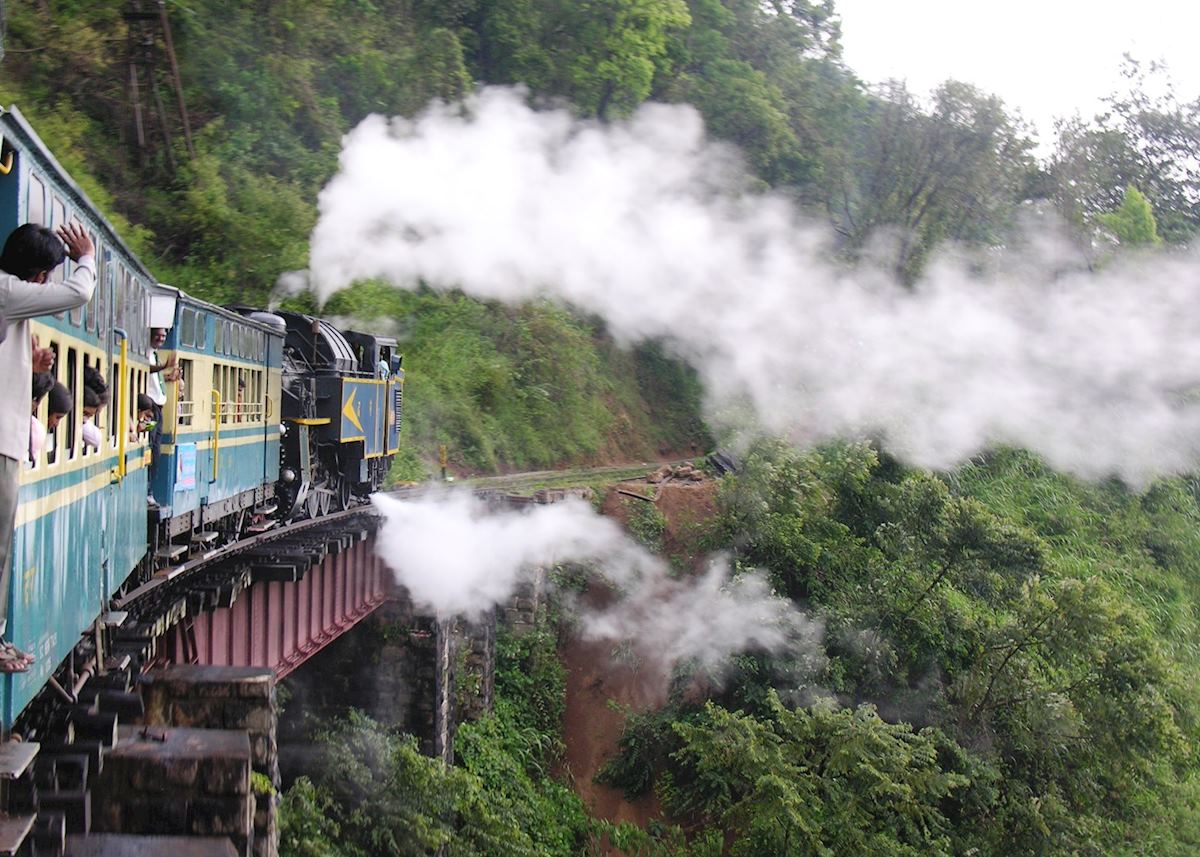 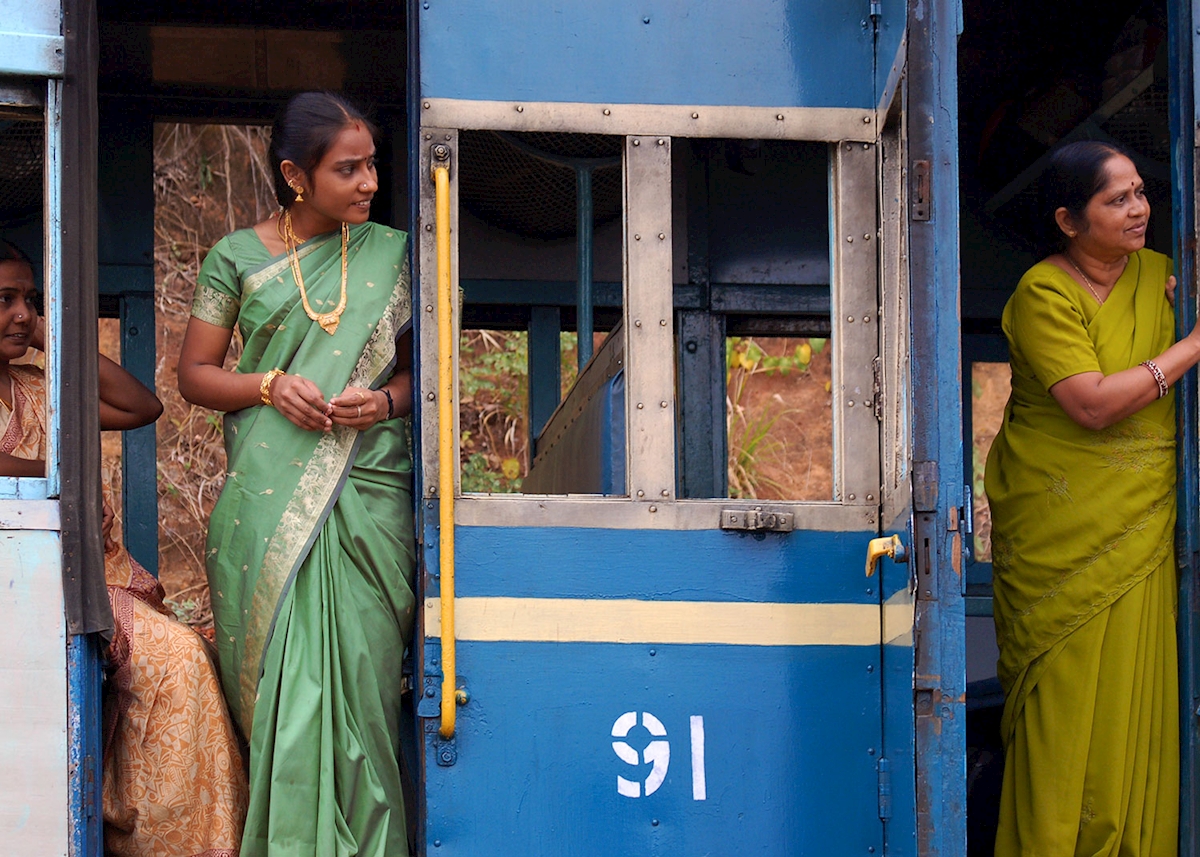 India’s luxury trains, however, couldn’t be more different to their suburban relatives. Seats need to be reserved in advance and are best included as part of a longer itinerary. The Palace on Wheels takes you to all of Rajasthan’s highlights in comfort and style and consists of 14 saloon coaches, complete with a restaurant and a lounge car. Finally, the ‘toy’ trains, which travel the hills around Shimla, Darjeeling and Ooty, are the perfect choice for railway enthusiasts who want to sit back and enjoy the views.

Varanasi and the holy River Ganges

India’s oldest city has attracted large numbers of pilgrims and worshippers for over 2,500 years. The main draw of Varanasi is the holy River Ganges and the ghats (or bathing steps) that provide a real insight into India’s spirituality and the extremes of Indian culture, which isn't to everyone's taste. Dawn is a great time to see this colourful city wake up. You can float along the river in a small rowing boat as the ghats start to fill with worshippers bathing, washing away their sins, cremating their dead and making offerings to the sacred goddess Ganga. 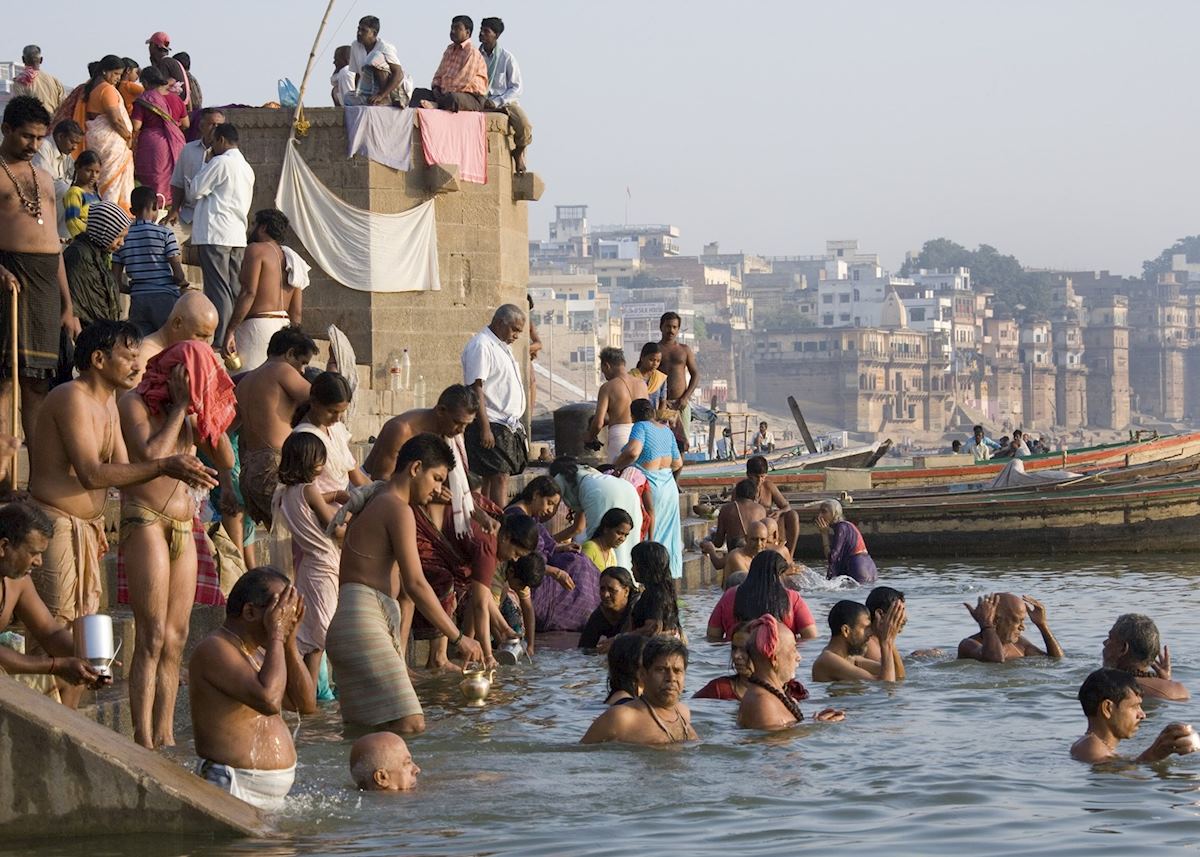 Devotees at the Ganges, Varanasi 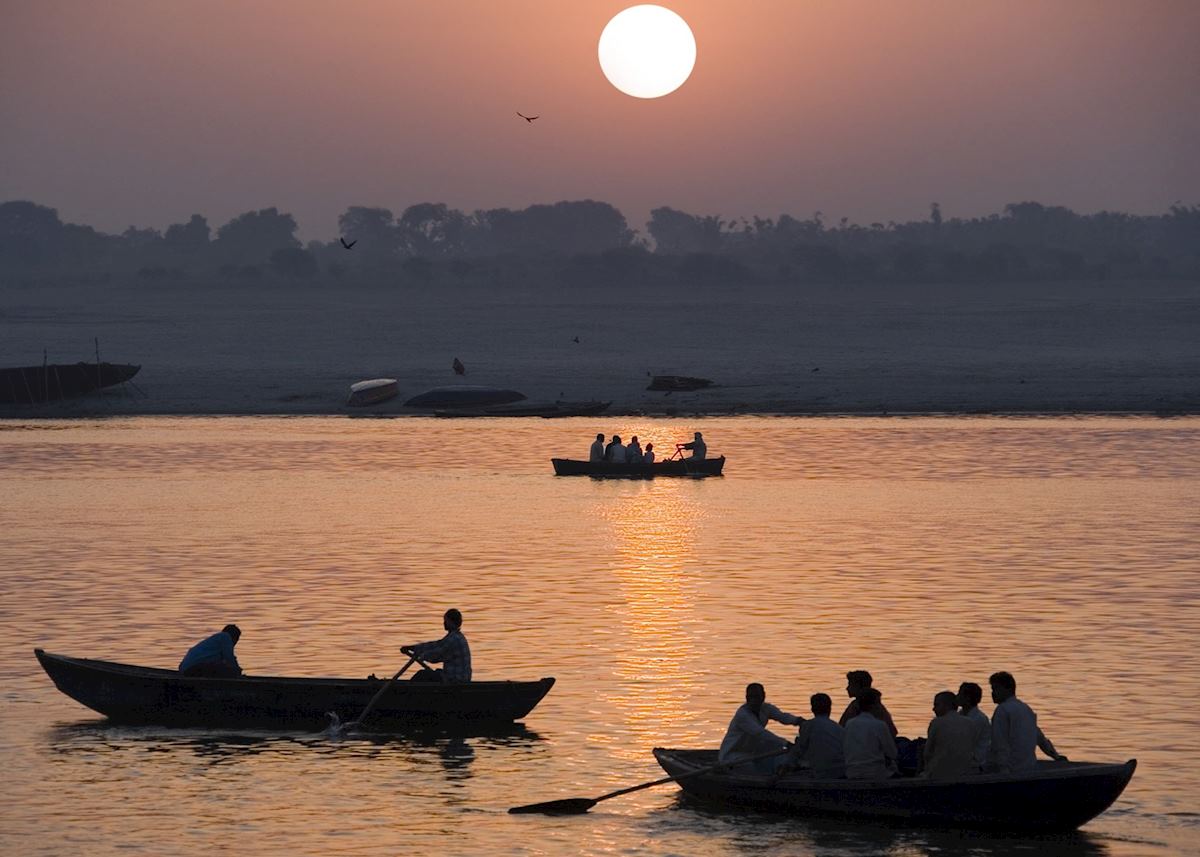 Sunset over the Ganges, Varanasi

Evenings are lively too, when the ghats fill for the Ganga Aarti, a ceremony where priests line up holding large fire bowls in their hands. The air fills with incense while the sounds of gongs and chants ring out. Small candles and flowers are offered to the river as a symbol of hope and to give thanks to the Ganges for being a source of life and prosperity. We'd recommend a guide who can direct you through the narrow alleyways with their hidden temples, markets and shops, and explain the concepts of death and rebirth.

The series saw the group embracing the wonderful food that India has to offer - from eating typically Indian breakfasts, which might consist of roti (flatbread), dosas (thin crepes made of lentils) or idlis (steamed rice-dough pancakes), to shopping at Jaipur’s local markets where there’s an eclectic range of produce on offer.

There are many other ways to immerse yourself in India’s cuisine, but we think one of the best is a unique experience in Jodhpur where you'll join a local family in their home and see them prepare a range of traditional Rajasthani dishes. You can choose to be hands on and help out with the chopping and cooking, or simply observe, soak it all up and ask questions to the warm, welcoming hosts. The best part? Sharing the delicious dishes with the family at the end of the evening. 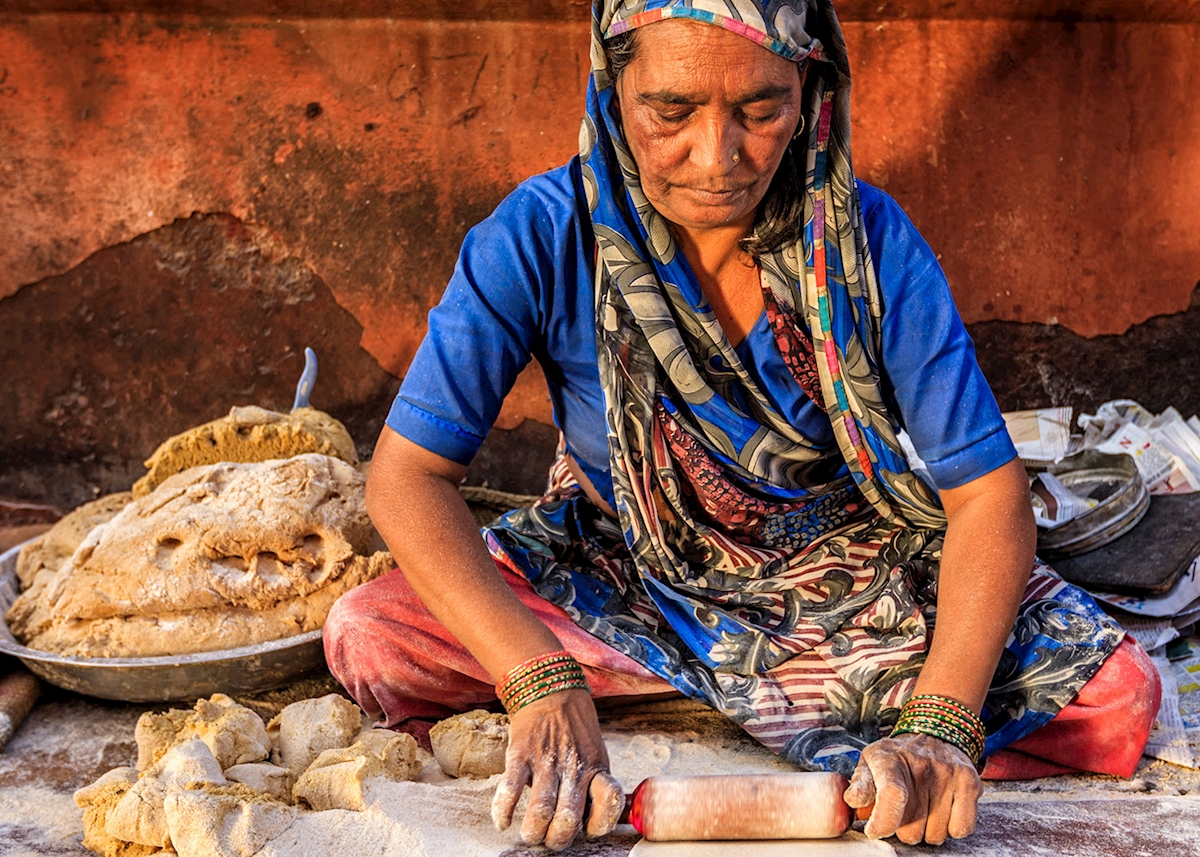 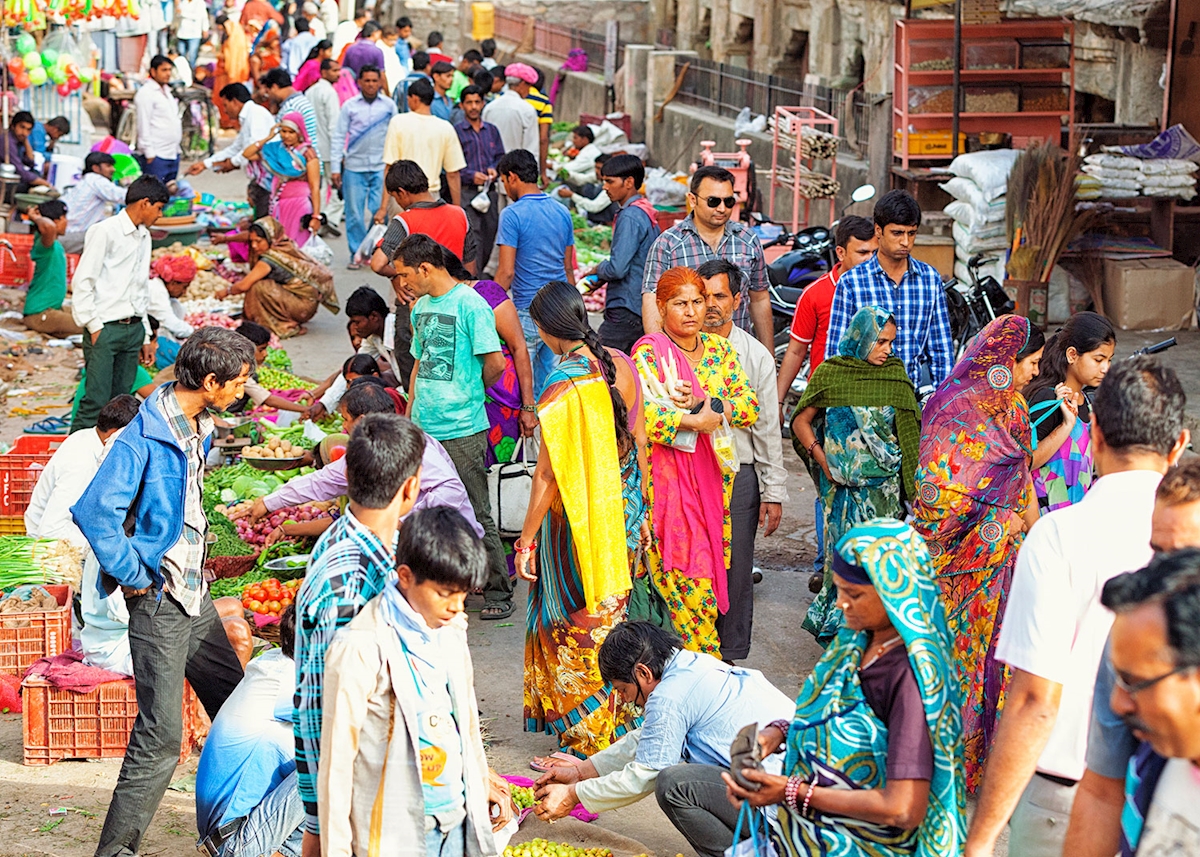 Other experiences we’d recommend are: an evening walk through Jaipur’s streets to see local craftsmen’s workshops and sample some of the city’s most notable dishes; a cookery lesson in Tellicherry where first you’ll select your ingredients from the local fish market; and a food and photography breakfast tour around the lively streets of Calcutta.

Plan your trip to India 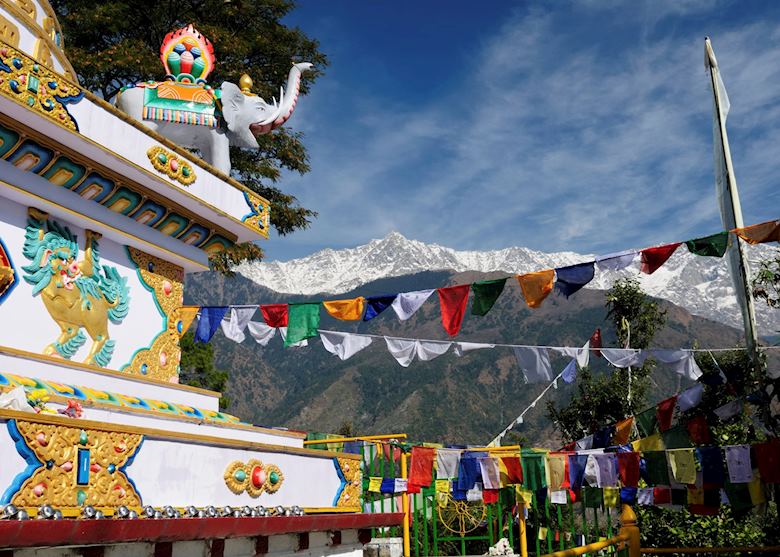 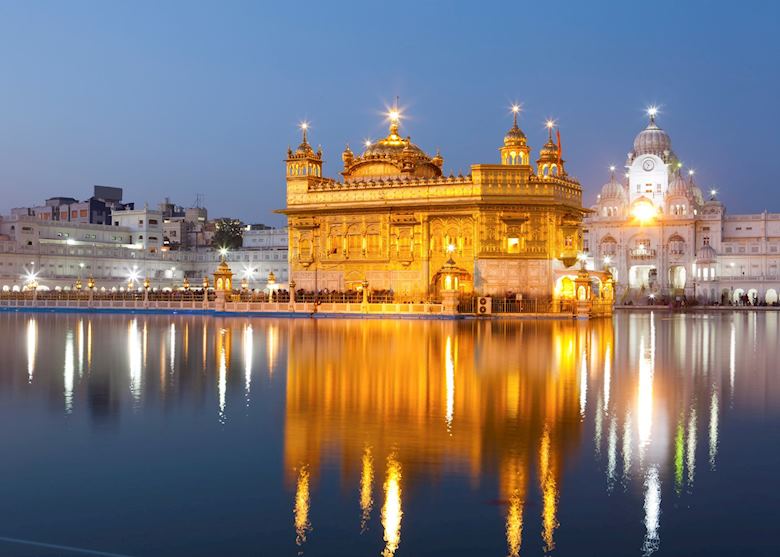 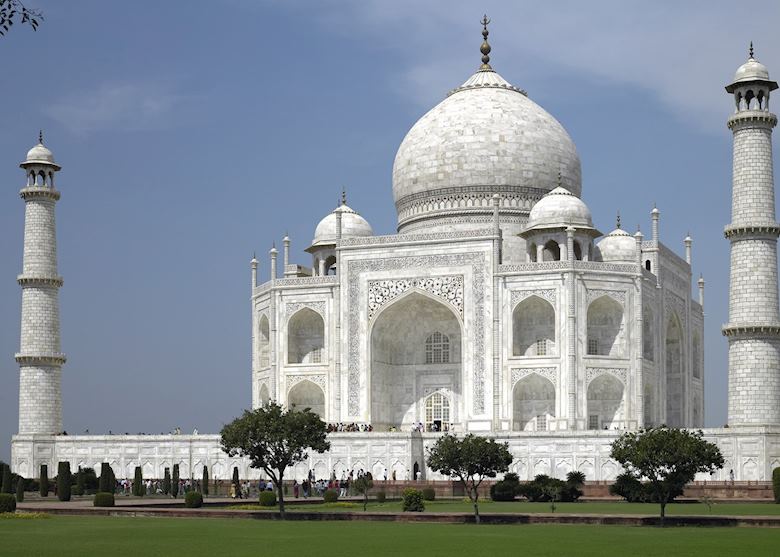