In 1616 the Portuguese built a fortress at the mouth of the Amazon delta to defend its interests in Brazil against British, French and Dutch colonisation attempts.

However the discovery of rubber and its importance in the 19th and early 20th century caused Belém to boom. It was during this time that much of Belém's colonial buildings were constructed. It was also during this period that Emilio Goeldi founded his famous ecological museum, today the most important research centre into the natural history of the Amazon Rainforest.

On the riverfront is the famous 'Ver o Peso' market selling everything from medicinal plants to natural loofahs. It's a must for any visitor to the city for its atmosphere alone but pick pocketing is unfortunately relatively common. 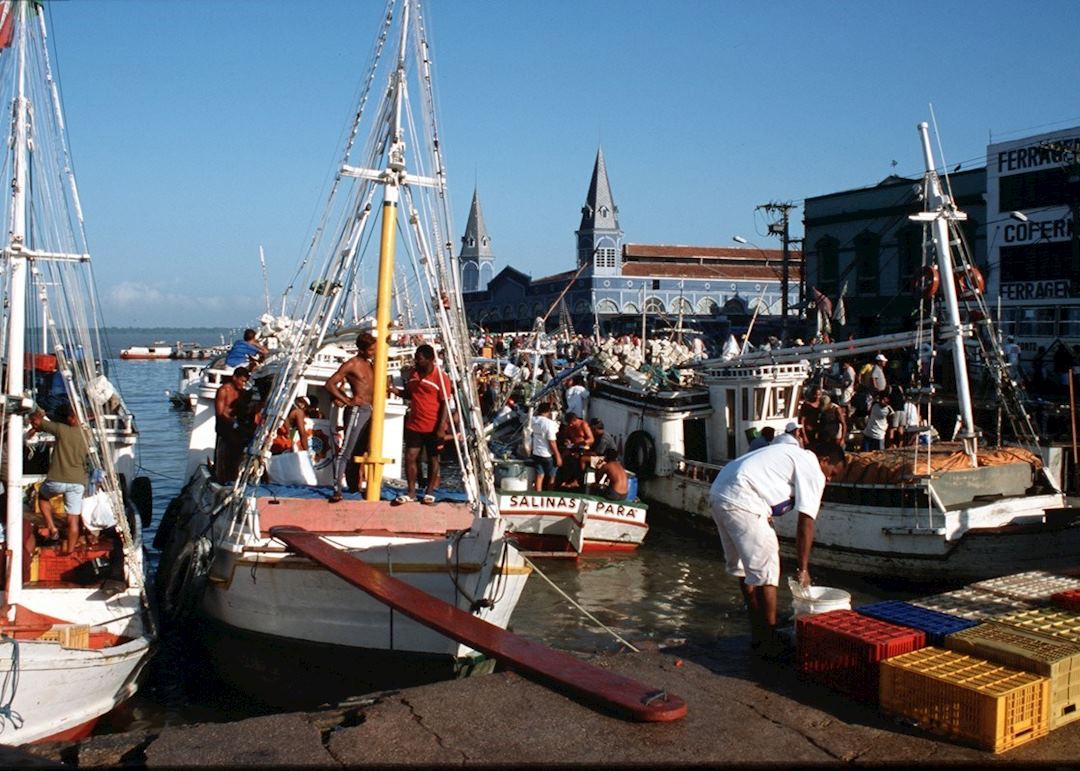