Wild, remote and fiercely protected, Fernando de Noronha is a tiny island located far from the mainland of Brazil. If you make the long trek out into the blue waters of the Atlantic, you can snorkel among its abundant sea life, stroll through the tropical interior and laze on some of the world’s best beaches. Access and development are both strictly controlled to preserve the island’s untamed nature, which means you’ll find only a few other visitors and a handful of small hotels here.

Technically, Fernando de Noronha is just the largest of a 21-island archipelago located 525 km (326 miles) from Recife, on Brazil’s northeast coast. Because it’s so remote and takes such effort to reach, we suggest allotting at least four days to visiting, making it a relaxing coda to a busy Brazil trip. 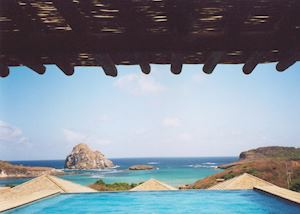 Much of the island, as well as all of the surrounding islets and waters, is encompassed by the Parque Nacional Marinho de Fernando de Noronha, Brazil’s first-ever national park. That designation means severe restrictions on the number of visitors, who must all pay a daily tax to help support the environmental efforts here. It also means complying with regulations on visiting the outer islands, or the wearing of sunscreen in sensitive areas.

All these rules, however, pay off: Fernando de Noronha has some of the best snorkelling and diving in the world. You’ll enjoy exceptional visibility thanks to the crystal-clear waters — sometimes as much as 45 m (150 feet) — and an ecosystem that teems with life.

Giant shoals of fish wheel in darting clouds of silver, blue or even neon green. Rays and skates flutter over the sandy sea floor, turtles paddle serenely under the waves, and lemon and nursing sharks cruise silently through the water.

If you prefer sand to surf, the north side of the island is lined with wide, soft-sand beaches that are regularly ranked as the best in the world by enthusiasts. They are all smooth, sweeping stretches of softly sloping golden sand lapped by crystalline emerald and turquoise waters, rising into dense green jungle. There are rarely more than a handful of other people on any given stretch of sand, so you’re likely to have a beach all to yourself at least once during your visit.

Choosing the best beach is a matter of personal preference — and part of the fun of visiting. However, if we had to pick just one, we’d suggest Praia do Atalaia, where the deep-blue water has been tamed into shallow, calm pools thanks to an offshore volcanic shelf. Sunscreen is forbidden to protect the delicate ecosystem and only a few dozen people are allowed on the beach at any given time.

There’s also petite Baia dos Porcos, while Praia do Leão is the widest and wildest of the beaches. 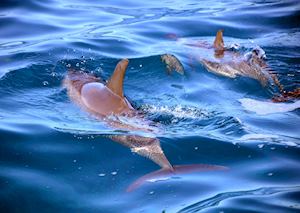 If you wake up early and take a taxi to Mirante dos Golfinhos, you can see the joyous, dancing display of the densest population of dolphins in the world. Around sunrise, huge pods of spinner dolphins suddenly put on a performance — there’s really no other word for it — with hundreds of them skimming across the waves in close formation, their sleek grey bodies leaping and plunging. They earned their name because they often breech from the water to spin wildly in the air like aquatic ballet dancers, sometimes even tumbling into mid-air somersaults.

In addition to dolphins, the island’s wildlife also includes myriad bird species, from the dowdy brown booby and elegant white tern to several different herons and pelicans. Endemic species include the Noronha elaenia, a slight dun-brown bird with a small but sharply peaked crest.

If you go for a walk along one of the many sandy trails criss-crossing the small island, you’ll also see whip-tailed mabuya lizards scuttling through the dense greenery. It’s easy enough to explore the interior on your own — it’s a small island and hard to get lost — but if you’d like a more in-depth experience, we can arrange for a naturalist guide, too.

Sea turtles are common here, too, and often lay their eggs on the island’s beaches. When you arrive, we recommend visiting the open-air museum operated by Projeto Tamar, a non-profit that works to preserve the sea turtle population. If there’s an imminent hatching, they can let you know when it is so that you can watch.

Thanks to the regulations, there are just a handful of pousadas (small hotels) on the island, all of them small and built to blend in with the surroundings. If you arrive on the morning flight from Recife, we suggest checking in and then taking a driving tour of the island to get your bearings.

After that, your pousada’s concierge can arrange outings like boat tours of the outer islands, horse riding, or renting a kayak. Or, you can spend your days exploring or soaking up the near-equatorial sun.

You can eat at your pousada, but if you’d like some variety, visit the one small village on the island. You’ll find a clutch of good restaurants that serve impeccably fresh seafood, albeit at fairly steep prices.

If you insist on constant sunshine for your visit, go between September and December, when you’ll have no rain and very hot temperatures. If you’re willing to chance the occasional ferocious cloudburst, you’ll find slightly lower temperatures (and prices) between May and July. 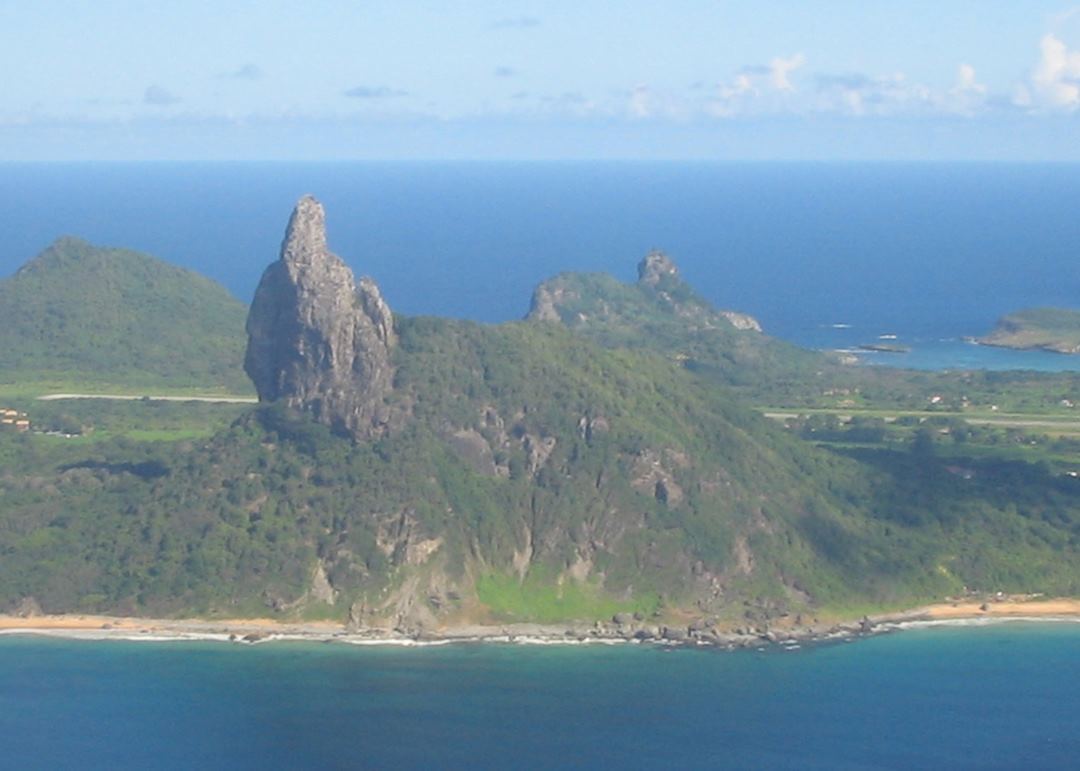 We’ve selected a range of accommodation options for when you visit Fernando de Noronha. Our choices usually come recommended for their character, facilities and service or location. Our specialists always aim to suggest properties that match your preferences.