Our hand-picked local guides are a key ingredient to our trips. As Asia is where we made our humble beginnings, each year we invite our most celebrated guides to a special weekend in a chosen city in the continent.

This year was the turn of Yangon, with guides from India, China and all points in between convening at the old Burmese capital to celebrate their outstanding achievements over the past 12 months. 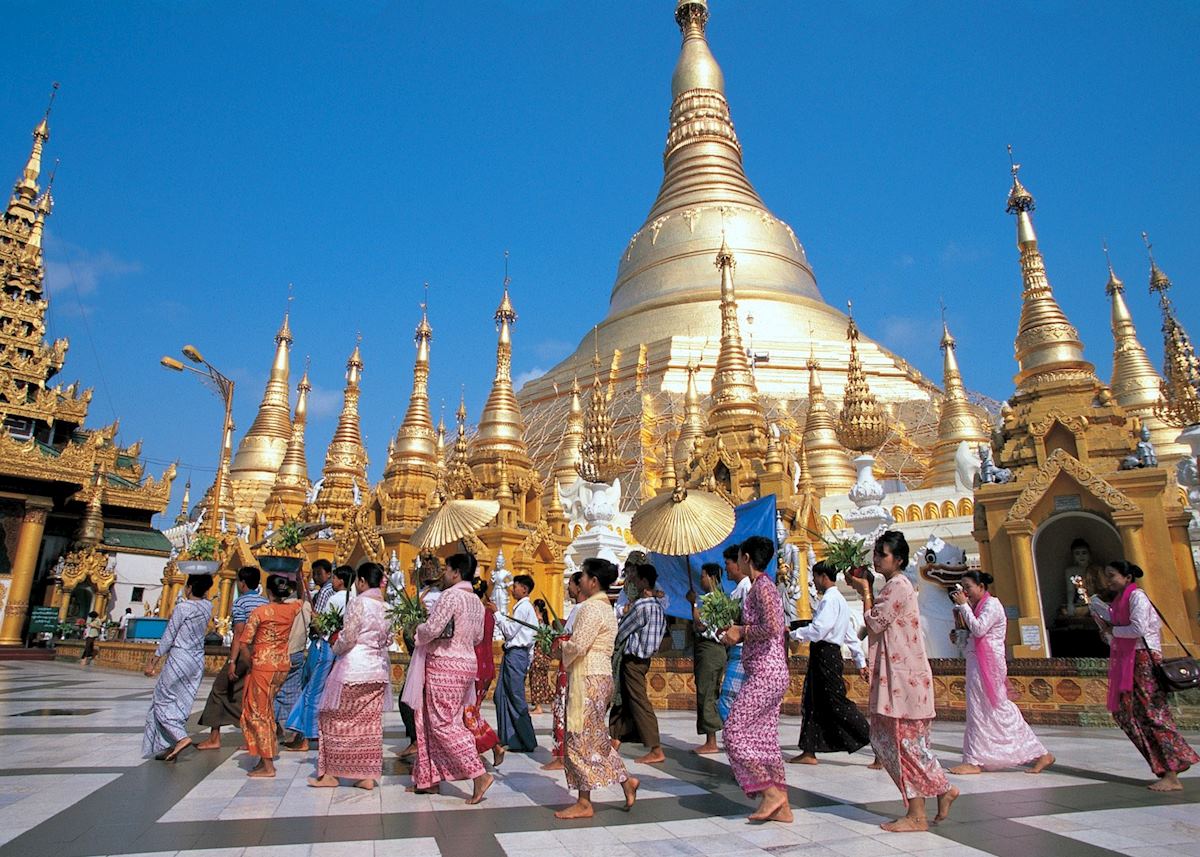 Southeast Asia specialist Mark recalls the highlights of the event...

As the early evening monsoon rains bombarded the dusty streets outside, the noise inside the Rangoon Tea House was doing its best to compete. The evening was reaching its climax and the karaoke microphone was taking some serious punishment. As the two Thai guides, Anon and Chai, combined forces to belt out a stirring rendition of a Lionel Richie classic, no one was paying much attention to the downpour outside.

This was the final evening of the 2016 Audley Travel Guide Awards and the assembled cast were making sure it was marked in style. The setting, the Rangoon Tea House, is a brand new eatery in Yangon, announcing new standards in dining in Burma by taking a contemporary and organic twist to traditional Burmese cuisine.

The owner, Htet Myet Oo, has recently been named as one of Forbes ‘30 Under 30’ people to watch in Burma for 2017. The converted colonial tea house wonderfully reflects the old Burma in its high ceilings, white-washed walls and heavy ceiling girders, but firmly embraces the new era of life in Burma too. 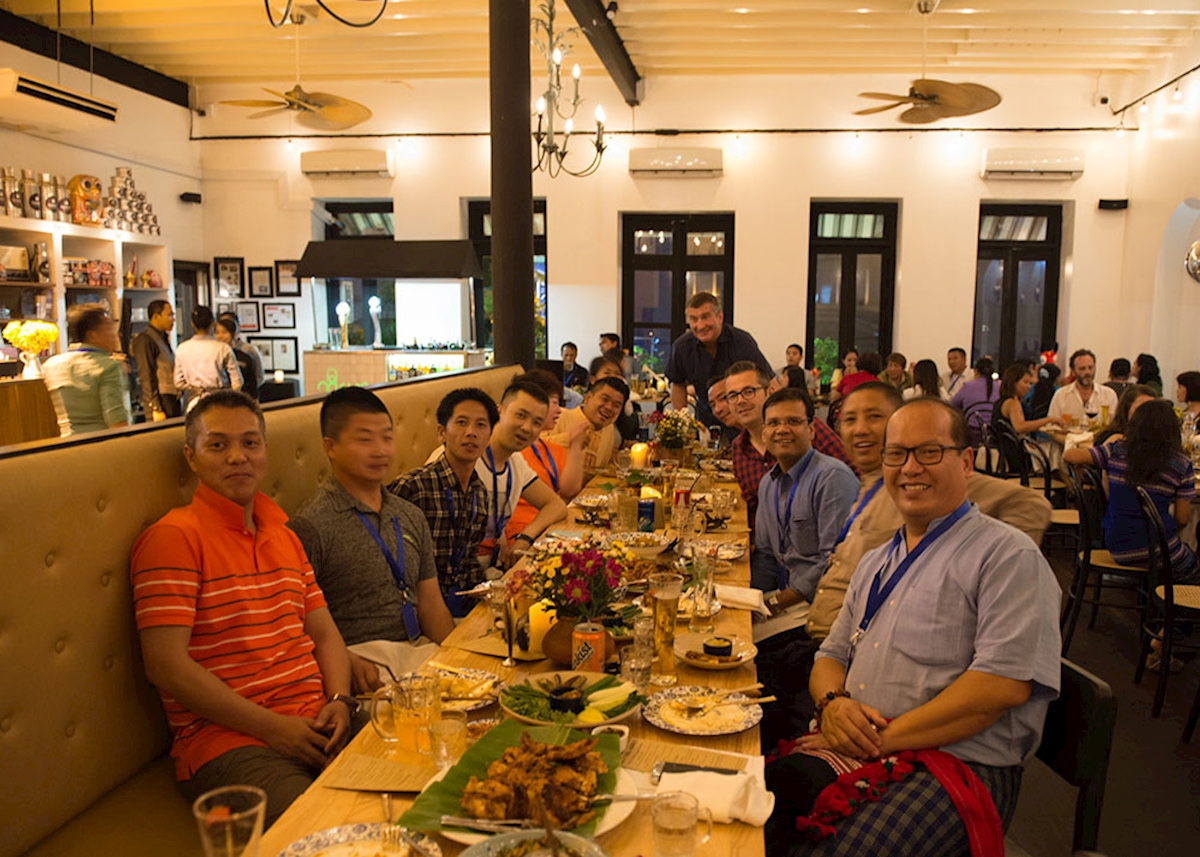 The guides at the Rangoon Tea House

The menu, which included deconstructed salads, new takes on goat curry, exotic mocktails and a wide range of other enticing creations, perfectly echoed the owner’s ambition of marrying old with new. The old and the new present a fascinating mix everywhere you look as Yangon, and Burma in general, moves through an exciting new phase in its history. The city was the ideal backdrop for this year’s Guide Awards, coinciding with Audley’s 20th anniversary.

For many of our guides it was the first time they had left their own country, and the Guide Awards provided a great opportunity for them to learn from each other, swap stories and experience new cultures.

As the guides began to arrive on the Friday, the excitement started to build. Our local ground agents in Burma, Tour Mandalay, had arranged for a welcome meal that evening at a popular Audley haunt, the Padonmar Restaurant, and a couple of coaches were lined up ready to bus us all from the hotel to the venue. 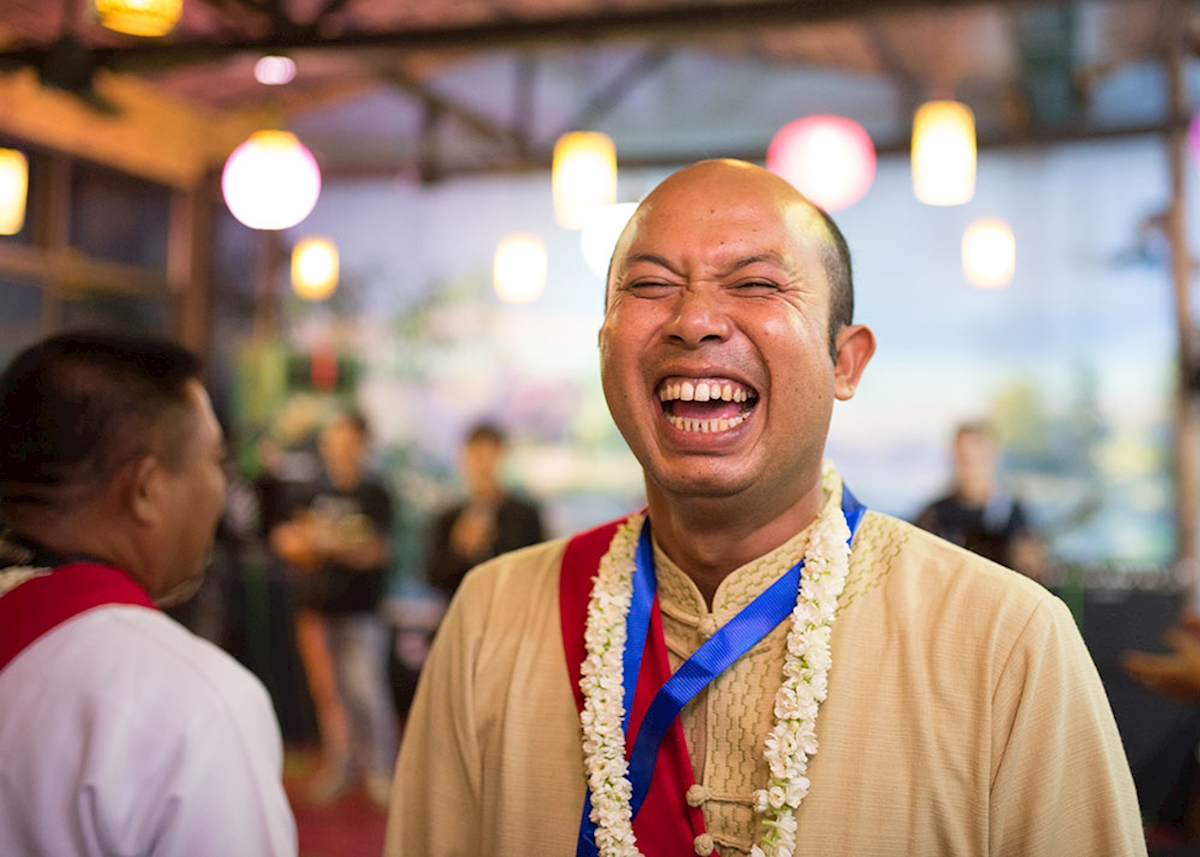 As everyone got together, it was great to meet so many guides from so many different countries. Some I knew from my own trips, but most were new faces but with familiar names. Many of the men, me included, were sporting traditional longyis, presented by Tour Mandalay as a welcome gift. I marvelled at how easily some of the men were able to tie it. I wasn't so confident, until my old friend Yan, a fantastic guide from Mandalay, came to my rescue and tied it properly for me.

The evening began and speeches soon gave way to a sumptuous buffet of traditional Burmese food, it seemed cruel to keep the guides hanging on any longer. We called them one by one to the stage to receive their award from the Audley Travel Chairman, Richard Prosser, along with a personal certificate - not forgetting, of course, the essential photo opportunity.

Some guides revelled in the limelight and worked the room brilliantly, absorbing the camera flashes and cheers as though born to face the paparazzi, others were much shyer and took a more demure approach to it all. All of them though were visibly bursting with pride and delight, and one thing is guaranteed - if you get one of these guides on your next trip with Audley, you will be shown their certificate and told all about it! 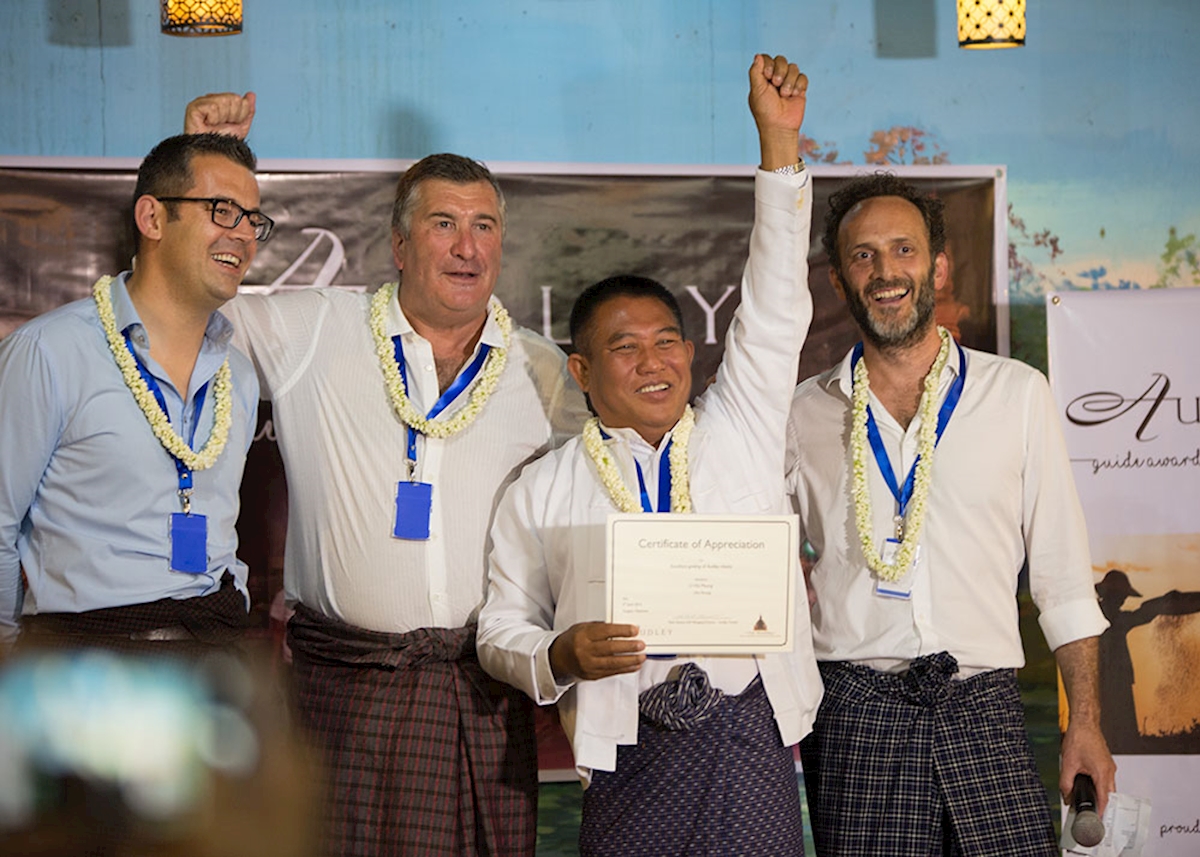 After a series of group photographs, the entertainment began as a band of local musicians, most of whom were ex-guides, started drawing people to the dance floor with some interesting renditions of well-known western pop songs and a collection of Burmese classics. As the Mandalay Sours went down and the music volume went up, it wasn’t long before everyone was strutting their stuff. 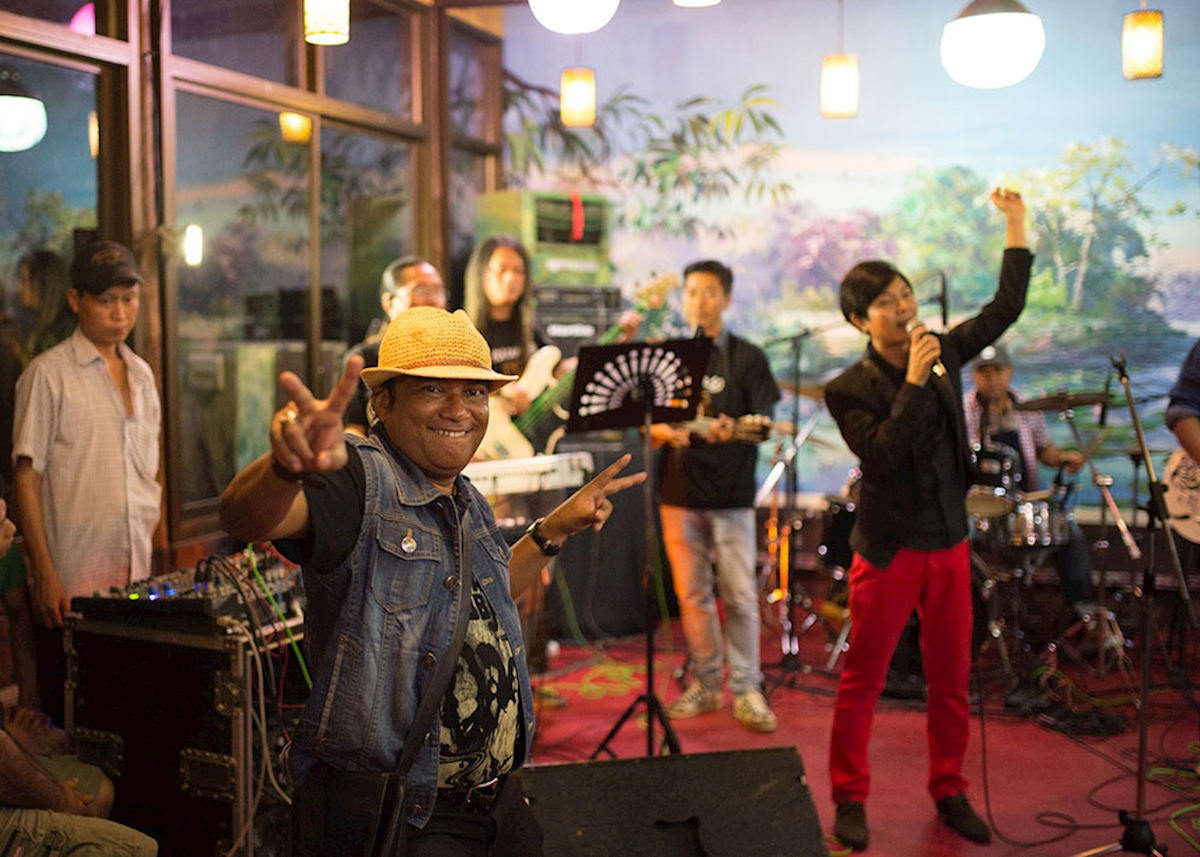 The evening gets into full swing

The following morning we all headed out for a tour of Yangon’s highlights, starting with the stunning Shwedagon Pagoda. As we walked around the base of the enormous golden stupa, it was wonderful to see the pride of the local Burmese guides, as they showed off their country’s most impressive, and most sacred, site. Indian guides versed in the beauty of the Taj Mahal, Indonesian guides brought up on the wonders of Borobudur, and Cambodian guides with the majesty of Angkor Wat in their blood, all stood in reverent silence at the foot of the temple. 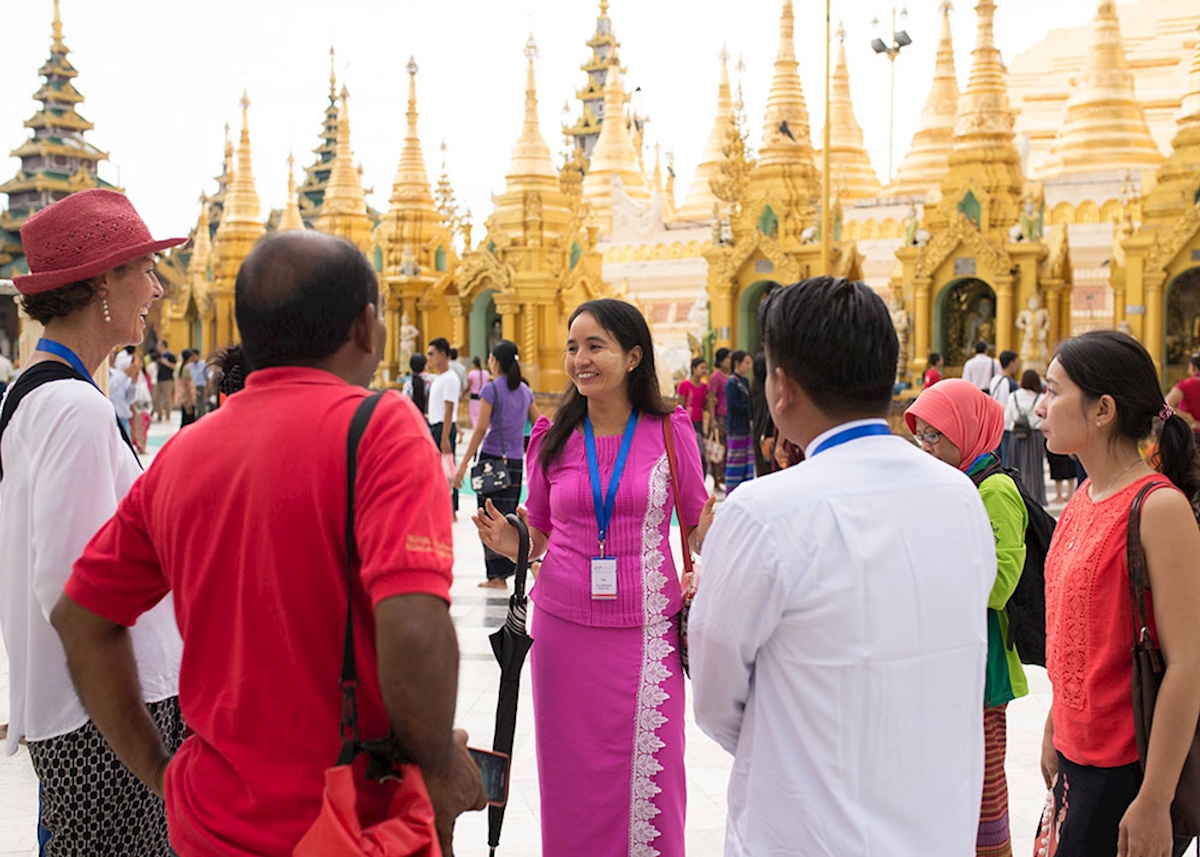 Guides at the Shwedagon Pagoda

After lunch back at the hotel, we opened the afternoon workshop. In a room full of the best guides from across Asia, it would be churlish to stand there and tell them how to be a good guide. The workshop, instead, was more of a collaborative session.

We first shared with them a brief history of how Audley began, as many were unfamiliar with the story of the two-man show run from a room above a post office in Northampton. This story brought in some of the many awards Audley has won, focusing on a few that we are particularly proud of, such as the Responsible Travel Awards and the Friend of Thailand Award from the Tourism Authority of Thailand.

We then asked the guides to share a top tip on how to enhance a travel experience and for their thoughts on what Audley could do to assist them in their jobs, to help them give our clients the best possible trip. This generated some wonderful ideas and we shall be incorporating many of them in the season ahead. 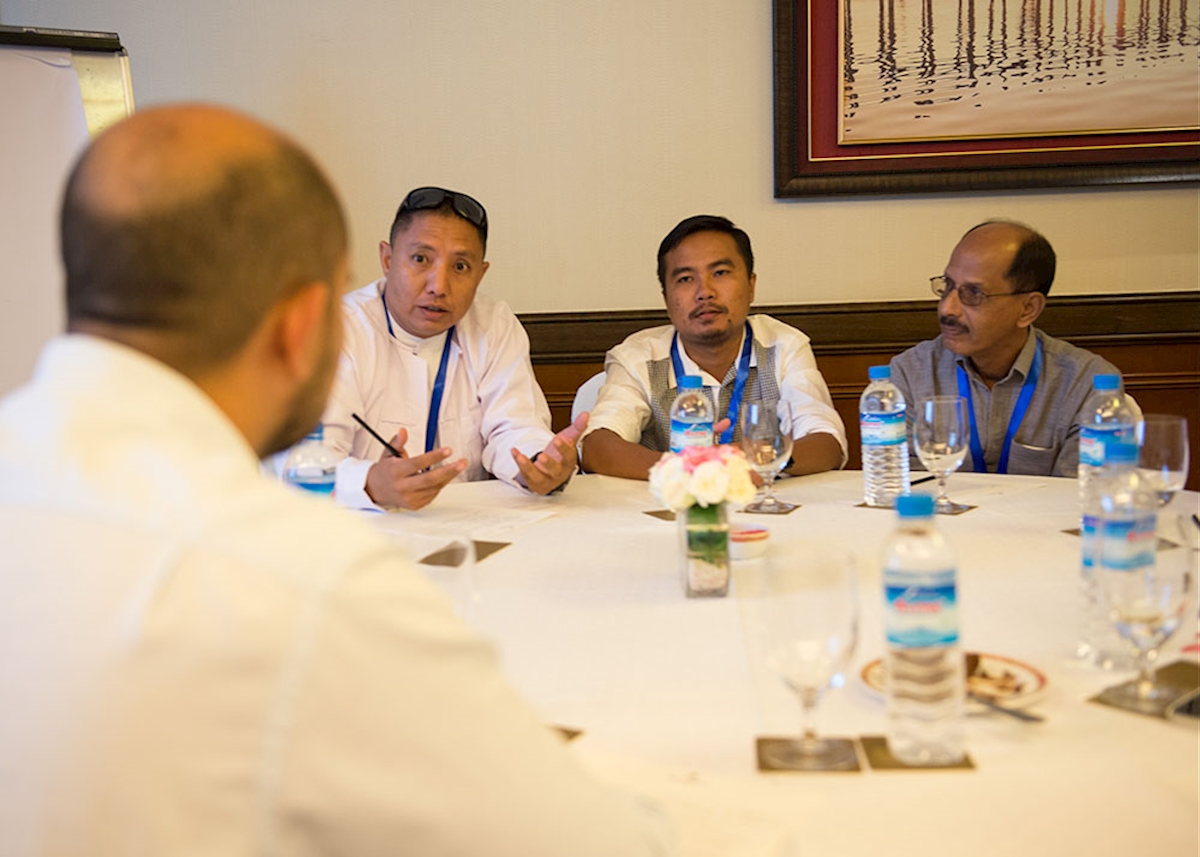 Guides from India, Burma and Cambodia at the workshop

Richard Prosser closed the afternoon by congratulating and thanking everyone again and reaffirming the vital role our guides play in Audley's success. There was then just one last thing to do. A few short hours later we were all in the Rangoon Tea House enjoying our farewell meal together as the monsoon rains erupted outside. As soon as the karaoke machine was trundled out a sudden extra burst of vitality seemed to fill the room as the guides vied to get their names down to sing.

I was a little more reluctant, not being blessed with a natural singing voice and being only too aware of it. But, as the evening progressed, I couldn’t help but get swept up in the tide of enthusiasm and fun. Ironically, I ended up selecting the very last song of the night. Not wishing to deprive people of the chance to join in with me, I went for Queen’s ‘We Are the Champions’. Within two lines of the song the whole room was joining in with me. A very fitting way to end a wonderful weekend. 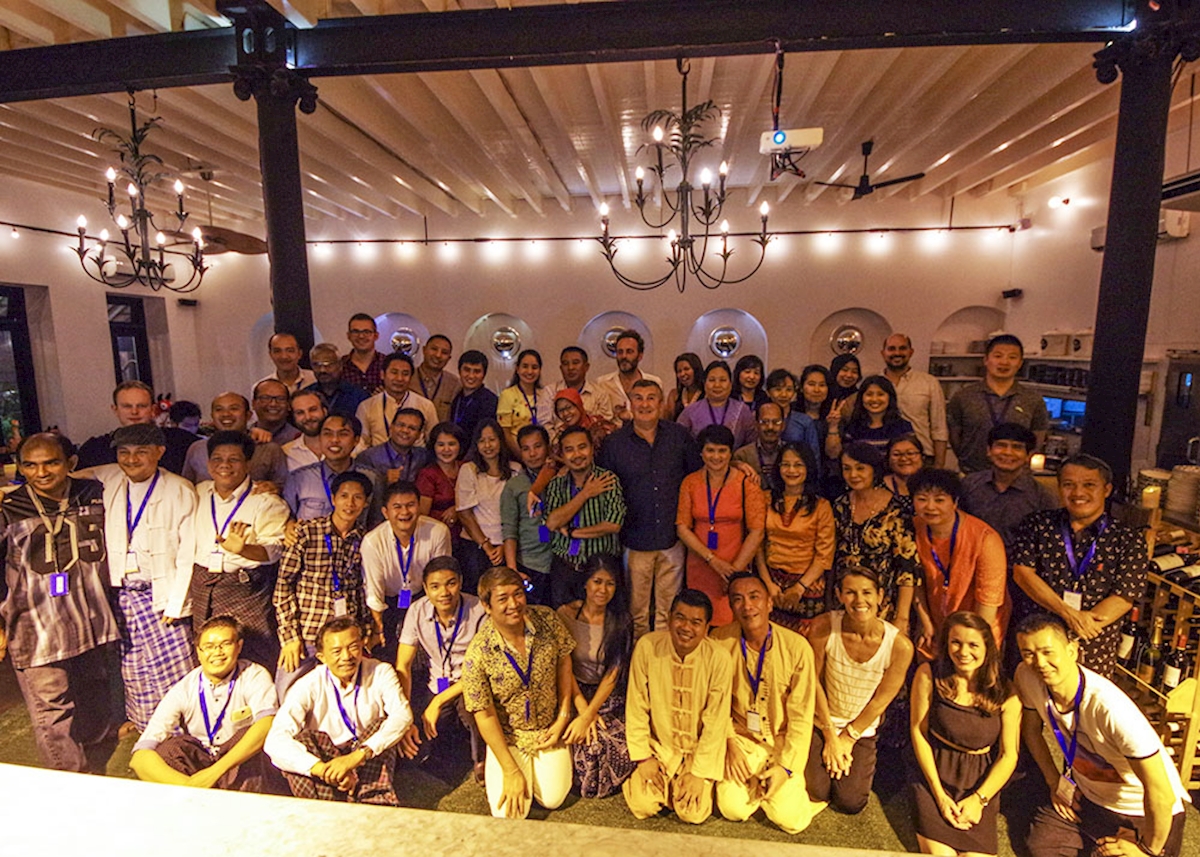 The best guides in the business