Xian beyond the Terracotta Army

Xian is much more than a satellite city for the Terracotta Warriors. Its heart is a neat rectangle rimmed by 12th-century Ming dynasty walls and a dry moat. This well-preserved remnant of Old China hems in a modern, pulsating city of shopping malls and wide boulevards, and all the usual signs of encroaching globalization (think Western chains). But amid this, several vestiges of the city formerly known as Chang’an survive: the souq-like lanes of the Muslim Quarter, for example. Meanwhile, in the farming villages of the Loess Plateau outside the city, Western visitors are still a novel sight.

With its excellent high-speed train links, Xian can be easily visited as part of any trip to China — even on a relatively simple itinerary. Choose to add on an extra day or two in Xian, and you can experience all of the activities we describe below.

Food tours of the night market in the Muslim Quarter 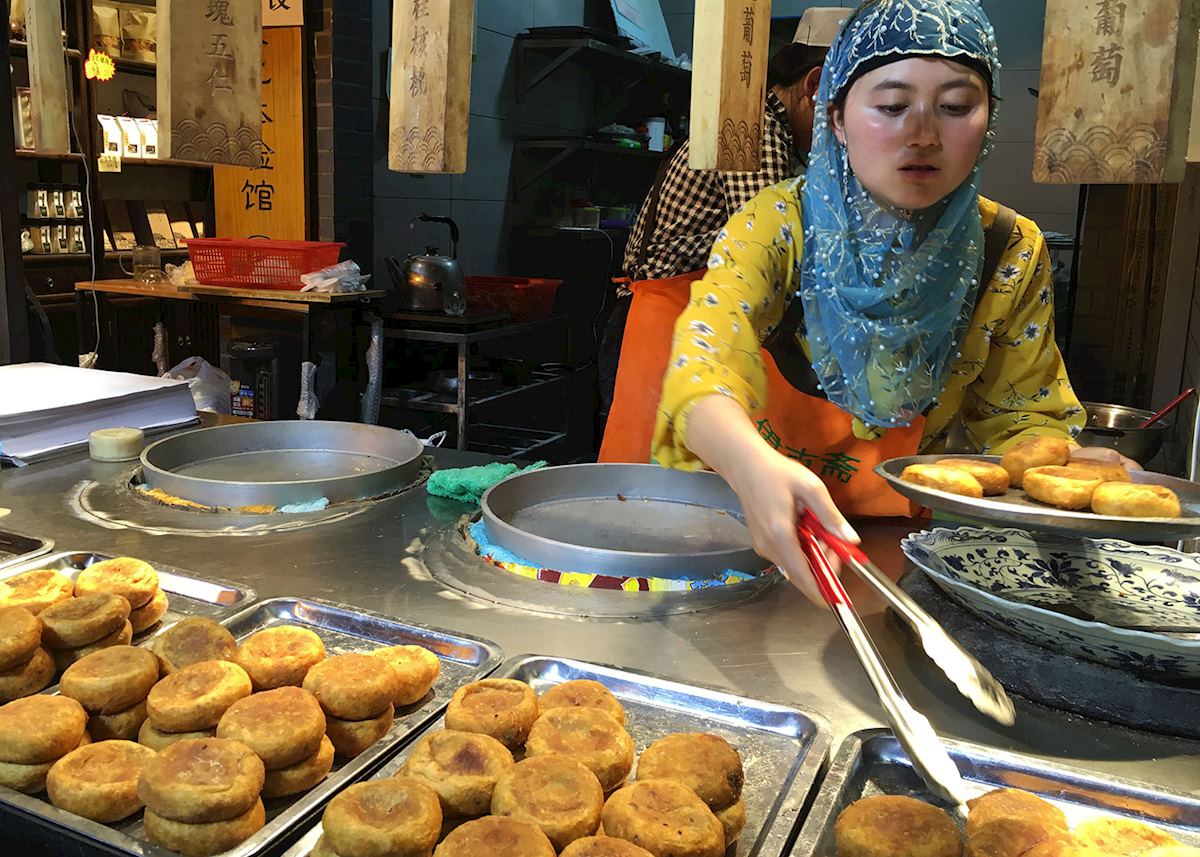 Persimmon cakes for sale in the Muslim Quarter

Xian’s central grid of streets is dominated by the Ming Drum and Bell Towers, while traditional Chinese ‘lucky’ knot decorations embellish the lampposts. But, hidden amid all this is somewhere closer to a Moroccan medina than China.

The Muslim Quarter, a narrow web of streets behind the Drum tower, brims with piles of spices and steaming food stalls come nightfall, recalling Xian’s heyday as the terminus of the Silk Road. For centuries, it’s traditionally been home to the city’s Hui population (non-Uighur Chinese Muslims).

There’s no better way to throw yourself into Xian’s multicultural food culture than to take a guided food-tasting tour of the quarter (and, you can ride in a tuk-tuk, meaning you can cover more ground). At dusk, the lanes of butchers’ shops, trinket sellers and small, tucked-out-of-sight mosques become illuminated with neon signs screaming food vendors’ wares. The stream of pedestrians steadily increases as locals and visitors alike head out to grab dinner or snacks on the go.

Among the dishes piled up by the streetsides you’ll see broiled goats’ trotters, fried squid, persimmon cakes, tofu, lamb kebabs as long as your forearm (and slathered in chilli), fresh juices, yoghurts and shiny lollipops made out of ruby-red haws, the fruit of the hawthorn.

Along with roujiamao (a fried pork-and-pitta-bread hamburger, although beef is used in the Muslim Quarter), I’m partial to yangrou paomo. It’s a bowl of broth and mutton in which you add shredded crumbs of pitta bread.

Touring the plateau villages in a 4x4 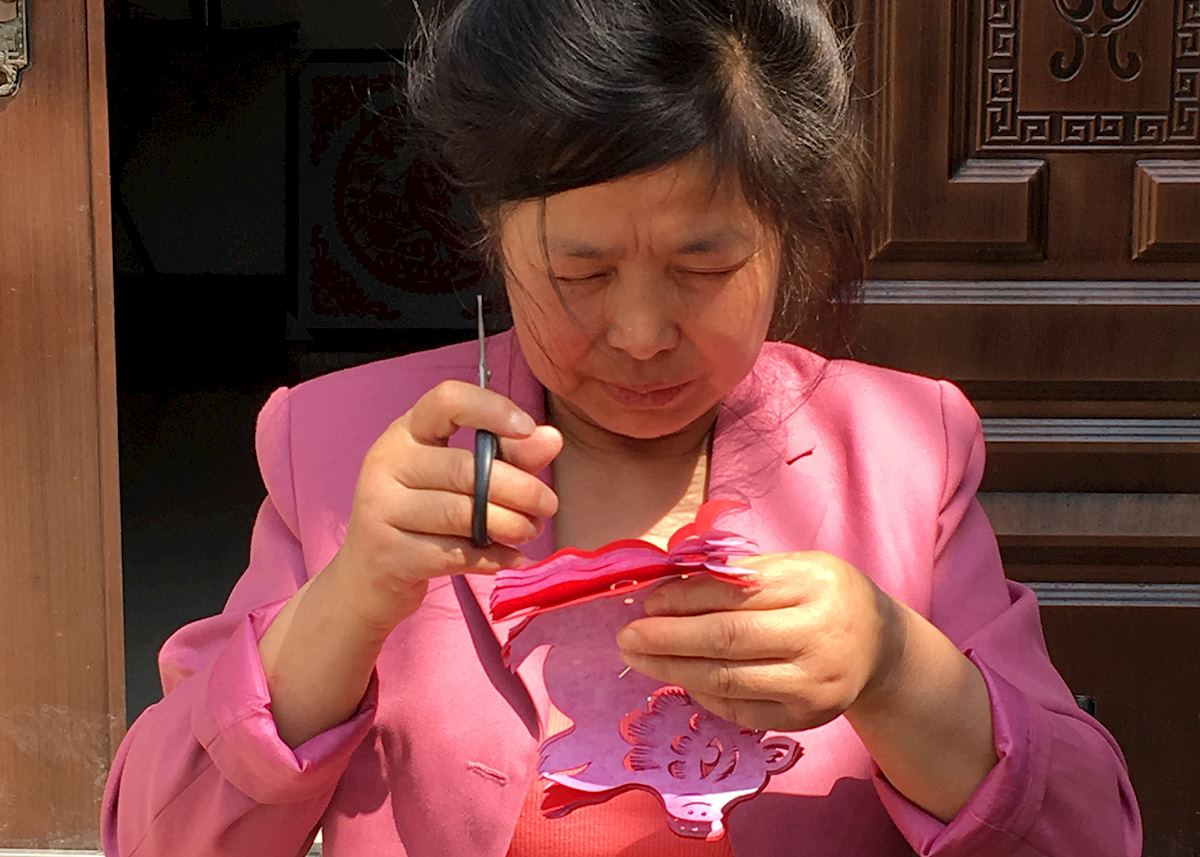 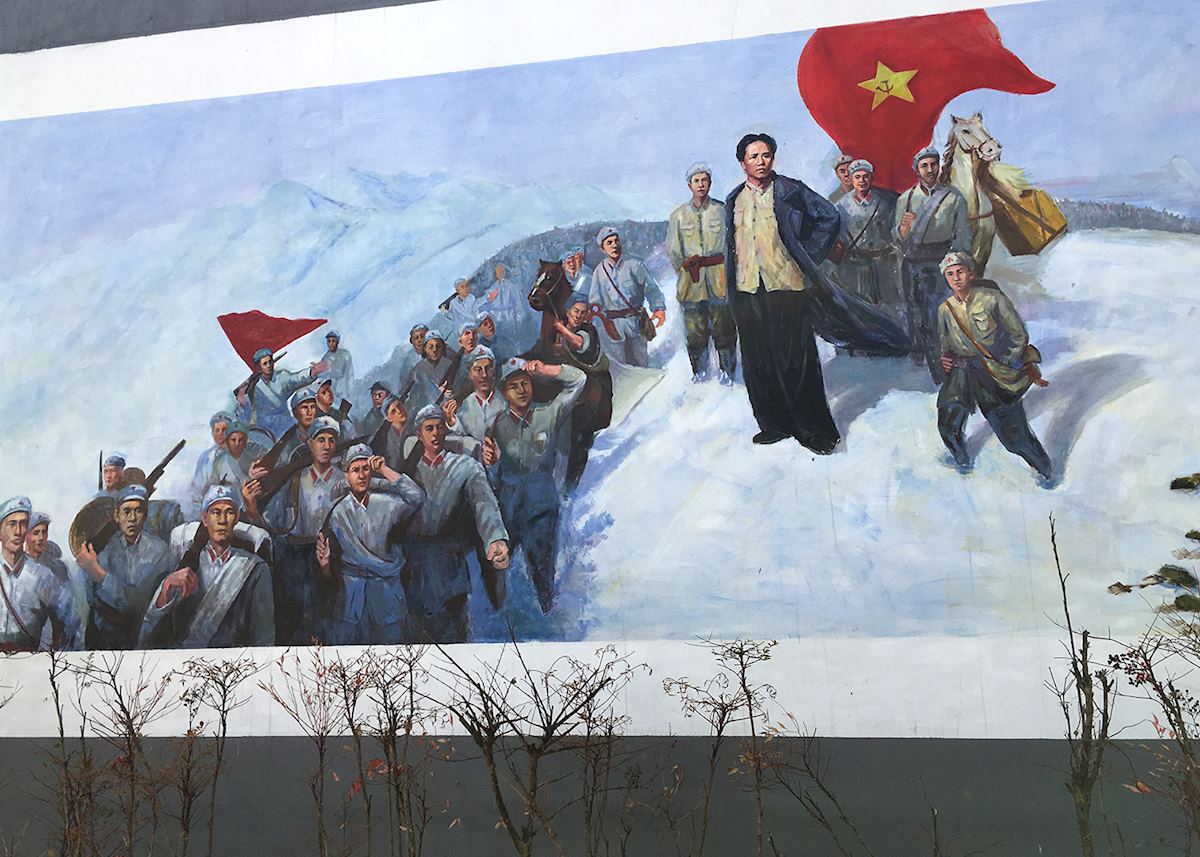 Leaving the city, you’ll travel by a vintage jeep up into the far-flung farming villages of the Loess agricultural plateau outside Xian. You’ll pass plantations of Christmas trees, the hollows of former cave houses, and (at the right time of year) bright yellow fields of rapeseed with lusher terraces of waving barley.

My advice for this tour? Expect anything. My carefree but charismatic local guide, Rocky, even had me gatecrashing pre-wedding festivities (the guests, luckily, didn’t seem to mind).

The guides are all bilingual locals, and as they drive you around, they’ll pull over at anything that interests you or catches your eye. We stopped to buy juicy roujiaomao at a local farmers’ market, watched a goat being milked (and enjoyed a steaming fresh glass of her produce), and paused to stare at the stark Communist propaganda murals plastered on walls around the villages.

The tour also includes spending time with a lady who demonstrates her skill at the art of papercutting, and visiting the workshop of a blacksmith, who has dedicated himself to recreating the (no longer existing) spears and weapons carried by the Terracotta Warriors.

Lunch with a local family 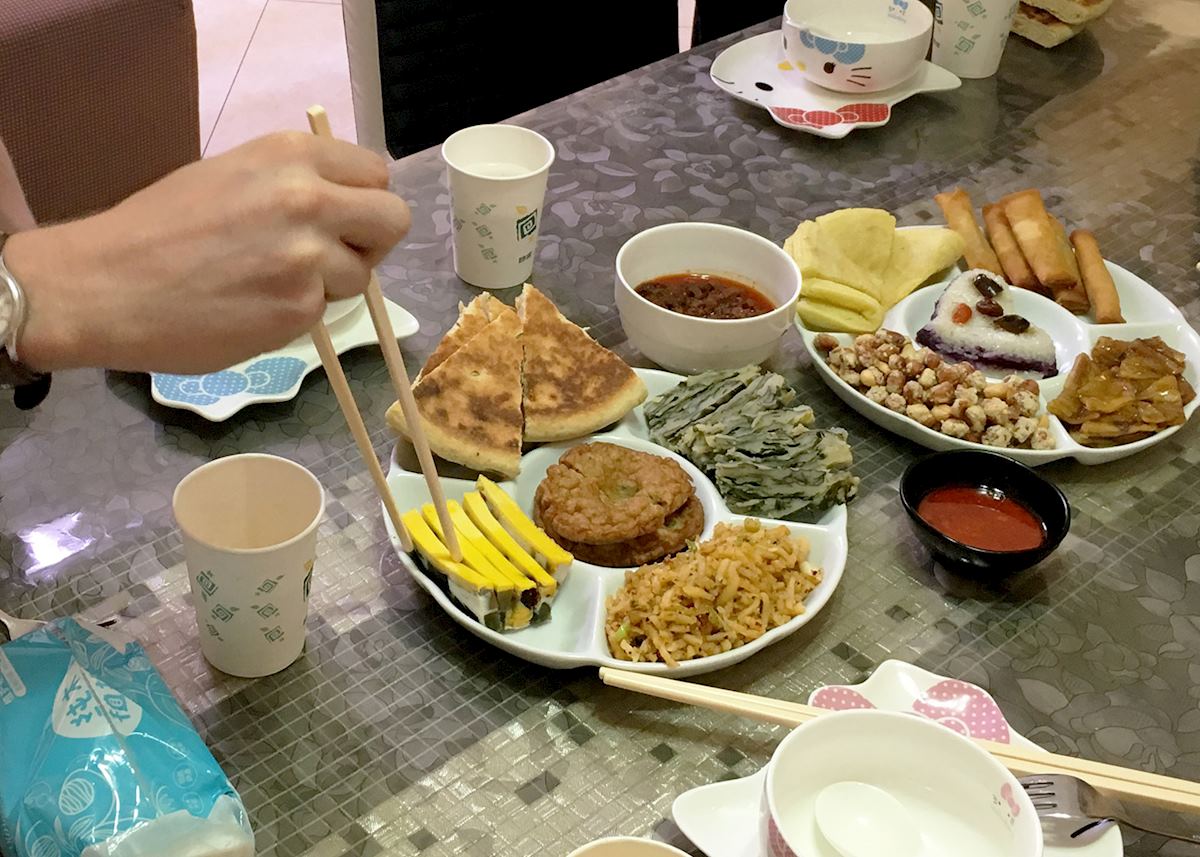 If you’re intrigued to try a home-cooked Chinese meal and are secretly curious about Chinese hospitality, I highly recommend this experience. You’ll join a family for lunch in their apartment in a quiet residential area of Xian, where your host will teach you how to shape and fold dumplings (when I visited, she made candy-pink and mint-green creations). You’re offered green tea then beer, and then it’s time to sit down to lunch.

Your host brings out plate after plate, until the table is groaning with heaped-up, fragrant dishes. My advice is try a bit of everything, and not to worry about finishing all you’re offered (a Herculean task, since Chinese hosts traditionally declare their generosity by offering you much more than you’re ever able to eat).

Food is fresh and exquisitely cooked. Among the more familiar dishes (such as sweet and sour pineapple and meat), you might find several fun surprises: I remember trying a dish of ‘sweet potatoes’, only to discover that it was, in fact, a plate of potatoes that had been glazed in sugar. 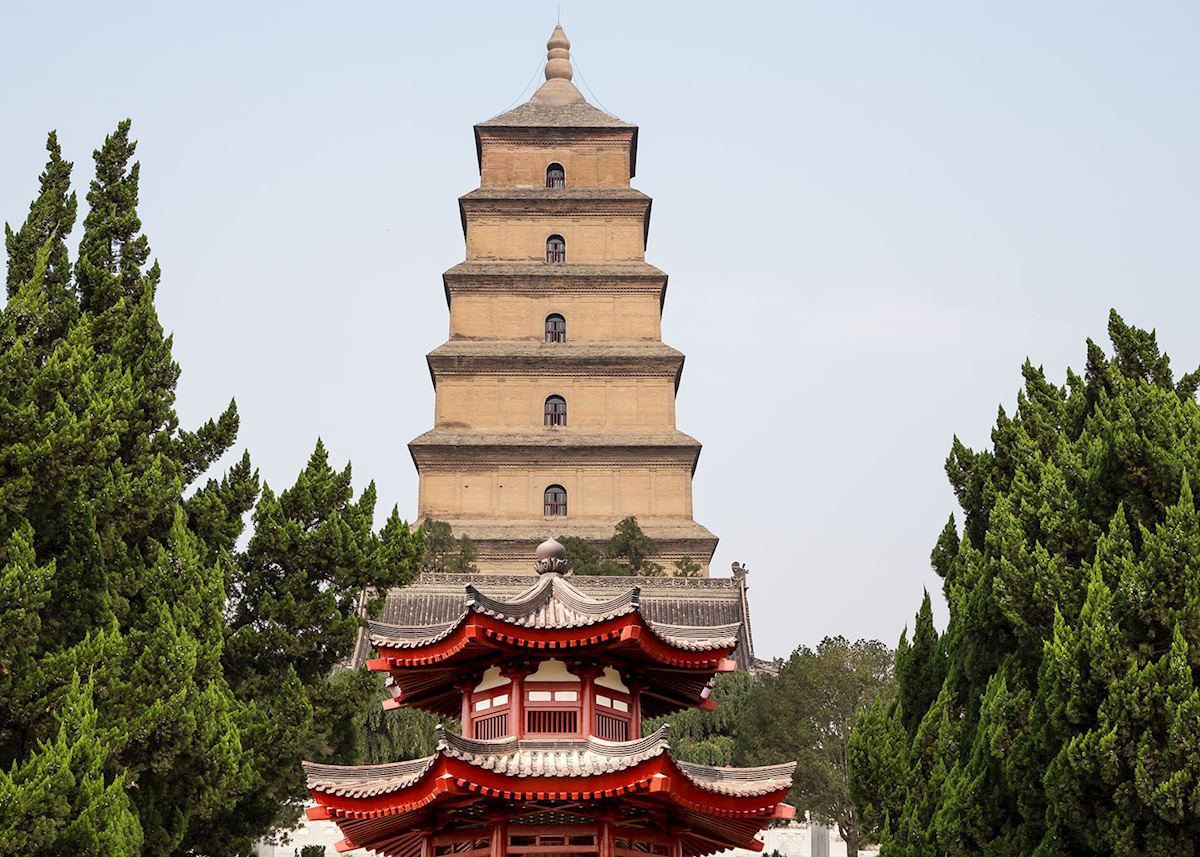 Just outside the city walls lies the walled Buddhist complex of the sixth-century Big Goose Pagoda. Its showpiece is its eponymous pagoda — a stepped tower that looks a bit like a teetering Jenga construction, lording it above the city sprawl. 1300 years ago, it was China’s tallest building, and the monastery’s top student would be permitted to climb to the top: an unsubtly symbolic celebration of his (soon-to-be-soaring) career.

Inside you’ll find several renovated halls, chambers, and shrines, including one containing an elaborate jade mural depicting Buddha’s biography. Gnarled dragon claw trees (the Chinese imperial tree, sacred to the emperor) dot the grounds, and at all hours of the day, incense billows from vast burners as domestic visitors lay their cameras aside and utter a prayer.

It can be a very busy site, but there are several calmer, out-of-the-way corners. You can simply sit among a small grove of bamboo and plum blossom and listen to the wind tinkling the bells hanging on the corners of the pagoda. Their sound is believed to ward off evil spirits and malevolent thoughts. 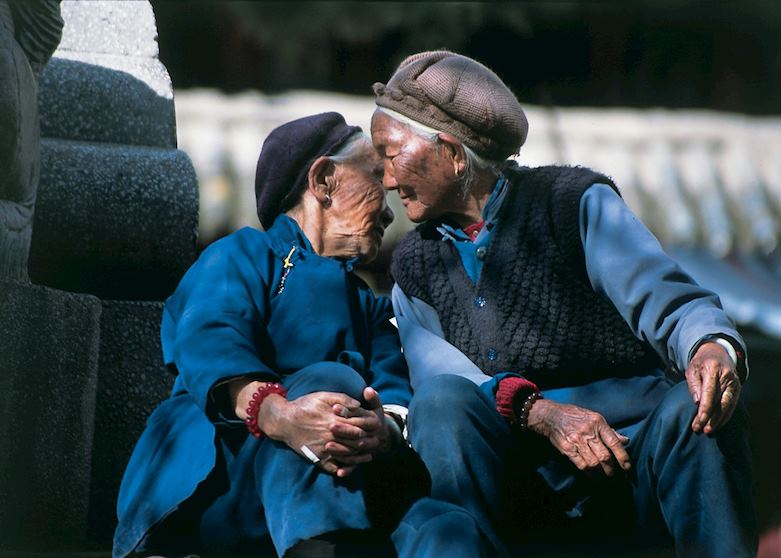 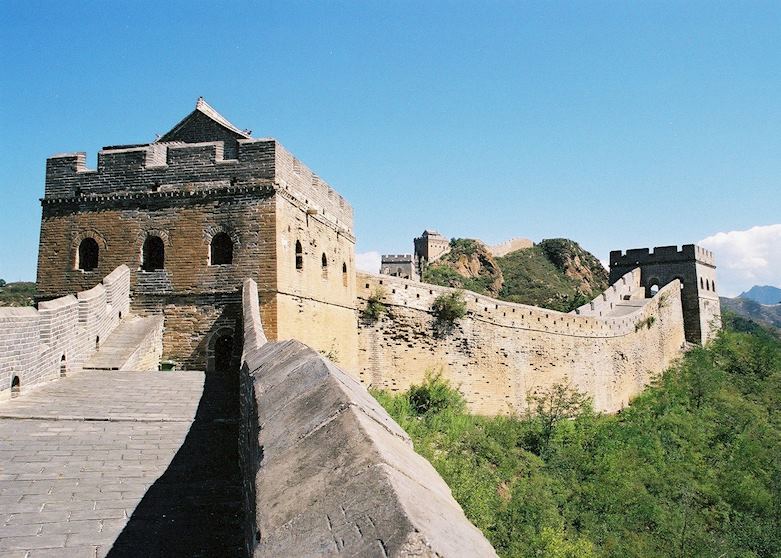 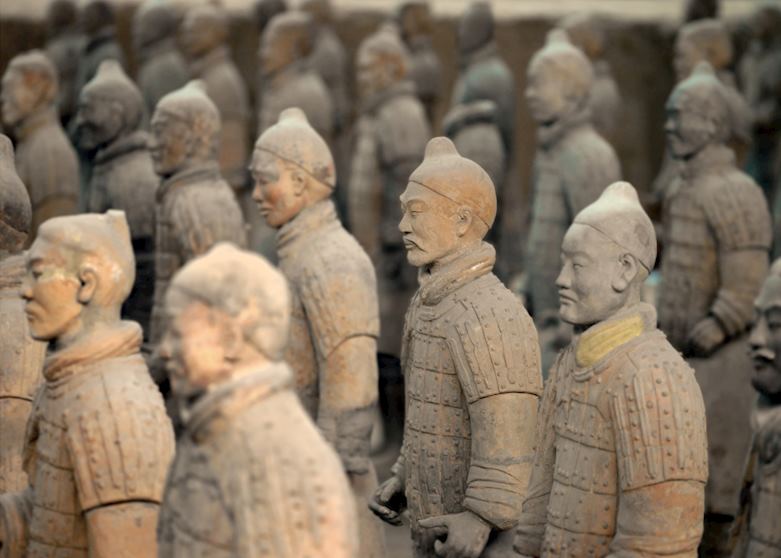 Our guide to exploring the Terracotta Army of Xian What to do in China: our highlights guide Everything you always wanted to know about China (but were afraid to ask) China in my pocket: how high-speed trains make the Middle Kingdom more manageable A guide to Chinese food (and where to find it)
Get in touch