Puerto Montt was founded in the 1850s by German settlers who had been enticed to Chile during that period.

The site was chosen for the new town after the discovery of its proximity to the open ocean. In the late 1960s the town became infamous following the shooting of 11 squatters who had taken up residence on unclaimed land outside the town, this episode is now immortalised in Chilean folklore.

Today the city is the largest growing settlement in Chile with a population of over 400,000. The growth comes down to the main income of the town being aquaculture and salmon farming in particular. The surrounding areas are also a rich basin for agriculture.

This is an industrial city which, as far as visitors to the area are concerned, offers fairly little, save for the fact that this is where the main airport for the area can be found, just 30 minutes from Puerto Varas.

Our itineraries will give you suggestions for what is possible when you travel in Puerto Montt, and they showcase routes we know work particularly well. Treat them as inspiration, because your trip will be created uniquely by one of our specialists.

Written by our specialists from their own experiences of visiting Puerto Montt, these guides will help you make the most of your time there. We share both our practical recommendations and the best ways to appreciate Puerto Montt at its best.

We’ve selected a range of accommodation options for when you visit Puerto Montt. Our choices usually come recommended for their character, facilities and service or location. Our specialists always aim to suggest properties that match your preferences. 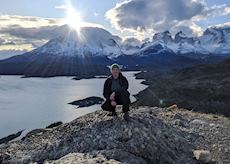