Aisen is Chile’s least populated region. It is a rugged and windswept landscape and, with 300 days of sunshine a year, one of the driest.

It stretches from the Lake District and Puerto Montt in the north to Villa O’Higgins, which is literally at the end of the road, in the south. The region was not connected until work began on a road in 1980 and O’Higgins was only connected in 2000. The landscape is marked with some of Chile’s most spectacular scenery, much of which is located to the south of town of Balmaceda. Sites of particular note include the continent's second largest lake (Lago General Carrera), several glaciations, Alpine forests and turquoise waters that shelters some of Chile’s best fishing. 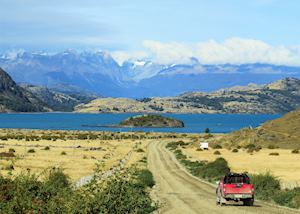 A trip here is somewhat of an adventure. Many choose to venture only as far south as Lago General Carrera (around five hours south of the region’s airport at Balmaceda) where a handful of idyllic lodges will look after your every need; take you onto the lake to see the incredible Marble Caves, offer glacier treks or viewing or walking in pristine forests. All with the backdrop of the snow-capped Andes and glacier fields.

The more adventurous will pick up a car and drive south beyond the Lake and head to Tortel (a fishing town only accessible by boat), and ultimately Villa O’Higgins. This is literally the end of Route 7 as Mother Nature prevents any further construction. Here Lago O’Higgins, the vast O’Higgins Glacier, solitude and the complete wilderness await those who make the effort to come down here.

For years it has been something of a secret, accessible only to those who knew about it, and were prepared to stay in basic trekkers' accommodation. However with the increase in numbers visiting the country and the popularity of the parks in the south, this area affectionately known as Chile Chico, has started to open up.

There are several stunning lodges, ranging from the simple to the special, and with an average of 300 days of sun a year it has its own specific micro climate.

For anyone who really wants to get out into nature and explore lakes, mountains, glaciers and valleys away from the crowds Aisen is simply perfect.

This sample itinerary will give you an idea of what is possible when you travel in the Aisen Region, and showcases routes we know work particularly well. Treat this as inspiration, because your trip will be created uniquely by one of our specialists.

Map view Places in and around the Aisen Region

Map of the Aisen Region

Places in and around the Aisen Region

Accommodation choices for the Aisen Region

We’ve selected a range of accommodation options for when you visit the Aisen Region. Our choices usually come recommended for their character, facilities and service or location. Our specialists always aim to suggest properties that match your preferences.

Ideas for experiencing the Aisen Region

Our specialists seek out authentic ways to get to know the places that could feature in your trip. These activities reflect some of the experiences they've most enjoyed while visiting the Aisen Region, and which use the best local guides. 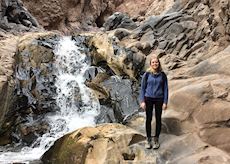 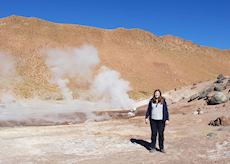