Our selected festivals & events around the world in March

Are you looking for trip inspiration during the month of March? Why not combine your visit with one of these events, as recommended by our specialists? 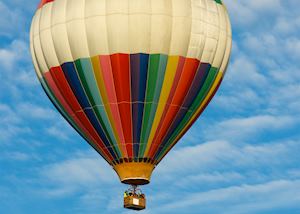 Every March sees competitors take part in the spectacular Genesis Wairarapa International Balloon Fiesta. During this five day long festival, it is possible to take a balloon ride and enjoy the breathtaking views of the valley and the surrounding rugged Tararua ranges. By night the balloons light up the sky in a display set to music, and the evening culminates with spectacular fireworks. 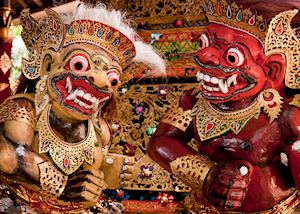 The Balinese are skilled artisans and are also noted for their traditional dance, the distinctive music of the gamelan and for their skills in weaving cloth. Another tradition is Nyepi, an ancient festival marking the Balinese New Year. On New Year's Day itself the island comes to a complete standstill and so is a great time to visit to experience this fascinating tradition. 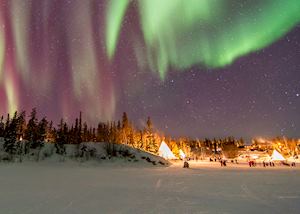 Named after the copper blades used by the native Tetsot’ine people, Yellowknife occupies a dramatic site on the northern edge of the Great Slave Lake. In March this and the much smaller Frame Lake, are frozen over which gives the people of Yellowknife the chance to gather and celebrate the annual Caribou Carnival. 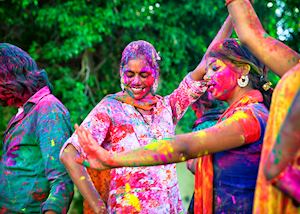 Holi, 'Festival of Colours' is celebrated in India with parades, music, dance and powder paint to welcome the season of spring and end of winter. On the day of the festival, people apply dry and wet colours to each other or exchange small gifts. Holi is celebrated with same enthusiasm all over India but Jaipur is one of the best places to see it. 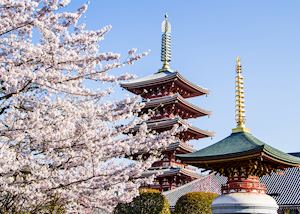 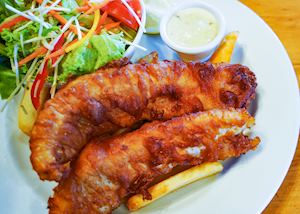 The annual Hokitika Wild Food Festival has become a major event in New Zealand’s calendar. New wild foods are introduced every year such as huhu grubs, fish eyes and venison tongue. With a wealth of entertainment and live music alongside the stalls, the weekend-long event offers something for everyone. This festival is a celebration of New Zealand's west coast food, lifestyle and hospitality, and aims to promote novel and tasty wild food. 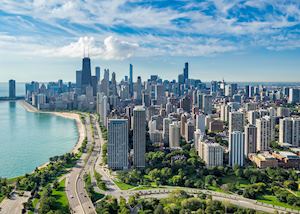 Back in the mid-19th century immigrants from Ireland literally built Chicago, and in honour of Ireland’s patron saint two grand parades are hosted, drawing thousands of Irish people from all over the world. There are marchers, kilt-clad bagpipers and floats and the river is even dyed green! Revellers fill the many Irish pubs to drink Guinness accompanied by fiddlers and bodhran players.