Chicago is the third largest city in the USA and enjoyed rapid growth in the 19th and 20th centuries as a prime transportation hub between the great cities of the east and the expanding settlements in the west.

Despite burning to the ground in 1871, the city was quickly rebuilt, and grew to cater for the influx of immigrants from Ireland, Eastern Europe, and the USA's Deep South. Known as the Windy City, this great metropolis boasts a skyline of towering skyscrapers, including the renowned Willis Tower (formerly Sears Tower). Michigan Avenue runs through the heart of the city and, north of the Chicago River, is known as the ‘Magnificent Mile’. This is the heart of Chicago, with restaurants, shops and the Chicago Water Tower, one of the few buildings to survive the 1871 fire. 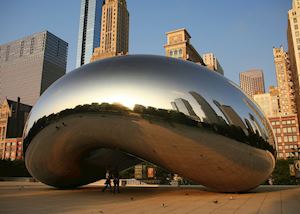 Visitors may wish to see Cloud Gate, locally known as the ‘bean’, in Millennium Park, the Art Institute of Chicago — one of the city’s range of excellent museums — or take in some live music at one of the many jazz, blues and rock venues. For outdoor entertainment, visit one of Chicago’s fine beaches, the lively shops and restaurants of Navy Pier, catch a baseball game at Wrigley Field, or take an atmospheric cruise on the Chicago River.

For unparalleled views over the city, its beaches and Lake Michigan, visit 360 Chicago, formerly the John Hancock Observatory.

Our itineraries will give you suggestions for what is possible when you travel in Chicago, and they showcase routes we know work particularly well. Treat them as inspiration, because your trip will be created uniquely by one of our specialists.

We’ve selected a range of accommodation options for when you visit Chicago. Our choices usually come recommended for their character, facilities and service or location. Our specialists always aim to suggest properties that match your preferences. 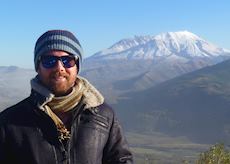