Named after the copper blades used by the native Tetsot’ine people, Yellowknife occupies a dramatic site on the northern edge of the Great Slave Lake.

Gold was discovered here in 1934, at just the same time as bush planes made this remote region accessible.

Capital of the Northwest Territories

In 1967 the city became the capital of the Northwest Territories and now, diamond mining has taken over as the mainstay of the booming economy. The Old Town’s winding streets are lined with houses dating back to the 1930s and 1940s whilst the Woodyard area is known for eccentric cabins and log dwellings: the most modest are on Ragged Ass Road, named after the early prospectors whose luck had run badly.

The city is dwarfed by the Great Slave Lake; the size of a sea with countless uncharted bays hugged by seemingly endless wilderness areas. 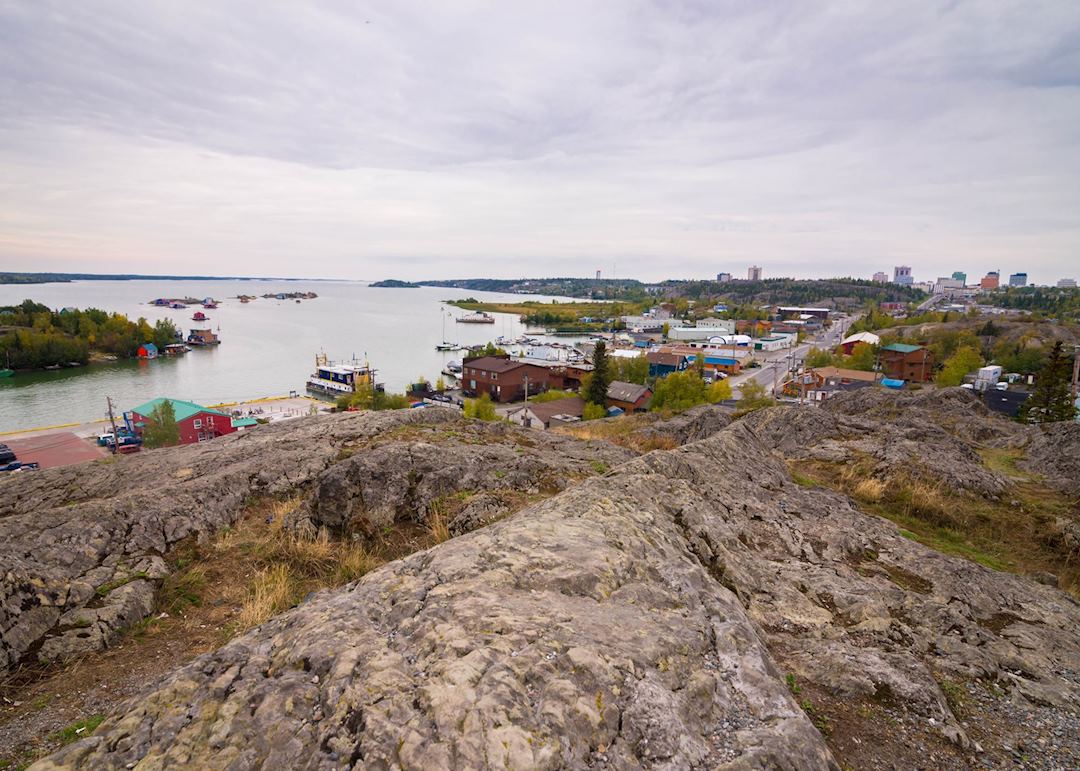 Start planning your trip to Yellowknife

Our expert guides to exploring Yellowknife

Written by our specialists from their own experiences of visiting Yellowknife, these guides will help you make the most of your time there. We share both our practical recommendations and the best ways to appreciate Yellowknife at its best.

We’ve selected a range of accommodation options for when you visit Yellowknife. Our choices usually come recommended for their character, facilities and service or location. Our specialists always aim to suggest properties that match your preferences.