The Volcanoes National Park protects the Rwandan section of the Virunga Mountains and is contiguous with the Mgahinga National Park in Uganda.

The mountains are linked by fertile saddles, formed by lava flows, and are one of the most striking sights in East Africa. 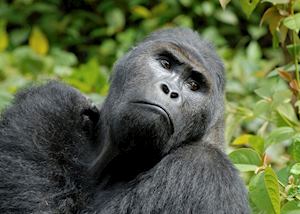 Although home to elephant, buffalo, and duiker they are best known for the 300 mountain gorillas that reside among the bamboo forests on the upper slopes. About half of these gorillas live permanently in the Rwandan sector of the mountains and gorilla tracking here is one of the wildlife highlights of Africa.

Our itineraries will give you suggestions for what is possible when you travel in Volcanoes National Park, and they showcase routes we know work particularly well. Treat them as inspiration, because your trip will be created uniquely by one of our specialists.

We’ve selected a range of accommodation options for when you visit Volcanoes National Park. Our choices usually come recommended for their character, facilities and service or location. Our specialists always aim to suggest properties that match your preferences.

Our specialists seek out authentic ways to get to know the places that could feature in your trip. These activities reflect some of the experiences they've most enjoyed while visiting Volcanoes National Park, and which use the best local guides. 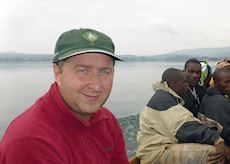 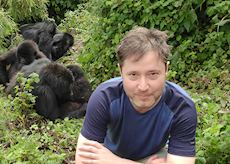