When is the best time to visit Samoa?

Samoa’s climate is dictated by its position in the South Pacific near to the Equator. As with many of the South Pacific island nations, it experiences a distinct wet season between November and March. The weather is drier from April to October, but it does tend to be fairly hot and humid most of the year.

Average daily temperatures hover around 28-30°C (84-86°F) and the seawater is balmily warm. As both of Samoa’s main islands are mountainous, you’ll often see the interiors shrouded in low cloud. As a general rule, more rain falls on the islands’ southern flanks.

Samoa has a warm tropical climate, similar to that of its bigger island neighbour, Fiji. Visitors should expect mid to high 20s year round, with higher humidity during the wet season that runs from mid-November to the end of April. Cyclonic events can occur during the wet season so we recommend travel during the dry season which is May through to mid-November. For the laidback experience that Samoa is famed for it is best to also consider avoiding the New Zealand and Australian school holidays which vary year on year.

Month-by-month guide to travelling in Samoa 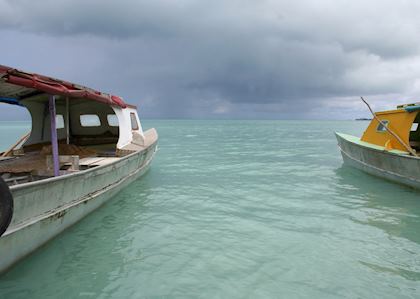 Samoa is in the midst of its rainy season, so travel during these months is best avoided. Rainfall can also be heavy, with a risk of cyclones and thunderstorms. 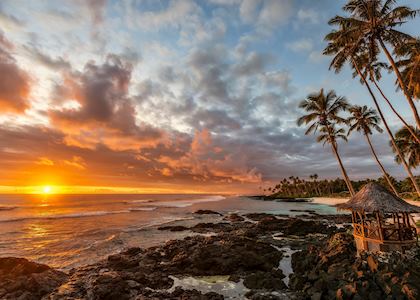 Visiting Samoa in March - May

March is the tail end of Samoa’s wet season and can be an unpredictable month, weather-wise. Expect to experience some rain but also the onset of drier days. April and May are drier still, and visiting during these months can offer good value, with fewer foreign visitors and a quieter, more serene atmosphere. Just take layers for cooler evenings. 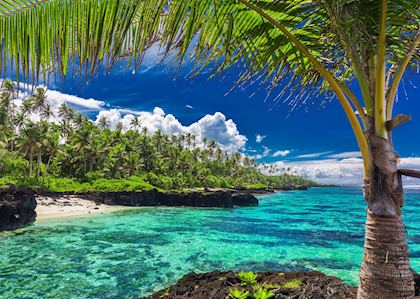 This is the best time of year to visit Samoa if you want to be virtually guaranteed warm weather with the least chance of rain. It’s an ideal time for snorkeling, swimming and relaxing on the beaches. Be aware that this period is also the islands’ busiest time, as they see an influx of visitors from New Zealand and Australia, who come here to escape the Southern Hemisphere winter. 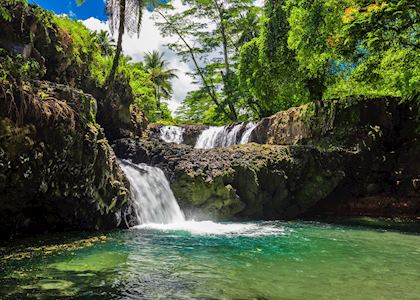 During these months, Samoa can become a little rainier as it segues back to the wet season. But, as in April and May, it’s still possible to visit and experience dry weather, and the crowds generally slacken as November comes to its end. 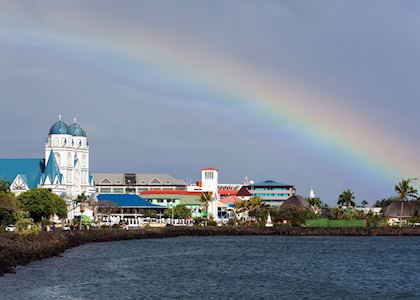 Samoa enters its wet season again, and travel to the islands becomes prohibitive for anyone hoping for bright tropical sunshine.

Practical tips for travelling to Samoa, from social protocols to guidance on money matters, with a link to the latest government travel advice.

Speak to a Samoa specialist to start planning your tailor-made holiday...