With a history that is as long and intricate as any city in the region, Jerusalem has been attracting and amazing visitors for centuries. The proximity and quantity of the numerous holy sites of Jerusalem are a perfect illustration of its importance to three world religions.

The walled Old City is home to the majority of the religious sites. It is overlooked from the southern and eastern flanks by Mt Zion and the Mount of Olives respectively, and they are excellent viewpoints from which you can see domes, spires and minarets rising above the limestone alleyways.

A short walk through the streets of the Old City and stories that you first heard in the Bible will start springing to life. You can also absorb some of the atmosphere that has changed little for centuries, as porters bustle through the alleys and the shouts of traders advertising their wares mingles with the muezzin’s call to prayer. 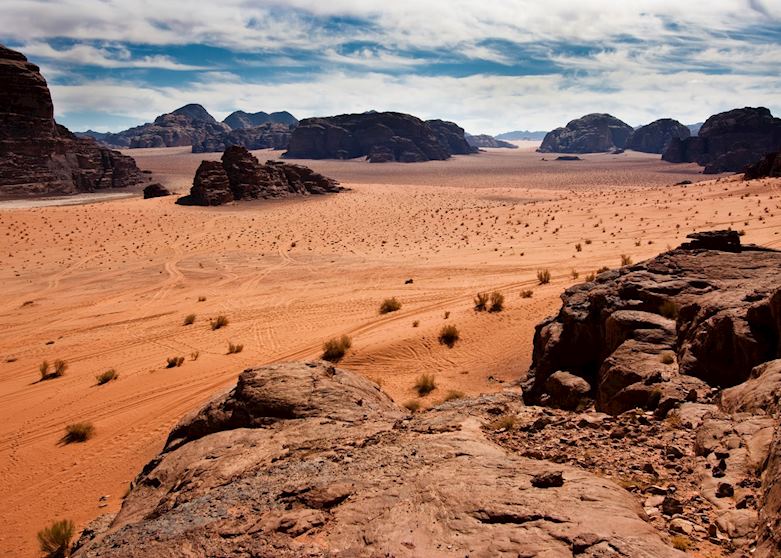 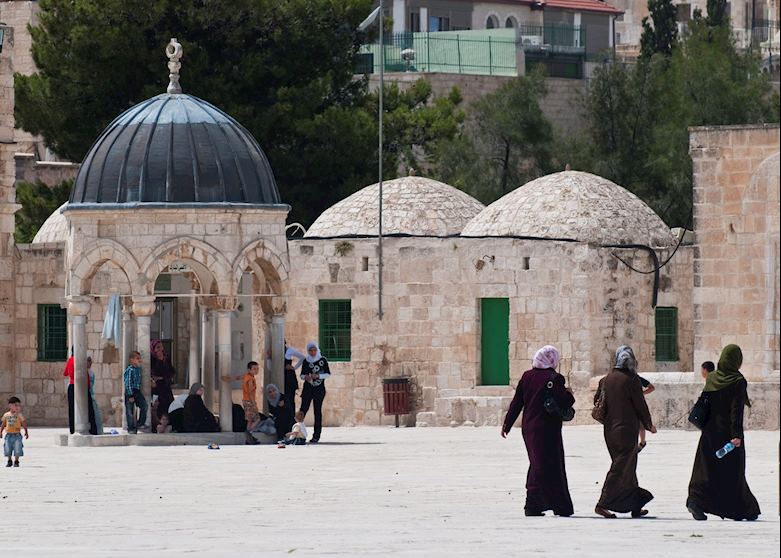 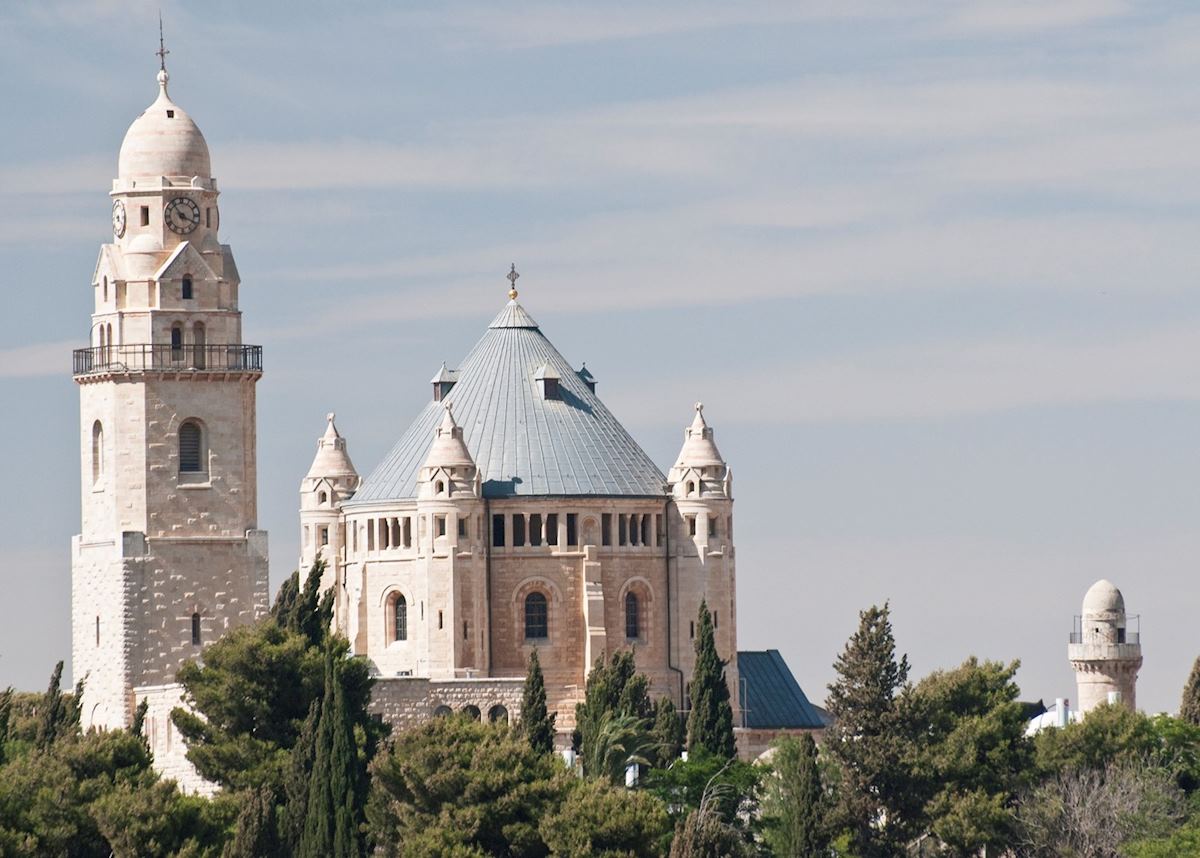 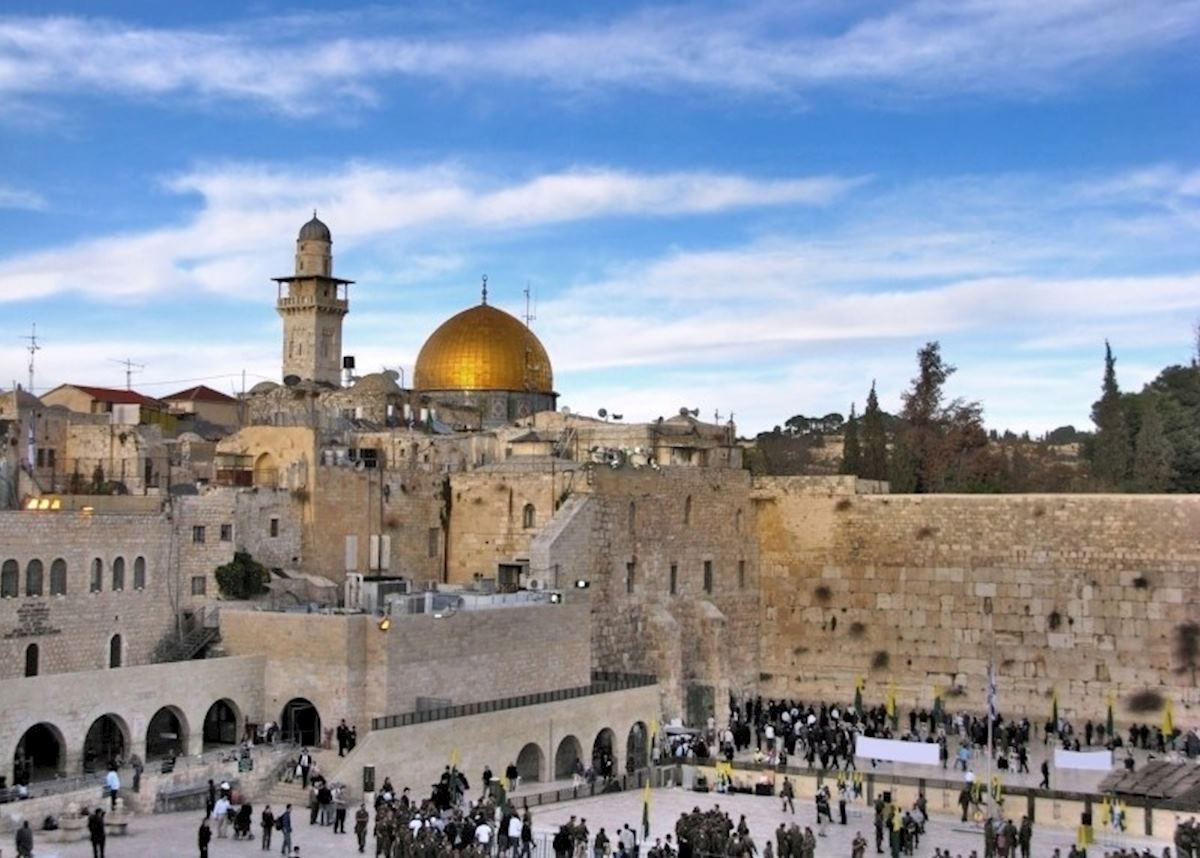 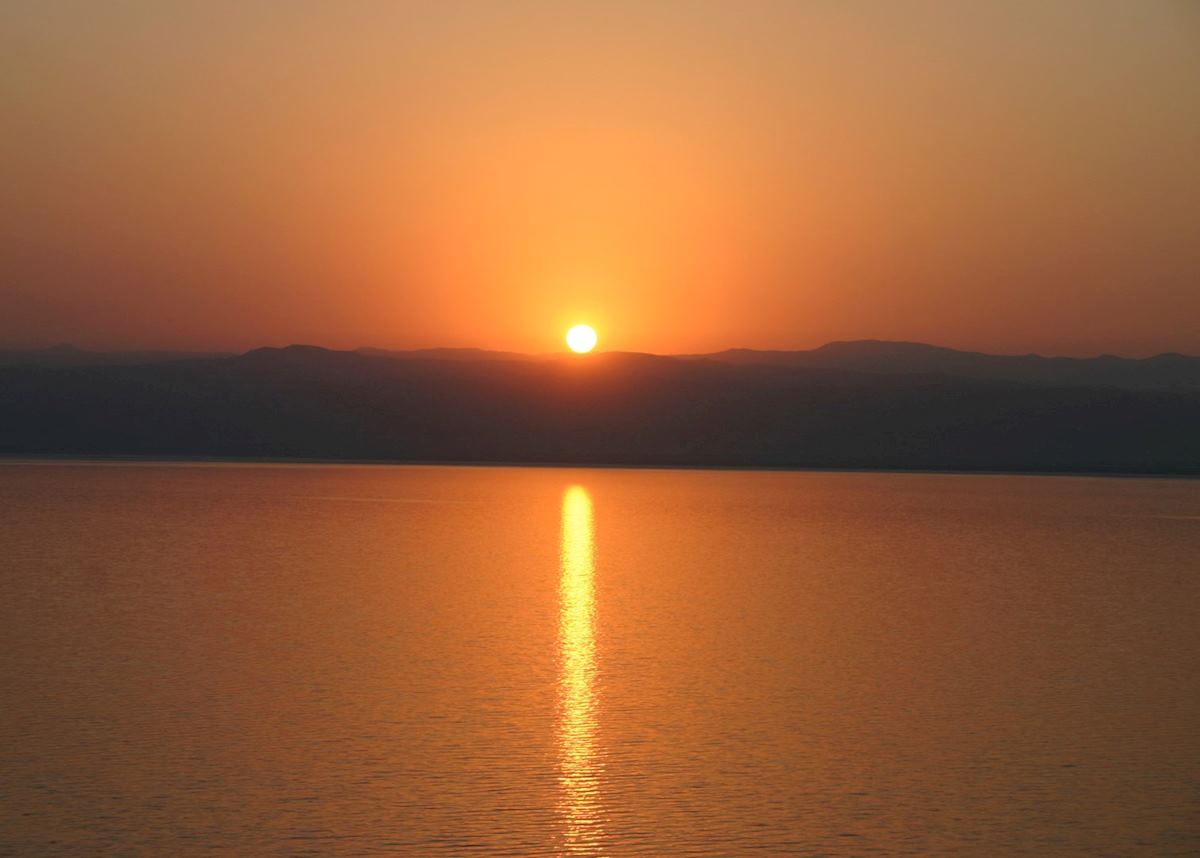 Exploring the New City and downtown areas will reveal Jerusalem’s vibrant modern quarters, where gleaming malls lined with boutiques and coffee-shops flank trendy bars and some excellent restaurants. As usual, we have put together a meticulously researched guide to the best places eateries and watering holes, from where to find a quick falafel on the go, to the best restaurants for a special occasion.

Jerusalem also works very well as a base for exploring further afield in Israel and the Palestinian Territories. A day in Bethlehem is an excellent opportunity to experience a more concentrated Arab atmosphere, and apart from the revered Church of the Nativity there is ample to keep you entertained in the charming streets of this pretty town, which in places feels quite Mediterranean. However, just a mouthful of kinafah (delicious pastry soaked in sugar syrup) or a sip of mint tea and your taste buds will bring you right back to the very centre of the Middle East.

To the south lies the Negev desert and The Dead Sea. Here lies Masada, the mountain fortress where during the first Jewish Revolt, the Sicarii chose to commit mass suicide instead of surrendering to the Romans, thus ensuring that both the place and the story would be committed to the Jewish narrative and nowadays it serves not just as a must-see stop for visitors, but also as a modern-day place of pilgrimage for Jews too. 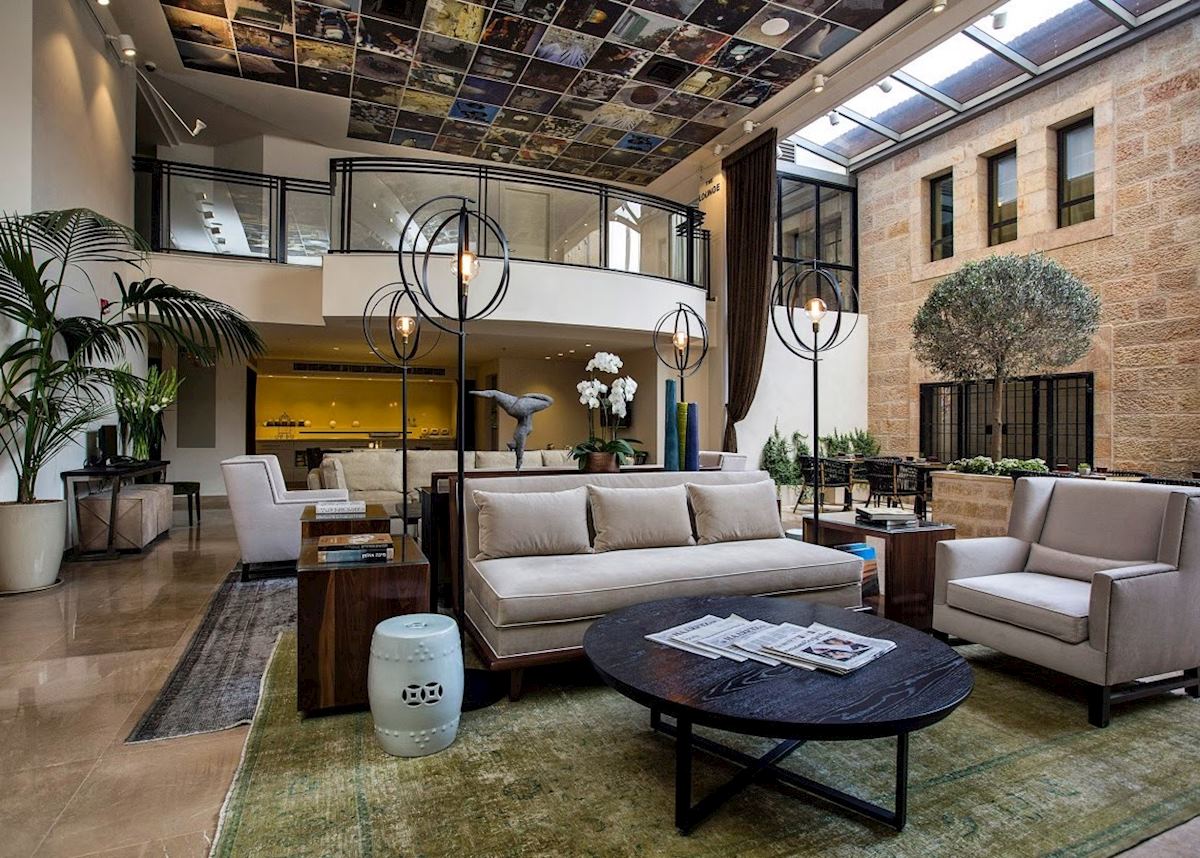 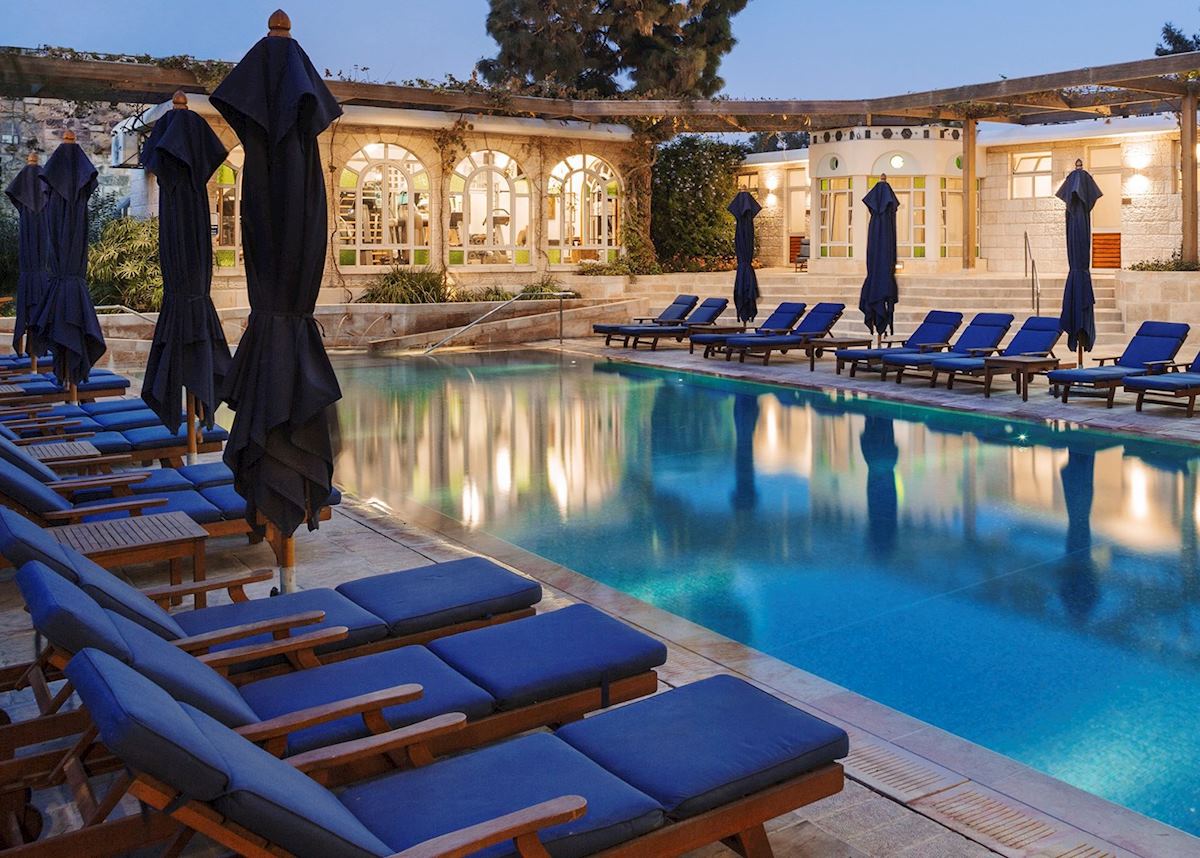 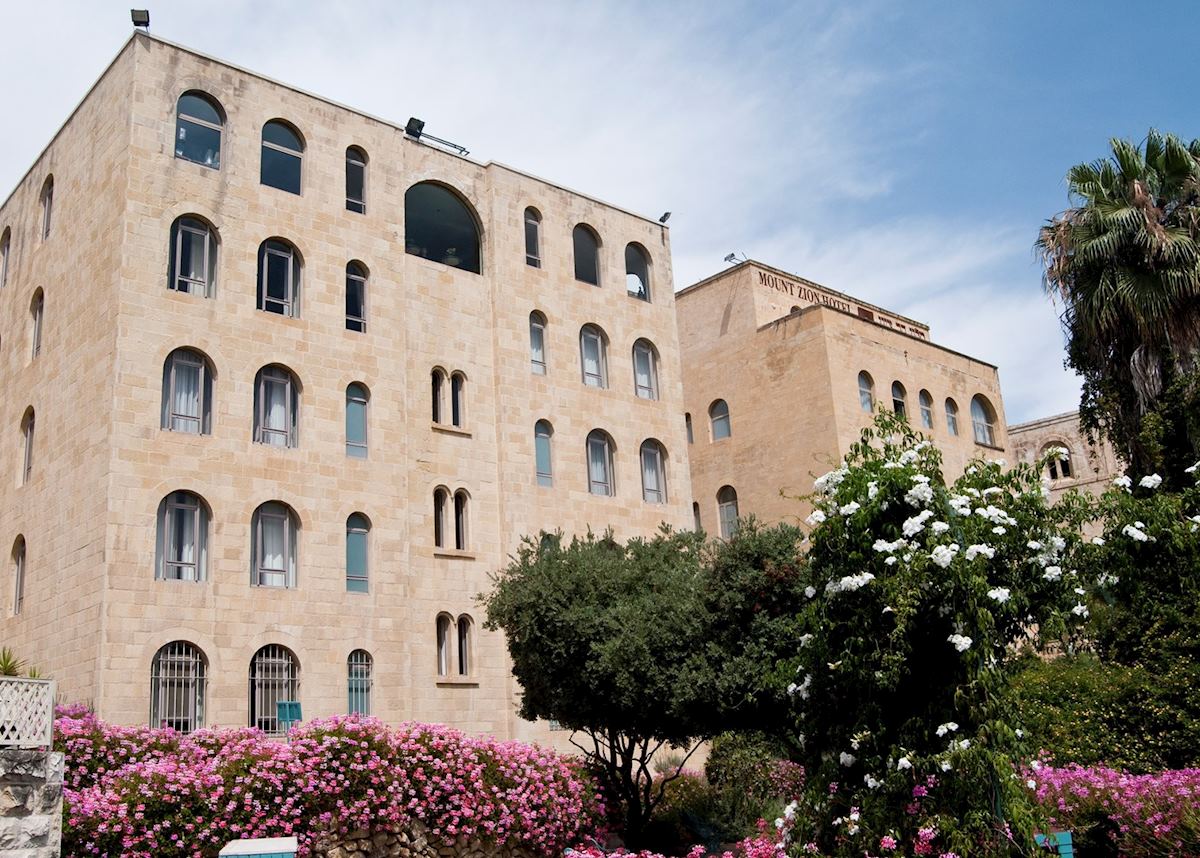 The accommodation options in Jerusalem are surprisingly varied. Below are just a few of our favourite properties to spend a night or two whilst visiting Jerusalem.

The American Colony is an oasis of tranquillity from the hustle and bustle of Jersualem's busy streets. Set in a pretty building with relaxing gardens, the hotel is a short 15 minute walk from the Damascus gate of the Old City. Originally built during for a wealthy Turkish landowner in the Ottoman period, the hotel was sold to a group of American Christians who moved to Jerusalem, who by the end of the 19th century numbered 150 and were known locally as 'The American Colony'. Rooms here are bright and airy, and the public areas exude an aura of calm.

The Harmony Hotel is located in the heart of the 'New' City of Jerusalem, in the district of Nahalat Ha-Shivah. This was one of the first regions outside of the Old City walls to be settled, in the 19th century. These days the area has been pedestrianised and is known for its upmarket boutiques and good quality restaurants and bars. Rooms are modern and stylish, and there is a business lounge which offers complimentary snacks and soft drinks in the early evening.

Something of an institution in Jerusalem, The King David Hotel has been entertaining presidents, celebrities and kings and queens since it opened in the 1930's. Located around a 15 minute stroll from the Old City's Jaffa gate, the hotel has superb views across to the spires and minarets. The hotel's restaurants and bars have a grand, old-world European feel, with deep armchairs, gleaming oak wooden floors and thick velvet cushions. Rooms are traditional in style, well equipped, and service is excellent.

Overlooking the Old City, the Mount Zion is an excellently located hotel, with real character and a sense of history. Many additions were made over the years, giving a unique building of various styles (the hotel proudly claims to have more different styles of window than any other building in Jerusalem!). Like many buildings of the period, the basement houses a large water cistern, which has been converted into a Hamam (Turkish bath) - perfect for relaxing in after a day of strolling round the Old City!