Author and journalist John Gimlette heads for Java, to discover an island of awesome beauty 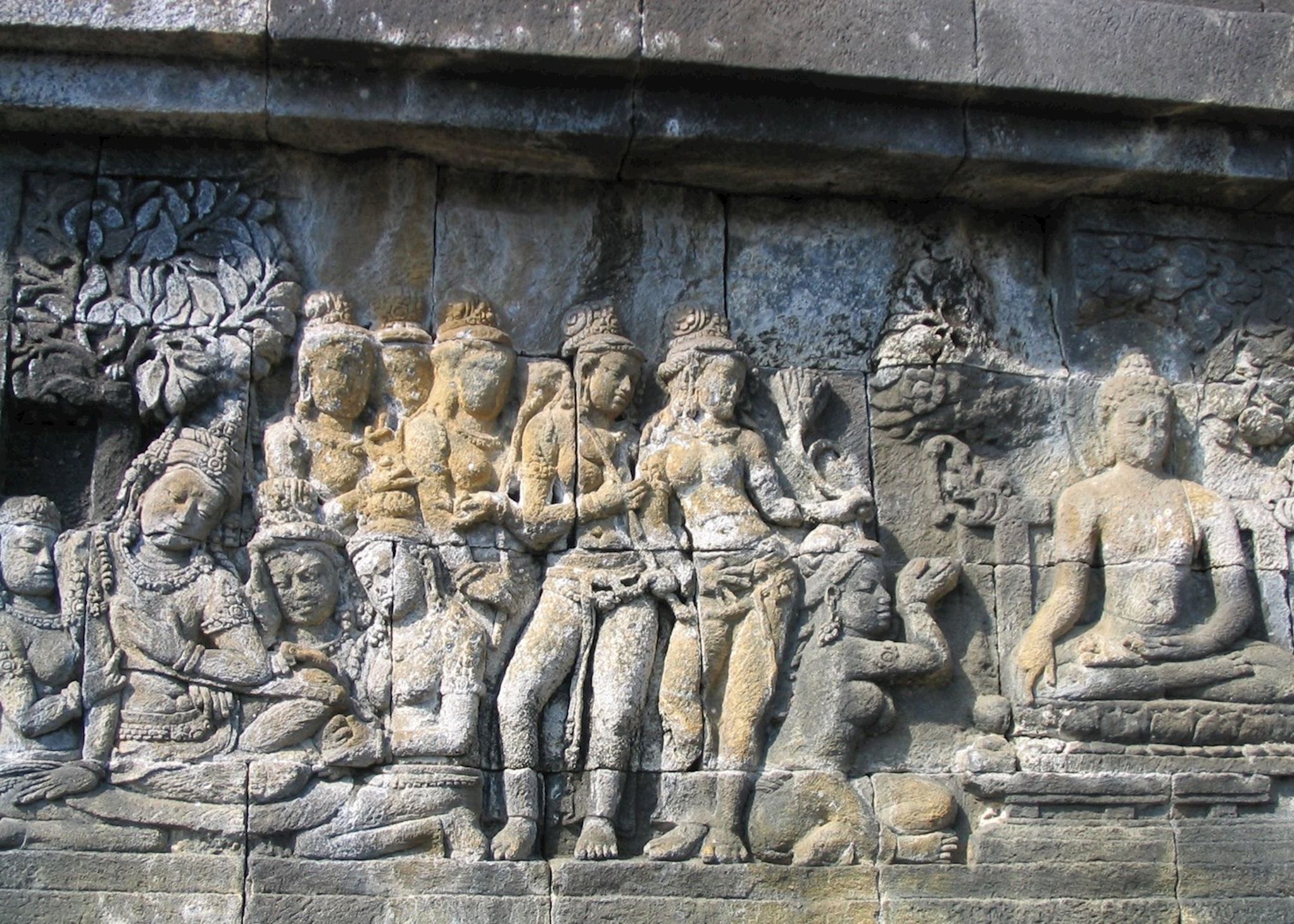 Once, during one of Jakarta’s notorious traffic jams, we came across the country’s president. It’s surprising how unimportant we all look in congestion, and yet he presides over one of the greatest nations on Earth. Indonesia has the world’s fourth largest population, and is as wide as the Atlantic. At any given time, it has a couple of miniature civil wars bubbling away at either end, and a tigerish economy between. No wonder the president looked slightly over-awed. 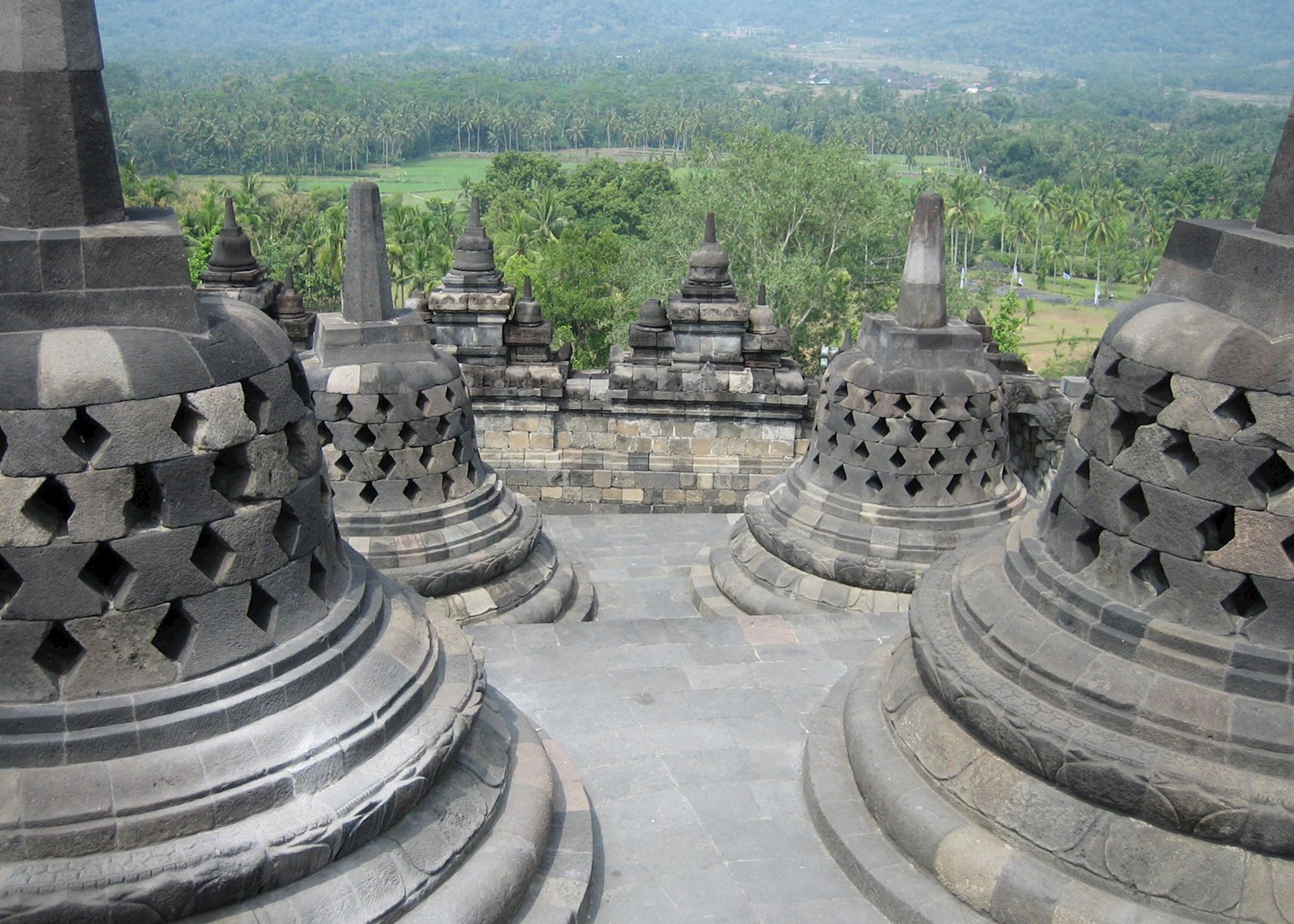 I think I know the feeling. This must be one of the most bewitching, super-stimulated places anywhere. A fortnight in Java is like stepping to the future, and tumbling back thousands of years, ending up just short of the present. Here are the latest gadgets and the most chic hotels, but also dancers who entrance themselves in readiness for battle. Their enemy, it seems, is an invader who’s already conquered them 1,600 years before. Don’t try and understand this; it’s enough just to take it all in. After two weeks, I’m as hopelessly, happily confused as ever. But at least I know one thing. Java is no mere Sleeping Beauty, but a giant in a permanent state of awakening. 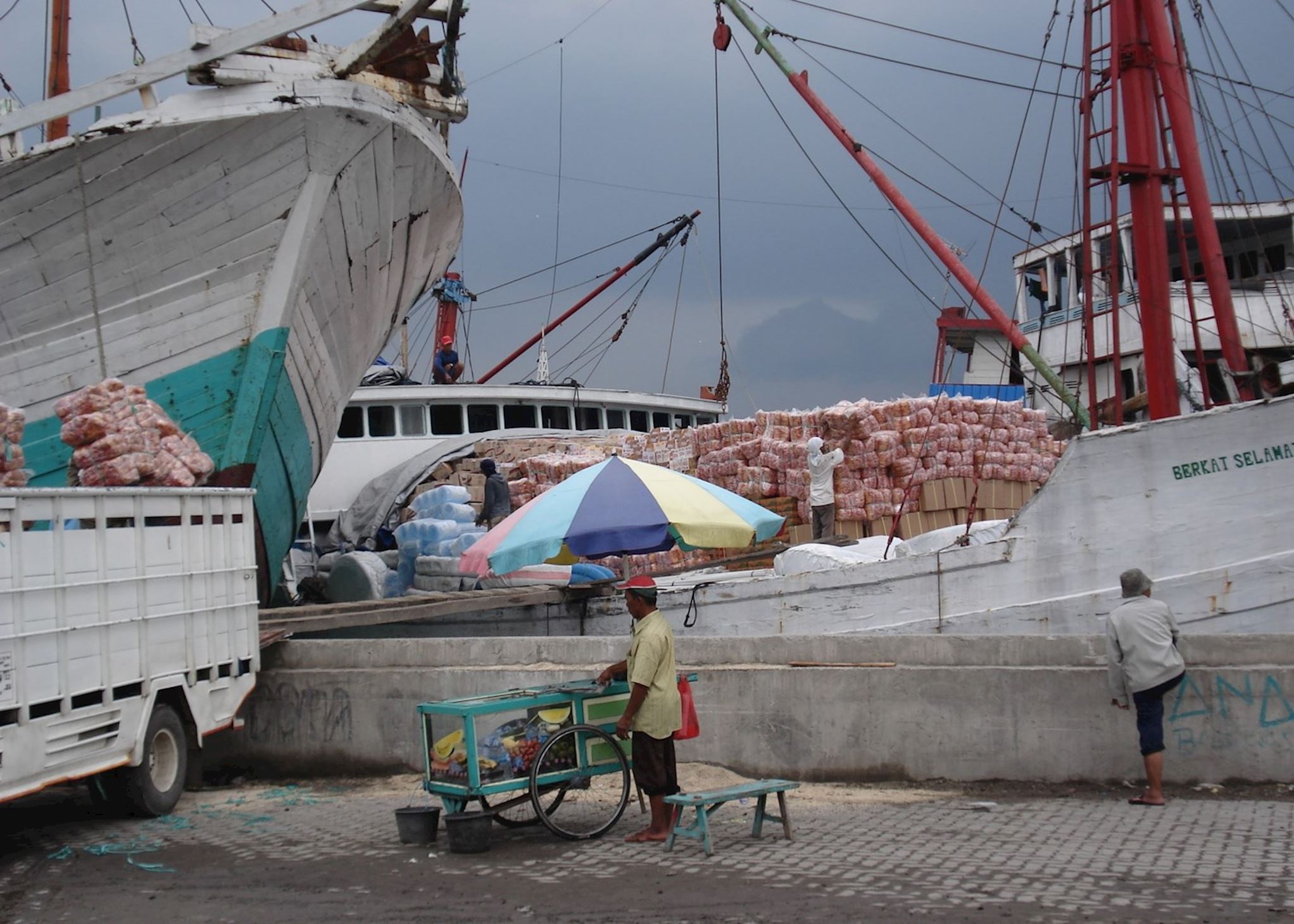 Take Jakarta, where the confusion begins. It looks like a modern metropolis but it still has patches of sugar cane, and water is sold by the can. The cats have no tails, and the old port is full of schooners which will carry anything but women. The traffic jams, meanwhile, are so solid that, for many, they’ve become home, and have sprouted luxuriant gardens. Because no-one ever seems to get to the shops, the shops come to them. This is the place to buy kites and clove-flavored cigarettes. Or you can hire a policeman, who, for £30, will ride around with you all day. 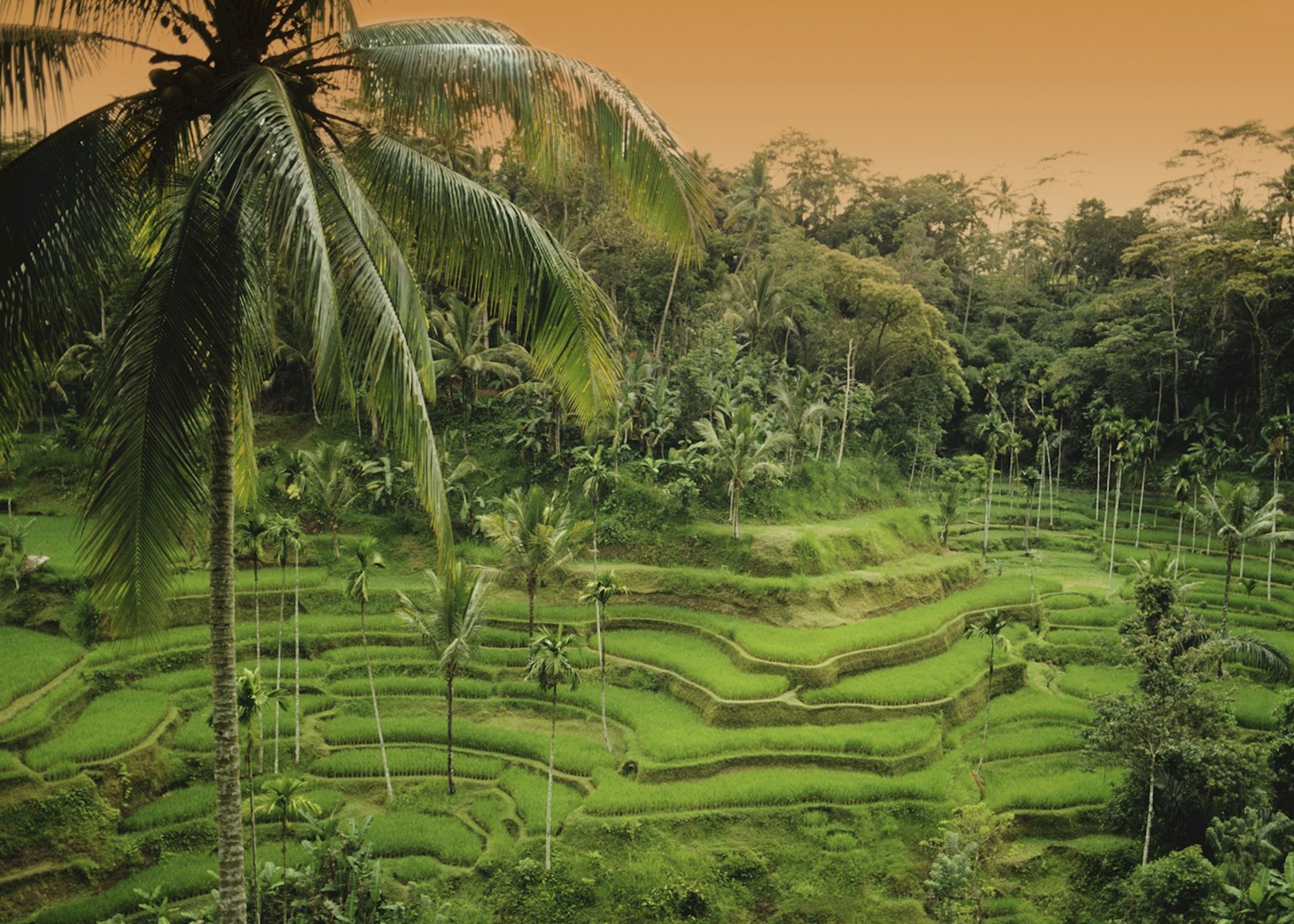 But then — we discovered — beyond Jakarta a fabulous landscape unfurls. Over the coming days, the horizon was always pimpled with mountains, and we were never far from the rice, which glowed like green fire. Java may only be the size of England but it grows enough of this stuff to feed a population the size of the USA. Once we took a train, and watched the rice rippling past for five delicious hours. 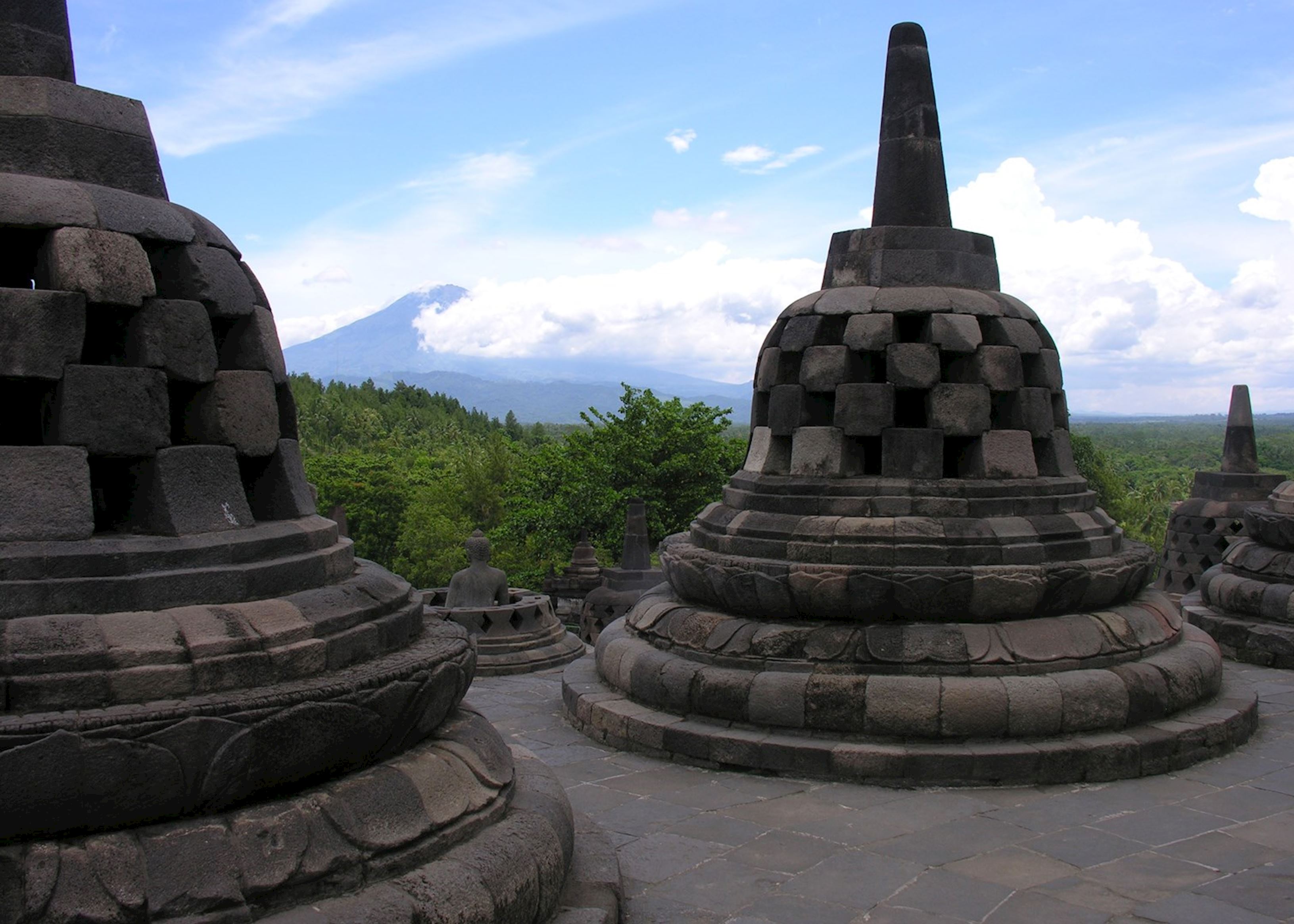 Of course, there were other cities, often variants of Jakarta. Surubaya and Yogyakarta both had the same throb about them, although they still had room for towns within towns, a Little Damascus or a tiny Peking. Sometimes, it was their hotels that stole the show. All of them had, in the past, experienced some sort of scandal or revolution, or a visit from Charlie Chaplin or Joseph Conrad. Perhaps my favorite was The Tugu in Malang, which was so sumptuously imaginative that it tottered on the brink of kitsch.

John is the author of ‘At the Tomb of the Inflatable Pig', 'Theatre of fish' and 'Panther Soup’. John is also an accomplished photographer and took many of the images featured in this article. Please visit his website for more information: www.johngimlette.com

The eruption of Krakatau in 1883 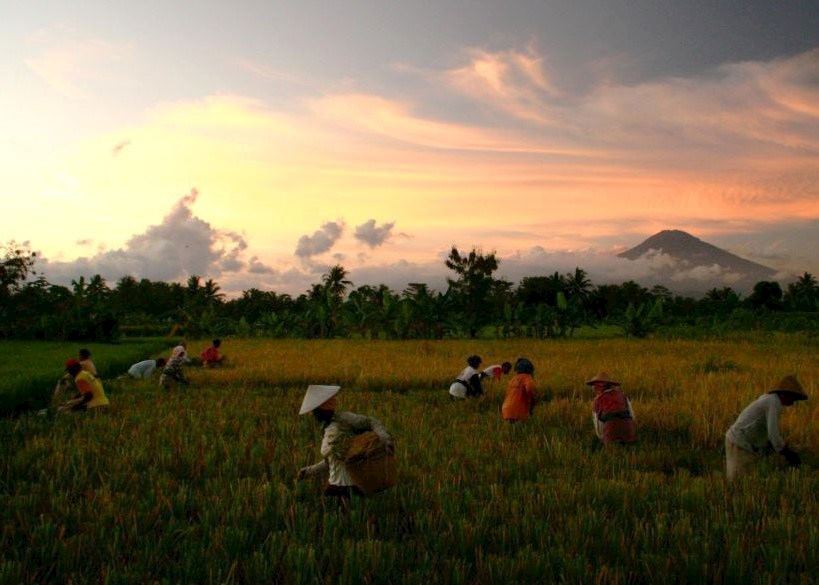 But, for all these delights, we were pleased to be back in the rice. The Javanese countryside was always rich in peculiar detail. I remember holy trees, performing monkeys, a sofa balanced on a bicycle, and a homemade contraption, like a tank, for gulping up the rice. It would be nice to think that, in this dreamy world, nothing ever happened, and never would. But that would be to misunderstand Java. Deep down, something was stirring, and — to understand it — we headed for its greatest outlet: Krakatau.

On the map, the crater was just a ring of broken cornets, an hour off the west coast. But, up close, the violence was obvious. The land had simply sheared away, leaving a cliff a thousand feet high. 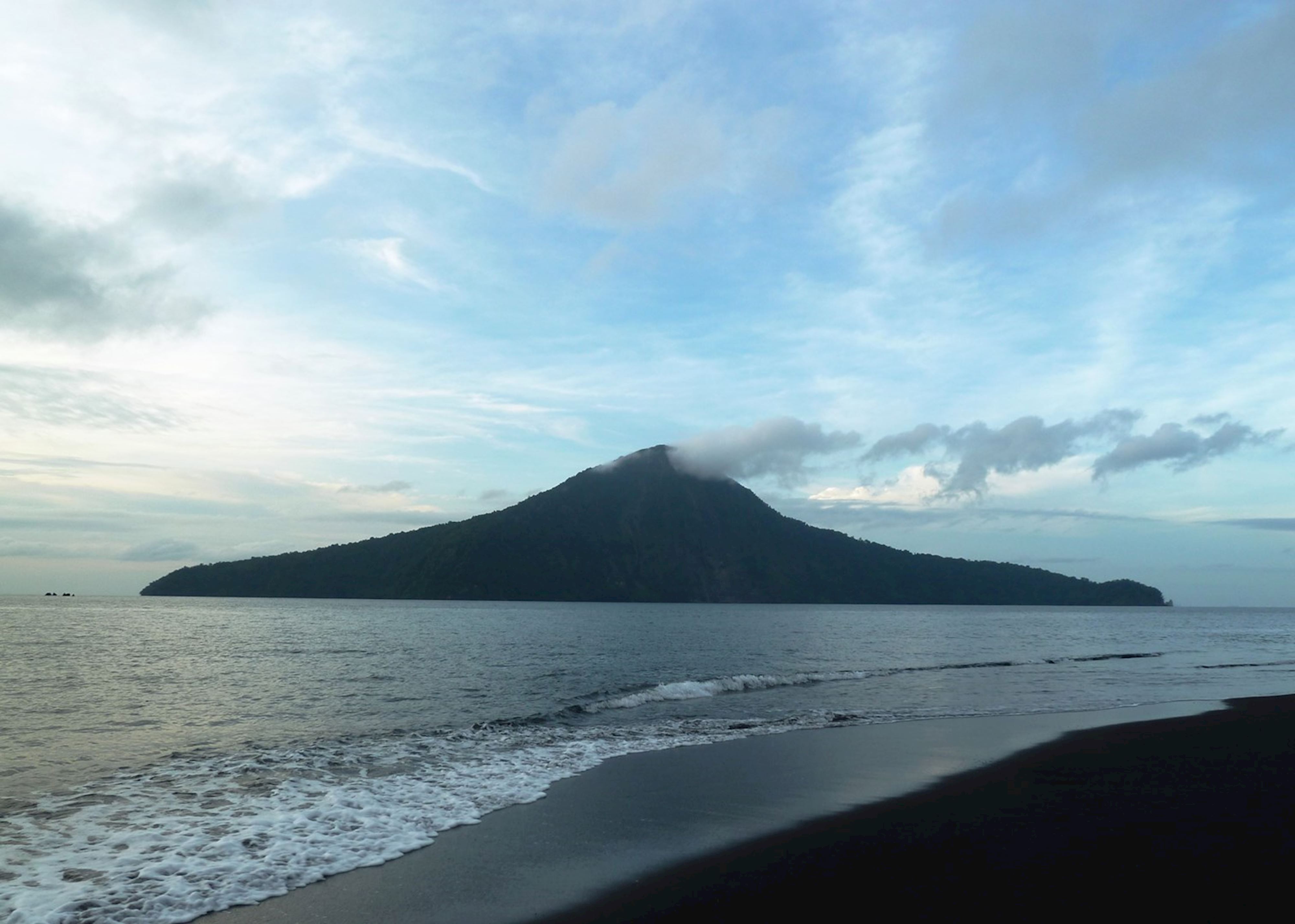 What had been a sizeable island — known to Captain Cook — was now a hole several miles across, and flooded by the sea. In August 1883, after spewing out six cubic miles of rock, Krakatau imploded. It was probably the greatest sound ever heard by modern man, and the shockwaves traveled seven times round the world. The west coast of Java was almost completely scoured of life. And still it goes on. In 1928, Anak or ‘Baby’ Krakatau nosed up out of the sea, and is now growing at the rate of five inches a week. Our boatman took us half-way up. It was like trekking over Mars. “No further”, he said, “or our boots melt.” 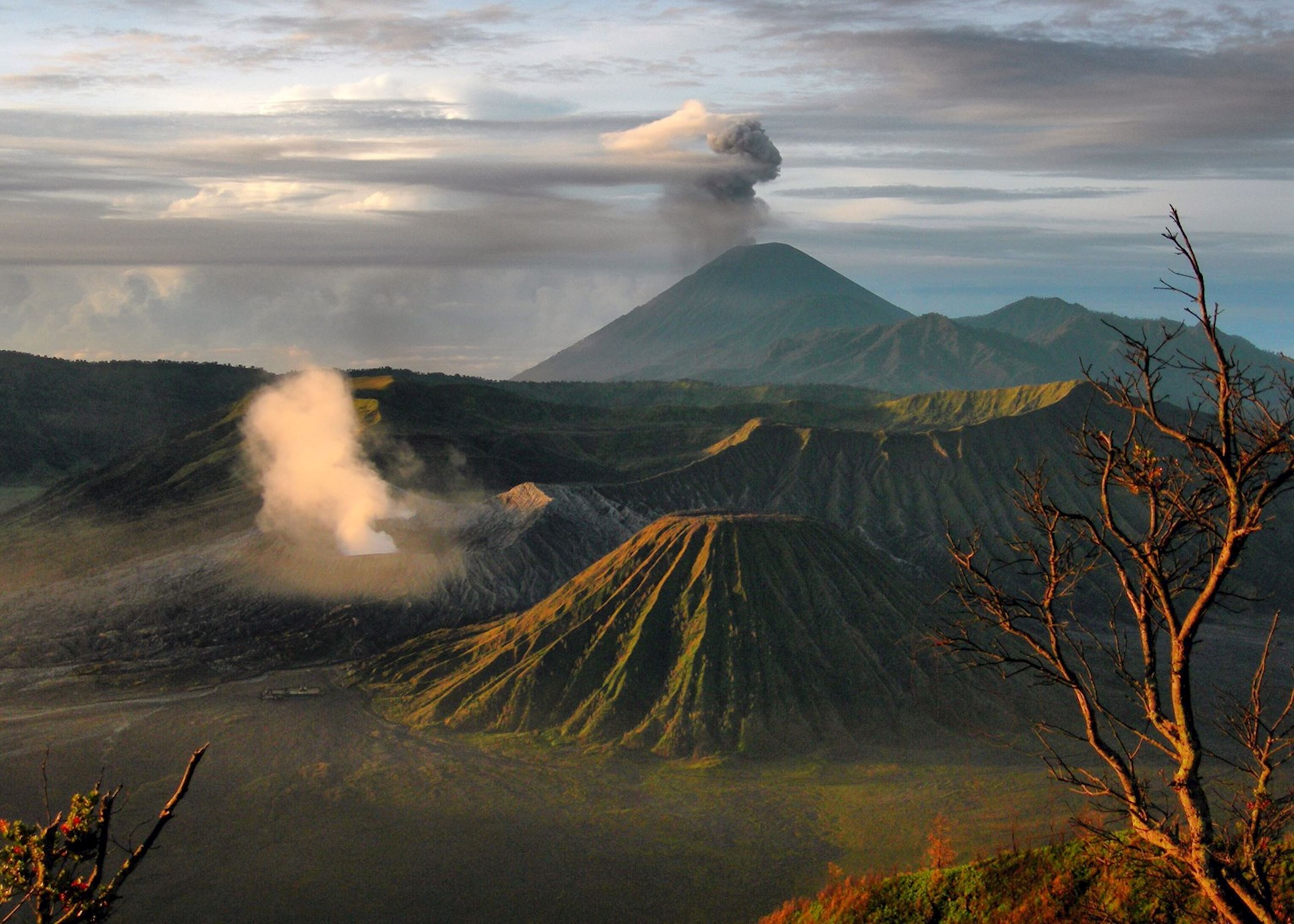 Attention-seeking though it is, Krakatau, is not alone. As we traveled east, I realized that Java was covered in Krakataus. Each pimple was a volcano, including the magnificent Mount Bromo, which grows in the desert-like crater of its predecessor. Life in here is spectacularly raw. The only people who’ll inhabit the crater are the Tenggers, wrinkly Hindu horsemen, descended from Java’s original inhabitants.

I now see that, across the island, ash explained a lot; the fertility, the wealth and the countless invasions. Also, with such uncertainty underfoot, the Javanese had been versatile disciples. Although Java is predominantly Muslim today, dig into the ash, and you’ll find traces of all the great oriental religions. Even now, ninth-century Hindu temples are always popping up out of the soot. The greatest of these was Prambanan, which looked like a pod of giant, celestial rockets, carved out of lava.

Even better was Borobudur. Although Javanese Buddhism has virtually disappeared, here was the largest Buddhist building in the world. It’s a man-made hill, assembled from arches, stupas and statutes. Up there, at dawn, it was not hard to imagine how Dutch explorers felt, when they stumbled out of the forest in 1814. Here was a petrified city, lost to the world for almost a thousand years. 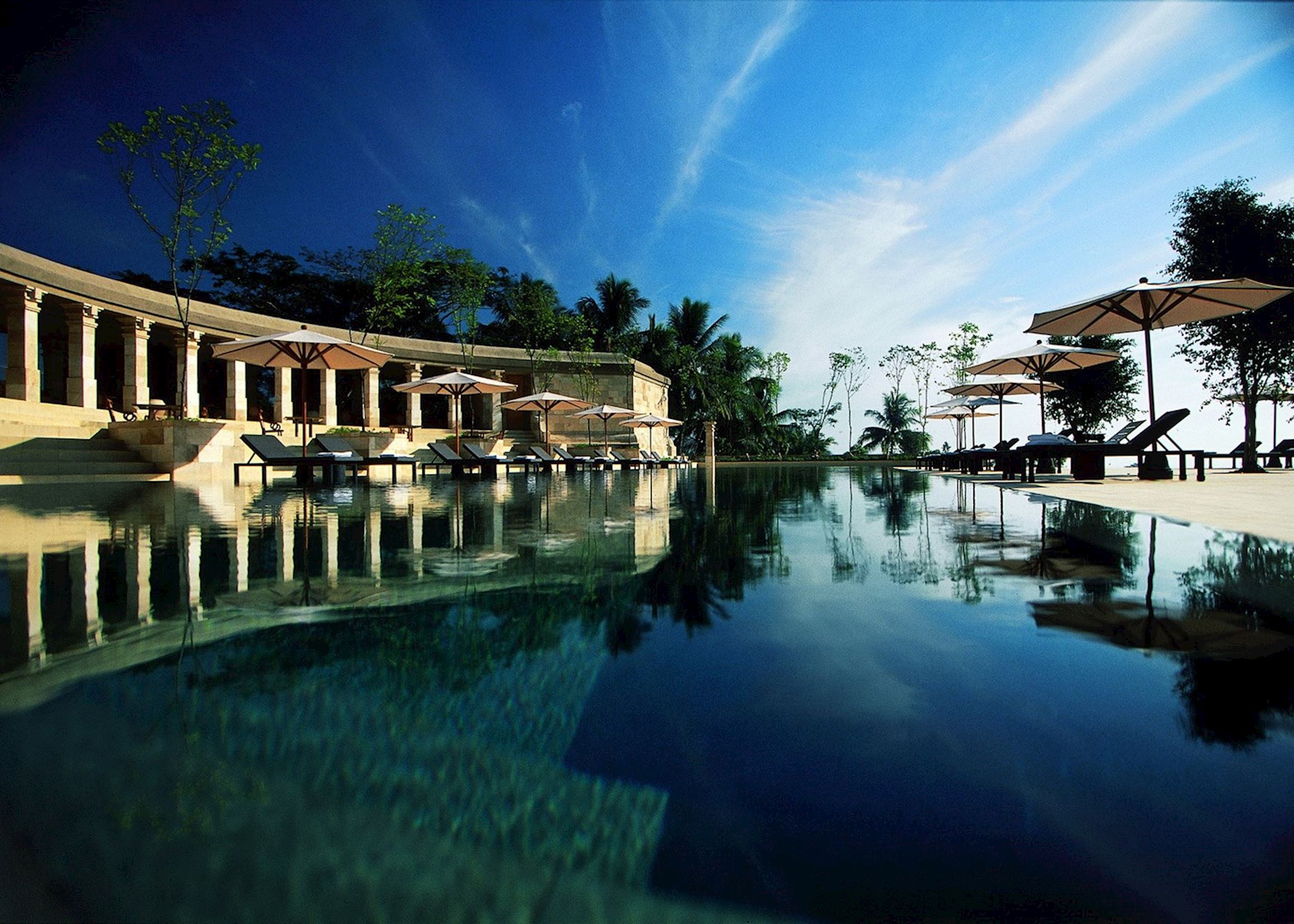 All this needed time to take in, and a good perch. We booked in to the Amanjiwo, which was not so much a hotel as a phenomenon. It was partly inspired by the temple but also had something of the Roman about it, and, in its jungly magnificence, a hint of Machu Picchu. Each morning, we could hear the myriad cries of the muezzins warbling up the valley.

Here was Indonesia doing what it does so perfectly, and that, of course, is waking up.

Since John visited Java, Mount Merapi has erupted. Our contacts in Java are working with a local Community Action Fund and if you would like to make a donation to purchase basic essential supplies to be distributed to local schools and displaced children please call our Indonesia specialists on 1-855-838-2110 for further details.