Sophie journeyed across Myanmar, searching for experiences that connected her with the communities she visited. What she found ignited a desire to support Myanmar’s local communities through being a specialist at Audley. 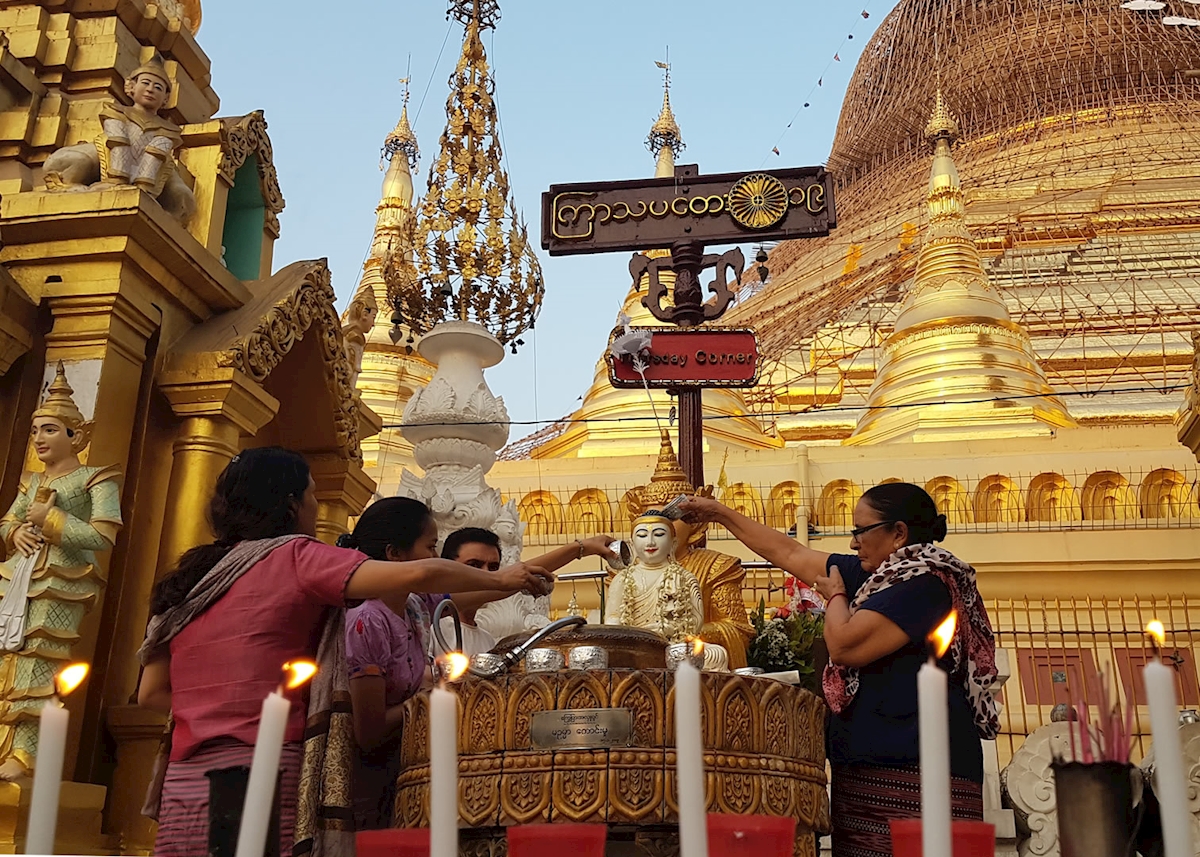 Locals at a temple in Yangon

‘It’s going to be a good year,’ grinned our guide, Richard, as he emerged from a huddle of scarlet-robed men. A freshly erected totem pole loomed above and, at its base, the village elders were finishing their inspection of a series of chicken bones.

People huddled around us in their traditional handwoven dress, from the solemn navy jackets of the Pa-O tribe to the pom-pom headdresses of the Yinbaw. Everyone was waiting for the climax of the Kay Htein Bo festival, where the fate of the coming year would be decided by a chicken’s bone marrow.

While Myanmar’s Kayah State has a mainly Catholic population, animist beliefs still run strong, particularly within the region’s tribal communities. This annual festival is a chance for the tribes to gather and pray for rain, and, after the chicken divination, dance together in celebration of the forthcoming year.

It was the start of my trip through Myanmar with a small group of colleagues. We were here to seek out community-led experiences which have a positive impact when you visit, and put your money into the right hands. It led us first to Kayah, an eastern state only recently opening up to visitors. 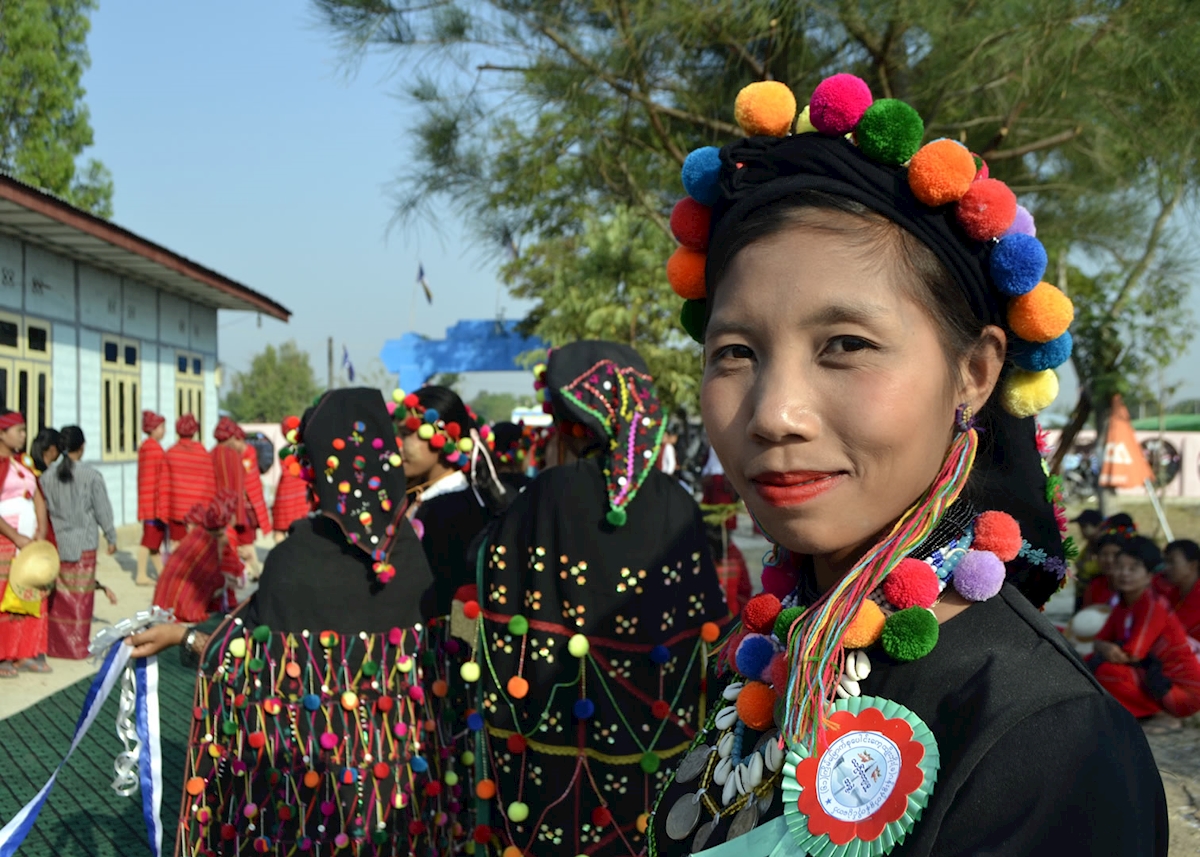 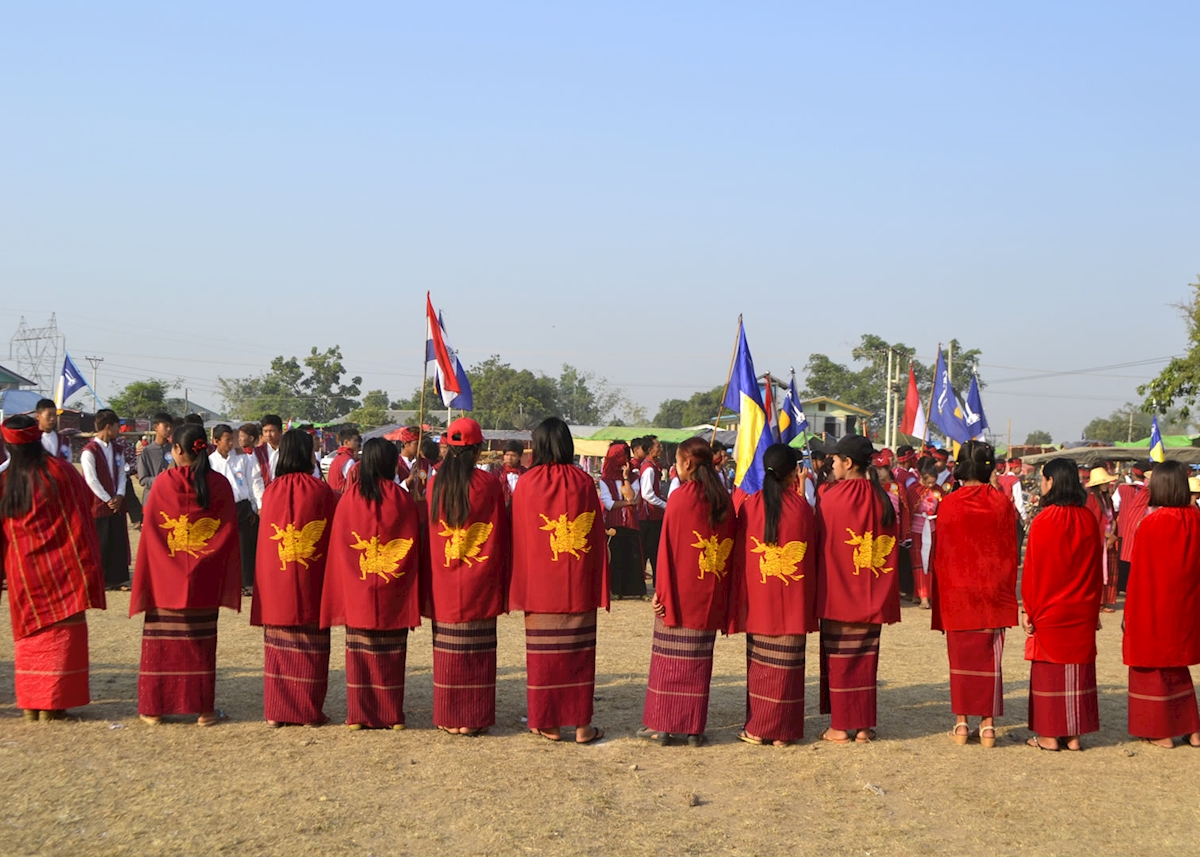 Loikaw, the village-like state capital, works well as your base, and it’s a quick flight from Yangon. From here, local people will lead you in a range of tours that are supported by the United Nations through the International Trade Centre.

After watching the festivities, we set off along a dusty red-earth track to Hta La Leh, a Kayah village. The Kayah are one of the nine largest ethnic communities in the state and particularly anchored in animist tradition.

Below the boughs of eugenia trees, we entered an animist hunting shrine, where villagers worshiped before going out to hunt. A woman from the community, with Richard to translate, showed us totem poles, called kaetoebu, from past festivals. Each tall grey pole is made from a single teak tree, which has to be felled without it touching the floor — if it does, a new tree must be chosen.

Every community is vividly different, and I suggest spending a few nights in Loikaw to explore a variety of villages. The residents of Pan Pet, a cluster of five Kayah villages, have been running community tours for four years, growing organically as more families ask to be involved.

Our guide was Mou Li — ‘call me Molly,’ she smiled — a young woman who wore a baseball cap with her traditional longyi and handwoven top. The community helped to fund her schooling in Yangon, and she was now back working as a guide.

We followed her past pigsties, trails left by chicks and cactus hedges to a stilted house, where we were invited up onto a balcony that caught the soft afternoon breeze. The tiny figure of Daw Mu Aye, a 70 year old who almost fizzes with excitement, rose to meet us.

We were offered know ye (rice wine) and green tea, while Mou Li introduced us. Daw Mu Aye was keen to hear where we’d come from, and (a recurring question from people we met) our marital status. Like other older Kayah women, she wore gleaming bronze coils around her neck and knees.

She then vanished inside, returning with a homemade guitar. ‘She wants to share our love songs with you,’ said Mou Li. We caught a deep laugh from the house, ‘that’s her husband,’ she giggled.

You’d spend your time here in a similar vein, visiting locals who’ve opened their homes to visitors, eager to share their culture. Lunch, cooked in the village, is a traditional jungle picnic — rice, beans, potatoes and chicken wrapped in banana leaves. If you’re prepared for a short hike, you can eat it under the shade of a hilltop banyan tree, looking across Pan Pet.

On the Ayeyarwady River 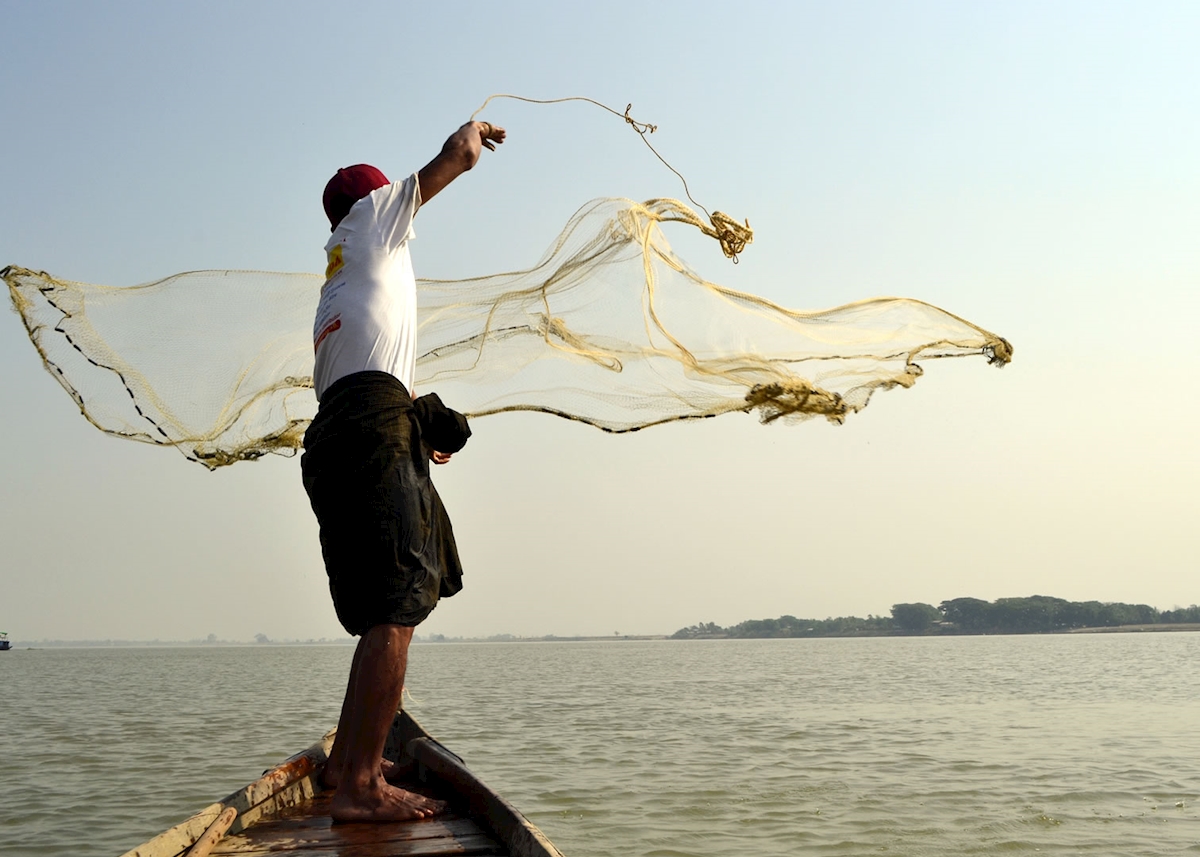 Fisherman on the Ayeyarwady River

The villagers of Hsithe, a community three hours north of Mandalay that sees even fewer visitors than Loikaw, have been fishing alongside Irawaddy river dolphins for generations.

Dwindling river stocks have left the fishermen struggling to make a living, with some resorting to electrofishing. This, in turn, stops fish levels recovering and harms the rare river dolphins. The Harrison Institute, a UK-based conservation charity, has been working with the people of Hsithe to find a sustainable way of supporting their traditional way of life.

The answer awaited us on the riverbanks. As we arrived by boat (the only way to reach Hsithe), Ma Hnin Witt Yee and her team were on standby to welcome us into a traditional stilted teak house —  our home for the night.

Everything, from the hand-loomed bedding to the dining table, had been made by local people, and the ingredients for our meals grown in the village.

It’s a simple stay, with a shower and a toilet in a separate block, but I loved being woken by a cockerel or the hum of an early-morning river boat. Visits are restricted to one booking at a time, so you’d have the place to yourself.

After breakfast, we found that the fishermen had gathered to teach us how to cast nets. It soon became obvious why we’d started this tuition on dry land — net casting is like trying to arrange a very heavy curtain with one hand tied behind your back. Once they were satisfied with our technique (at least sure we wouldn't lose the nets), the men let us join them on the river.

We didn’t catch anything, aside from one giggling fisherman who decided to wade into the water and pretend to be a fish. But, we returned to shore with approving nods for our improved technique. Then there was time for a walk around the community to meet the families of the fishermen who’d chaperoned us that morning.

The fee for a one-night experience at Hsithe goes straight back into the village, with percentages financing dolphin conservation and invested in a community fund. Each person involved in your stay, including the fishermen, also directly benefit. 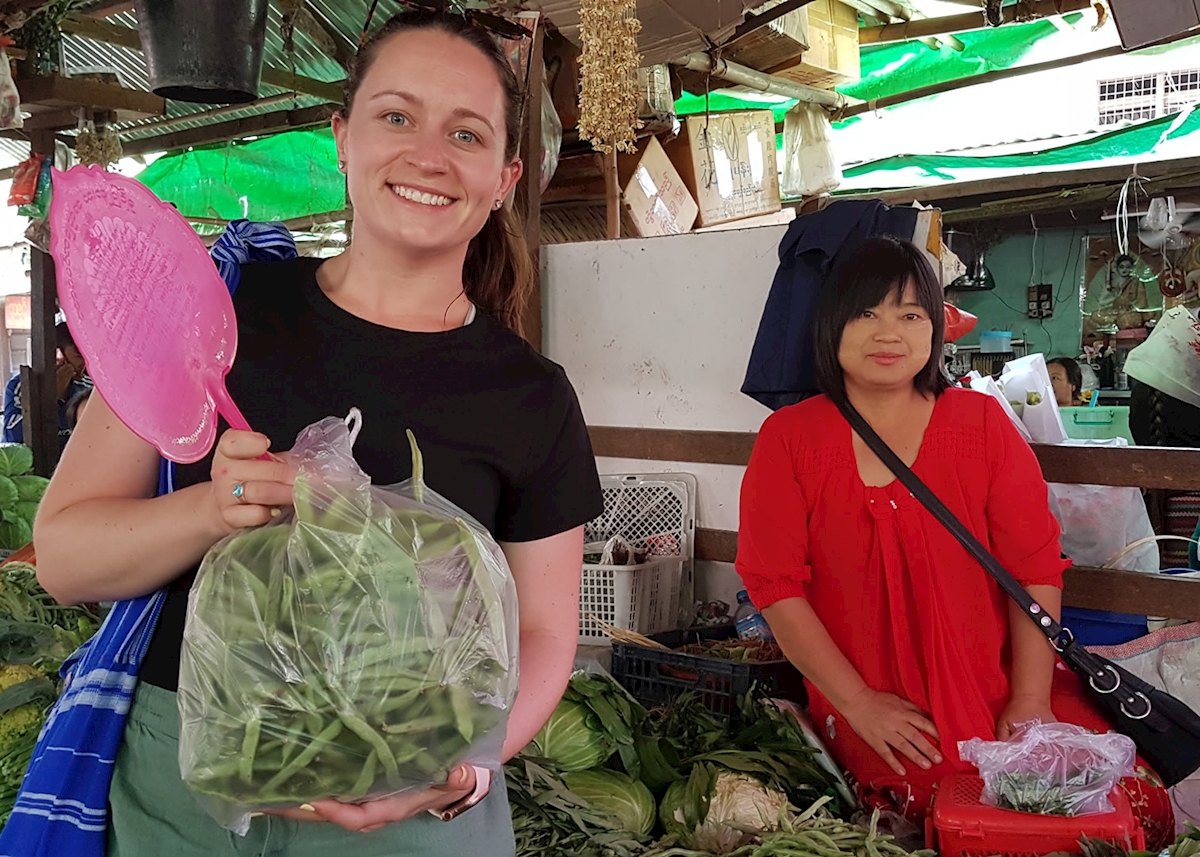 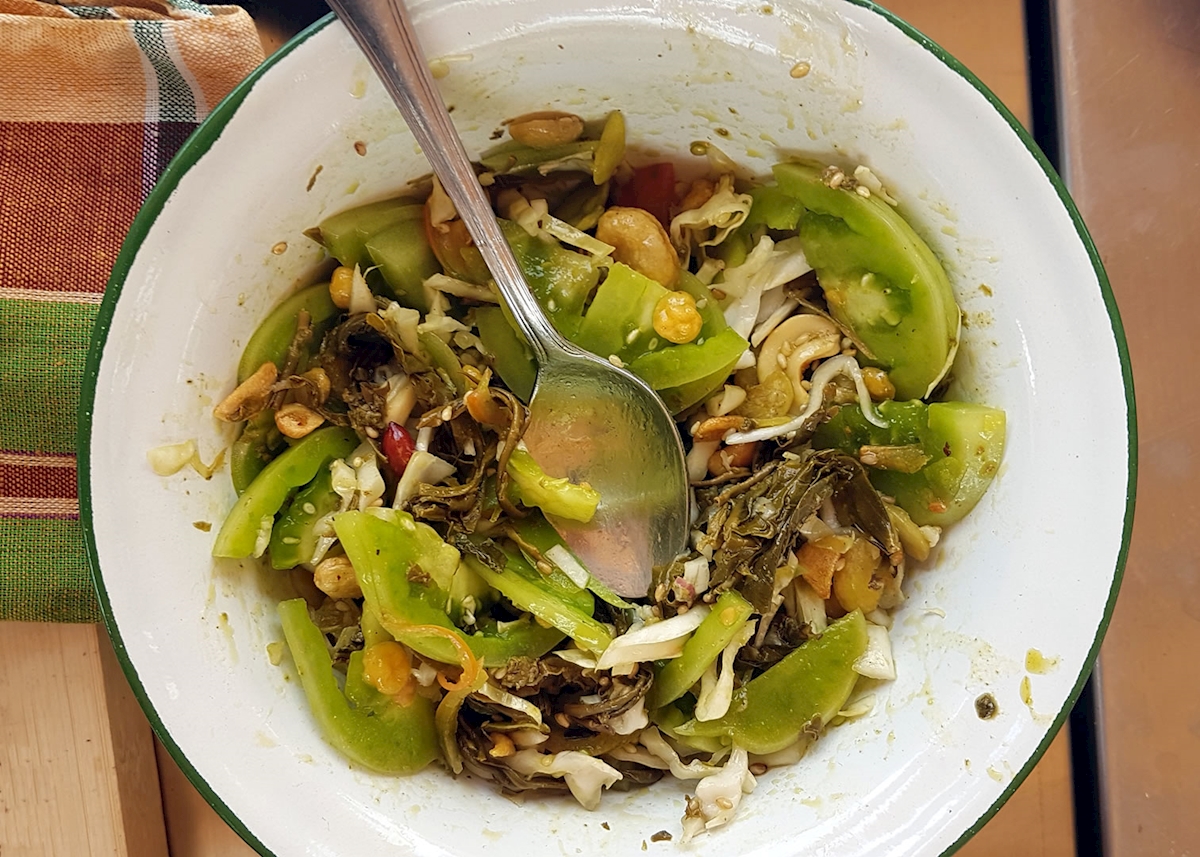 An overriding notion I’ll take from this trip is the sheer number of community-led experiences that are blooming across the country — you don’t even have to travel off-piste to find them.

A short drive from the floating gardens of Inle Lake is Nyaung Shwe village, where Kyaw Swar and his family run a small restaurant. Wanting to support the younger people in his community who were struggling for income, he came up with the idea of a ‘hide-and-seek’ cooking class.

Kyaw Swar was eager to start our visit with a Burmese language lesson (it’s surprisingly phonetic), before handing us an envelope. Inside were instructions for our first task, to procure some gin sein (garlic).

A local arrived to take us to the first house in the village, where Soung Hnin and her young family were waiting. Clutching our sheet of conversation tips, we managed to muddle through our first Burmese dialogue, accompanied by fresh green tea. I then summoned the confidence to ask for some garlic.

Initially, my efforts weren’t quite working. But, after a few attempts and much laughing, she approved my pronunciation and produced a bag of garlic and our next envelope. Her husband appeared at the door, ready to lead us to the next family.

We continued to visit families in the village, collecting ingredients for our cooking lesson and (slowly) improving our Burmese. Each family grows the ingredients they pass on and are paid for their produce before you arrive. For the last task, we went to the local market, where we ducked past flower stalls and basket weavers to buy our final ingredient, watercress.

Back at the restaurant, chef Mee Mee escorted us to the alfresco cooking area, funded by the Business Innovation Facility, a UK-based development initiative. We were given our own cooking station and spent the rest of the morning crushing ginger and frying onions for traditional Inle dishes, including a fragrant fish curry and tea leaf salad.

As we lunched on our creations, I noticed that a small audience had gathered behind us. ‘Good food?’ asks Kyaw Swar. Everyone who’d been involved in our morning experience was waiting for our answer. I twisted my tongue around a new word from the list, yan gon de (delicious). Smiles all round. I must have, finally, got the pronunciation right.

Read more about trips to Myanmar 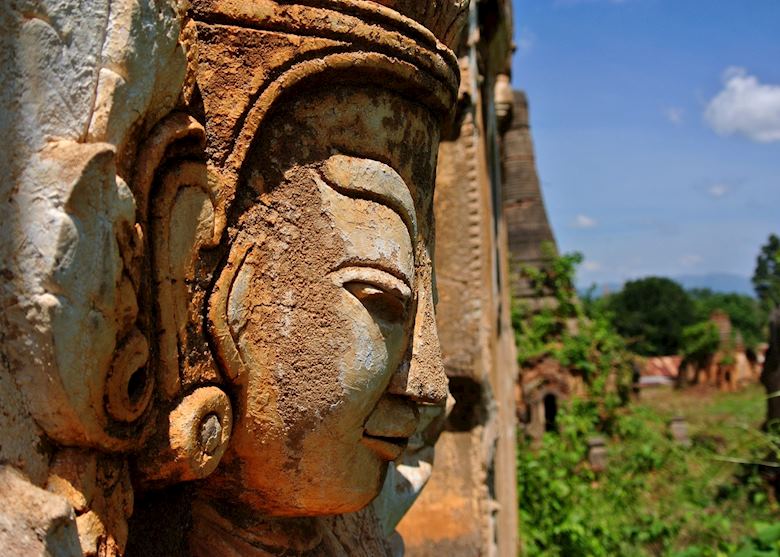 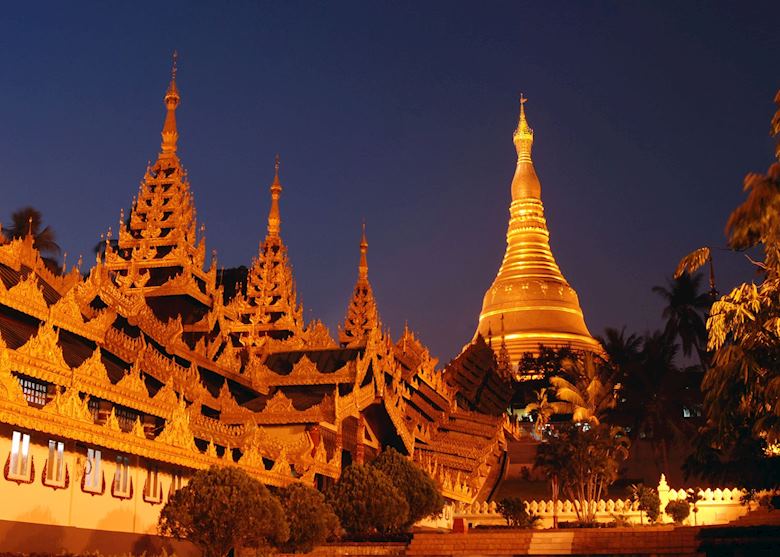 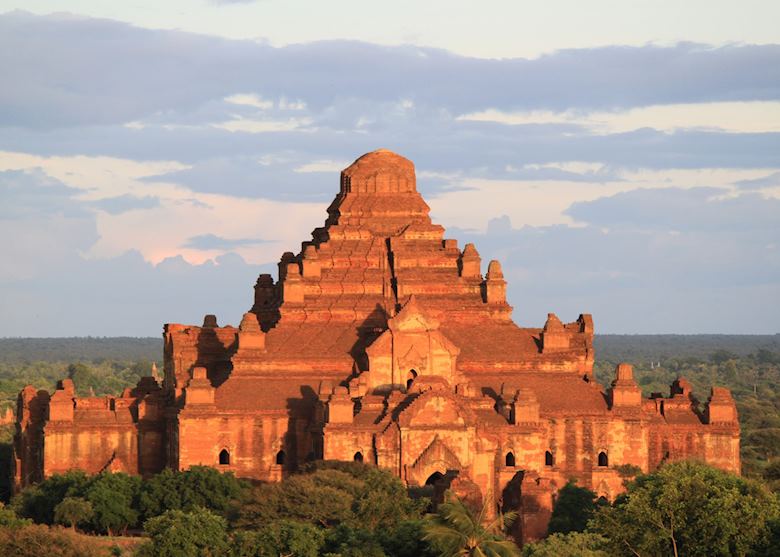 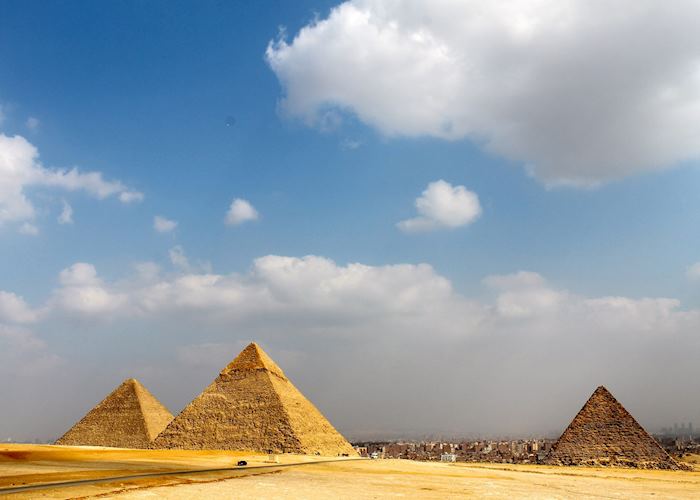 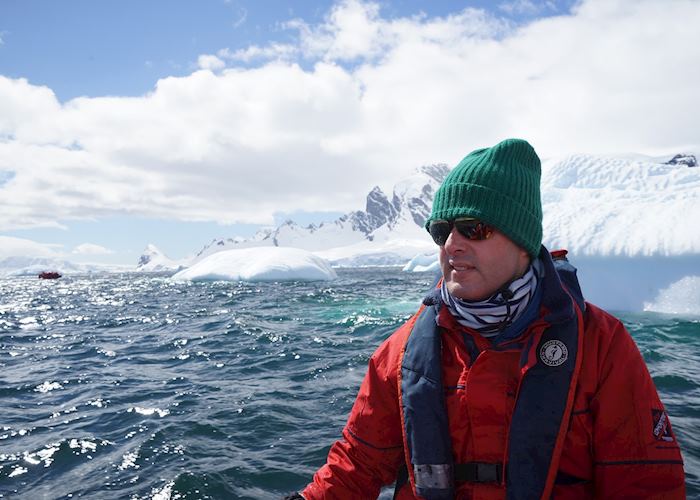 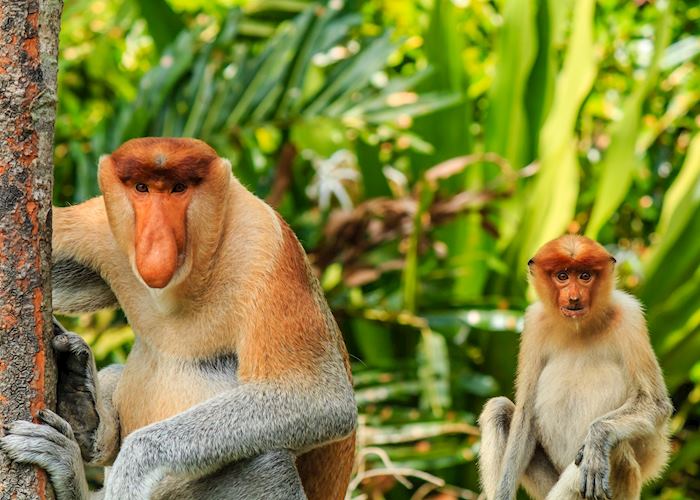 A walk on the wild side in Borneo